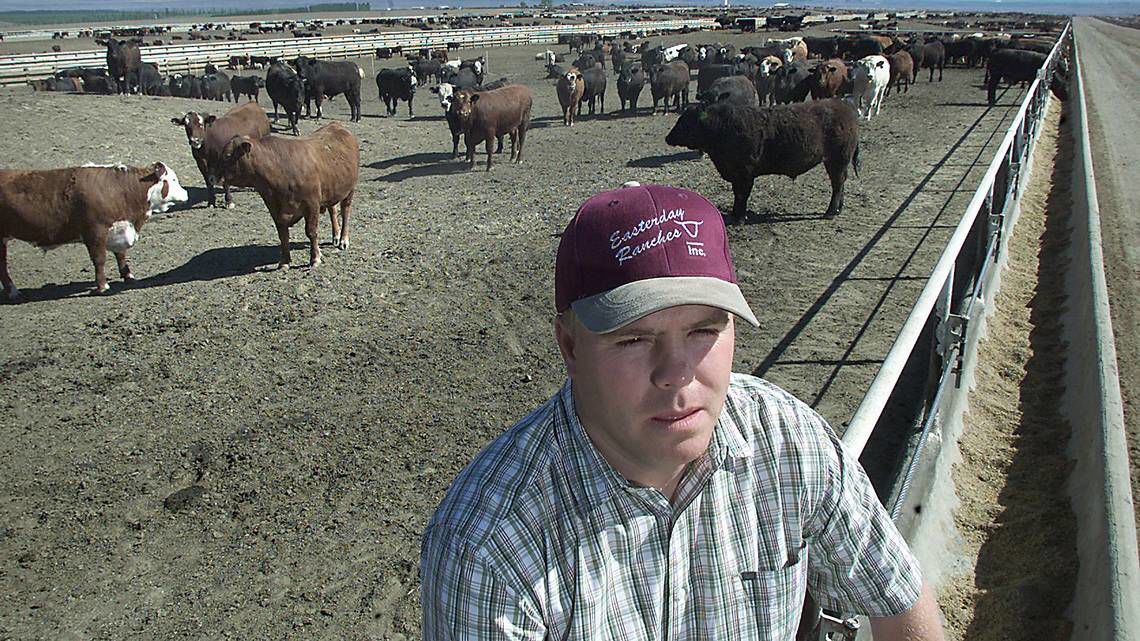 Cody Easterday of Easterday Farms looks out over his feedlot off Nine Canyon Road south of Kennewick in 2005. 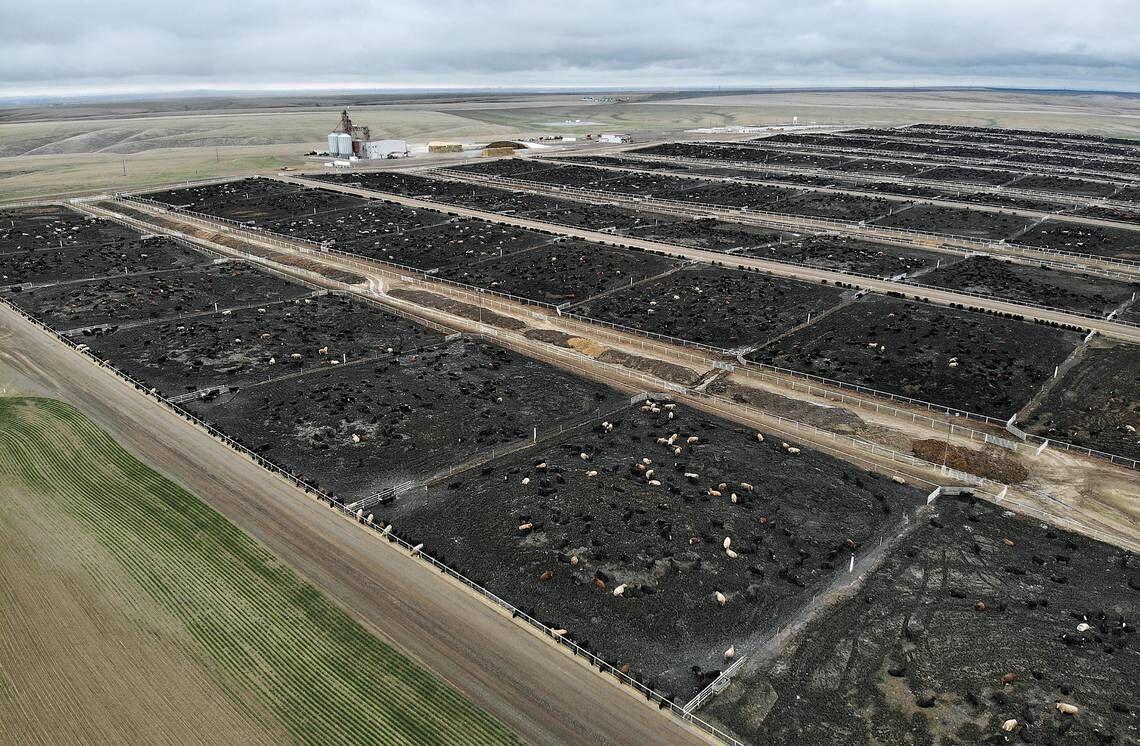 Cody Easterday of Easterday Farms looks out over his feedlot off Nine Canyon Road south of Kennewick in 2005.

Lawyers working to get Easterday farming and ranching operations through bankruptcy reorganization have racked up nearly $4.7 million in fees and expenses in four months.

And the bills keep coming.

The two Chapter 11 cases in U.S. Bankruptcy Court are being jointly administered “for procedural purposes only,” with court staff maintaining one file.

Documents recently filed in the main case detail how much the three law firms hired by the Easterdays are seeking in compensation and reimbursement for Feb. 1 through May 31. They are the most recent fee applications on file.

That does not include the $1.4 million requested by attorneys who are tasked with making sure the unsecured creditors for both companies are represented.

Chief Judge William L. Holt established a court-approved budget early in the case that allows for the “professionals,” or lawyers, to be paid 80% of their fees and 100% of their costs.

Those bills are being paid by the “debtors” and “debtors-in-possession” — Easterday Ranches, Easterday Farms, and members of the Mesa-based family: Cody Easterday, his wife Debby, and his mother Karen L. Easterday.

Karen Easterday is the widow of Gale Easterday, the 79-year-old longtime family patriarch who died in a wrong-way crash last December on a Pasco highway.

Pachulski Stang Ziehl & Jones of Los Angeles submitted a request for about $3.86 million.

Aside from $84,000 in expenses, the rest of that is for attorney fees. More than $2 million was spent in the first two months after the bankruptcy filings, with another $1 million in May.

Bush Kornfeld of Seattle submitted a bill for about $243,000.

Almost half of the money requested by the law firm was accrued in the first two months.

Davis Wright Tremaine, another Seattle firm, is asking for almost $575,000.

The money was pretty evenly spread out over the four months, with about 1/3 of it going toward expenses.

It is serving as special counsel to the Easterday family and their two companies, but also is working on Gale Easterday’s probate matters and “issues arising under the Coronavirus Food Assistance Program,” documents show.

Attorneys with Buchalter firm in Seattle applied for nearly $844,000 in the same period, noting that it already has been paid just over a half-million dollars. The firm represents the Official Committee of Unsecured Creditors of Easterday Farms.

The Cooley firm, which represents the Official Committee of Unsecured Creditors of Easterday Ranches, billed about $562,000. That covers just 1½ months since the firm became substitute counsel for the committee in mid-April.

Before filing for bankruptcy, Cody, Debby and Karen all resigned their officer positions with the family businesses. They transferred control to a group of “independent directors” who adopted changes before the first bankruptcy filing.

Since then, Cody Easterday — who served as president and chief executive officer — has admitted bilking Tyson Foods and an unnamed company out of more than $225 million total.

Federal prosecutors say he concocted the scheme, dubbed a “ghost-cattle scam,” to charge the two companies for the costs of buying and feeding 200,000 cattle that did not actually exist.

That money was used to offset about $200 million that Cody Easterday lost in commodity futures contracts trading.

Despite the fraud, Easterday and Tyson are still working together.

The meat processor advances money to the cattle operation every two weeks, with the amount ranging from nearly $2,200 in late March down to $240 at the end of June, court documents show.

That money is part of the cash collateral that the Easterday companies are allowed to use during Chapter 11 proceedings in order to preserve and maintain their assets, therefore “maximizing the value of the debtor’s estate,” documents said.

Cody Easterday, 50, could spend up to 20 years in federal prison for his guilty plea.

He had been set for sentencing in early August but his criminal attorney, Carl J. Oreskovich of Spokane, recently asked for a delay because of the ongoing bankruptcy proceedings.

He pointed out how Easterday agreed to pay just over $244 million in restitution, and said the bankruptcy cases “are anticipated to generate hundreds of millions of dollars for restitution in this matter.”

“It will be beneficial for all parties to have identified the amount of money that has been paid out for restitution through the bankruptcy prior to the time of sentencing,” Oreskovich added.

“Substantial restitution funds” then should be available at sentencing, he said.

As part of the bankruptcy, the Easterday companies recently sold 18,000 acres of agricultural land in a private auction.

Farmland Reserve Inc., the parent company of AgriNorthwest in Kennewick, had the winning bid at $209 million. The property is in the southeast corner of Benton County, along the Columbia River near Wallula Gap.

AgriNorthwest anticipates closing on the purchase in the next couple weeks.