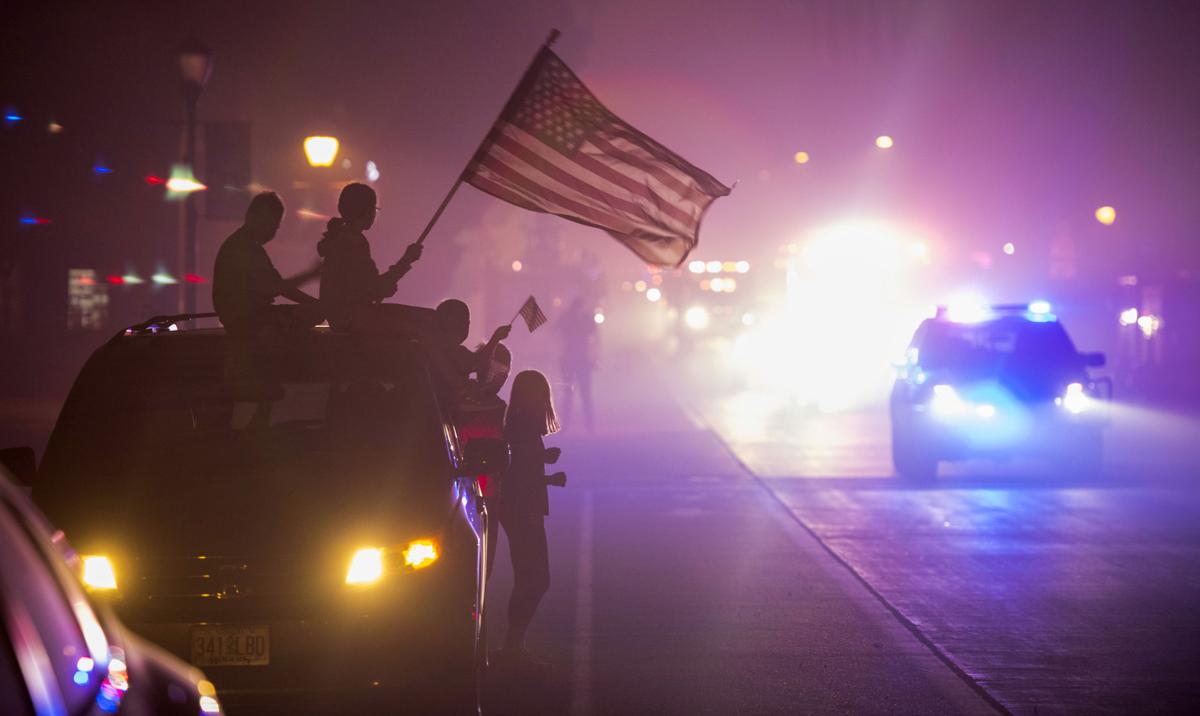 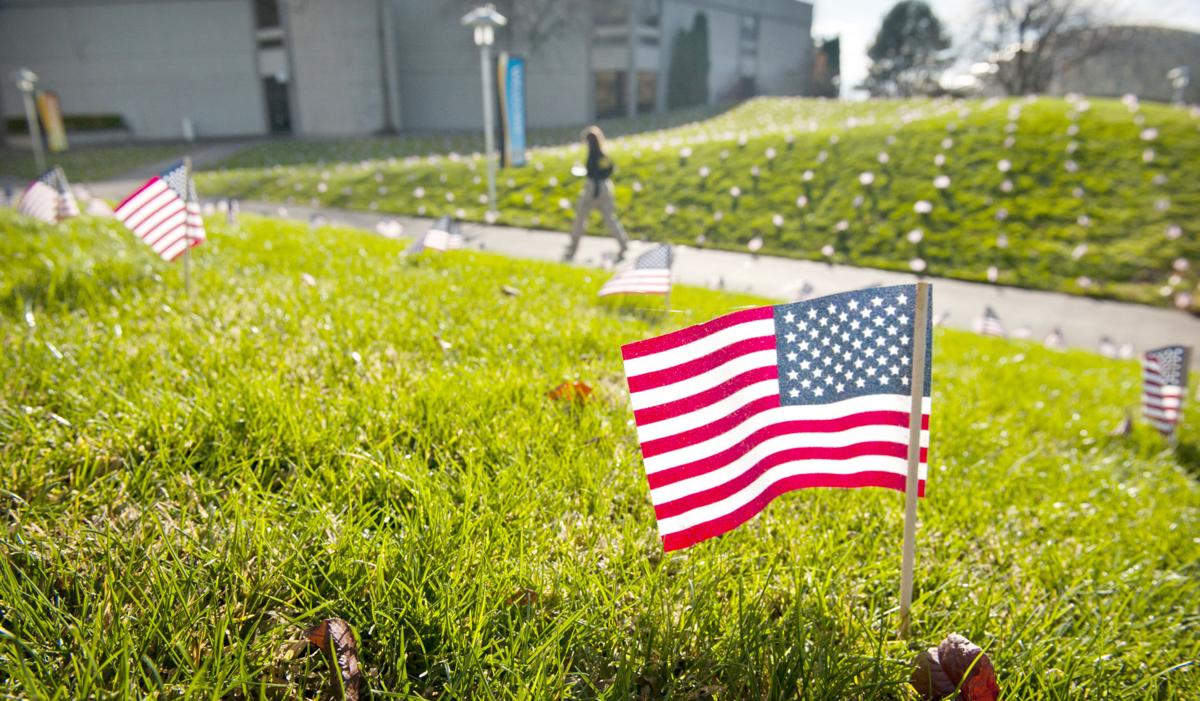 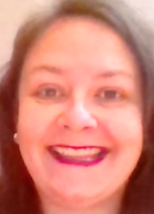 The Union-Bulletin is highlighting stories commemorating the 20-year anniversary of the Sept. 11, 2001, terrorist attacks and the end of U.S. involvement in the Afghanistan conflict with stories, photos and more in print and online Friday, Sept. 10, through Sunday, Sept. 12. For more coverage, please visit union-bulletin.com and click on the link at the stop of the page. And don't miss Sunday's print edition!

One of the most pivotal moments in American history led to its longest conflict, and now that it’s over, local veterans face a long list of questions and emotions. Local advocates have a message for those veterans — “reach out.”

With the end of America’s war in Afghanistan and the approaching anniversary of the 9/11 terrorist attacks, emotions may be running high, or all over the place, for military veterans and their families.

“That will allow you to talk veteran-to-veteran,” Wondra said. You can also text the hotline at 838255.

If a veteran isn’t available, a qualified responder from the U.S. Department of Veterans Affairs will be available, according to the information from the crisis line.

On Sept. 11, 2001, Americans stood in shock as the Twin Towers fell in New York City and nation’s defense headquarters — the Pentagon — was on fire as terrorists inflicted an attack on U.S. soil.

What followed was a period of patriotism as Americans desperately sought to find answers for who did this and why they did it. People enlisted in the military as the call for a “War On Terror” reverberated.

More of the U.S. government’s immediate response may come to light with the recent announcement by President Joe Biden of declassification of documents related to the attacks.

However, it ultimately led to Operation Enduring Freedom as the U.S. invaded Afghanistan to weed out terrorist leader Osama Bin Laden, and his supporters.

Bin Laden was killed in 2011, but U.S. troops stayed until just recently, trying to help establish a long-term democracy and capable military.

The final U.S. troops were airlifted from Hamid Karzai International Airport at the end of August as the Taliban quickly rolled back through Afghanistan and took back control.

More than 800,000 Americans fought in the country’s longest war, including some local residents. Interviews with local veterans had been planned for this story, but they ultimately declined, citing too much stress over their complicated emotions.

And their emotions are indeed complicated.

Veterans and their families across the United States must grapple with difficult questions and harsh realities. Men and women fought and were wounded, and some even died, including one man from Walla Walla — Mathew Fazzari, who died at age 25 in June 2012.

Stories of sacrifice and courage have come from the war. But the question of “why?” may will still linger.

Even national voices for veterans have varied greatly.

One veteran-turned business leader, Bajun Mavalwalla, told a Boston-area radio station that some of the cultural progress brought to Afghanistan is “irreversible,” despite the Taliban’s influence. A vocal veteran blogger, Laura Jedeed, said the only good thing she could think of was the ”grim relief” that no more American soldiers would die following the end of the war.

For those who answered the call to serve in the military, there is another call they can make after their service.

Team members at the Veterans Crisis Line are all too aware of the connection between war trauma and suicide.

Veterans Crisis Line spokesperson Mike Liguori wrote that he joined the Marines because of 9/11. He came home empty, wishing he had died overseas. He attempted to commit suicide. Instead, he “learned the hard way” that life is too precious to give up.

The stories like Liguori’s reflect sorrowful statistics: depression, PTSD, suicidal tendencies, substance and alcohol abuse and addiction. Life in war can be harrowing and life after war can be disheartening.

The line is completely confidential and free for all veterans, whether or not they’re enrolled in the VA.

While the crisis line is an important here-and-now tool, there are other area resources that local advocates hope get used.

“Who would have served in Afghanistan? Solidly, it’s going to be my generation,” Turner said Thursday, a day before World Suicide Prevention Day. “I graduated from high school in the year 2000 and a great number of people I went to school with ended up joining the military.”

Generally, Turner said, those people are men and now in their mid-30s to mid-40s. Hence the importance of groups like Men in the Middle, run by Reach Out.

“Those tend to be kind of the lost group when it comes to mental illness, depression, potential for suicide,” Turner said.

Reach Out has identified men between the ages of 35-64 as the “most vulnerable group” in the Walla Walla area — and it’s highly likely that there are multiple Afghanistan veterans among them.

In previous reporting this year by the U-B, Reach Out Executive Director Peggy Needham said all seven suicides in Walla Walla County in 2020 were men, with the average age being 51.

Men in the Middle has been a point of passion for Reach Out, Turner said.

The key is community. Men in the Middle depends on men who are there for each other and honest in their struggles. From there, building a cadre of confidants is crucial.

“Make connections with other people in the community,” Turner said. “Really, it’s about reducing the amount of isolation.”

Local advocates and leaders at Veterans of Foreign Wars Post 992, American Legion, and the VA said it can be tough to get veterans of recent wars to open up about their ordeals, but there are many community resources, including counseling and mental health services through the VA, support groups such as Men in the Middle, and, of course, the Veterans Crisis Line, which can point people in the right direction for more help.

Wondra, with the VA, said if the current events seen in the news trigger emotions, both old and new, it’s important to know what’s available to you.

The question of “was it worth it?” might not be answered, but it can at least be asked.

If you are a veteran in need

When you need help

In Walla Walla County, Comprehensive Healthcare has a crisis helpline at 509-524-2999. It is answered 24/7 by trained crisis responders and is open for everyone.

During a crisis call, staff will develop a safe plan to resolve the immediate crisis.