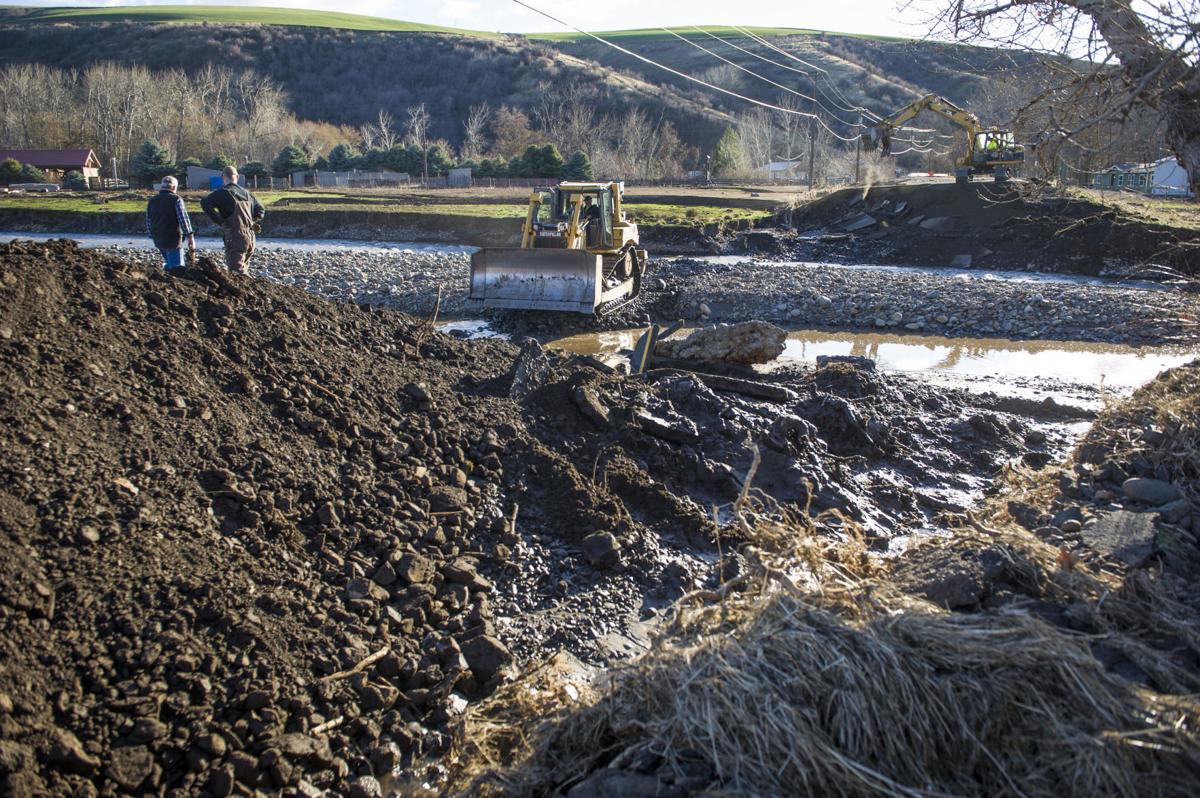 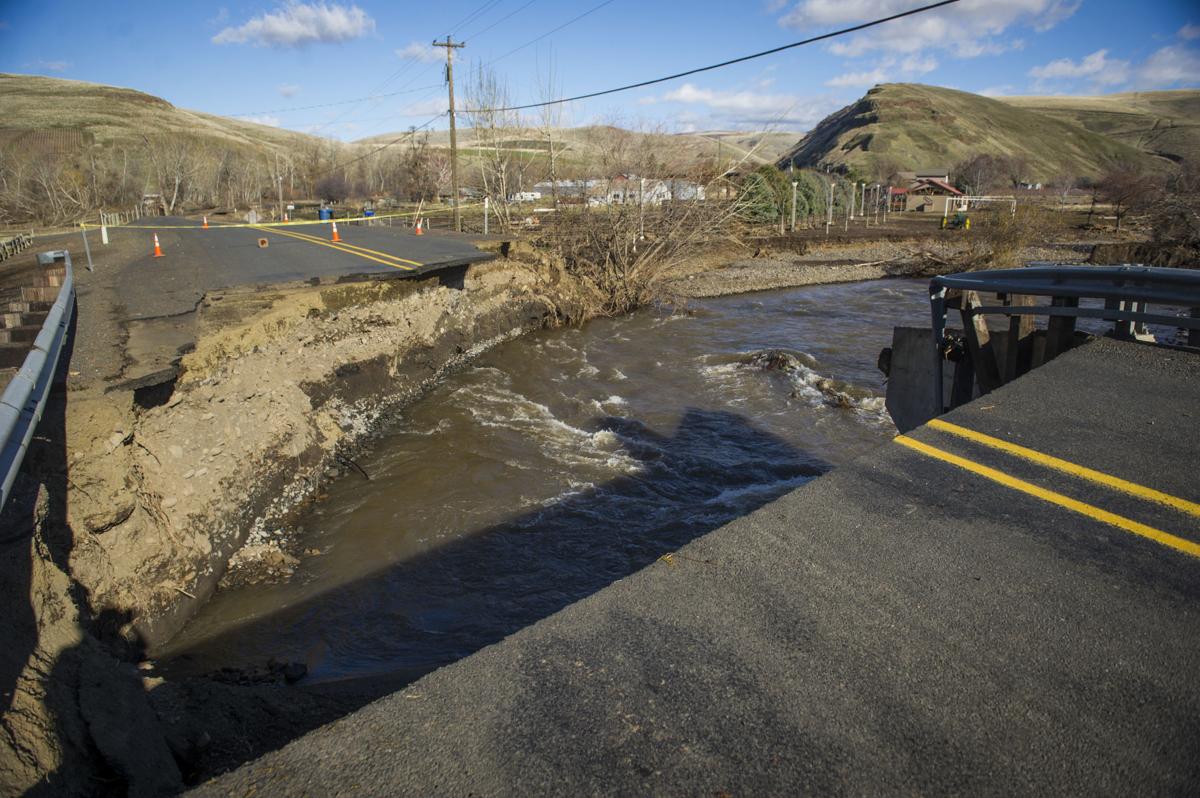 Waters rush through the gap Monday afternoon where this smaller bridge washed out on Walla Walla River Road. The larger washed-out bridge is at the upper left of the image.

Waters rush through the gap Monday afternoon where this smaller bridge washed out on Walla Walla River Road. The larger washed-out bridge is at the upper left of the image.

The result is the Umatilla Joint Flood Information Center, which has been pumping information out on a regular basis.

Chris Ingersoll, spokesman for the Oregon Department of Military in typical circumstances, is part of that effort.

“We’re moving from rescue to recovery. We’re assessing damage, and folks are coming back to homes,” Ingersoll said Monday.

Monday’s weather brought cooler temperatures and no rain, adding no new threats of flooding, Ingersoll said in a release.

The search and rescue operation is turning into an assessment process, and county crews are evaluating roads and damage to county equipment, he said.

Oregon’s Department of Transportation is continuing to work on damaged sections of Interstate 84 throughout the area, and crews will continue to inspect and repair roads and structures. The same is happening to Walla Walla River and Mill Creek roads.

As of Monday, Highway 204 going to Tollgate and beyond remained closed between Andes Prairie and Summerville Road, officials said.

Milton-Freewater City Manager Linda Hall said her staff is working with county officials and developing plans for the recovery stage of the disaster.

She and others are meeting daily via teleconference to trade notes and discuss moving forward, Hall said today.

Officials are working to create a one-stop shop for flood assistance and reporting, she said.

Milton-Freewater’s public infrastructures are being assessed by city crews, and the presumption is the Water Control District’s engineer will assess the levee, as was the case during the flood stage, Hall said.

A number of private contractors worked with Water Control District officials to supply the city with fill rock, trucks, excavators, backhoes and more to save residents from what could have been far worse consequences of the flood, the city manager said.

City Hall employee Sheila Jasperson said this morning the town was not nearly as impacted by flooding as other areas, although she couldn’t speak to the situation on Weston Mountain.

In town, clean up is getting started and the city will provide dumpsters for wood and organic flood debris.

More dumpsters will be made available for other kinds of garbage, a news release said.

Weston residents are urged to photograph and make videos of flood damage and submit to PineCreekFlood@outlook.com, with details and an address.

As well, people are urged to call the city at 541-566-3313 to be placed on a list for possible Federal Emergency Management Agency assistance to homeowners and renters.

City officials said they will be updating residents on public property cleanup.

Umatilla County officials are urging homeowners, renters and businesses impacted by the weekend’s flood to report damage by noon on Thursday.

“If your neighbor doesn’t have internet access, or has a hard time getting around, walk over there with your mobile phone. Take some photos, and use the website to walk them through the process,” Littlefield said in a release.

This information will be used to show evidence of widespread impacts to the community and to request additional financial support from the federal government.

However, such assistance is not a supplement or replacement for insurance coverage; people and business owners should also report to their private insurance companies, he said.

Coordinated flood responses so far this week include:

On Monday, officials assessed the most heavily affected areas as operations, including:

Information: A website has been set up to hold flood resources in one location. Go to co.umatilla.or.us, scroll down and click the flood information link. Links to details on public health, utilities, damage reporting, roads and other resources are there.

Updates will be posted on the Umatilla County Sheriff's Office Facebook page.

To support flood relief and make sure donations stay in the area, three organizations are collecting donations:

United Way has allocated $20,000 to Walla Walla and Columbia counties and $10,000 to Umatilla County to support 2020 flood recovery efforts, according to a release today.

All additional donations will go towards flood relief and recovery efforts through its Disaster Fund, along with the proceeds from their fundraiser, Tastiest Taco contest.

The Disaster Fund will provide organizations that specialize in disaster response with financial support as they work in clean-up efforts, home repairs and other needs that are part of long-term recovery from the 2020 flood.

For more information or to donate, go to uwbluemt.org.