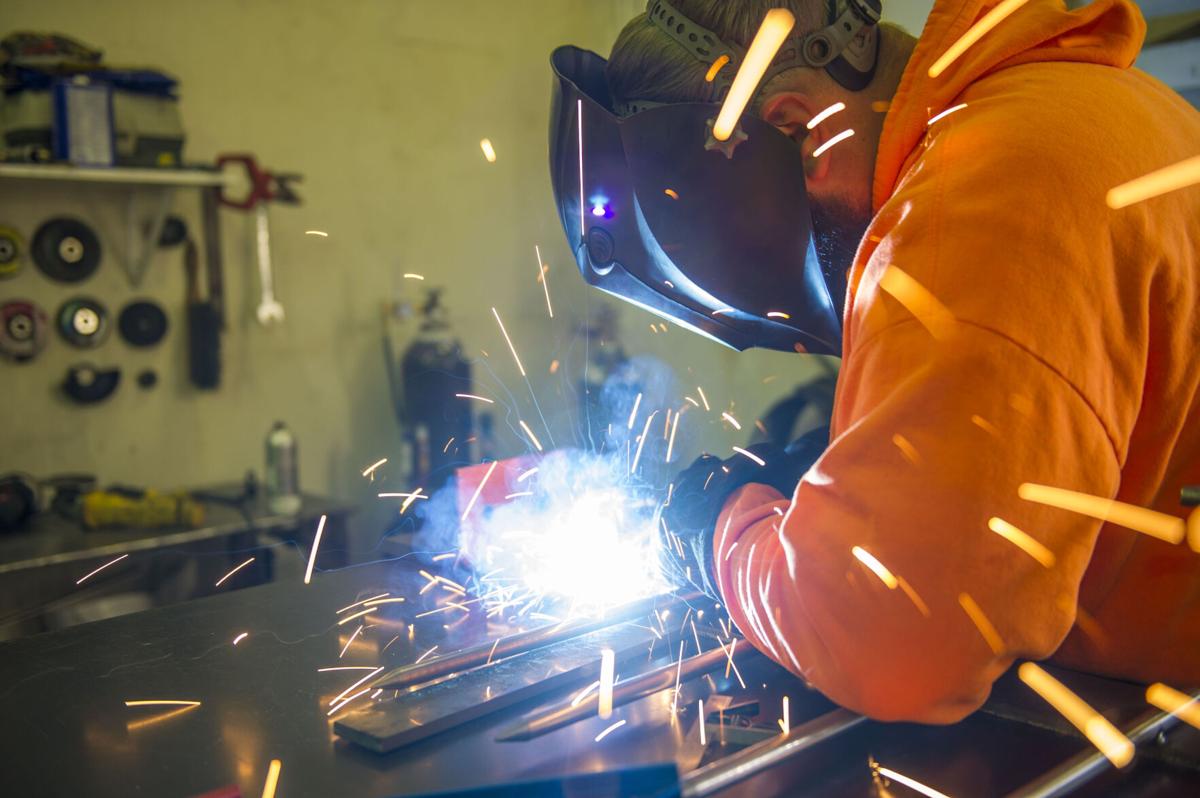 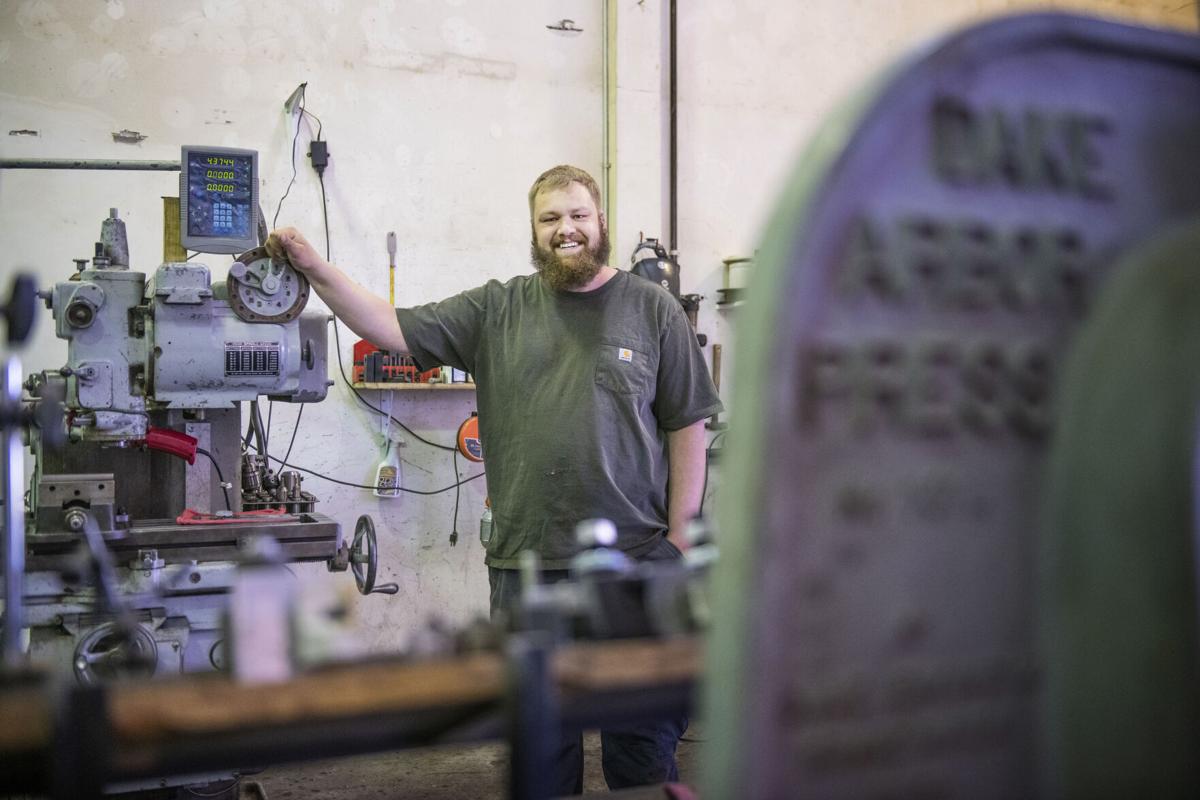 Mike Pierce with some his metal-working equipment at his Pierce Precision Machines shop in Milton-Freewater, Friday, April 23, 2021. 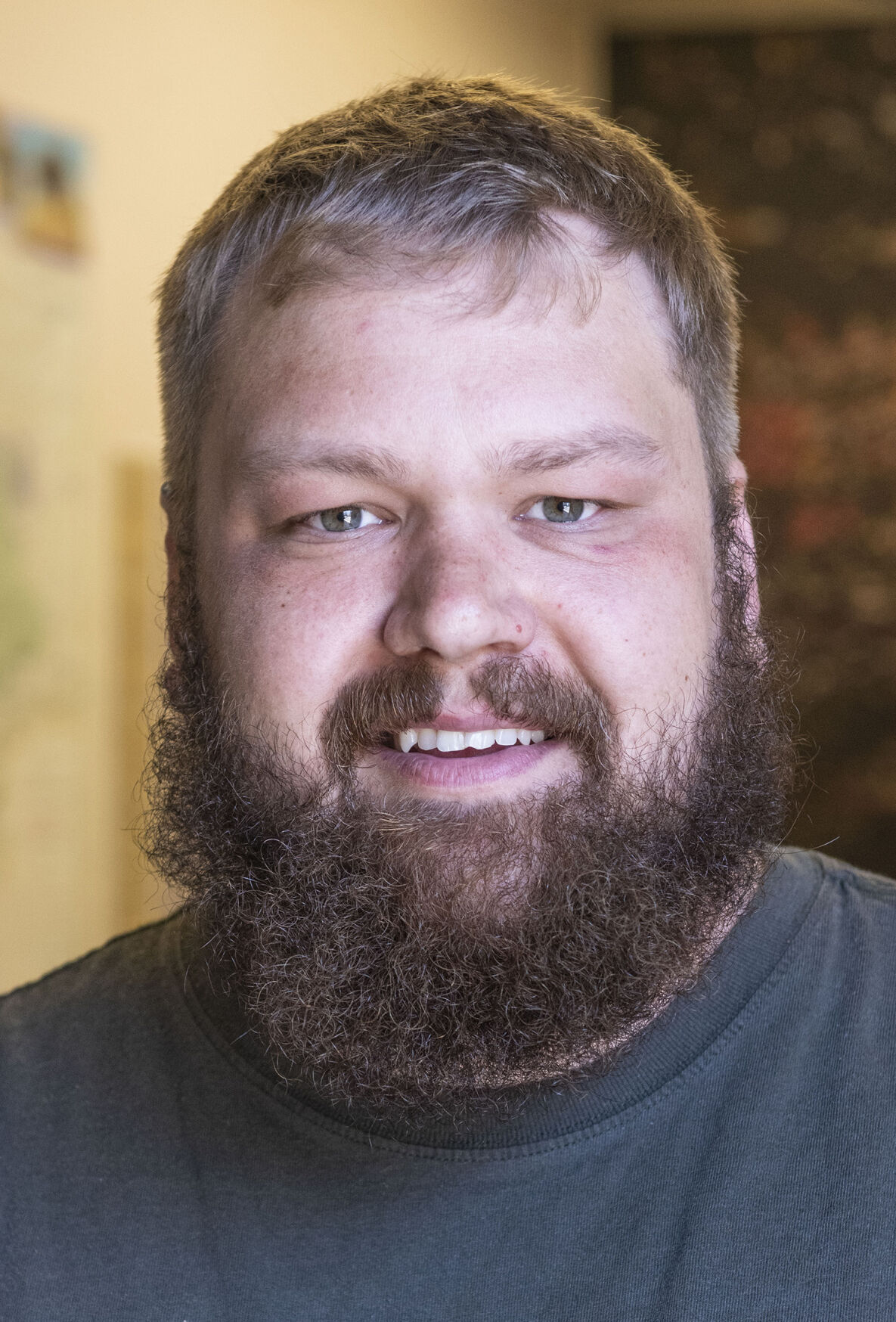 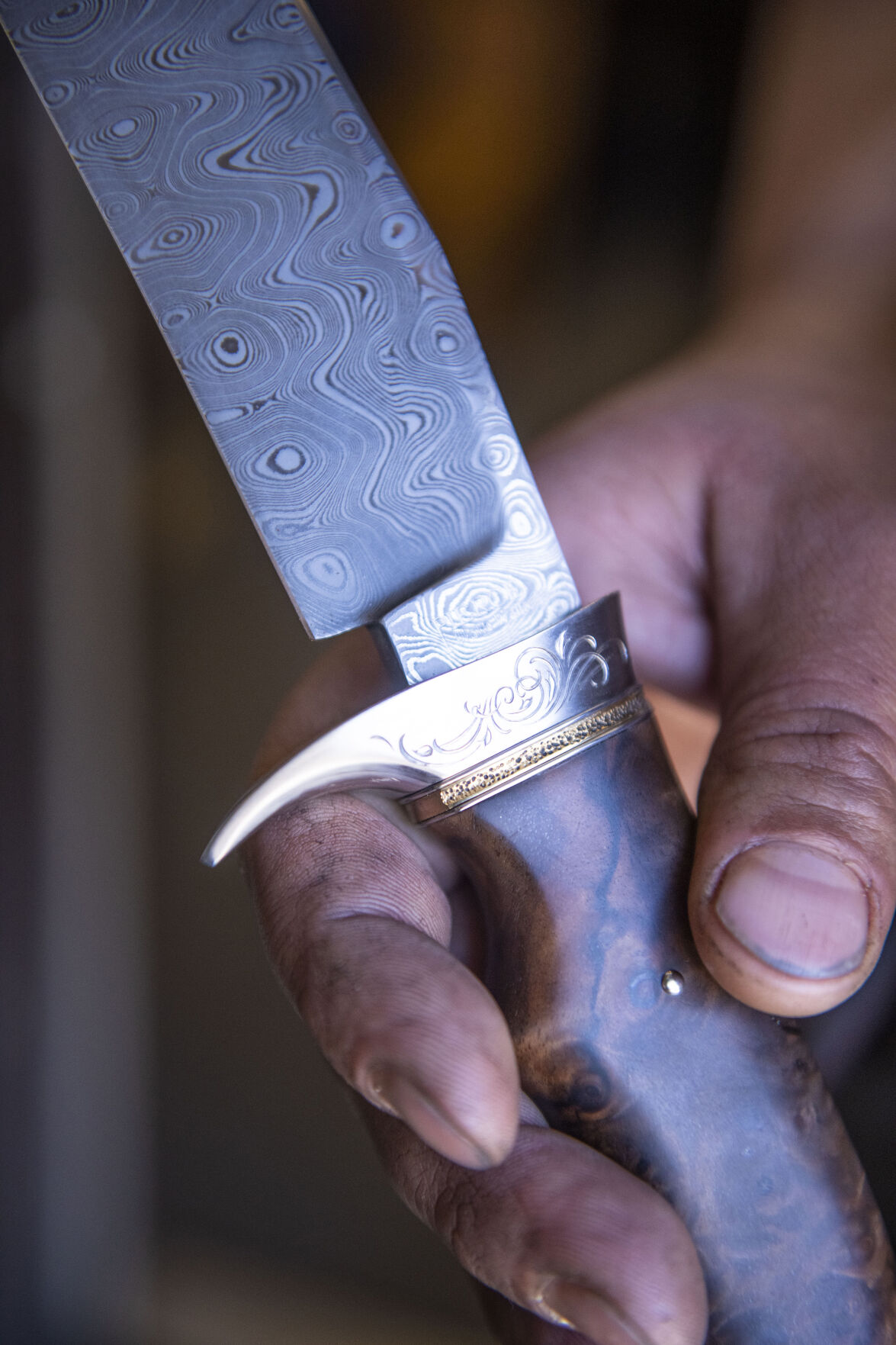 Mike Pierce shows one of his custom knives Friday at his Pierce Precision Machines shop in Milton-Freewater.

Mike Pierce with some his metal-working equipment at his Pierce Precision Machines shop in Milton-Freewater, Friday, April 23, 2021.

Mike Pierce shows one of his custom knives Friday at his Pierce Precision Machines shop in Milton-Freewater.

The shop owner, David Young, told him not to worry about the price, and Pierce asked if he was hiring. Though the answer was no, Pierce persistently came into the shop and even started sweeping the floors for free.

After an employee didn’t get some parts right, Pierce made them the right way, and he was hired.

This sparked a long-time career in machining and welding and opening his machine job shop in Milton-Freewater, Pierce Precision Machines, LLC, which provides custom machining, fabricating and welding services.

The shop opened in March and is located at 321 Peabody Street.

He hopes the job shop will carry on the legacy of his friend, mentor and the owner of Hard Rock Machine Works, David Young, who died two years ago and the shop closed, Pierce said.

“He taught me everything, ” Pierce said. “I had never touched a welder before I went into Hard Rock.”

Pierce worked at the shop for about six years. Together they invented some parts for a wind turbine.

“Now there in use all over the world, every single Vestas wind turbine comes from the factory with one of the little jobs that we invented, which was kind of cool.”

He said his stepdad had done machining his whole life and taught an industrial manufacturing and precision machining course at Blue Mountain Community College and had a shop in his garage, so it runs in the family.

Pierce was also a marine engineer for the U.S. Merchant Marines, and he worked at various shops in town until he decided to strike out on his own. Now they refer each other for work depending on specialties.

His specialty is his knowledge about metallurgy, the compositions of metal and how they react to temperature changes.

“It helps play into this kind of stuff a lot because whenever you’re welding and stuff, there’s a lot of heat input, and so you’ve got warpage, and then you’ve got all sorts of different alloys of steel that you need to match with the correct filler rod.”

“There’s different processes ... like we do a lot of cast iron welding and it takes a special nickel rod and then we’ve got to put it down in ash and vermiculite to let it cool down at like a really stable rate.”

He learned how to produce a lot of finely finished work by working as a bladesmith and even landed a spot competing in the History Channel series “Forged in Fire.”

The shop also sells steel and can cut the customer any amount needed.

“We’ll take in all the jobs that nobody wants to do,” he said.

Only they don’t do engine machine work.

“We do fine precision machining, all the way up to greasy dirty (work),” Pierce said.

One day he is working on a walker or fixing someone’s metal art for their yard and then the next, he’s working on making parts for an airplane engine valve system — no project is too small.

Right now, he is building a custom hay baler. Typically companies make ones that hold four or 10 bales, but his customer’s tractor is too small, and they still don’t want to buck the bales by hand, so he is custom-making one to fit the tractor that will hold eight bales.

“We make things out of metal,” he said. “We weld all metals, steel, stainless, aluminum, titanium, cast iron, brass …”

Mainly, he aims to fill the need that came when Hard Rock Machine Works closed, and there was a great need in the valley for someone to do machine work and a lot of agricultural and construction repair work.

“If you have an old plow (that needs repair), the company probably went out of business like 60-80 years ago because your grandpa probably bought that plow. And it’s a plow, so it’s not like you need to get a new plow every year.”

His shop will repair it.

“It’s really like a dying breed of people. Everybody in the U.S. kind of has like throw-away mentality,” he said. “That’s not feasible for the majority of situations.”

With a name like Pierce, knife-making may have seemed a serendipitous career path.