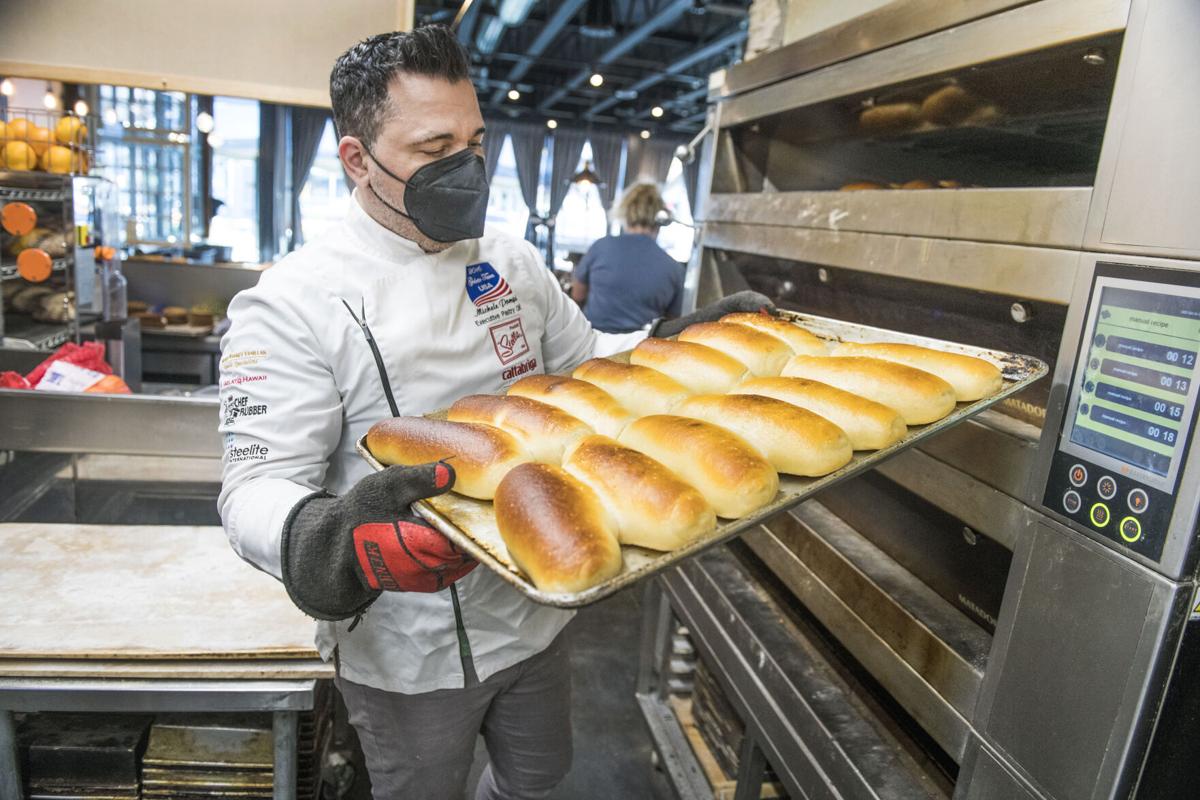 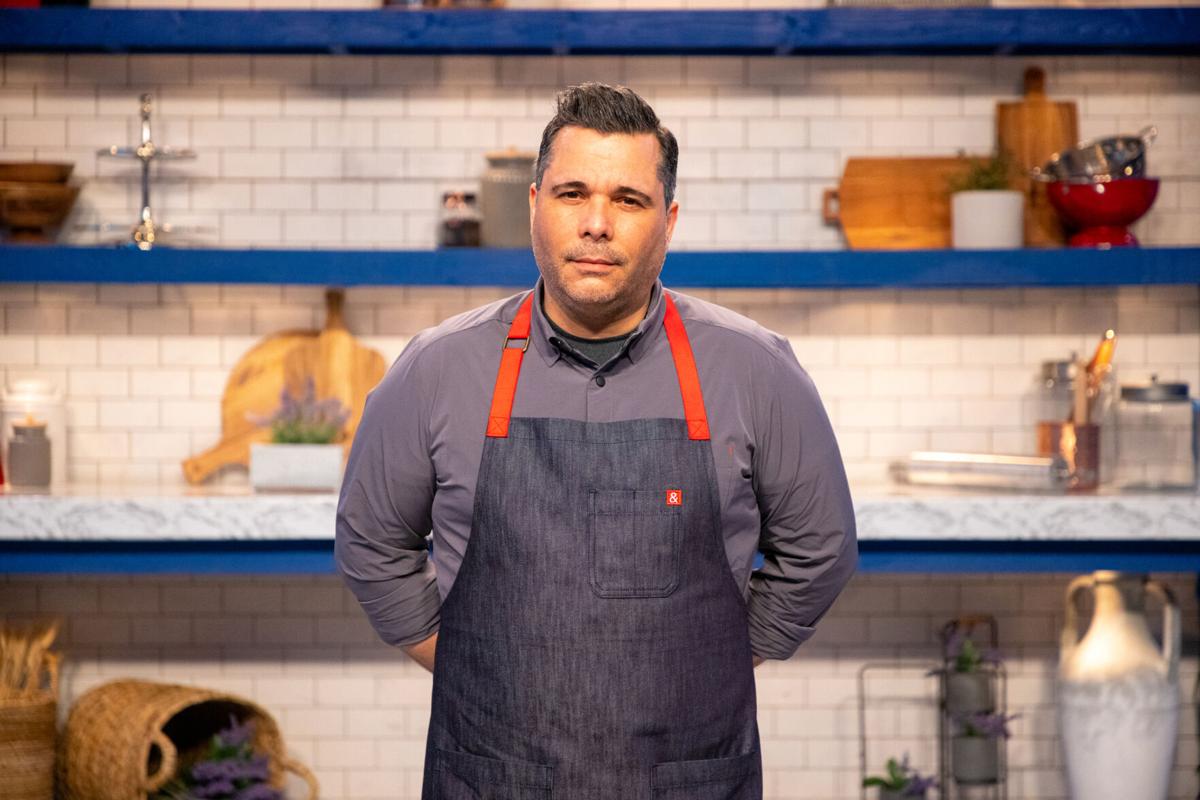 Contestant Michele Pompei on the set of Season 4 of “Best Baker in America” on Food Network. 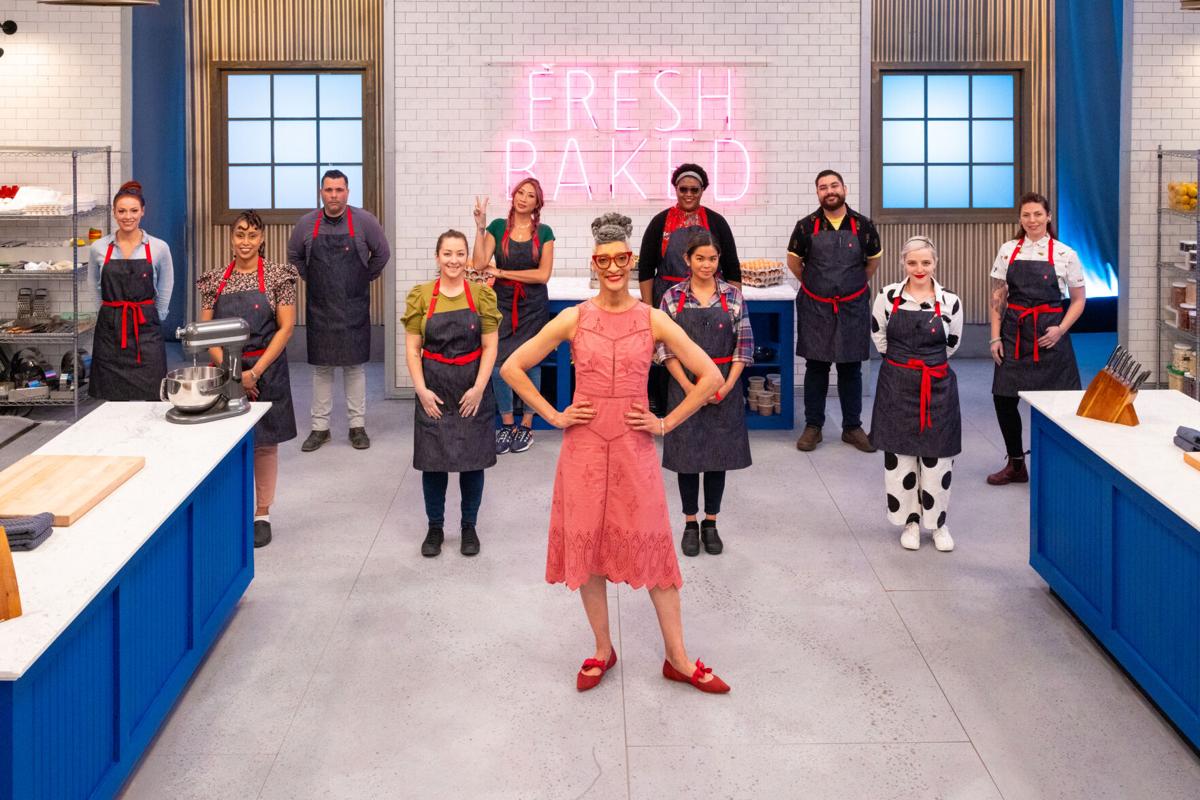 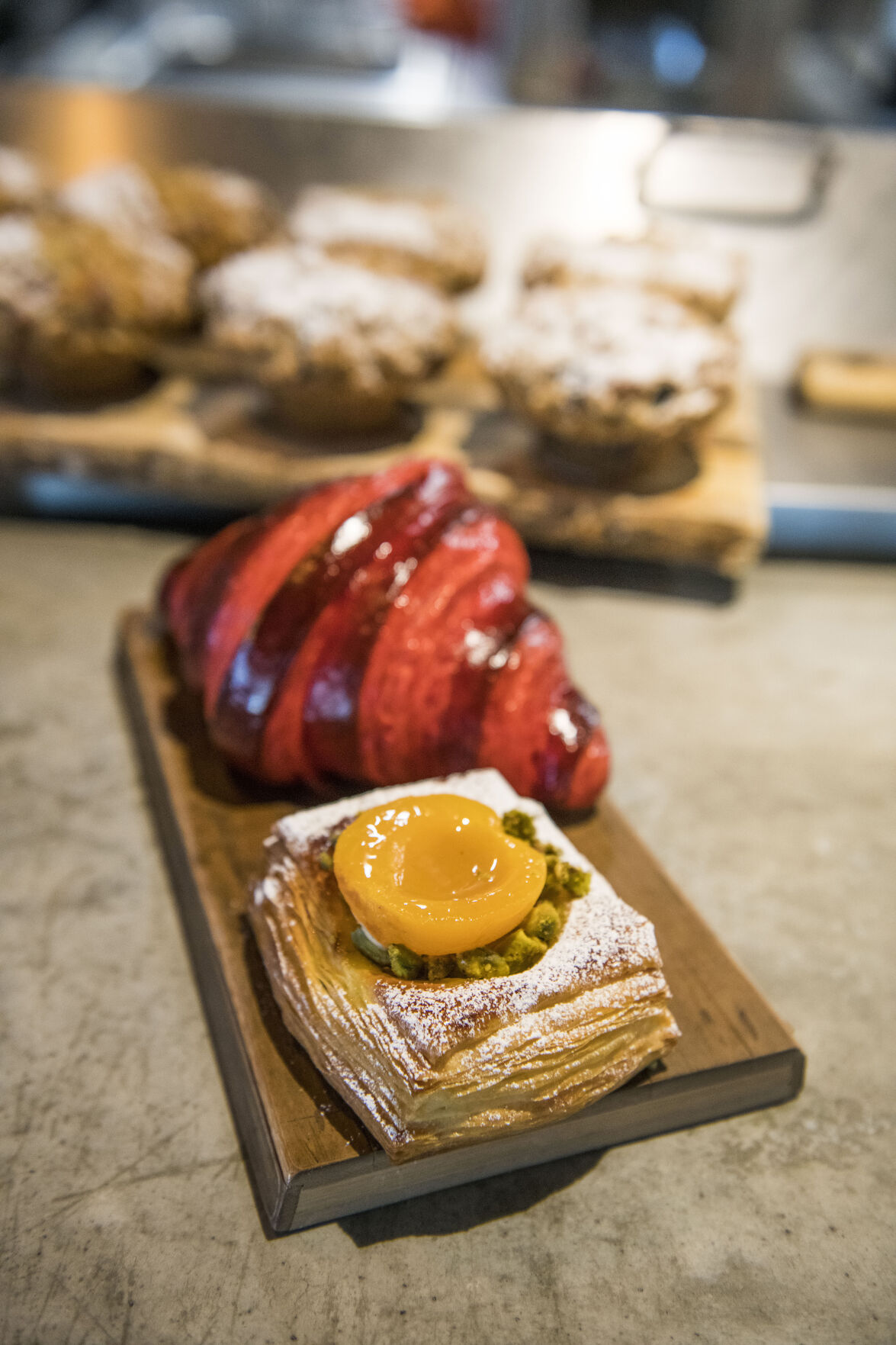 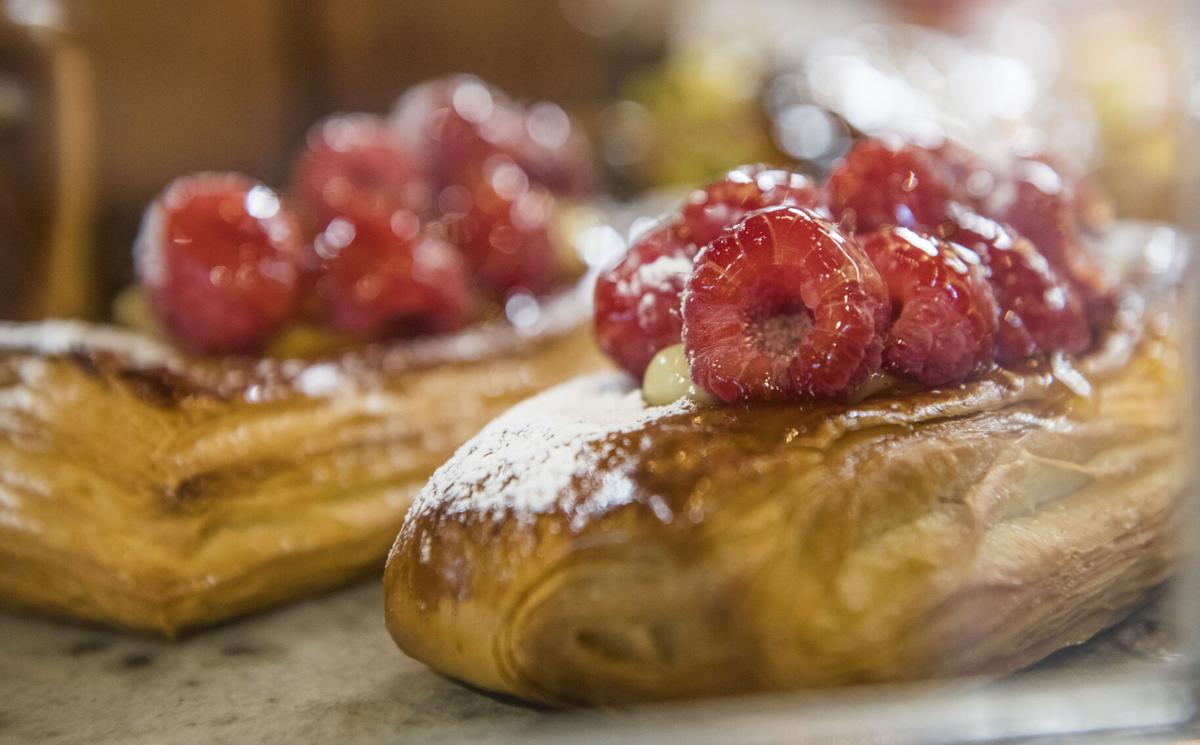 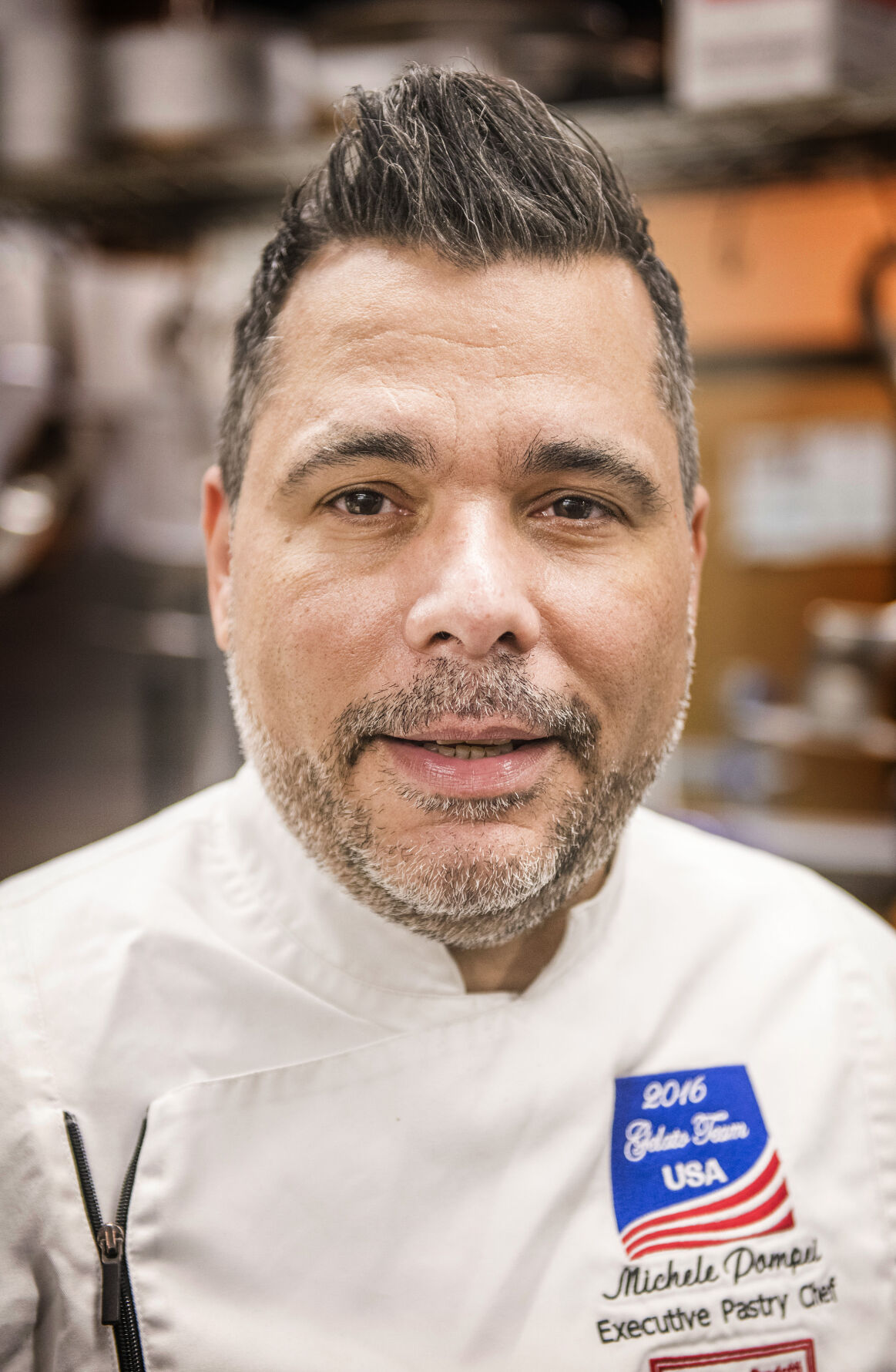 Contestant Michele Pompei on the set of Season 4 of “Best Baker in America” on Food Network.

From the ovens of Walla Walla Bread Co. to your TV.

Walla Walla baker Michele Pompei, known locally for the breads and pastries at his downtown restaurant and bakery, will be taking his baking talents to the small screen.

Actually, he’s already done so. Pompei will be featured on the upcoming fourth season of the Food Network show “Best Baker in America.”

Pompei, of course, is not allowed to reveal how far he advanced in the 10-baker competition — there’s nothing worse than spoiling a show, or a batch of cookies, for that matter.

But no matter how far he went, he said just being on the show is what takes the cake.

“I have done many, many different things and I’ve had different accomplishments,” Pompei said. “But Food Network ... not everybody has the opportunity. To me, it’s a very great accomplishment.”

Pompei is no stranger to representing his home in a competition — he represented Team USA at the 2016 Gelato World Cup in Rimini, Italy.

And Italy is actually his birth home — the place where his passion for cooking and baking first began to germinate.

“I grew up in an Italian family where cooking and baking is in the blood,” Pompei said. “I don’t want to do anything else, other than this (baking).”

Pompei spent his childhood in Latin American countries, then did an apprenticeship in Italy and spent time in Europe before coming to the U.S. to continue his culinary quest, including founding a bakery and working for Le Cordon Bleu schools and the Ritz-Carlton Hotel Co.

Pompei met his wife, Coral, while working in Orlando, Florida. The two opened up a pastry business in Seattle and quickly became very busy.

The dream was always to open up their own shop again — something Michele Pompei had done for 10 years in Miami before selling the venture.

The opportunity arose for the Pompeis to return to Walla Walla, where Coral Pompei’s family resides, and take over Walla Walla Bread Co.

“We always liked the small-town feel and the supportive community,” Michele Pompei said. “And actually you can see with all this COVID (stuff) how much the community has supported every single business — even the city. It’s been that great supportive feel that we’ve always been looking for.”

Michele Pompei, a world-class baker and pastry chef, has continued making the breads, sweet macarons, buttery croissants and countless other creations at the local establishment since 2018.

And now, he’s putting his work, and Walla Walla, on the map again with his appearance on the competition show.

It began with a Facebook message from a talent scout for Food Network. The scout noted Michele Pompei’s resume and work displayed online and invited him to join the contest.

“I saw it as great opportunity for a lot of exposure for the town and my business,” Michele Pompei said.

The producers vetted the baker via Zoom as he demonstrated his skills on webcam — soon to be upgraded to TV cameras.

It was difficult to tear him away from his wife, 3-year-old son and the bakery, but they agreed as a family that it was best for all, Michele Pompei said.

He was flown down to a resort in Arizona where the cast and crew stayed under strict COVID-19-related protocols. He said nobody got sick while he was there and felt everyone was treated with utmost respect and safety.

And then the lights came on and the camera started rolling.

“It’s definitely different,” Michele Pompei said. “It’s completely out of your comfort zone, because it’s a new kitchen and you don’t know the layout and you don’t know where things are. You have thousands of lights and cameras on you and a lot of people all managing everything.”

It was unlike any other baking environment, even for an accomplished chef like Michele Pompei. He said adjusting to the time constraints was a challenge because baking is usually all about taking your time and getting it right.

Crew members would ask each baker what their next steps were and cameras would follow the contestants around as they moved about the kitchen.

That being said, Michele Pompei felt good about the product he put forward.

“I’m very excited. I’m proud of myself,” he said. “(I’m) running a business in a very difficult time and having the support of my wife and her family, it allowed me to go in and do that.”

Pompei said he was able to talk and brag about Walla Walla during his interviews.

“There’s so many reasons that people should ... enjoy this beautiful town,” Pompei said. “To me, it feels like being in Europe, in Italy, and that’s what I told them ... I hope they put it on the show.”

The first episode of Season 4 of Best Baker in America debuts at 9 p.m. Monday, May 3, on Food Network.

In this season, bakers will be challenged to create and recreate new versions of American dessert classics from 16 different states, according to information from Food Network.

The first episode has a theme of “the South” and features ingredients from Florida’s key lime pie and Kentucky’s May Day PieCaken.

The winner of the eight-episode competition will receive Food Network’s title of “Best Baker in America” and a cash prize of $25,000.

Walla Walla Bread Co. baker and co-owner Michele Pompei was high above the competition Monday, May 10, on the second episode of the fourth season of the Food Network show "Best Baker in America."

The recipe was finalized Monday night, June 7, for Food Network's fourth season of "Best Baker in America" with a winner crowned.