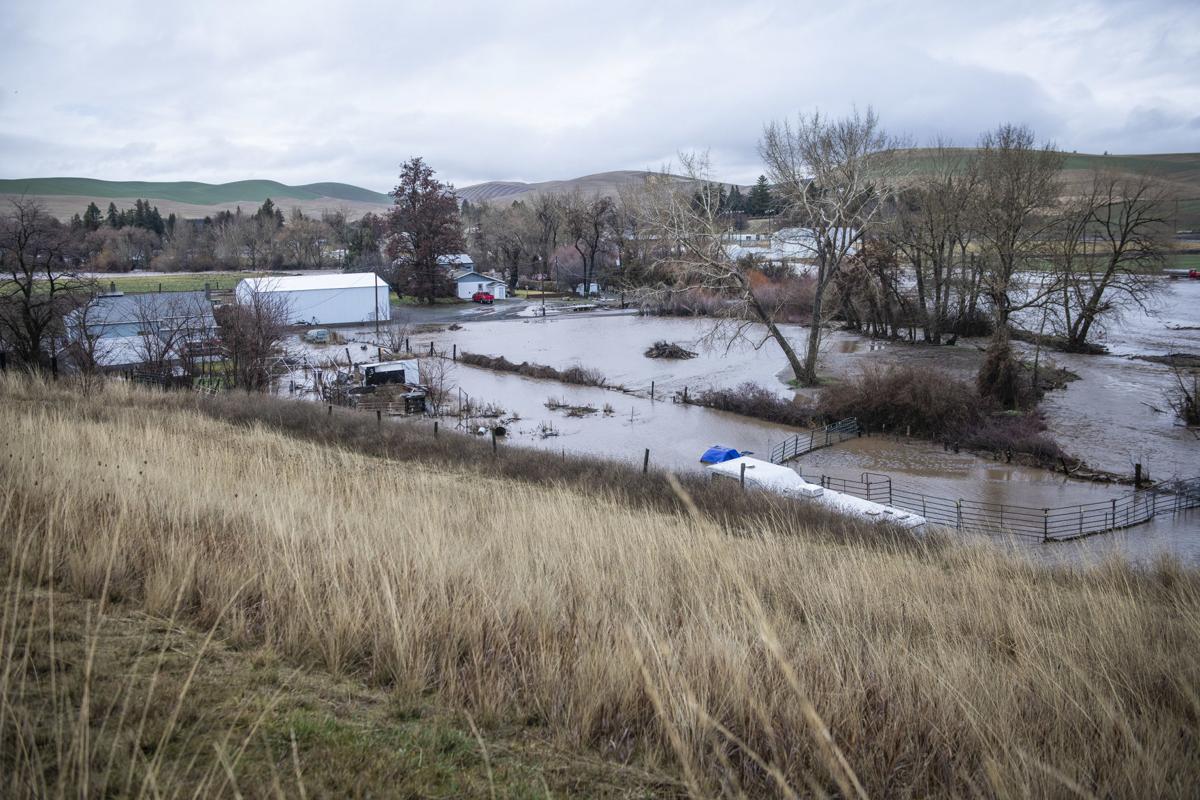 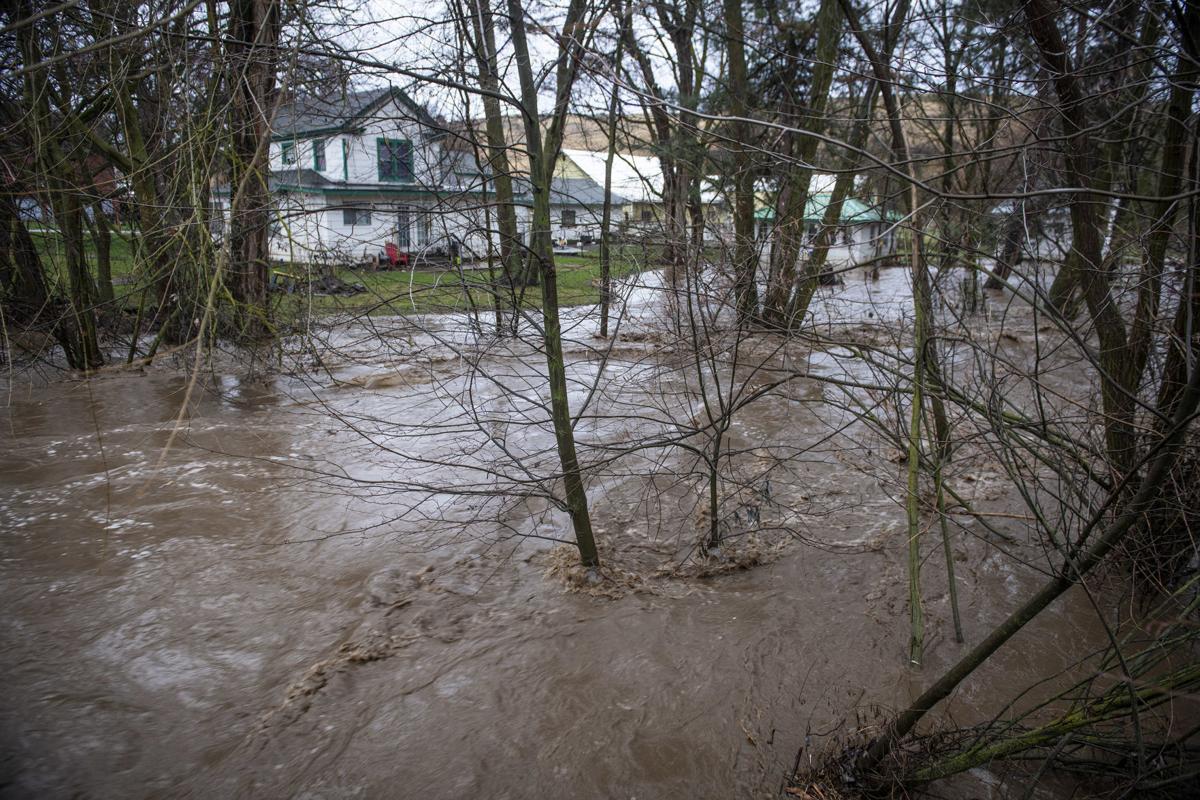 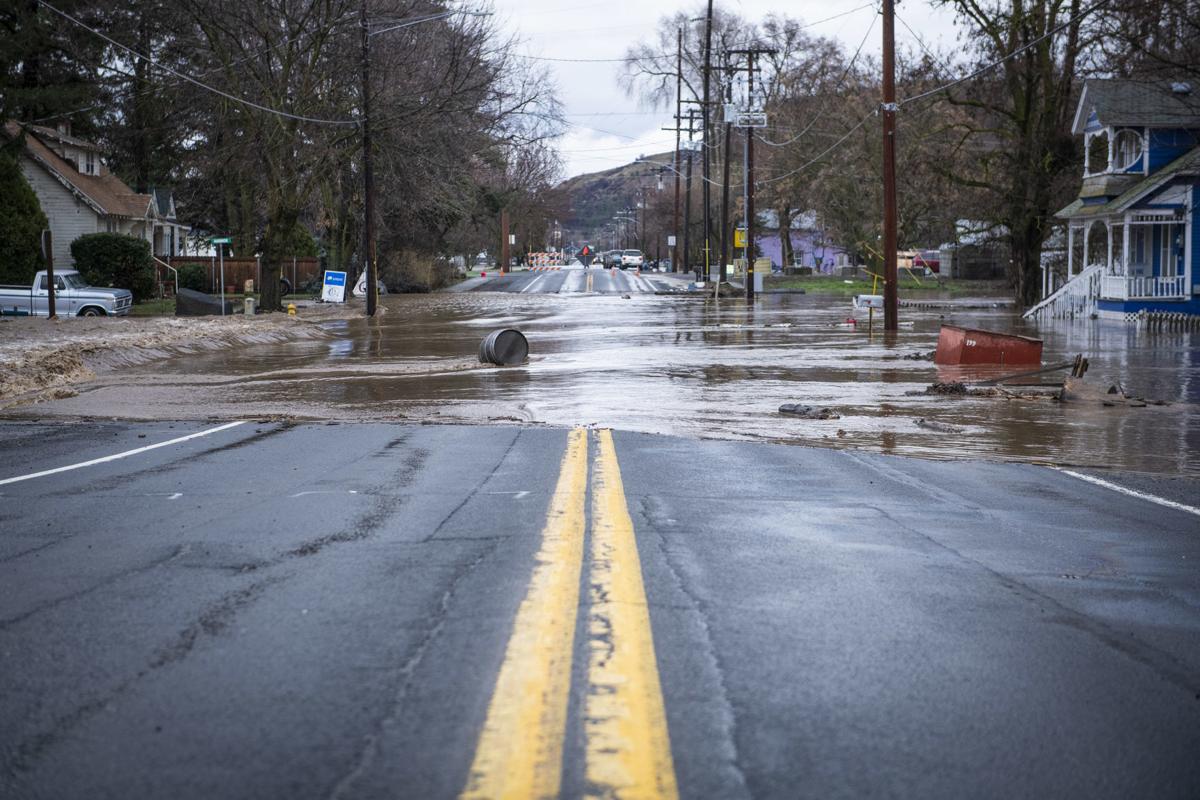 Torrential rain and warm temperatures this week led to a historic deluge in the Walla Walla Valley forcing many from their homes, closing down schools and major highways Thursday afternoon and continuing today.

Increased flood warnings began early this morning when it became clear that melting snow and nonstop rain would not relent.

Flood waters submerged buildings from Dayton to Touchet. City officials in Milton-Freewater told the U-B that the levee in town had been breached as of about 9:30 a.m. today.

Residents of Milton-Freewater were getting door-to-door evacuation notices from police officers.

The damage across the region will take a long time to assess. Government officials were scrambling this morning as the waters continued to rise.

Reports from residents and government officials were flowing in all morning as homes were evacuated, roads were closed and volunteers rallied to protect local communities.

“In my career, which is going about 27 years now, this is the worst since 1996, I would say,” said National Weather Service meteorologist Mary Wister. “This is very comparable to that in terms of the amount (of water).”

Wister said the waters in area streams appeared to reach their peaks this morning and should begin to recede a bit this evening.

“We are starting to see levels recede — that’s good news,” Wister said. “Not to mention that we are having a cold front moving in tonight. Rainfall will not be as heavy as it has the last couple days, I would say we’ve seen the worst of it for most of the area.”

Unfortunately, the worst of it seems to be fairly bad.

“We’re just doing a little bit of triage, hitting things that we can hit and fixing them,” Walker said. “But some of it we just got to wait until the water goes down.”

For western Walla Walla County, Touchet in particular, waters will likely not really go down until about Sunday morning because the Walla Walla River was in “major flood stage” according to Wister. The flood stage for the river in that area is 13 feet, and it crested above 18 feet at 5:30 a.m. this morning.

All the trouble began Thursday morning after a weather front that moved over the region brought huge amounts of rain and snow. The foothills of the Blue Mountains were supposed to be hit hardest with high water levels, according to the weather service.

Water flows into local streams and creeks began to rise dramatically overnight and by late last night and early this morning people were getting evacuated from multiple areas including Waitsburg, Weston, Milton-Freewater and the Mill Creek area.

A spokesperson for the U.S. Army Corps of Engineers Walla Walla District said the Mill Creek Channel was working as it’s supposed to this morning, but they were forced to increase flows into the channel.

The flow increased from 3,200 cubic feet per second to 3,900. By comparison, the channel had been flowing at about 1,500 cfs on Thursday afternoon.

Water is still being diverted into Bennington Lake, which was about 15% full as of about 5 p.m. Thursday. Updated numbers were not available as of press time. Russell Creek, which flows out of Bennington lake, was also set to increase to a flow of 100 cfs this morning, which is well above normal.

The spokesperson said people would have seen a noticeable change in the water levels flowing through town this morning. He assured the public that the system is working properly, but people should keep well away from the levees and other high-water areas. Also, Bennington Lake is closed until further notice.

According to a written statement from the Corps, staff members are working around the clock right now to monitor the situation.

The spokesperson said the diversion system is not used very often, and this is likely the worst flooding the Corps has seen since 1996.

For now, government officials with Columbia, Umatilla and Walla Walla counties are asking everyone to heed evacuation orders and pay attention to their reports.

“People need to heed any evacuations,” Wister said. “Do so immediately; don’t drive around barricades and respond to what emergency officials are saying.”

Jedidiah Maynes can be reached at jedidiahmaynes@wwub.com.