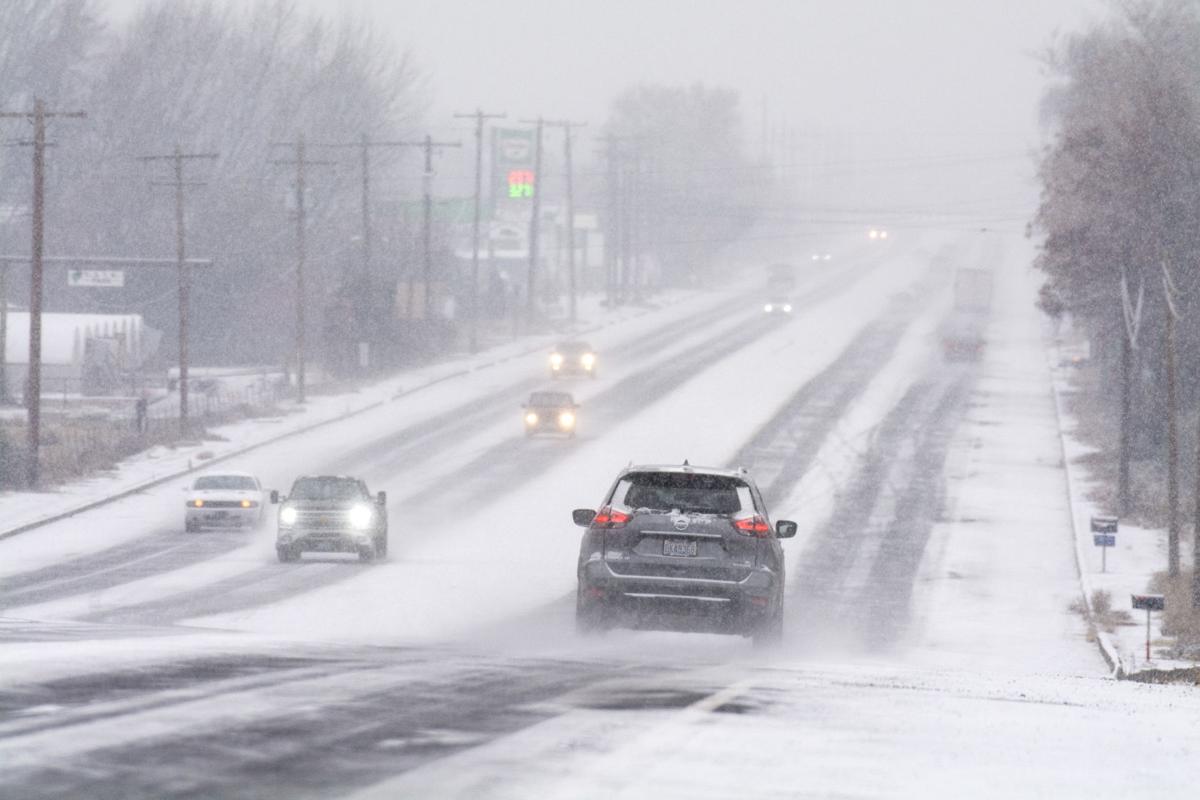 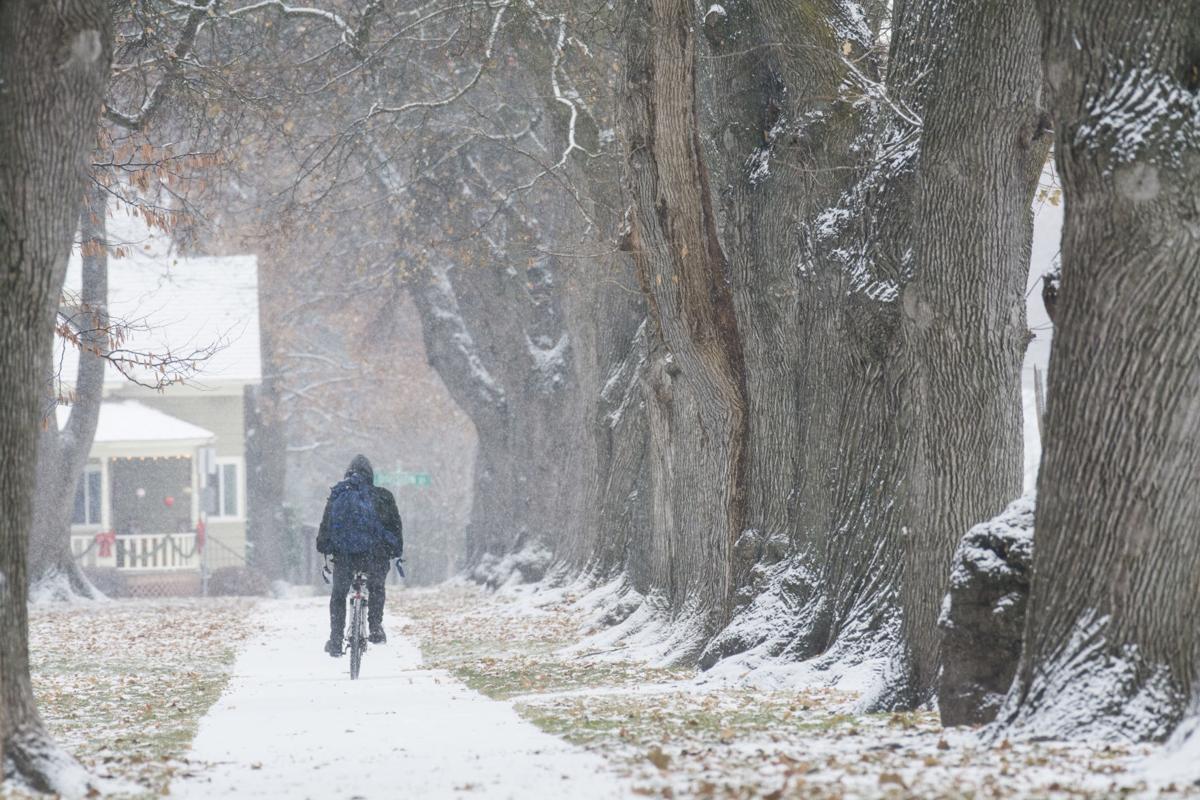 A cyclist makes his way gingerly down the sidewalk in Pioneer Park during the snowfall Sunday morning. 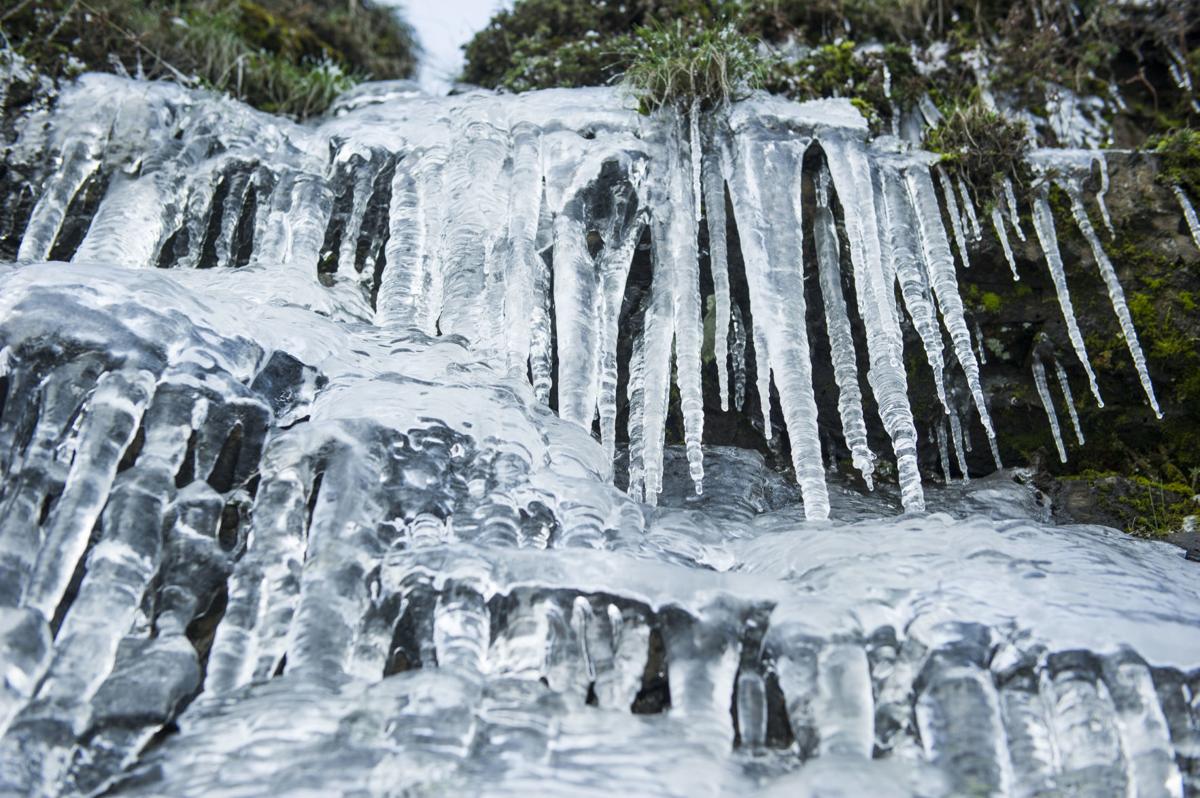 A cyclist makes his way gingerly down the sidewalk in Pioneer Park during the snowfall Sunday morning.

It might look more like Christmas outside today than it will later this month, if forecasts from the Climate Prediction Center issued this week come to pass.

The outlook for December from the National Oceanic and Atmospheric Administration calls for above-normal temperatures and above-normal precipitation in the Walla Walla Valley.

November, however, averaged colder-than-normal temperatures in Walla Walla, according to preliminary data received by NOAA’s National Weather Service in Pendleton.

Low temperatures averaged 30.8 degrees, which was 4.4 degrees below normal. The lowest was 17 degrees, on the day after Thanksgiving.

Precipitation totaled 0.57 inches during the month, which was 2.30 inches below normal. Measurable precipitation — at least 0.01 inch — was received on eight days, with the heaviest, 0.14 inches, reported on the 19th.

The highest wind gust was 28 mph, which occurred on Nov. 19.