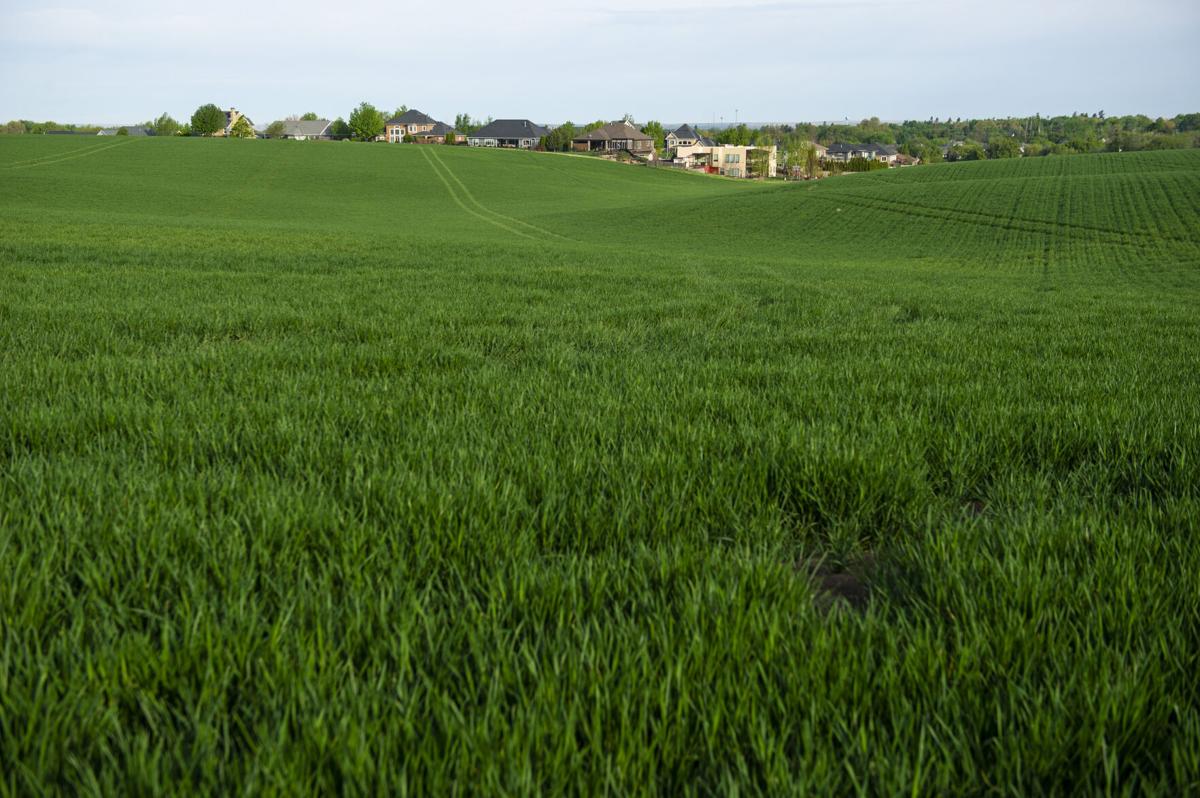 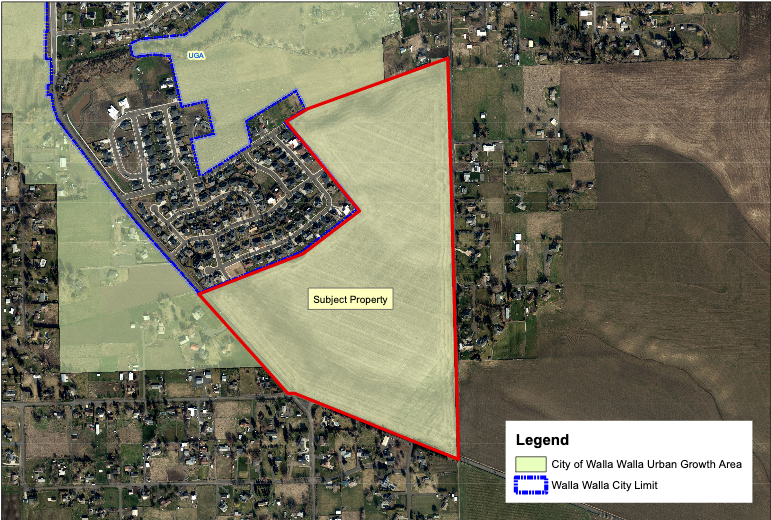 Walla Walla City Council conditionally accepted a modified 10% annexation petition of the 104-acre property located adjacent to Cottonwood Road and west of Kendall Road but will require a development agreement as part of the annexation process moving forward.

Walla Walla City Council conditionally accepted a modified 10% annexation petition of the 104-acre property located adjacent to Cottonwood Road and west of Kendall Road but will require a development agreement as part of the annexation process moving forward.

Walla Walla City Council on Wednesday, April 28, conditionally accepted a modified 10% annexation petition of the 104-acre property located adjacent to Cottonwood Road and west of Kendall Road but will require a development agreement as part of the annexation process moving forward.

The Council voted five to two in favor of the resolution at their virtual meeting. Council members Susan Nakonieczny and Myron Huie voted against it.

The resolution does not commit the city to annex the property.

It is only the next step for considering the annexation and instructs staff to work with the applicant, Cottonwood Investors LLC, to prepare a development agreement with a public participation process for the Council’s consideration, according to Development Services Director Preston Frederickson.

“The annexation petitioners conceptual layout suggests a development of 250 single-family residential units, which will have impacts that should be addressed and can be addressed through a development agreement,” Frederickson said.

The new conceptual layout considers community feedback on the previous proposal from Hayden Homes by reducing the density of home sites on the 100-acre parcel by one-third to 250 lots.

Council members received many comments from residents opposing or expressing safety concerns about the annexation of the property because of the potential impacts the proposed housing development could have.

These concerns included traffic, kids getting to school safely, converting farmland into a residential area, possible drainage and flooding issues and others.

“I see a very large housing development there, and I also, as I take my kids to school, I see a lot of traffic there,” Council member Susan Nakonieczny said.

She said she is aware of the shortage of housing in Walla Walla and that it is a big concern, but also feels there are safety concerns for kids getting to and from those schools with the increase in traffic if a new housing development were built on the property considered for annexation.

The Cottonwood Road property on Walla Walla’s southern border has been at the center of an annexation debate for years.

Many residents wrote in letters to council members that it was unfortunate that an annexation request for the Cottonwood Road property has come up again since there was much opposition to development during the first request.

Over 2,000 local residents signed a petition opposing the previous annexation request, residents stated in their letters.

Hayden Homes had planned to develop a more than 370-home subdivision on the land at Cottonwood and Kendall roads but withdrew its application with the city in October 2019, after a three-year annexation process that met with consistent community opposition.

The property owners, Jon and Mary Christine Bachtold, then sold the property to a limited liability company called Cottonwood Investors LLC, owned by the Michael Murr family. With the change of ownership, the city ended annexation proceedings.

The Murrs are now proposing a development with fewer homes and a commitment, they say, to keep in mind the opposition residents had to the previous plan.

Council member Steve Moss noted, “Pursuing a development agreement concurrent with the annexation process will allow for proper discovery, to address concerns being raised, to stipulate mitigation measures such as drainage, traffic issues, onsite amenities, who pays for what and many other issues that have been brought to our attention and therefore I will be supporting the resolution.”

Frederickson said the resolution also modified the annexation boundary to include Cottonwood Road south and east of the subject property. The future land use designation of the property is residential with an implementing zoning designation of neighborhood residential.

Cottonwood Investors LLC applied to the city for a development agreement in conjunction with the proposed annexation and staff recommended this course of action to the Council.

He said staff recommended conditionally accepting the annexation petition as modified with a development agreement because the property has been in the city of Walla Walla’s Urban Growth Area since 1996, and they anticipate it will be annexed consistent with the state’s Growth Management Act.

The property is already connected to city water and sewer system utilities, installed in 2001.

The public will have a chance to comment on the concerns during the quasi judicial development agreement process.

To receive notices about the process the public can make a special notice request to the Development Services Department at 509-524-4710 or permits@wallawallawa.gov.

The public should direct comments to the Development Services Department and no longer send comments to the Council members, since the quasi judicial process requires them to be impartial.

City leaders will consider in April the first of two petitions required for annexation of the 104.6-acre property owned by the Murr family. A petition to fold the land into the city of Walla Walla several years ago was hotly contested by residents.

Hayden Homes has officially withdrawn its application to develop a 105-acre, 372-home subdiv…