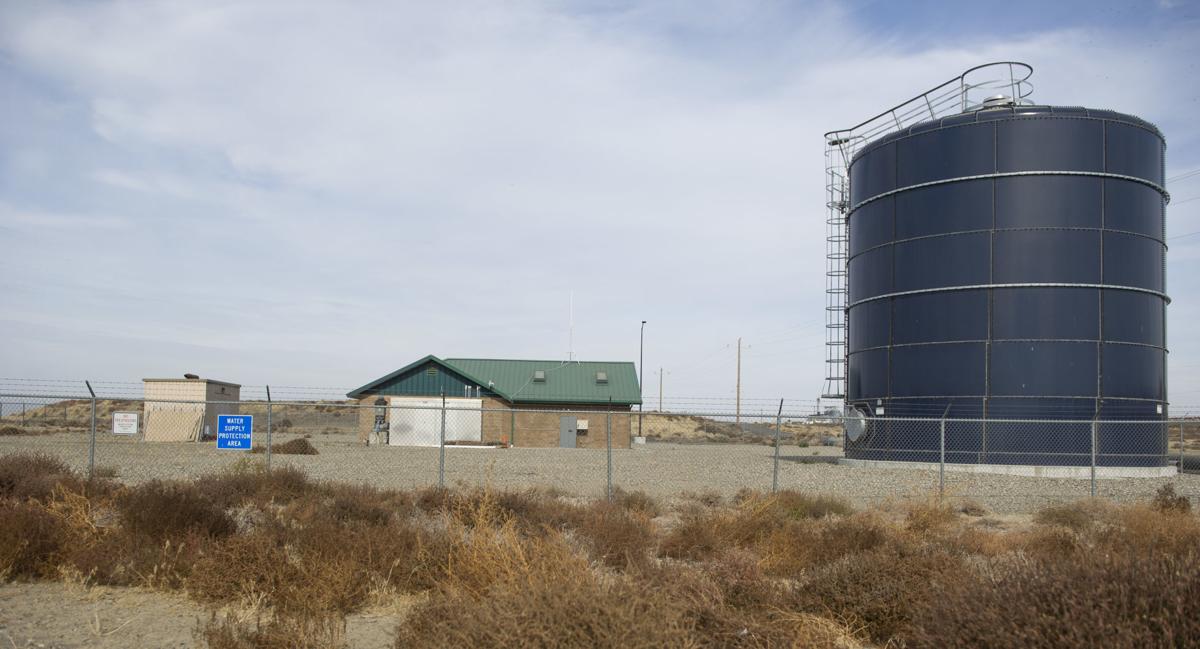 The current 100,000-gallon water tank and pump house at the Port’s Wallula property. 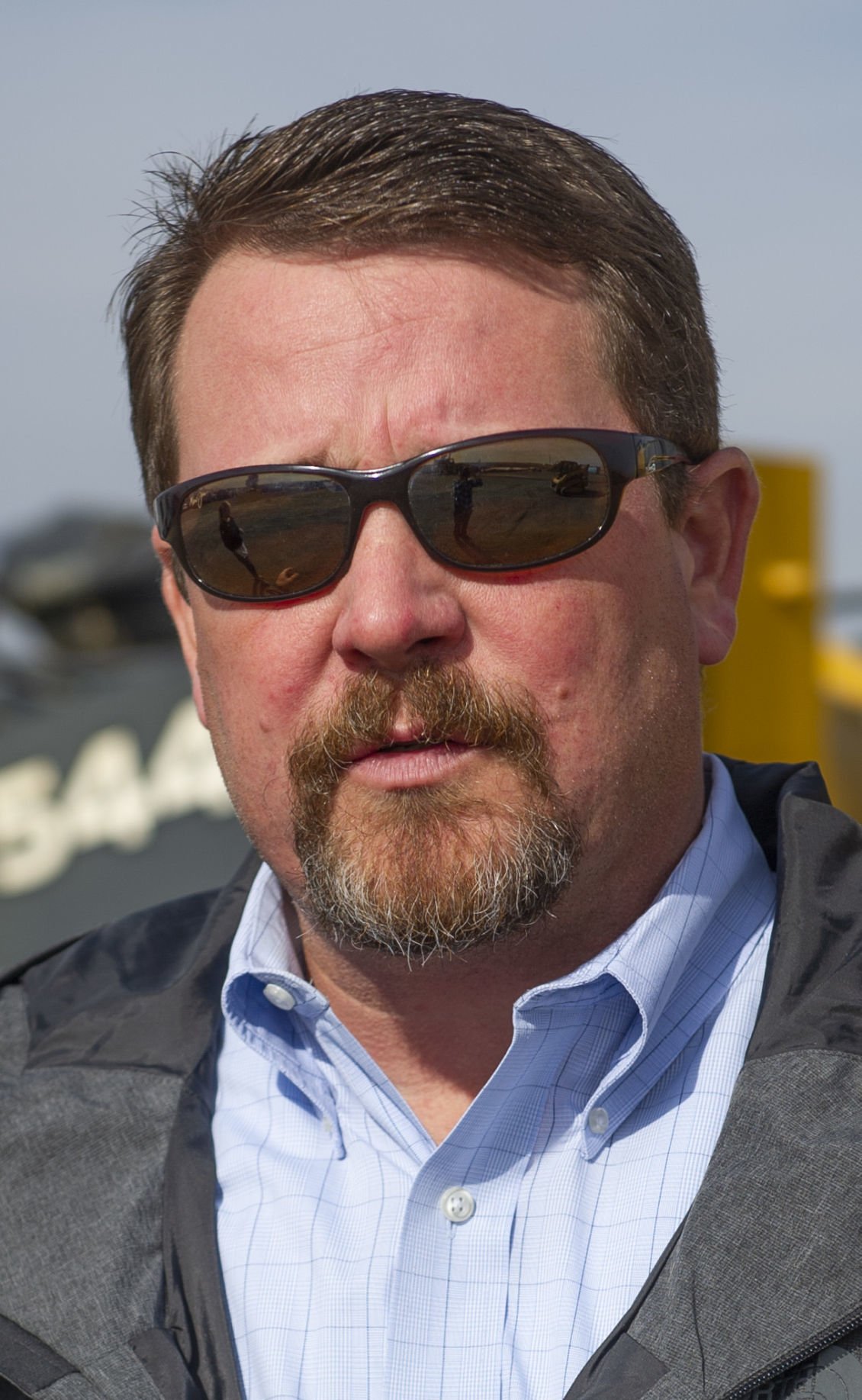 Patrick Reay, executive director of the Port of Walla Walla.

The current 100,000-gallon water tank and pump house at the Port’s Wallula property.

Patrick Reay, executive director of the Port of Walla Walla.

WALLULA — You can’t see it taking shape from U.S. Highway 12 by casting a gaze from a passing vehicle toward the Port of Walla Walla’s 1,600 acres of heavy and light industrial and mixed-use property.

But off the highway, up a new unpaved roadway, around seemingly endless rows of Walla Walla’s apple orchards and beyond a tree that serves as a natural landmark in an expansive property, a 6.2-million-gallon water reservoir tank is under construction.

It is an anchor in the $16.2 million first phase of a water system plan that consolidates and fortifies service to businesses served by the Port’s wells. It is also a single piece of a much larger puzzle in development that Port officials believe could be a game-changer in the recruitment of new economic development.

“This is a massive transformation already with just the roadway,” said Port Executive Director Patrick Reay, navigating the Attalia area path created for both for grading and access.

Cascade Natural Gas-commissioned construction is building about 5.8 miles of pipeline, 12 inches in diameter, to connect Cascade’s 8-inch Attalia line at the west end of the alignment to Gas Transmission Northwest’s — TransCanada’s — pipeline at the east end.

That work includes a fenced-in regulator station on the east end along with several concrete pads for the pipeline heater and odorizer, and a regulator.

With substations in the vicinity for both primary energy providers — Pacific Power and Columbia Rural Electric Association — the water system is a crucial component for attracting major industry, Reay said. It’s called “catalyst investment,” drawing business with the infrastructure in place to serve.

“The key to economic development is land with proper zoning and utilities — water, power and gas,” he said. “Those are your key elements, and we have those here.”

Packaging Corporation of America embarked on a $150 million retooling of its production in 2018. Tyson Fresh Meats underwent a $30 million transition last year in its ground beef patty processing as it landed a West Coast contract with Wendy’s.

The plant processes 2,100 cattle per day at its Wallula mill. J.R. Simplot has its sights on a potato-processing expansion, per previous reports. Cold Connect and Northwest Wine Services continue to thrive respectively.

The Port-owned property that represents a mix of heavy and light industrial, mixed-use and agricultural land has repeatedly been a finalist for major companies seeking expansion sites. Proximity to truck, barge and rail are among the attractions, as well as work force and industrial zoned property.

Past projects— REC Silicon and Procter & Gamble, among the high-profile ones — have gone to other locations for a variety of reasons, including tax abatements or deferrals not offered in Washington state.

But it hasn’t sat well with Reay that a more reliable water system would be built after a company chooses the land, rather than already being in place as an enticement.

“We’re typically short-listed for projects that need a big workforce, acreage and utilities. And we’ve been able to say, ‘Oh yeah, if you land here, then we’ll build the water system,’” Reay said. “Now, we’re building it.”

Port of Walla Walla Commissioner Mike Fredrickson said water is also often needed for the construction of a big plant in the first place. Without the system, it would be trucked in for construction.

“If I’m a site selector for an REC or a P&G what this does is takes uncertainty out of the equation,” Fredrickson said.

“In any development, it’s all about alleviating risk. Every site has a weakness. We’re trying to take away as many of the weaknesses as possible.”

The water system project accomplishes several different objectives, Reay said. It consolidates the systems currently used by Tyson and by the nearby Shell station, which has its own water but is high in nitrates, fluoride and arsenic. Tyson has operated off a single well with limited storage and no redundancy.

The current system offers just 100,000 gallons in storage. The new reservoir, constructed by Rotschy Inc. on land the Port is leasing long-term from the Washington State Department of Natural Resources, can not only provide potable water, process water and offer fire protection for those businesses, but it’s then available for others yet to be recruited.

Water will be pumped to the reservoir with the lines once they’re installed. Water will move back to industry through distribution lines via gravity flow.

The project is funded by a number of grants and loans. Notably, it was chosen as the No. 1 project funded by the Department of Health from its 2017 Drinking Water State Revolving Loan Fund.

Reay said winter conditions will determine the completion date of the work. The hope, he said, is that all water system improvements can be finished by this time next year, barring a winter shutdown.

The next phase, for which the Port is seeking funds, will be water treatment and connection with Packaging Corporation of America. Ultimately, the number of phases depends on the needs of businesses present and not-yet-built.

“We’re building to land an industry,” he said. “These things don’t happen over night.”