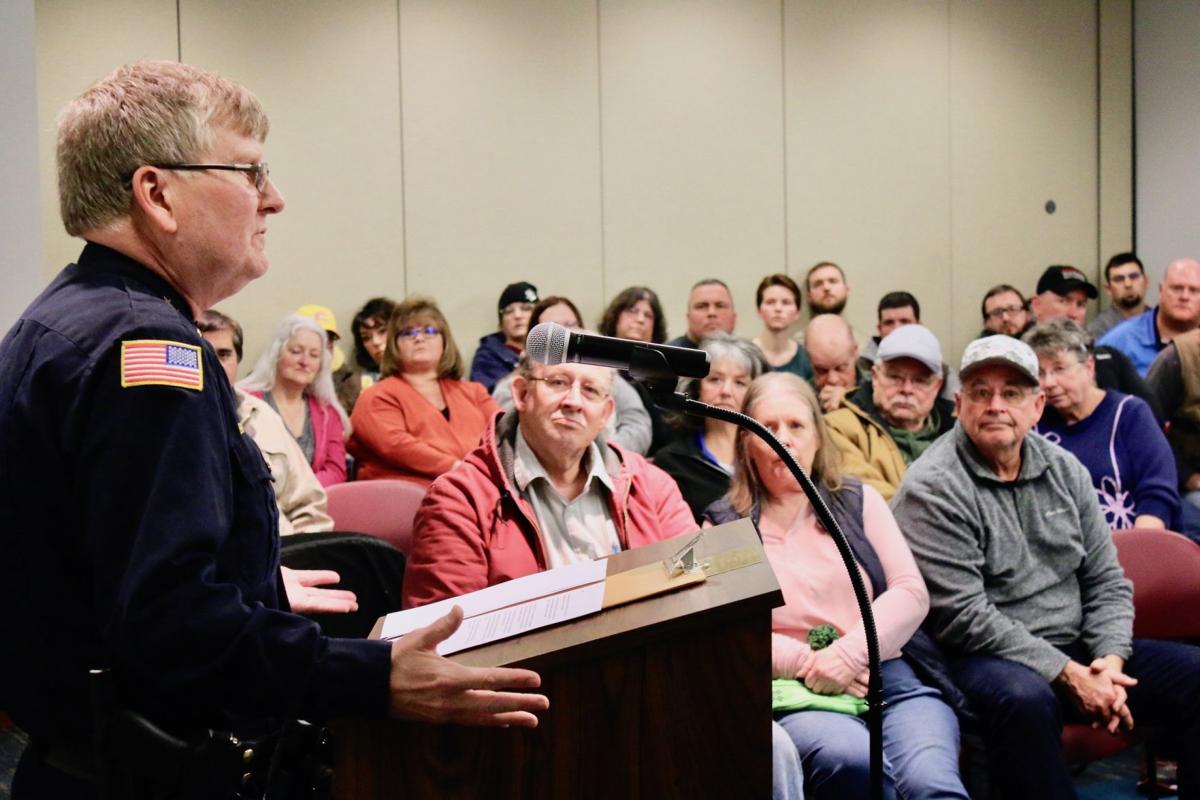 Milton-Freewater Police Chief Doug Boedigheimer speaks during the City Council meeting Monday. The room was packed with residents concerned about frequent burglaries and vandalism in their town. 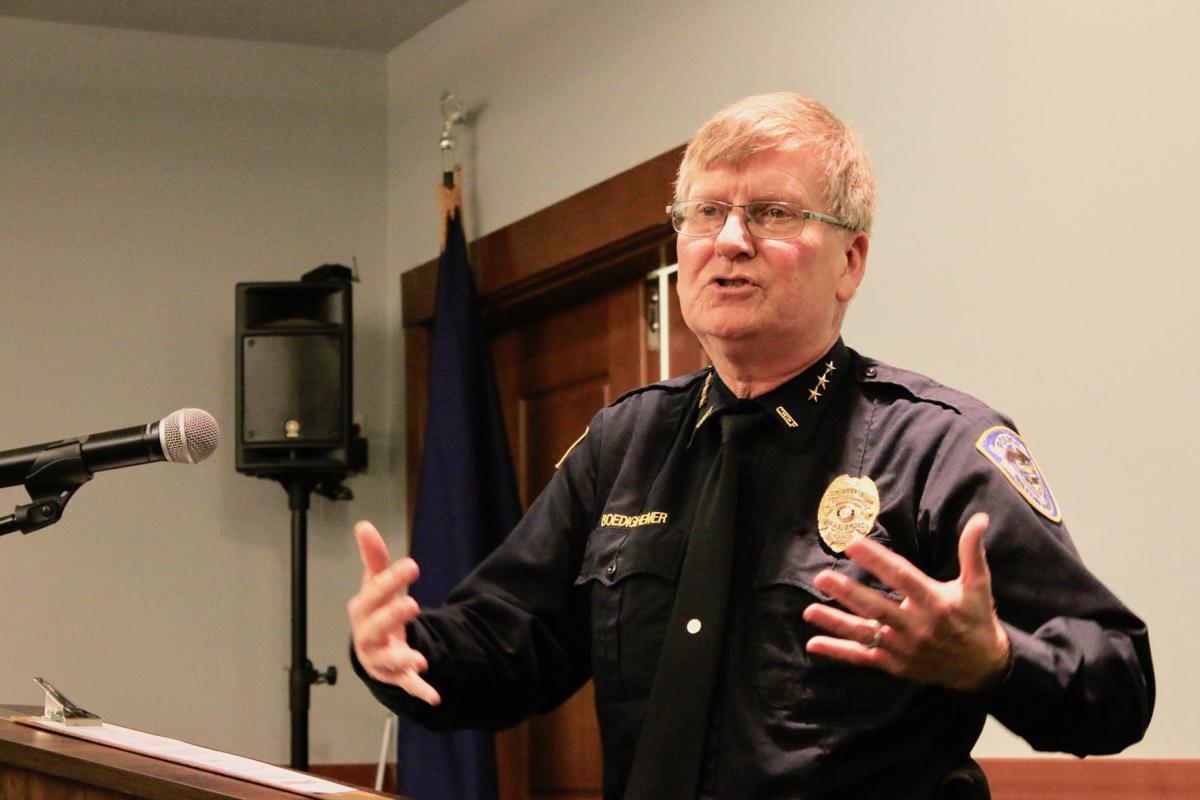 Milton-Freewater Police Chief Doug Boedigheimer explains the current situation of his Police Department to the 50 or so concerned residents who attended the City Council meeting Monday to talk about increased crime in Milton-Freewater.

Milton-Freewater Police Chief Doug Boedigheimer speaks during the City Council meeting Monday. The room was packed with residents concerned about frequent burglaries and vandalism in their town.

Milton-Freewater Police Chief Doug Boedigheimer explains the current situation of his Police Department to the 50 or so concerned residents who attended the City Council meeting Monday to talk about increased crime in Milton-Freewater.

MILTON-FREEWATER — A recent spate of crime led residents of Milton-Freewater to start a citizens’ patrol and brought them to City Council on Monday to request the support of the city.

Community members want to “Take Back Our Little Town of Milton-Freewater,” which is the name of the longstanding Facebook group a number in attendance Monday said they follow.

Jason Gruening, a member of the group, said residents need to be out walking and patrolling the street during the middle of the night.

“We want to help out, we want to take our darn town back,” he said.

Weekly or bi-weekly meetings will be scheduled, and the group will be setting up a meeting with Police Chief Doug Boedigheimer, Gruening said.

The chief himself addressed the Council and audience on Monday, detailing how busy he and his 10 officers and six dispatchers have been.

The Police Department thinks these robberies are linked and that people are working together to commit them. Evidence is coming in, which is starting to support these theories, he said.

Boedigheimer also spoke about Martin, age 60, who was found dead from a gunshot wound in a home on Southeast Seventh Street on Jan. 4. This case has kept staff busy, Boedigheimer said.

“I can’t tell you how proud I am of the job your officers, your detectives, your dispatchers ... Are doing on this case. They took basically nothing and are on a road that is skirting right on resolution,” he said.

Councilman Brad Humburt said the city has tried to get a citizens’ patrol program started at least three times, and the group will only get his support if they organize themselves, act like grown adults and prove they will follow through.

Past efforts of the Police Department and the Council have brought community members an office, a conference room and telephones at the community building, Humburt said.

“All the people that come in here,” he said, “they get madder than hell, and ‘we’re gonna go out and do something and take back our town,’ and it lasts about two months, and they disappear and it just goes away.”

A couple members of the group said they had been living elsewhere when those events happened.

“I’m willing to put my life on the line, with no weapons out here, to come on these streets and make a difference … I don’t want vigilante justice out there on the street, and if we can’t work together, that’s what’s going to happen,” Gruening said.

Contact information for the police chief was given out, but there was no official support for the group by Council or the Police Department.

Boedigheimer gave some background information to the Council and the community about staffing — the department is down one officer currently — and on attempting to mitigate false information on Facebook.

“It’s invalid information on its face, that we always only have one officer on at night,” he said, referring to comments made online. “Our minimum staff levels always start out as two.”

It fluctuates when police have to make an arrest at the jail and when they receive domestic violence calls that require two officers, he said.

He did a search and study through the Police Department’s records management system. There are 168 hours of a work week for police; only 28 of those hours have one officer on board. In the total shift structure, only 16% is covered by one officer. There are two officers or more on duty 84% of the time, Boedigheimer said.

“There is no call more important than investigating the murder of someone” he said, referring back to the Martin case. “I believe we have a 100% resolution rate on our homicides. I don’t know many places who can do that.”