DAYTON — Attendance was high and news was positive at this year’s annual economic development strategy meeting for Columbia County.

Jobless rates are down, construction of Columbia Pulp has started, plans for walking and biking paths are taking shape and the county is working to address concerns for the future of the fairgrounds.

This was welcome news to the crowd of over 50 community leaders, business owners and residents in attendance at the Wednesday workshop.

With success around the corner on these longtime economic development goals — along with an improving job market and growing tax rolls — attendees were able to turn their attention to new, and pressing, concerns.

Unemployment rates here are at some of the lowest the community has seen in decades, according to Jennie Dickinson, manager of the Port of Columbia.

This news is in line with reports on statewide unemployment, which reached a historic low over the summer.

Numbers released by the state Employment Security Department in October show just 4.7 percent of Columbia County’s residents are unemployed. Seven years ago, county unemployment was at 11.7 percent; in the 1990s that number was up to 15 percent.

“Those of you who’ve been around for awhile know (the current rate) is astounding,” Dickinson said.

Their large wind projects span many miles of the rural farmland outside of Dayton, helping to raise the total valuation of the county 227 percent over the past 14 years.

And PacificCorp has plans to update its wind turbines soon, which would mean an increase in value.

“We have diversified enough, with tourism and wind development, that we’re not hit so hard when things happen,” Dickinson said.

When Seneca closed its canning operation in Dayton in 2005, shuttering what had been the largest employer in the county for decades, the county “almost didn’t have a blip in its unemployment rate,” Dickinson said.

She believes this was because that same year saw the first of the wind projects under construction in the county.

Now Columbia Pulp, the straw-pulping mill under construction near Starbuck, will soon begin hiring. It plans to employ nearly 100 workers and should be open late in 2018, according to Kristi Kobetich, the product manager for Columbia Pulp who provided an update at Wednesday’s economic meeting.

But Dickinson warned community leaders and residents against leaning too heavily on corporations for the vitality of the entire community.

“A corporate presence here doesn’t necessarily equate to a healthy downtown,” she said.

Local residents aren’t shopping in town as much as business owners and economic developers would like, and tourism, which is growing in Dayton, requires a vibrant downtown.

“We still have work to do,” she said.

Yet she and others at the meeting were encouraged by news that projects on the top of priority lists for several years are nearing completion. With progress made there, thoughts are turning to other pressing matters.

This year’s top projects selected by attendees for 2018 included the Dayton wastewater treatment plant, school facilities improvements, housing to include assisted and senior living, support for the Dayton Boys and Girls Club, restarting a recycling program, and capital improvements such as city streets.

The Boys and Girls Club is on track to open by early September, according to organizers Dan and Ginny Butler.

The school district is looking at a possible levy to help with facilities work needed, which would go to voters in the coming year.

Recycling in the county was halted several months ago when the state failed to pass its capital budget and then China imposed tougher waste import restrictions, bringing most of the world to a recycling standstill. Locally residents and businesses are struggling with increased garbage rates, now that they are forced to trash their cardboard and other formerly recyclable materials.

“It hurts our planet, and it hurts our businesses,” Dickinson said. Though she was not optimistic about what Columbia County could do to solve the global recycling crisis.

The No. 1 priority identified during the economic development meeting was the Dayton wastewater treatment plant.

The deadline for removing all treated wastewater from the Touchet River, where currently the city dumps its processed and clarified sewage, is 2021, confirmed Mayor Craig George.

Two options under consideration, both with hefty price tags, include swapping out the current plant for a pond system or going full-scale and converting to a plant that would turn the city’s waste into potable water.

Daunting though these challenges seems, Dickinson was relieved that attendees heeded her recommendation and placed the wastewater treatment plant, schools and recycling so high on the priority list.

“Our community is so adept at coming together when the need arises,” she said. “We’ve got work to do, but these priorities show that our economic development partners are on the same page. That’s the perfect start.” 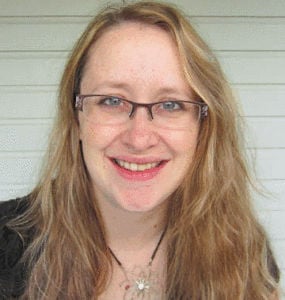