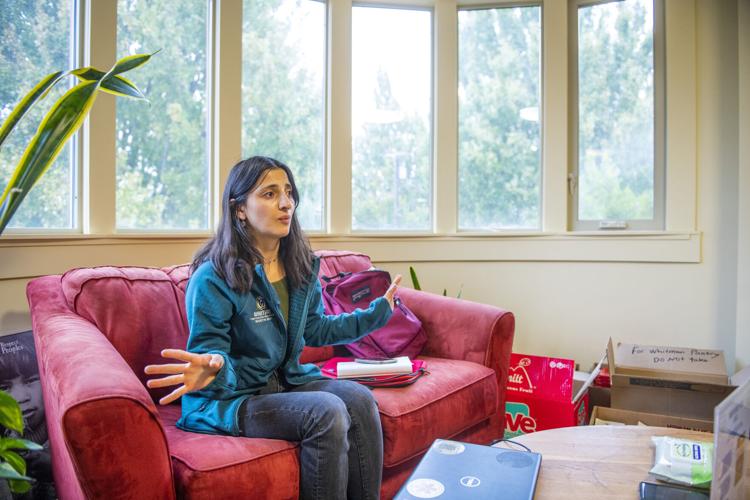 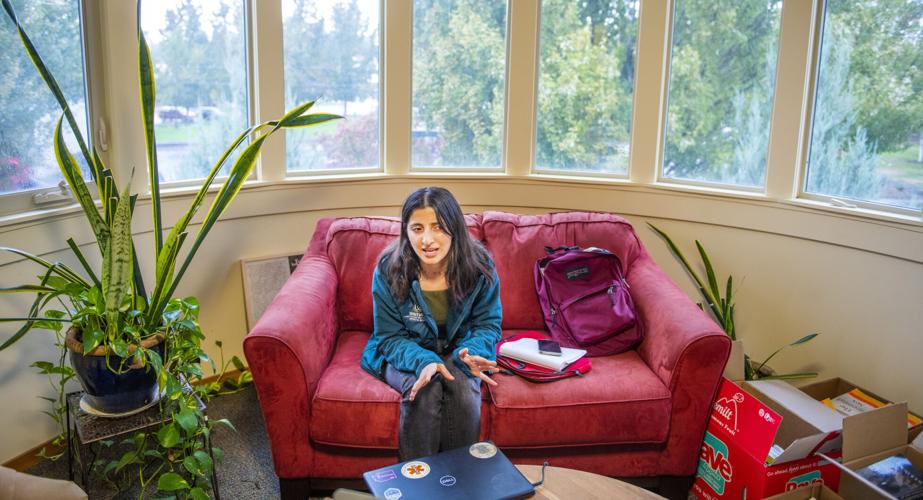 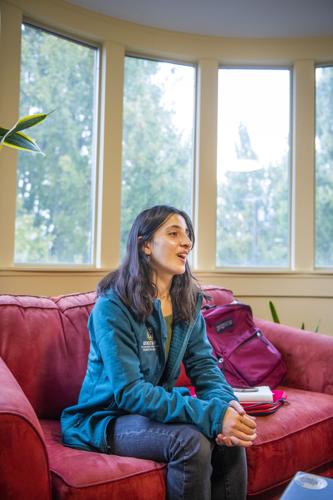 Mehrimo Bakhtalieva, a freshman at Whitman College considering a degree in geology, had known for a long time that she wanted to study abroad.

Opportunities were limited for most young people in Tajikistan, a mountainous nation in central Asia, but especially for women, she said.

Young men who graduated high school often migrate to Russia — Tajikistan’s GDP is highly dependent on remittances from Russia — while young women are left behind in domestic roles.

“Some parts of the country are incredibly conservative, and pursuing higher education is not even an option for women,” Bakhtalieva said. “You get married, your husband moves and works in Russia, and you stay and take care of his parents.”

“I didn’t want to just get married and end up having children and serving men, like so many other women do.”

Bakhtalieva has never just been concerned with improving her own prospects, either. Even as she was starting to learn English toward the end of high school, she started a program to teach the language to other girls.

But she couldn’t go straight from high school in her country to college in an English-speaking one. For one, she couldn’t afford the SAT or the TOEFL (Test of English as a Foreign Language), and even if she could, she still wasn’t proficient enough in English.

So Bakhtalieva found an International Baccalaureate program through United World Colleges, which brings students together from around the world, many of whom now attend Whitman College as international students.

UWC offers three full scholarships to Tajik students every year, an incredibly competitive offering, and Bakhtalieva was selected as a recipient.

“I’m pretty sure there were people who were outstanding at English, some people who were really fluent, and I was overwhelmed when I found out that there were those people,” Bakhtalieva said. “But I think they looked at my service work, and that made the difference.”

She received a full-ride scholarship to attend a UWC school in Karuizawa, Japan, a resort town nestled in the mountains of the Nagano prefecture. For Bakhtalieva, it was the opportunity of a lifetime. For her father, it was deeply concerning.

“But I really wanted this.” she said. “I told him, this is the opportunity of a lifetime, and I’m going to do this.”

That determination in the face of resistance had the side effect of setting a high, perhaps unreasonable, expectation for success, however. By her second day in Japan, she was overwhelmed and intimidated.

“There were a lot of students who have spoken English from a very young age, since birth even, and I’m just coming out of nowhere trying to do one of the rigorous academic programs in the world,” she said.

Two things kept her going: the drive to move forward, and a refusal to go back.

“I know this sounds really personal, but I wanted to prove to my dad that I could do it, and if I went back, he would tell me, ‘See, I told you, you should have stayed in the first place,’” she said. “If I went back, I thought I would end up like many other women in my community, and I didn’t like that reality.”

As terrifying as her new environment could be, it was also an incredible learning experience, and she was surrounded by students from around the world who showed genuine interest in her and her culture. She had grown up in a community where everyone shared the same religion, language, ethnicity, etc., but at UWC, there was no majority.

“Everyone wanted to know where you were from, what your culture was like, what food you eat and can we make it and eat it together,” she said. “There was an eagerness to learn.”

Though there have been some fantastic professors at Whitman College, there hasn’t always been that same eagerness from the student body.

“People have their own small world, and they’re just happy to live in it,” she said.

Bakhtalieva was supposed to start at Whitman in the fall of 2021, but had issues with obtaining her visa, possibly because of the situation in Afghanistan, which borders Tajikistan.

“The United State embassy is never going to tell you why, so it’s always a mystery, but it was an interesting case,” she said.

“Apparently it can also be common for people who come from a predominantly Muslim community, you know, they thought I could be a potential threat to U.S. security.”

So she took a gap semester, traveling back home to spend time with her family, and to work on a project she had been working on for more than two years — helping other young people in her country pursue higher education abroad.

“I felt incredibly privileged to have an opportunity to go to UWC, and a lot of girls in my community don’t have that chance, and guys as well,” she said.

She developed a program with other institutions to help high school students from remote areas and low-income families, equipping them with the skills to go to college. She and others trained university students to make sure the program could keep going in perpetuity, and it had sustained itself until this summer.

In May, violent protests broke out in Tajikistan, and the government responded harshly, not only arresting many protesters, but shutting down various non-governmental organizations.

“It was like, ‘What if you’re a terrorist organization and you want to get our kids into something?” she said. “It was just, nonsense. And it makes you feel small.”

Despite her frustrations with her government, and with Tajikistan’s cultural expectations for women, Bakhtalieva’s love for her country is palpable.

She will return to Tajikistan once she’s done with college. She’s considering a geology degree, but regardless of the particular track, she plans to work in sustainable energy.

Her country has thousands of glaciers, including Fedchenko, the largest in the world outside the polar regions. Those glaciers are rapidly melting because of climate change, and villages in remote parts of the country have been swept away by the resulting floods.

“But I never really understood climate change until I left the country,” Bakhtalieva said. “My family, we never had a car. My grandparents never had a car. In some places, in my country, life hasn’t changed in many years.

“But when I got to Japan, I understood. It made sense. This amount of stuff, it was mind-blowing to me. It raised questions: why do we have to face the consequences for the actions of others? We don’t produce this, we don’t benefit from this, yet we suffer.”

Whatever college major Bakhtalieva decides to pursue, she knows she will return to Tajikistan to try to improve the lives of her people. She doesn’t expect to solve climate change, she said, but she will do what she can to stop its effects on the country that, in spite of its shortcomings, she loves dearly.