Alex Saenz and his grandfather, also Alex Saenz, prepare to check out of the College Place School District's surplus sale with a load of electronics, Aug. 18, 2022. 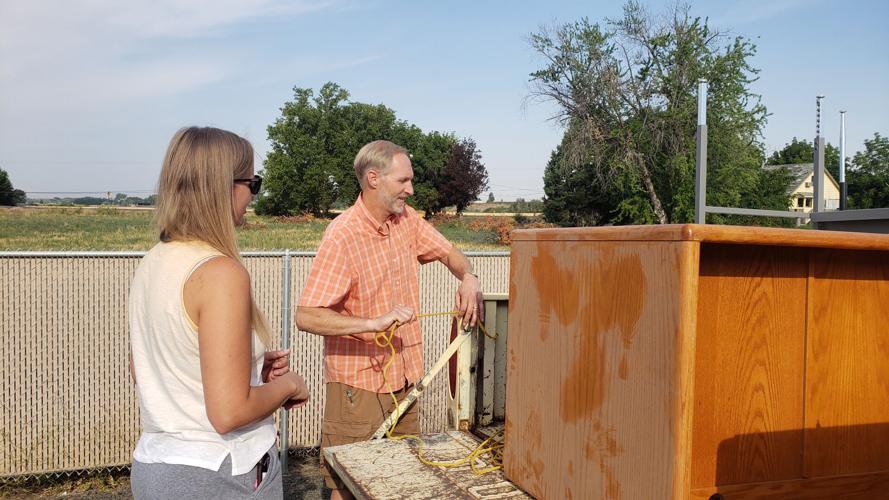 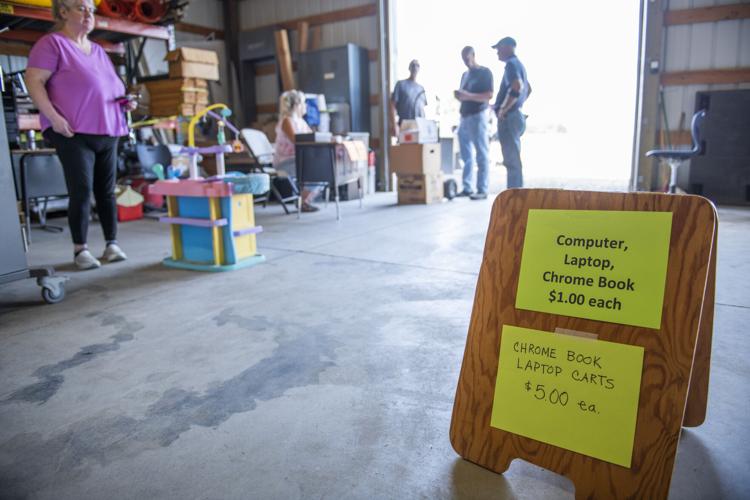 A sign announces the deals to be had at the College Place Public Schools surplus sale, Thursday, Aug. 18, 2022. 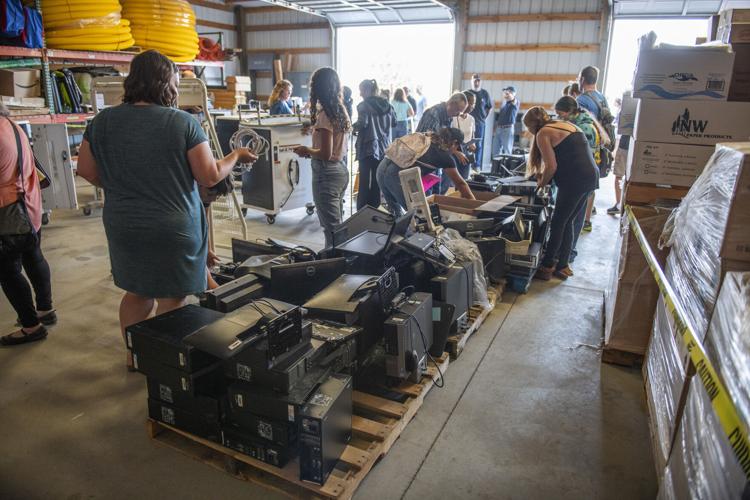 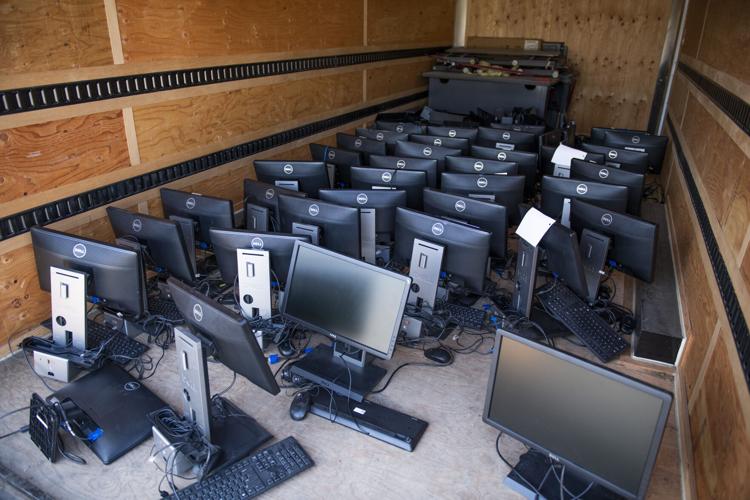 A truck full of computer gear had been largely emptied within an hour of the 8 a.m. opening of the College Place Public Schools surplus sale, Thursday, Aug. 18, 2022. 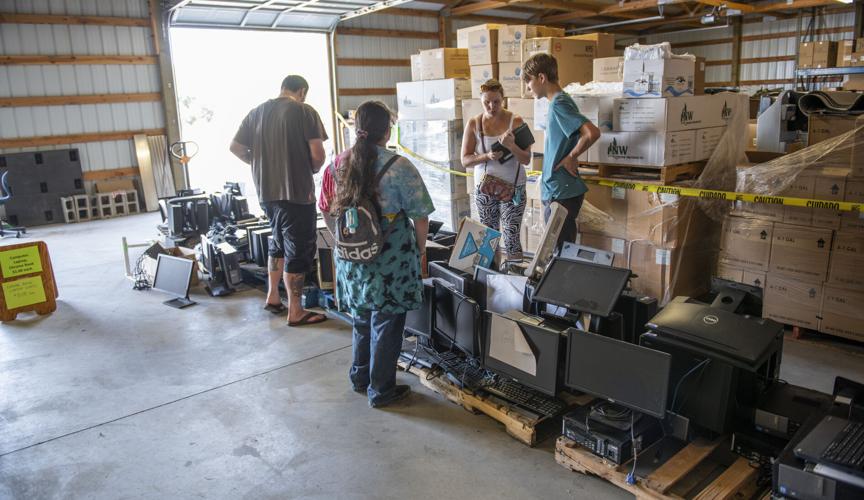 Alex Saenz and his grandfather, also Alex Saenz, prepare to check out of the College Place School District's surplus sale with a load of electronics, Aug. 18, 2022.

A sign announces the deals to be had at the College Place Public Schools surplus sale, Thursday, Aug. 18, 2022.

A truck full of computer gear had been largely emptied within an hour of the 8 a.m. opening of the College Place Public Schools surplus sale, Thursday, Aug. 18, 2022.

COLLEGE PLACE — At least 40 people were lined up on Thursday, Aug. 18, well before the 8 a.m. starting bell, in an area of the College Place Public Schools campus not typically available to the public.

No one was deterred by nearby road work on South College Avenue or the day’s already climbing temperature. They stood with crossed arms and looks of intention while listening to district employee Dan See give directions on how things would work.

Everyone was here for the same reason — bargains and lots of them, at the district’s annual surplus sale.

Bargains indeed. Chromebook computers and iPads were priced at $1, and the large metal media carts to hold dozens of electronics were tagged at $5.

See watched as early shoppers surged into the storage building, a smile on his face.

The yearly sale puts items no longer needed and outdated technology into the hands of folks who can use them, he said.

Despite being a district employee, Tara Crain learned about the sale on social media, she said. “I thought it would be a fantastic opportunity to see what the excitement is about.”

In her arms, on her first of several trips to the cashier station run by CPPS employee Pam Deccio, Crain displayed the load of small computers she was buying for grandchildren.

Alex Saenz had the same target in his sight. As he opened his wallet and counted out bills to Deccio, the young man said the monitor he was buying would go to his grandparents, while the Chromebooks and iPads would be parceled out to friends who needed them.

Anything leftover would be resold, Saenz said, noting he and his grandfather had gotten in line by 7:20 a.m.

“This is my first surplus sale. You have to really look, but there’s good stuff.”

No one needed to tell that to Rob and Chris Branscom.

The couple, who live just around the corner, had been waiting for the event all year, they said.

Their reward for the wait made a small mountain of boxes and more in the parking area as the Branscoms readied to load up their loot.

That mini trampoline was for their goats, Chris Branscom said, laughing, and the large floor pillow for the dogs, albeit with a strong possibility of it getting chewed up.

“These are moving blankets,” she said, waving a hand over a box at the top of the heap, her head nodding toward her husband. “He’s always looking for moving blankets even though we don’t need any.”

Their total expenditure was $14, and included an outdoor canopy for $2 and a large metal cabinet on wheels at $5.

The private school’s enrollment has increased to about 145 students, Tuttle said, and the tables and desk the men were loading will go into the new classrooms made possible by the earlier purchase of four portable buildings from Walla Walla Public Schools.

“We’re getting it while it’s here,” Tuttle said of his finds, noting the heavy tables he was tying down were solidly built.

The finds will no doubt be in place for next year’s bargain hunters.

While the six hours of sales brought in just $636, Superintendent James Fry said he’s a fan of surplus sales, calling them great for both the community and the district. The transactions are a sort of closure of a circle, Fry said.

“The taxpayers fund much of what we do in our schools, and once we have exhausted the usefulness of these items, we get to sell them to the community at bargain prices.”

That makes room for new items that meet the demand of educating today’s children, while people get to use things with plenty of life left, he said.