The third and final teen charged with first-degree murder in connection to the June death of 24-year-old Miguel Perez Barragan in Walla Walla County has been arrested.

Eros E. Patterson, 16, of Kennewick, was arrested Friday, Dec. 16, by the Pasco Police Department. He is in custody at the Walla Walla County Juvenile Detention.

Joel Poblano, 14, and Kenny S. Sanchez-Garcia, 16, both also of Kennewick, were arrested in November.

At the time of the alleged crime, which law enforcement thinks to be in late June 2022, Poblano was 13, while Patterson and Sanchez-Garcia were both 15.

Patterson's first appearance in Walla Walla Superior Court also was Monday. He, like his co-defendants, are being held without bail. Janelle Carman has been assigned to represent him.

The body was in “an advanced stage of decomposition,” according to court documents, and had been stabbed nine times in the chest and multiple times in his hands and leg.

A person who knows one of the teens told Kennewick Police that he saw a video of the person he knew killing someone in Walla Walla County.

Police think the three teens killed Barragan about a week before his body was found.

The teens were involved in a crash in a vehicle connected to the victim early in the morning of June 29.

They told officers they hit an animal, which caused them to leave the roadway. A knife was found on Sanchez-Garcia, according to the arrest report. 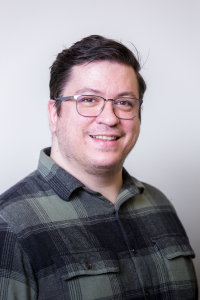 Jeremy covers courts, public safety and education for the Union-Bulletin. He graduated from Eastern Washington University in 2019 with a degree in journalism. He pursued a career in journalism in his 30s because he feels real, dependable news is important now more than ever. He aims to shine a light on both the good and bad that happens in the Valley. He is a big fan of all the EWU sports teams. Jeremy grew up in California but has lived in eastern Washington since 2001. When he’s not working, Jeremy loves spending time with his wife, Hanna, and their Goldendoodle, Nala. Follow Jeremy on Twitter @ub_jeremy.