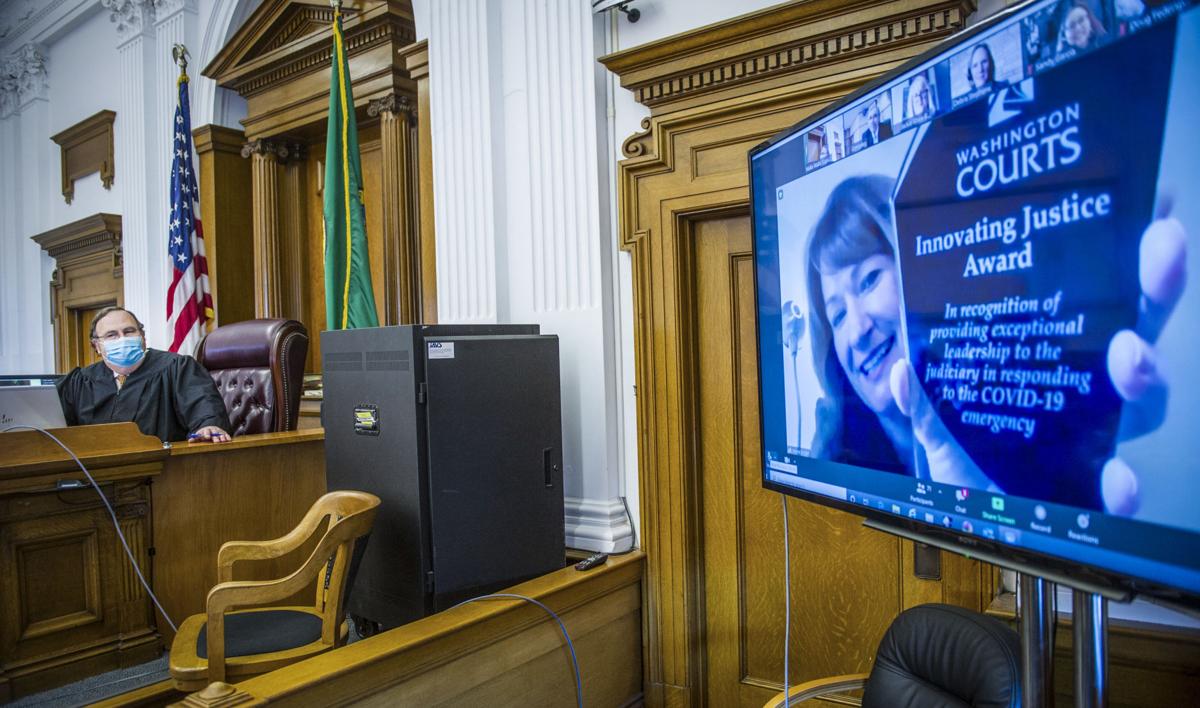 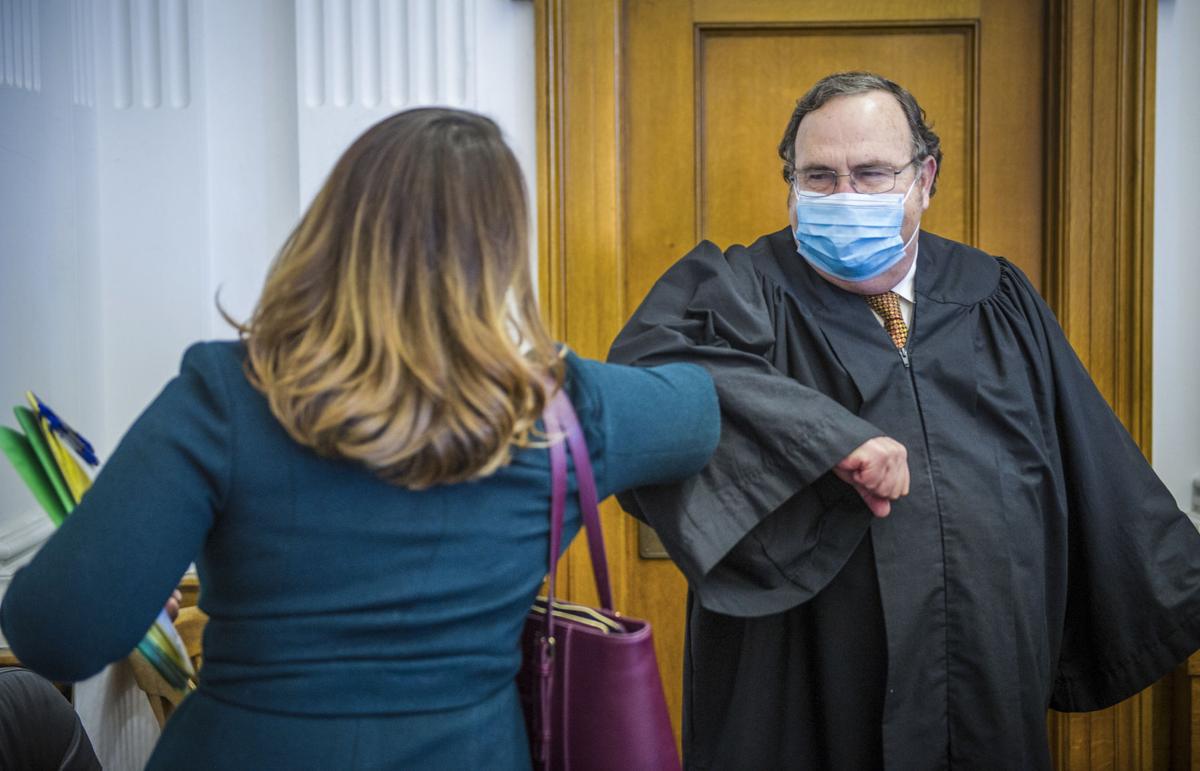 In serving his final year of 12 in public office, Judge John Lohrmann had grown accustomed to surprises in his courtroom at the Walla Walla County Superior Court, usually in the form of something related to COVID-19.

But his most welcome surprise came Friday morning.

In fact, it was Lohrmann’s adjustments to the COVID-19 pandemic that landed him in position to receive the Innovating Justice Award from the Washington State Courts Board of Judicial Administration.

Three such awards were presented Friday morning during the board’s virtual meeting — Lohrmann received one along with Judge Jacqueline Shea-Brown of Benton-Franklin County Superior Court and the Tukwila Court Support Services office.

The awards were given in recognition for those who went above and beyond to promote race equity and access to justice during the COVID-19 crisis.

Lohrmann was not made aware of the meeting and his administrative lead, Linda Latham, told him instead that he had a “juvenile matter” to oversee. What Latham intentionally did not tell him was that the matter had been scheduled for Monday.

Lohrmann entered the courtroom, surprised to see more people than usual in attendance, including some of his own family members and Judge-elect Brandon Johnson, who will take Lohrmann’s place on the bench in January.

Lohrmann said he was a having a hard time recognizing people behind their face masks, but he took his seat on the bench anyway, surprised to see the face of Washington State Supreme Court Chief Justice Debra Stephens on his screen.

“I’m really startled,” Lohrmann said as he took in the scene.

“Judge Lohrmann, this is to recognize your exceptional efforts and your outreach to make the court more accessible to the large Latinx community in your jurisdiction,” Stephens told him. “And all of the ways you communicated the court’s emergency operations and allowing your court to stay safe and stay open.”

Latham went on to reveal she had nominated Lohrmann for the honor and she also received testimony from the community and other staff members on his exceptional job to help the court innovate its technology and accommodate everyone involved.

In some instances, Latham said, a Spanish-speaking person would show up to court, unaware of the rules in place trying to keep people away from court. Instead of turning them away, Lohrmann saw their cases and then informed them of how the court would proceed moving forward with COVID-19 precautions in place.

Latham said Lohrmann checked repeatedly with interpreters to make sure those needing the court’s services were able to understand what was happening.

From there, Lohrmann worked with the county’s technology department and county commissioners to ensure fair access to trials, even if certain trials couldn’t proceed as usual.

“I tried a jury trial in February,” Lohrmann said after the ceremony. “I wouldn’t have dreamed that that was the last jury trial I would preside at.”

Other trials were able to proceed eventually, but the next trial involving jurors likely won’t happen soon.

Lohrmann said he met with lawyers regarding a jury trial that was supposed to begin Dec. 1 — the first since February. But with the spike in positive coronavirus tests in the county it’s still not safe to have potentially “100 people in a room,” he said, let alone the jurors, who could be coming from all walks of life.

Latham lauded Lohrmann for his ability to adjust and champion technological changes that could be here to stay.

Latham said it was Lohrmann who pushed to have inmates from the Washington State Penitentiary appear via Zoom so they didn’t have to transfer between the prison and the Walla Walla County Jail in order to be seen for DOC violations. She said that practice is likely to stay, now that it’s been introduced. Something that could lead to fewer over-crowding problems at the jail.

“They had all this equipment out there and they never wanted to use it,” Lohrmann said of the prison.

Lohrmann said he wouldn’t have been able to do it without the help of the county commissioners, who quickly saw his court’s need and acted on it.

“We were just trying to do what’s right,” Lohrmann said. “Sometimes this county isn’t really fast to follow alerts that are being given to us, but everybody responded well. ... The health department was excellent as well.”

Lohrmann wasn’t the only one receiving a surprise award in his final year of an elected position.

Chief Justice Stephens, who will continue serving on the state Supreme Court, was also given an award, recognizing her efforts in leading the Washington courts during a harrowing time and promoting equity across the board.

Stephens said she was honored and humbly accepted the award.

Stephens will be succeeded by Justice Steven González as the next chief justice.

“These are just really good people,” Lohrmann said of the judges and justices who were on the Zoom call with him Friday.

As far as the next — hopefully less stressful — chapter of life for Lohrmann, he said he plans on spending time with family, baking bread and traveling the country in RV, when it’s safe to do so.

“Maybe I would’ve done things differently if I’d known the year was gonna be the way it was. But you know, I’m 69 years old, there’s a lot of good people ready to take over, and I’m ready to turn the page.”