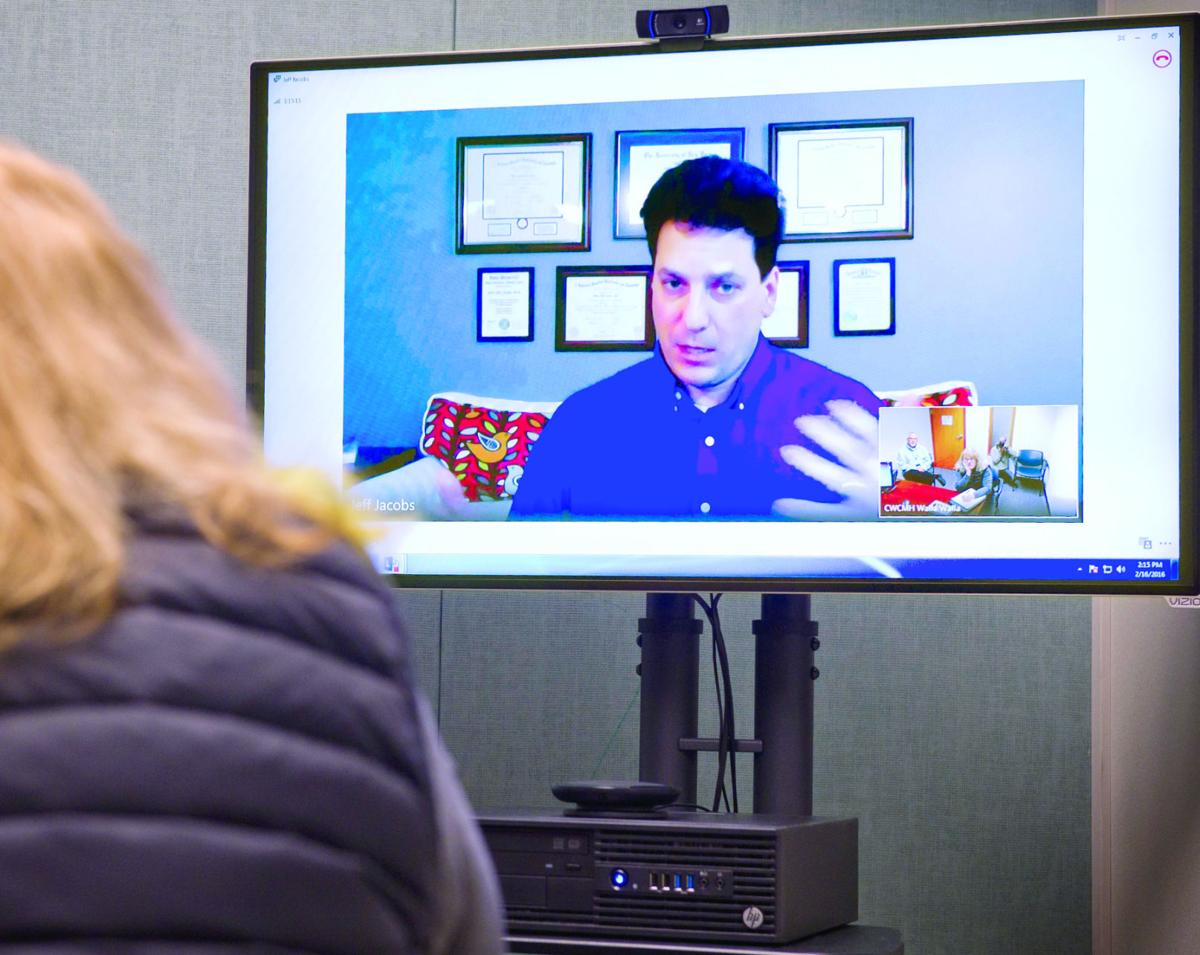 Dr. Jeff Jacobs demonstrates how he conducts a pediatric tele-psychiatry session in an office at Central Washington Comprehensive Mental Health. 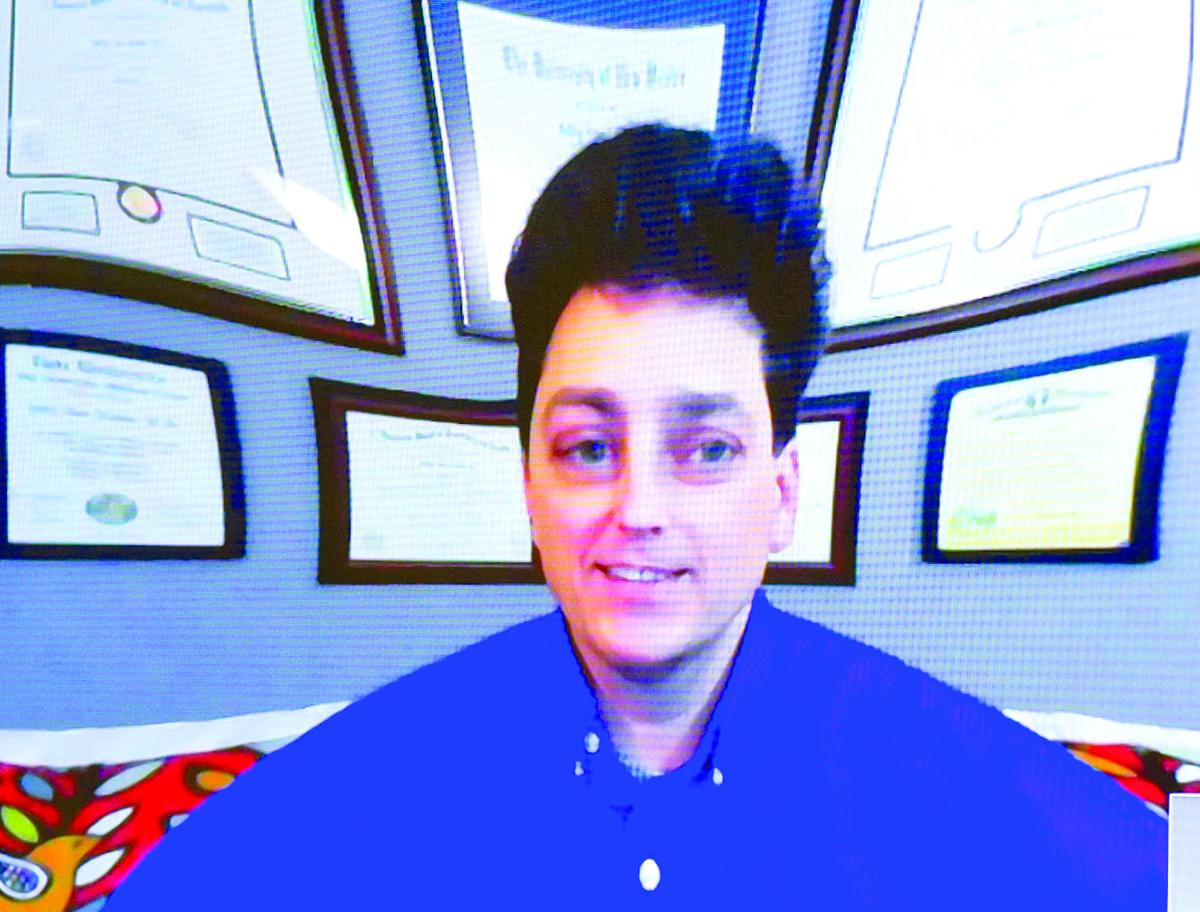 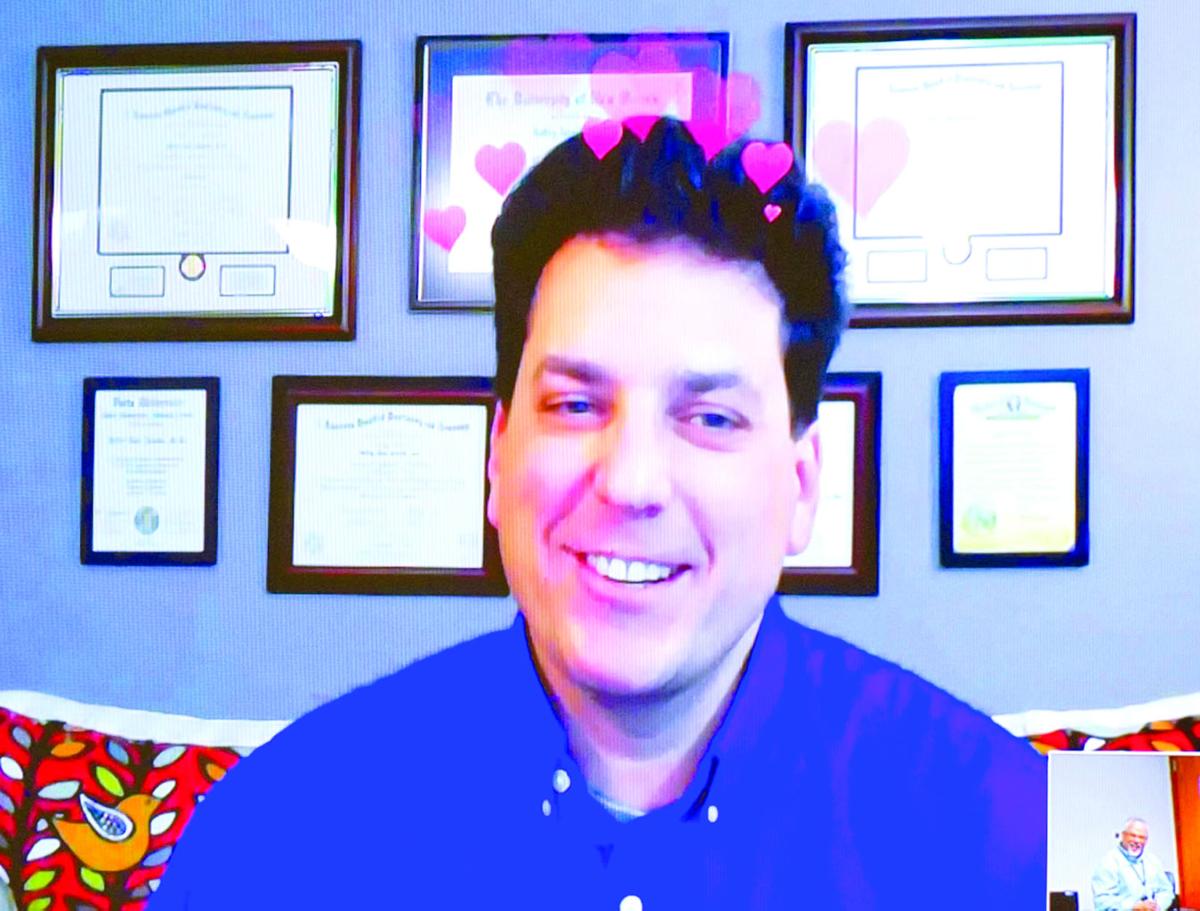 Dr. Jeff Jacobs demonstrates how he conducts a pediatric tele-psychiatry session in an office at Central Washington Comprehensive Mental Health.

In rural areas where no practicing child psychiatrists live, the disembodied head is king.

Not, perhaps, how Dr. Jeff Jacobs would describe himself. And definitely not how his patients come to view him live via computer screens in a matter of minutes.

Via a webcam, computer monitor and a secure electronic connection, he meets with kids and their parents to diagnose behavioral issues and prescribe medications.

In his sessions he chats and uses computerized visual gimmicks to put his patients at ease. Depending on his client on the other side of the screen, he might pick up the guitar he keeps next to a couch covered in fun colors to sing a little ditty.

Jacobs said he is careful to explain who he is and what he’ll be doing to those seated 2,300 miles in Walla Walla.

“My goal is to make as much eye contact as possible,” he said, demonstrating another screen with chart notes just below the camera’s view level, allowing his eyes to move minimally between the two.

He’s also meticulous to keep his image on the screen human-sized.

“I used to make a big deal out of the technology,” Jacobs added, hands expanding in the air.

The setup can be reminiscent of futuristic science fiction shows of yesteryear — think of the 1980s TV series “Max Headroom” — to those who haven’t experienced it.

But it only takes a few minutes before kids and their parents forget about the technology making the visit possible and focus on Jacobs as a real professional there to help.

Jacobs, 44, said he can tell when the moment happens, and it comes fast.

“They lean forward and they’re talking right to me,” he said.

Jacobs, immersed in pediatric telepsychiatry since 2009, teams with Comprehensive’s counselors and nurses for patients’ mental health care. And any good medication management appointment such as he does involves a good deal of listening, counseling and recommendations, he pointed out.

“For example, it’s not uncommon for me to spend nearly half of an appointment discussing body exercise, diet, sleep and sunlight,” he said.

Jacobs is among a growing number of specialty providers who work with agencies to bring psychiatric services to underserved areas.

Like many rural providers, the organization has struggled to recruit in-the-flesh psychiatrists for kids, here and at other Comprehensive locations.

The reasons are clear: the nation needs far more child and other psychiatrists than are currently practicing, meaning those who do can choose any job in any location, at just about any pay.

Jacobs said one study he saw said 35,000 psychiatrists are needed across the county; 6,000 are available.

Many psychiatrists prefer metropolitan areas where professional support, cultural opportunities and other amenities are close at hand, Norton said.

In writing for Psychiatric Times in 2013, doctors Sonja Lynm and Caroline Bonham said rural-based psychiatrists are confronted with issues like increased suicide rates, binge drinking and nonmedical use of prescription medication among adolescents.

And homelessness in rural areas from economic changes within the community are more likely to affect women and children, they noted.

And where there is access to kids’ psychiatric services, “sometimes the wait list is jaw dropping,” Jacobs said.

But convincing private health insurance companies to pay for virtual psychiatric services continues to be a challenge, although there is encouraging momentum, Norton said.

“It’s not perfect yet, not all funders have supported telepsychiatry, but they are evolving,” he said. “Those walls are coming down.”

Not every psychiatrist is a good fit for a video conference practice. Companies that serve as middle contractors between doctors like Jacobs and agencies like Comprehensive must screen for a number of factors to make sure a provider has the confidence, personality and “desk side manner” to make it work, said John Simpkin, Comprehensive’s Walla Walla County director.

Setting up telehealth at Comprehensive cost about $1,200, far less than relocation costs for an in-house provider. The technology continues to improve from the early days when power failures and dropped connection could disturb sessions. There continues to be bugs, of course, but those get worked out as time goes along, Norton said.

Having the telehealth room at Comprehensive at the ready means an ability to respond to emergency situations. If a patient needs a psychiatrist right away, Jacobs or another provider can be on deck quickly, an option Comprehensive was previously unable to offer, Norton said.

There is growing data to support the use of video psychiatry, Jacobs said.

One study done in 2015 tested the effectiveness of telehealth delivery of care to children with attention and defiance problems.

After testing 223 children in seven communities with both traditional primary care provider and video conference service models, researchers with the University of Washington and Seattle Children’s Research Institute found that kids in both groups improved.

Children assigned to telehealth psychiatrists improved significantly more than children in the primary care provider groups when it came to attention deficits, according the study published in the Journal of the American Academy of Child & Adolescent Psychiatry.

“Of dozens of studies so far, none show anything negative about telepsychiatry,” Jacobs said.

He was initially a skeptic himself: “I didn’t think people were going to be ready to tell their most intimate information to a guy on a screen.”

But once a relationship and trust is built between a doctor and a patient, people seem at ease and happy for the care, he said.

“In fact, people in Walla Walla are very happy nothing they say to me is going to come back around to them, the way it sometimes can in a small community.”