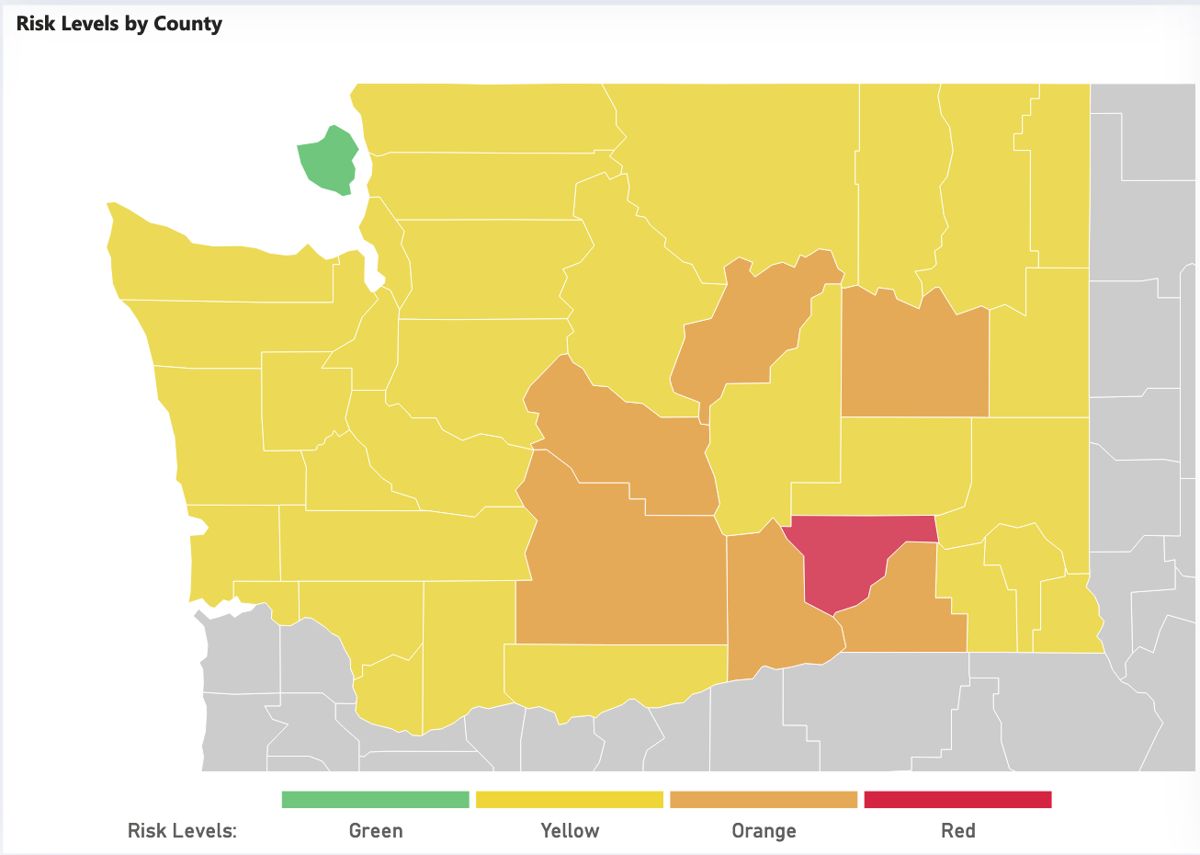 Map of COVID-19 risk levels by county in Washington; red is the most severe. The interactive map is online at 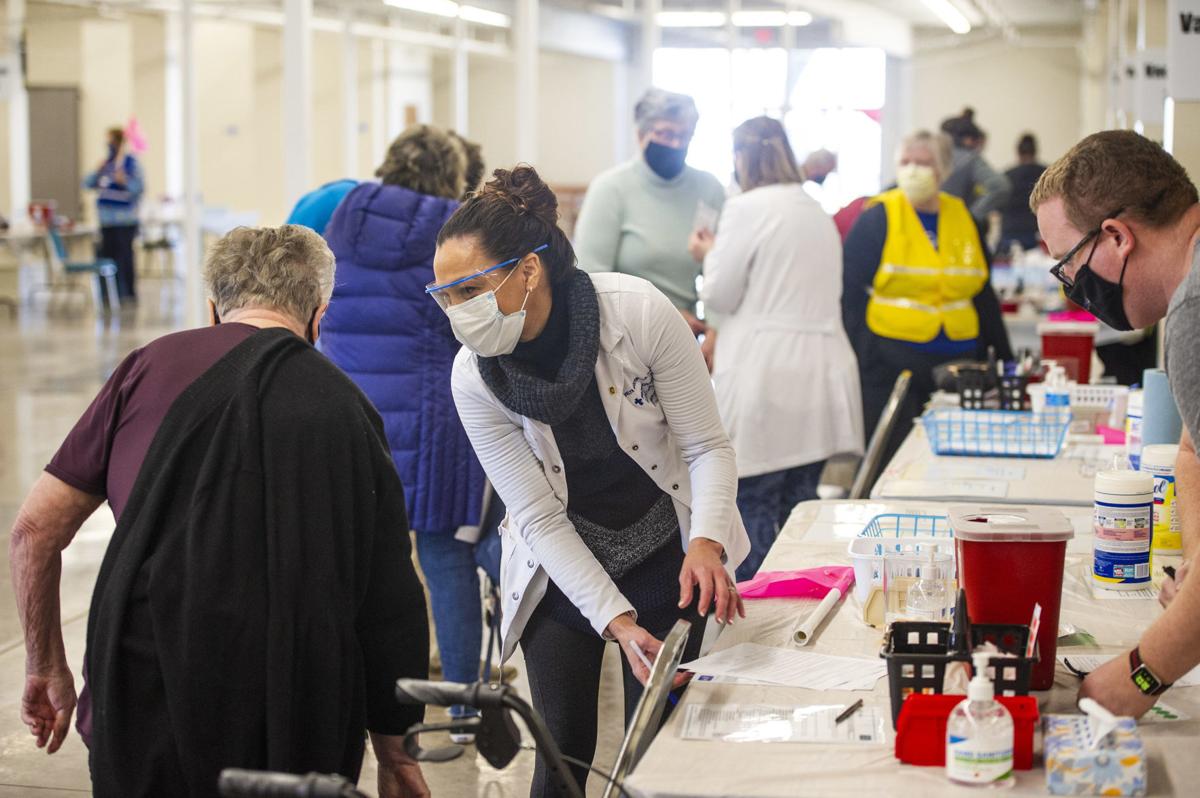 Map of COVID-19 risk levels by county in Washington; red is the most severe. The interactive map is online at

Walla Walla, Benton and Franklin counties are leading the state of Washington and most of Idaho and Oregon in recent new cases of COVID-19, according to data from the Brown University School of Public Health.

Walla Walla County has the highest rate in the three states, with 28.5 new cases per day per 100,000 people over seven days, the university reported Tuesday, using data from the Harvard Global Health Institute and other partners.

County health officials here reported 215 active cases of the virus on Wednesday, July 14. On the same date in 2020, there were 69 active cases in Walla Walla County and 76 cases on July 15, well before any vaccine was available.

In a Facebook post earlier this week, Department of Community Health officials said in June, Walla Walla County had more positive COVID-19 cases than April and May combined and that just nine days into July, there were 37 more cases that the first nine days of the previous month.

Brown University characterized Walla Walla County’s COVID-19 level at being at the “tipping point” and Benton and Franklin counties as having “accelerated spread.”

That’s nearly double the rate or more of other Oregon counties in the accelerated spread category; Umatilla County is headed into the “tipping point” of 25-plus cases per 100,000 people. That would have warranted stay-at-home orders under Oregon’s former risk level plan.

In northern Idaho, Shoshone County had a daily case rate of 21.1, ranking it fourth. By comparison, Washington’s most populous county, King County, had a case rate of 5.1.