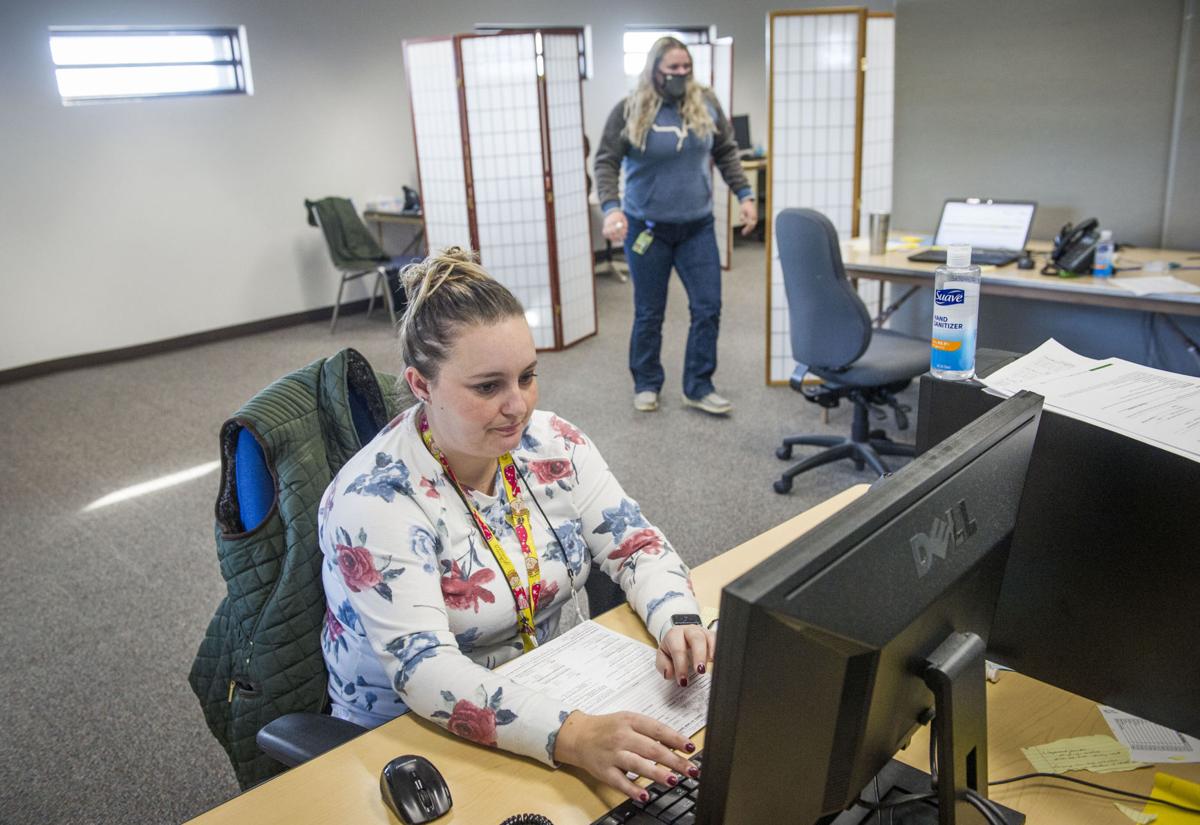 Contact tracer Alexa Collins with Umatilla County Public Health logs information on a call Friday morning last fall. Collins and others in her department spend hours on the phone each day in the effort to halt the transmission of COVID-19. 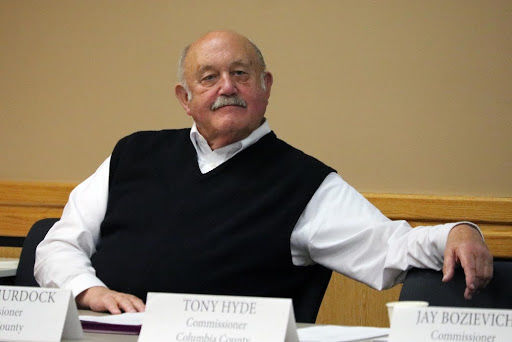 Contact tracer Alexa Collins with Umatilla County Public Health logs information on a call Friday morning last fall. Collins and others in her department spend hours on the phone each day in the effort to halt the transmission of COVID-19.

Umatilla County officials have learned the county will drop out of the “extreme risk” category and into “high risk” on Friday.

Oregon’s roadmap for curtailing the spread of COVID-19 puts counties into one of four categories, from low to extreme risk, based on case counts, test positivity rates and hospital capacity.

Umatilla County has been in the extreme risk level since before Thanksgiving.

It’s one of 16 counties to improve over the past two weeks, according to Oregon Gov. Kate Brown’s office.

The move will open Umatilla County to more business and activities, including some indoor dining and gatherings, and take the pressure off schools, Murdock said.

Since last Friday, he and other county officials had been holding their breath. A case of unreported numbers from Yellowhawk Tribal Health Center on the Umatilla Indian Reservation appeared to put Umatilla County just above the case counts needed to step down to high risk, he said.

However, those unreported cases — which were appropriately treated at the time they occurred — stretched as far back as June and did not accurately reflect the present state of health, said Joseph Fiumara, director of public health. No one knows just where the data glitch happened, but those cases were not from the past two weeks, and that’s how the state is measuring health metrics at this time — two weeks at time, Fiumara said.

A final, “emotional” appeal was submitted to Brown’s office late Monday afternoon, with additional data for consideration, including that Umatilla County’s test positivity rate is at 9.5%, below the 10% rate required to move down, Murdock said. That information came via a painstaking process by Fiumara and epidemiologist Halley Maloy, going case-by-case through every positive test leading up to the last two weeks, Murdock said.

On top of Yellowhawk Tribal Health Center error, it was discovered that COVID-19 positive inmates at the two state prisons in Umatilla County had been added to the community case counts, something state officials has assured county officials would not be factored into category decisions.

Once these mistakes had been fixed, Umatilla County then recorded 156 cases for the last two weeks, six under the benchmark of 162.

Even so, Monday’s draft report from Oregon Health Authority showed Umatilla County still holding in the company of 13 other counties in the highest risk level, Murdock noted.

“Several hours later, we were told we will be moved,” he said.

Moving into a lower risk category is forward progress, officials said, but isn’t guaranteed. If case counts and positive test numbers go back up, the state will return Umatilla County to the extreme risk category.

A contact tracer records information in her job of contacting Umatilla County residents about exposure to COVID-19.

Picture of His Life - documentary film