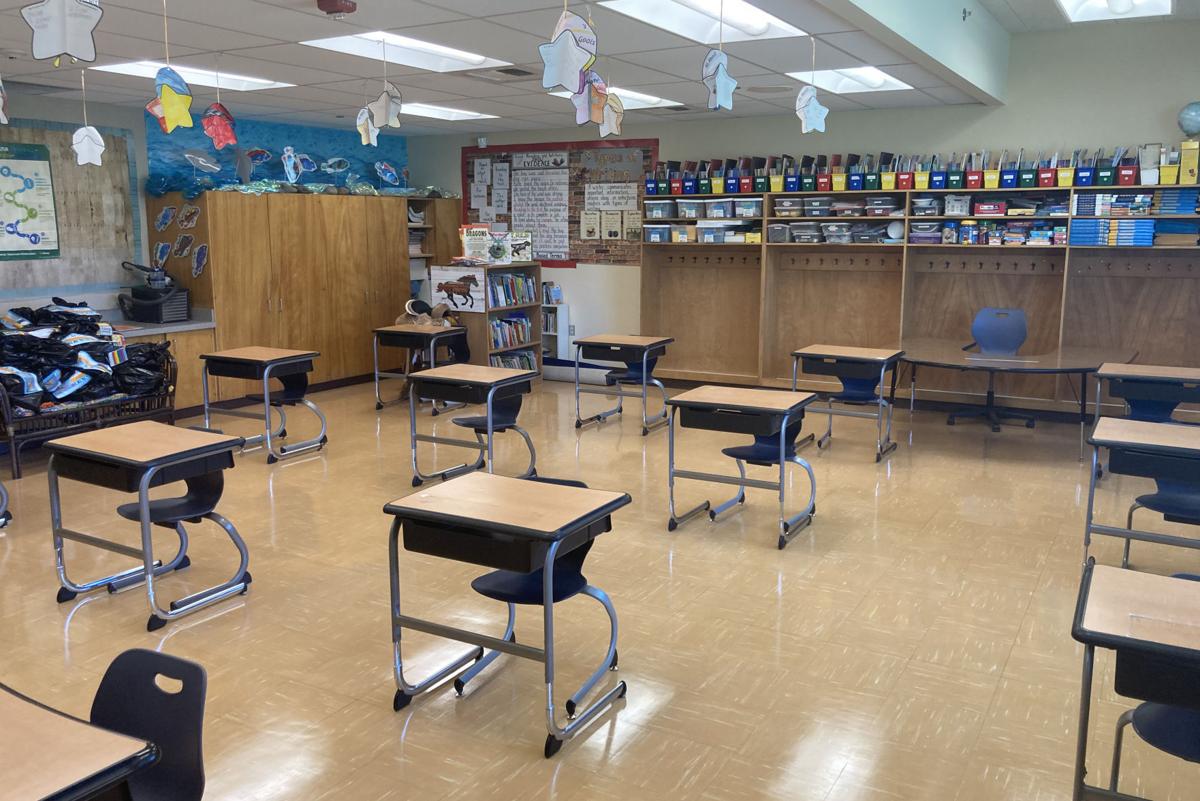 A Prescott classroom shows the distance needed for in-person school is possible should the district choose that route. A decision is expected Friday. 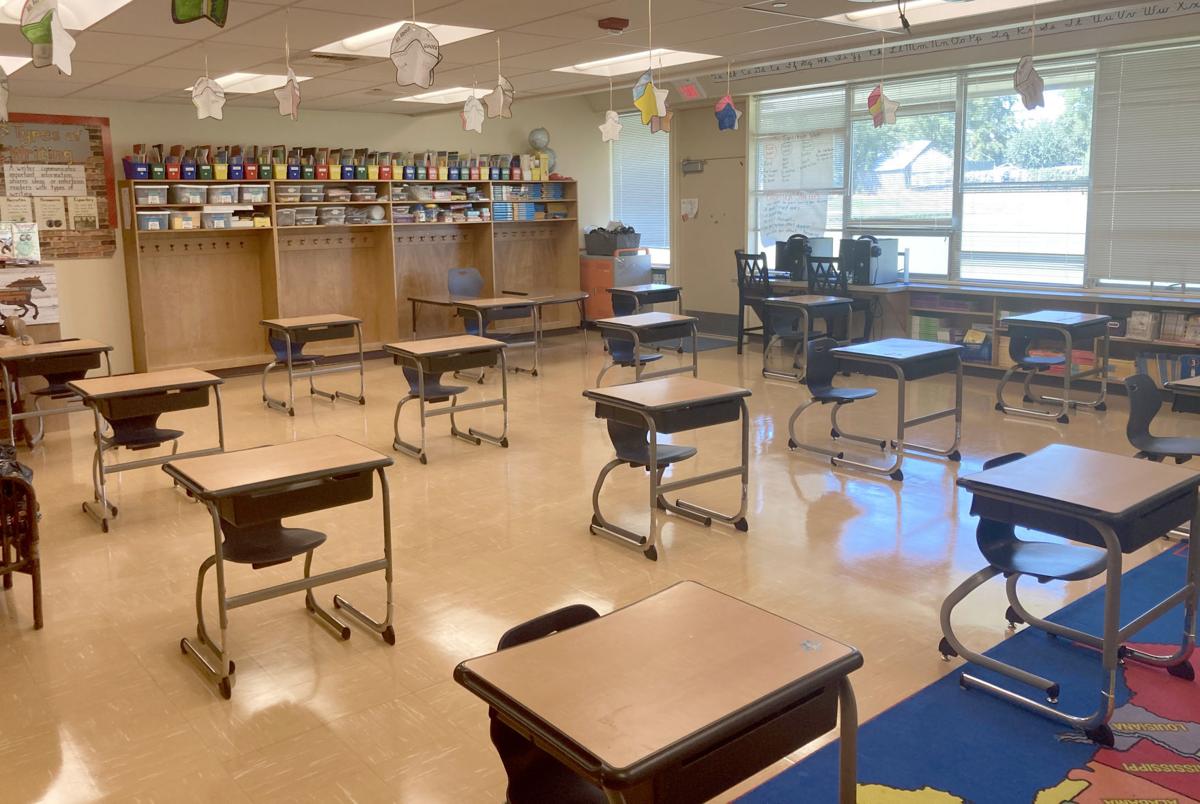 This Prescott classroom has 15 desks setup 36 square-feet apart from each other. However, 17 students will be in this classroom this fall. Once the bookshelves in the back are moved, adding the two extra desks won’t be a problem.

A Prescott classroom shows the distance needed for in-person school is possible should the district choose that route. A decision is expected Friday.

This Prescott classroom has 15 desks setup 36 square-feet apart from each other. However, 17 students will be in this classroom this fall. Once the bookshelves in the back are moved, adding the two extra desks won’t be a problem.

Prescott School District’s new Principal and Superintendent Justin Bradford hopes students will be able to make a full return to classrooms this fall. He and his staff are actively planning for it. He just isn’t sure it’s going to happen yet.

“I am trying to elicit as much information as I can from the community … There are concerns about safety, understandably. We want to return as safely as we can. But generally, the feeling is we want to come back,” Bradford said. “But if our governor does what Oregon’s did, I just want it to happen now. If we are going to do distance learning I want to know now so we can focus on preparing.”

In-class instruction does seem less likely with with every passing day. While many Oregon school districts — including Milton-Freewater and Athena-Weston — were planning to open for in-person instruction, a recent mandate by Oregon Gov. Kate Brown will prevent most districts from doing so.

Brown’s order prevents school districts from opening unless their county has fewer than 10 new COVID-19 cases per 100,000 residents over a seven day period. Should Washington Gov. Jay Inslee make a similar order, schools in Walla Walla County would be unlikely to open for in-person instruction this fall.

Still, Bradford is preparing as if the school will reopen.

The plan for now is for all students to return to school every day for full days. To do that under current guidelines from Washington’s Office of the Superintendent of Public Instruction, students’ desks need to be at least 6 feet apart from each other. This means there must be a 36-square-foot area around each student’s desk.

Bradford said this can be done in most of the rooms, though some classes may have to be moved.

Many of the classrooms have tables that can seat multiple students. Those are all being replaced with single-student desks currently in storage.

One room is mostly set up. Standing in this room, Bradford noted there will be 17 students in the classroom if they’re allowed to return in fall. There are currently 15 desks set up, all with the required barriers.

Across the back wall of the room, however, are bookshelves. When these are removed and placed in storage, adding two extra desks won’t be a problem.

Bradford said there are a handful of similar rooms that will require a bit of problem-solving. He also noted that classes can be held in a large outdoor courtyard and in the library.

In order for in-person instruction to take place, the school district will also have to come to an agreement with the teachers’ union. Bradford said the teachers he has spoken with all want to return. He says he doesn’t expect that to be an issue.

Last week, the Washington Education Association announced its opposition to a return to in-person instruction and urged Inslee to require schools to use distance learning to begin the school year.

Should guidelines remain what they currently are, Bradford said he is confident the school will open without having to use a hybrid schedule where the student body is divided in two and each half attends school for half a day. Such a model is slated for the Walla Walla and College Place school districts.

Bradford said some of the regulations will lead to students in some districts getting a better education than in others, a frustration as educators seek equity learning.

“Part of my frustration is that while we’re fortunate because we’re small and we have larger classrooms, how is that equitable for districts that don’t have the same,” Bradford said. “Really, we are determining what kind of services kids will get based on the square footage of their buildings.”

Bradford said his district is fortunate to have enough single-student desks to seat each student without buying any more, as well as enough storage space to store extra furniture that needs to be cleared out to make room for social distancing. However, he worries about districts that don’t.

“If they have to spend a lot of money on desks, what happens to those desks when they don’t need them anymore?” Bradford said.

Bradford said his staff is doing its best to prepare rooms for classes while simultaneously preparing distance learning options.

He said for small rural districts, distance learning presents challenges of its own. Some students live in areas with no internet options, he said. Even a mobile hotspot won’t do any good because there will be nothing for that hotspot to connect to.