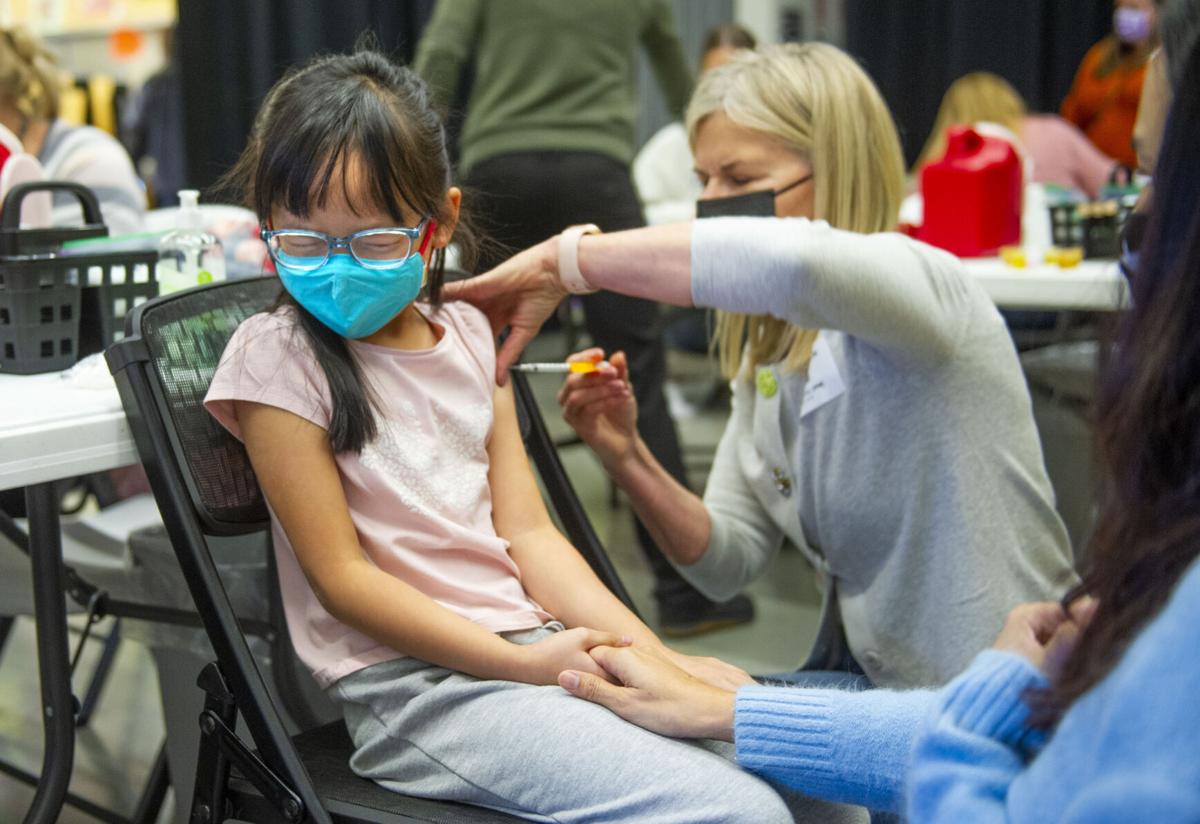 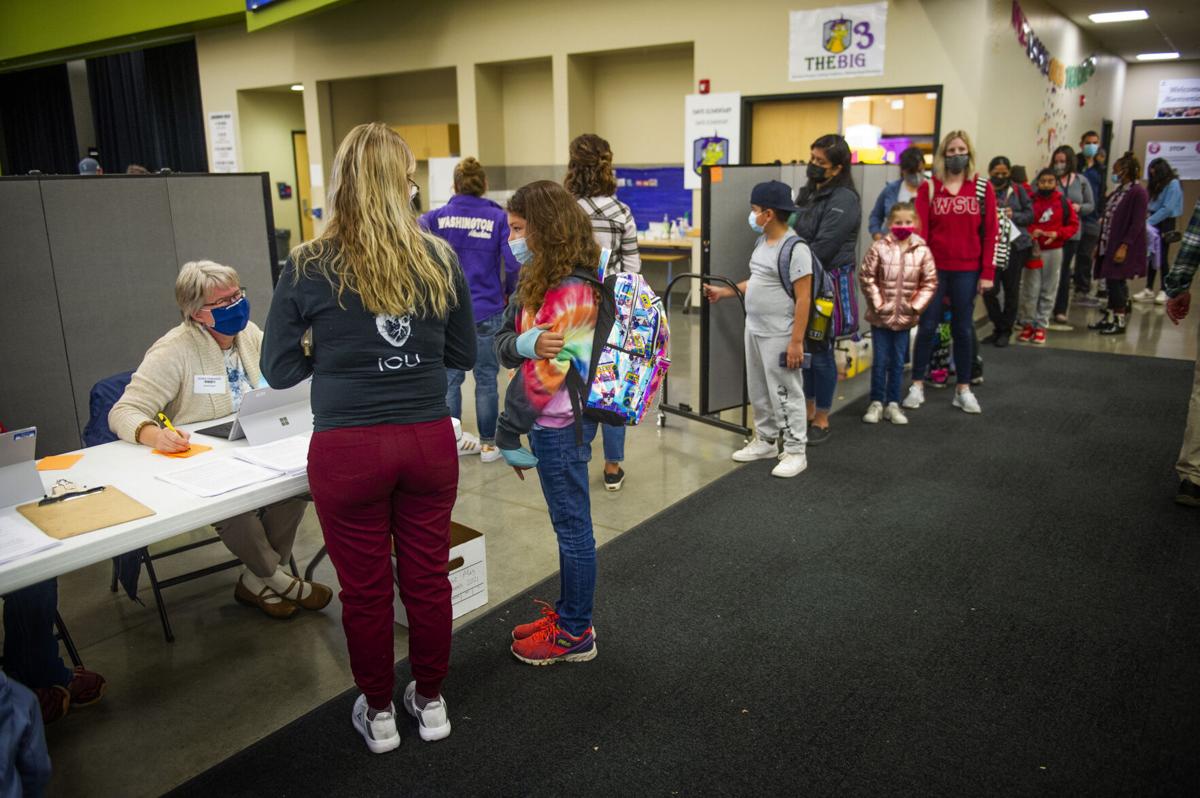 Parents and students line up for a COVID-19 vaccine clinic at Davis Elementary in College Place, Friday, Nov. 12, 2021. 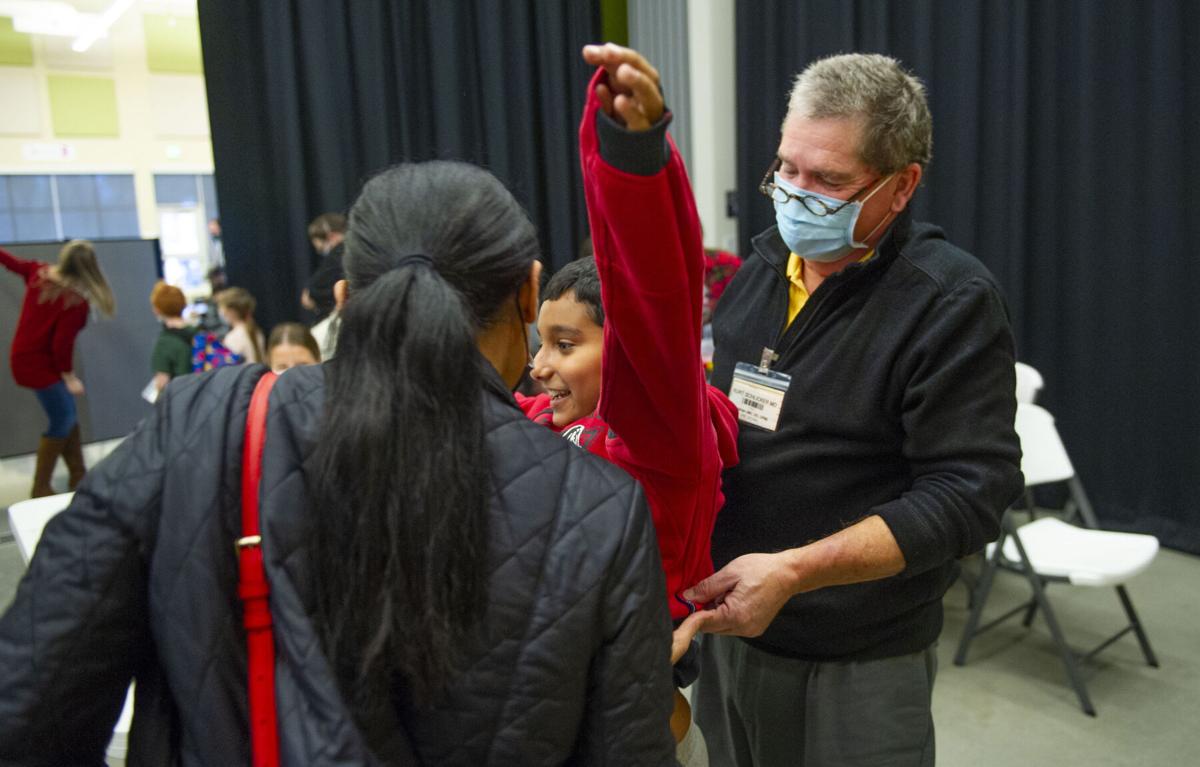 Dr. Kurt Schlicker helps a student with his sweatshirt after receiving the vaccine at a COVID-19 vaccine clinic at Davis Elementary in College Place, Friday, Nov. 12, 2021. 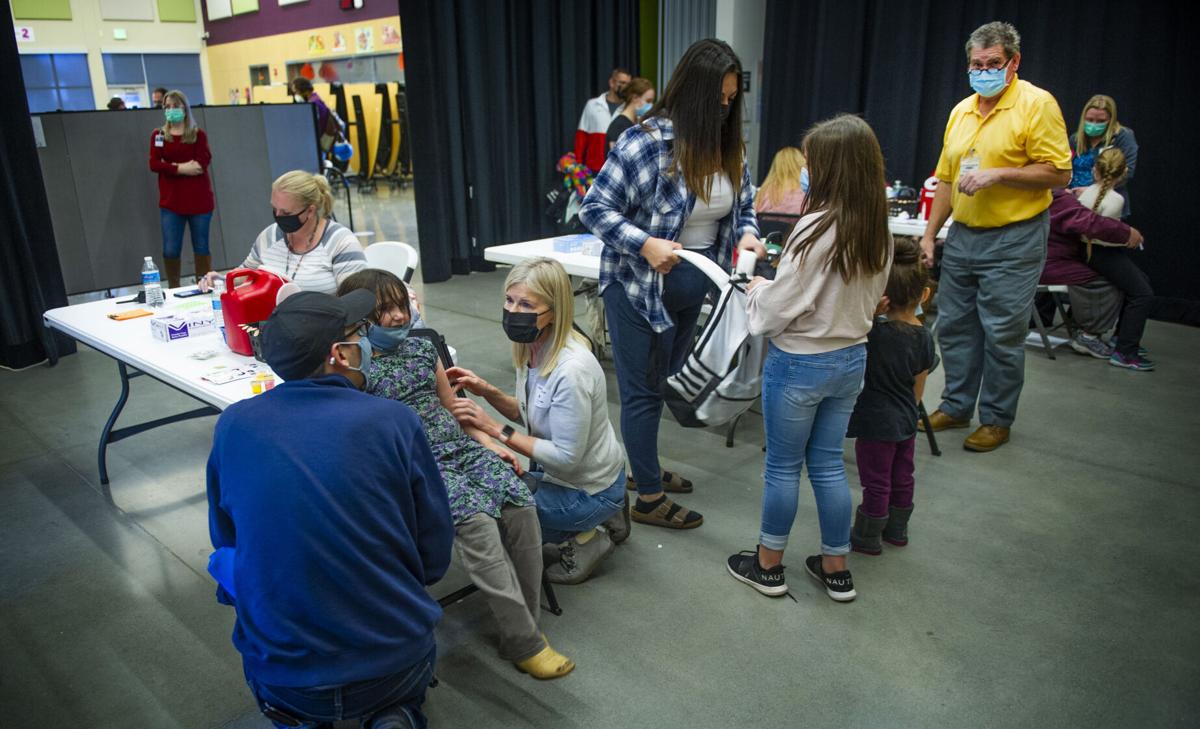 Parents and students line up for a COVID-19 vaccine clinic at Davis Elementary in College Place, Friday, Nov. 12, 2021.

Dr. Kurt Schlicker helps a student with his sweatshirt after receiving the vaccine at a COVID-19 vaccine clinic at Davis Elementary in College Place, Friday, Nov. 12, 2021.

The total number includes children who received their shot at one of six WWPS clinics at elementary schools, a College Place Public Schools clinic at Davis Elementary school, and two clinics at the Providence Southgate campus.

Each clinic is a partnership between the hosting entity and the Walla Walla Department of Community Health.

At WWPS clinics alone, 340 children received the vaccine. Most of these children are local students.

“Almost 100% were WWPS students,” Ruff said. “We did allow kids ages 5-11 who were not WWPS students to schedule appointments and be vaccinated, but there were only a few of these.”

The clinics were all completely voluntary. No local school districts have mandated that students be vaccinated against COVID-19. Parental permission is also required for a child to receive the shot.

Several parents at the Davis Elementary School expressed a sense of relief that their children were finally eligible to receive the vaccine.

Kanesha Henderson was at the clinic with her son, Davis Elementary student Dylan Johnson

Henderson, who said she received her vaccine right when the general public were allowed to do so, said the decision to have Dylan vaccinated wasn’t a hard one.

“We’ve been on board since day one so we were excited to hear that there was a vaccine available for the kiddos,” Henderson said.

Dylan said he was pleased that the shot didn’t “hurt as much as (he) thought it would.”

Jaimee Maurer, who was at the clinic with her daughter Aurora Maurer, also said getting her daughter vaccinated was an easy decision.

“I think it adds extra protection not just for my family, but for those who can’t get vaccinated,” she said. “I think it’s the right thing to do.

While protests have been held at at least one clinic in the area — Nov. 6 at the Providence Southgate campus — there weren’t any protestors at the Davis clinic, Henderson said it would not have mattered to her if there had been.

“I was going to be here with my son regardless,” she said. “Everyone is entitled to their own opinion. I’m not too worried about other people’s thoughts.”

The Nov. 6 protest at the Providence Southgate campus was organized Jake Owens, who told the U-B that he is not against the vaccine but rather against state and federal COVID-19 mandates.

The participants said they believe people should have the right to choose whether or not to be vaccinated and will continue to voice their opinions at future events.

Though it is mandated vaccines that Owens said he is against, his protest was at voluntary vaccine clinic that was not part of any state or federal mandate.

The Walla Walla County Department of Community Health still has other clinics coming up at other school districts.

In addition to the clinic at Berney on Wednesday, the department will be holding clinics at:

Where to get your free KN95 masks in Walla Walla