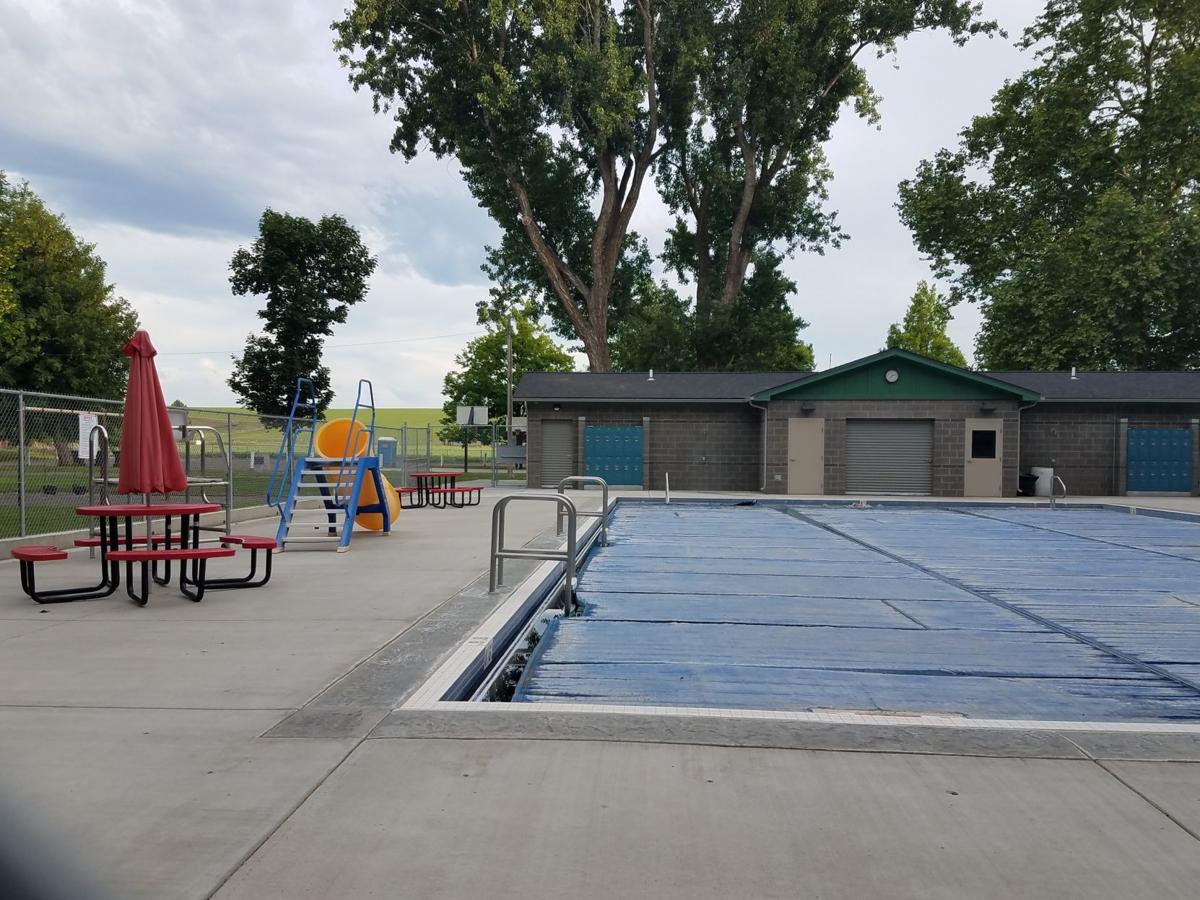 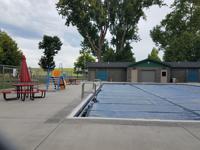 Athena's public pool will open Monday but with a number of restrictions to be followed. 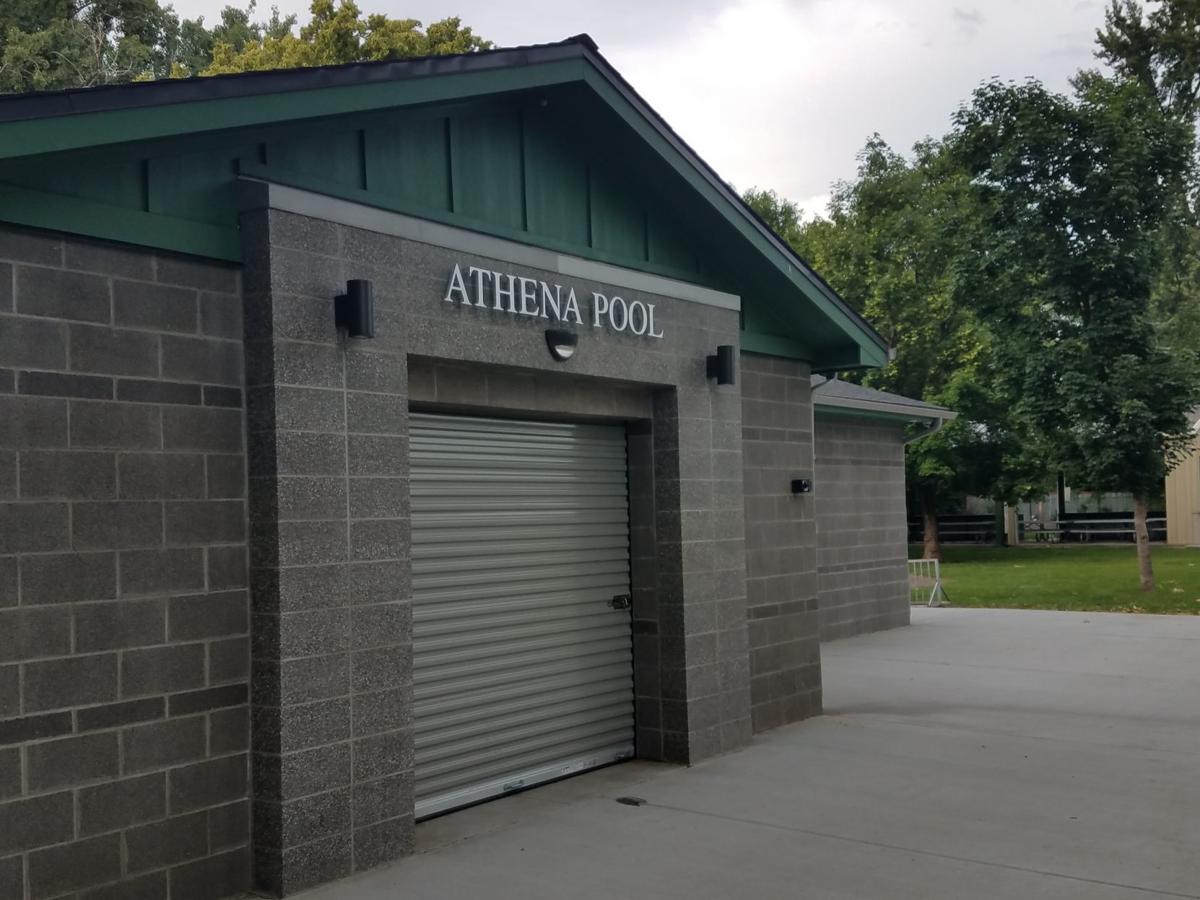 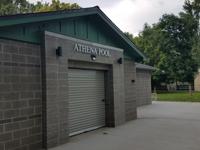 Customers won't enter the Athena pool from the front this summer. Instead, they'll use a side gate, reducing incidents of proximity, city officials said. 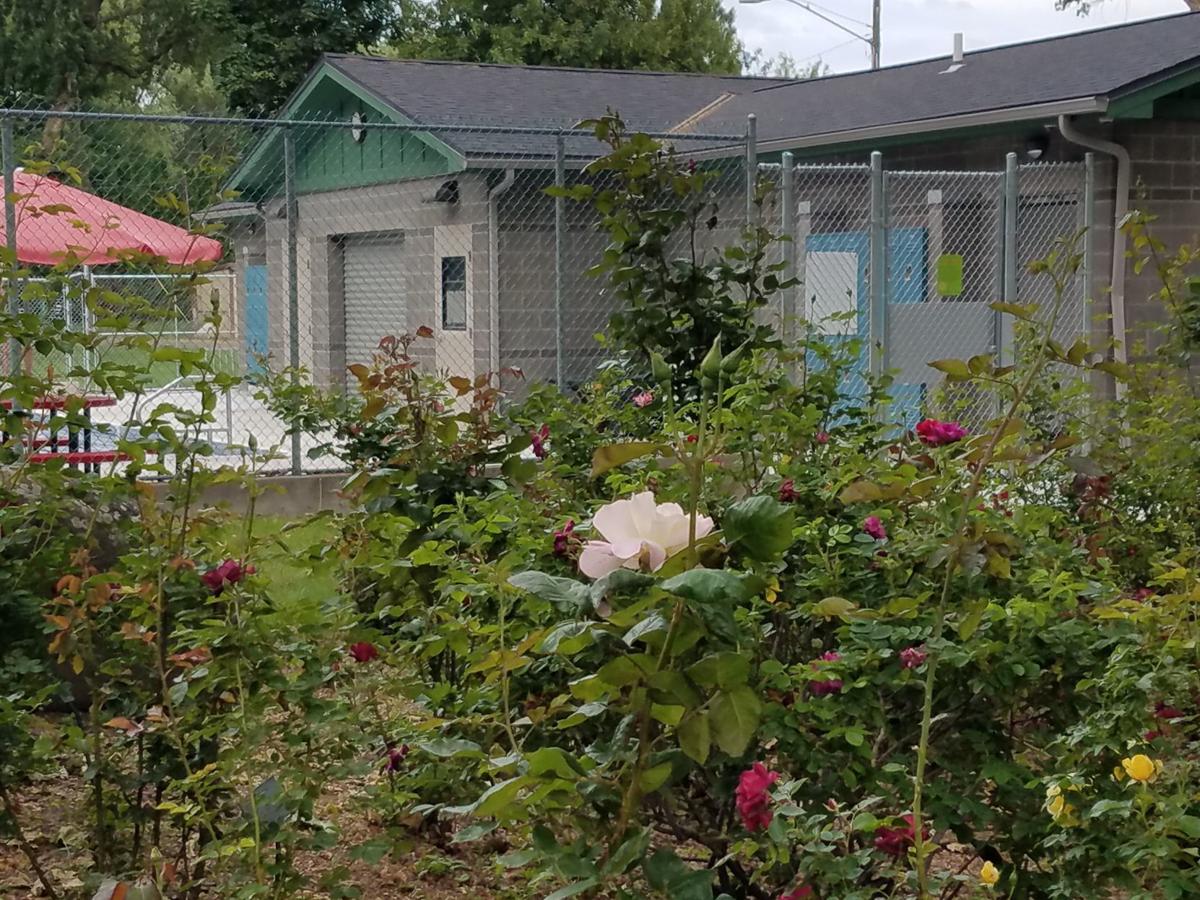 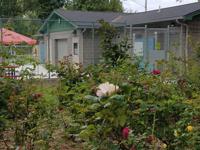 Due to COVID-19, swimmers will rinse off on the outside of the bath house at Athena's public pool this coming summer.

Athena's public pool will open Monday but with a number of restrictions to be followed.

Customers won't enter the Athena pool from the front this summer. Instead, they'll use a side gate, reducing incidents of proximity, city officials said.

Due to COVID-19, swimmers will rinse off on the outside of the bath house at Athena's public pool this coming summer.

MILTON-FREEWATER — City officials here said this week they are determined to get the town’s public pool open this year.

But exactly when that will happen and who gets to use the Joe Humbert Family Aquatic Center are questions not yet answered, especially in light of Umatilla County’s current upward trend of COVID-19 cases.

In a City Council meeting Monday, Councilman Brad Humbert brought up the importance of the pool as Milton-Freewater’s primary source of summer outdoor recreation.

With the arrival of COVID-19 in Oregon, recreational spots were shut down to stop people from gathering and thus slow the spread of the disease.

Although outdoor pools weren’t yet open then, the pandemic has stretched into the summer swimming season.

Last week Umatilla County was approved to enter Phase 2 of Oregon Gov. Kate Brown’s strategy for reopening businesses and services in the state. Among other things that phase allows public pools to open, albeit with a number of restrictions, such as using signs to remind users of health rules, having staff monitor for compliance and keeping all surfaces disinfected.

City Manager Linda Hall assured Humbert city staff is moving forward on all of that, but first last year’s problem has to be resolved.

In 2019, the city was forced to close the aquatic center at the end of July with several weeks of its swimming season remaining.

A rubber coating that had been applied to pool walls had failed, releasing chemicals into the 500,000 gallons of pool water.

Although the milky-looking water was tested and found safe for swimming, the lack of visibility made the pool unsafe for swimmers, Hall said then.

Despite trying several solutions, the city had to shut down swimming and offered season pass holders a prorated refund or a free season pass for this year.

Milton-Freewater settled for an undisclosed cash payout from the coating manufacturer, plus the cost of bringing in experts to evaluate the situation and give guidance on how to resolve it, Hall said this week.

The city estimated the faulty coating equaled about $80,000 in lost revenue, she said, including the expense of a severance package, of sorts, offered to pool employees.

The bigger loss, however, was to families that depend on the pool, Hall said.

“They did not get a full season last year,” the city manager pointed out, “and we really do not want to disappoint them for a second year in a row.”

Hall told the City Council a crew needs five to seven consecutive days without rain to finish coating the pool. Tentative plans call for a July 4 opening, with daily capacity limited to 100 people.

There is concern that Pendleton opted not to open its city pool this year, Hall said.

“We wanted Walla Walla and Pendleton to both open their pools to control the numbers,” thus taking some pressure off the Milton-Freewater pool, she said.

Real control, though, will come from state and county public health officials in deciding if Umatilla County can stay in Phase 2, Hall said Thursday.

On Wednesday Oregon Health Authority posted data showing Umatilla County trended upward in positive COVID-19 test results June 1-7, with a 200% increase in new cases of the coronavirus; 33% of those were not linked to a previously known case, according to the state health agency.

Such indicators include the number of hospitalizations in 14 days and emergency department visits for COVID-like illness, according to Oregon Health Authority.

Umatilla County, where 91 people had tested positive with the coronavirus on May 15 and as of Thursday has seen 148 confirmed cases, is in company with a number of other Oregon counties that have seen steady increases of positive tests for COVID-19 since entering Phase 2, as reported by Oregon Public Broadcasting.

In a Tweet on Thursday, the governor cautioned Oregonians that with reopening come risks.

“We now see a significant increase in COVID-19 infections in counties across Oregon and it is cause for concern,” Brown said. She noted she is putting all county applications for further reopening on pause for seven days.

If Umatilla County regresses to Phase 1 due to rising virus numbers it will mean closing the aquatic center, Hall said.

There will be lots of rules to follow, city recorder Michelle Fox said at Thursday’s City Council meeting, noting only an outdoor shower will be available and the bath house — built two years ago — will stay closed to the public.

A 50-person maximum is set by the state’s square-foot-per-person guidelines for Phase 2, but other admission details are not yet worked out.

In Milton-Freewater, Humbert said he wants to make sure the taxpayers who support the pool get to use it.

Residents here have paid for a public swimming spot since 1996, when a bond to rebuild the city pool was passed, he said Thursday.

“My theory is that if taxpayers are paying for it, by God, they should be able to use it. The surveys and questionnaires we send out always show the pool to be very important to taxpayers, and they have chosen to subsidize it.”