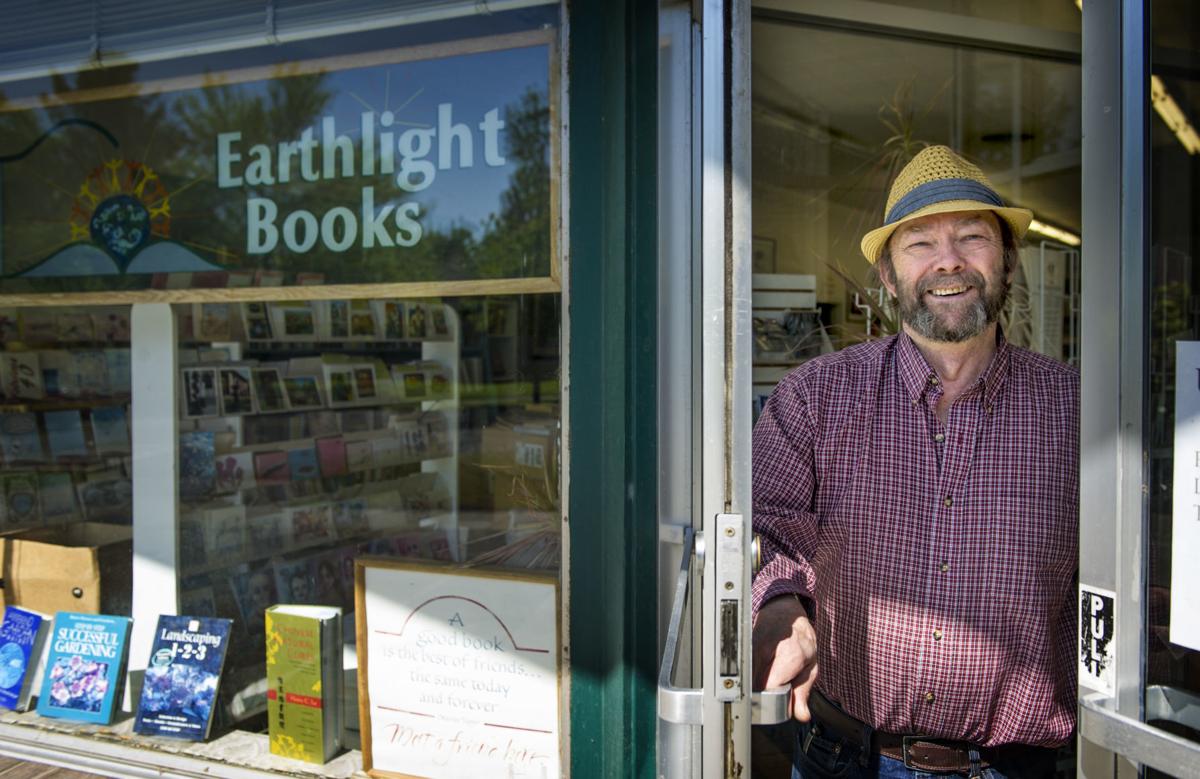 David Cosby at Earthlight Books on East Main Street is the only one who gets to open the door at his business right now. 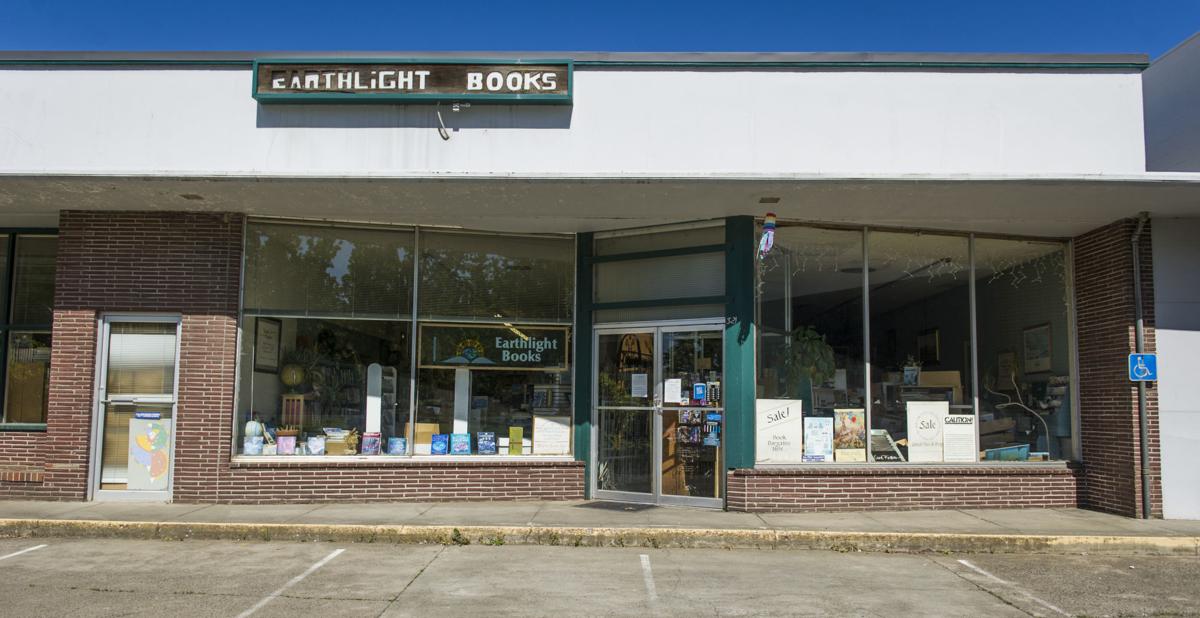 Earthlight Books in Walla Walla was hit hard by the COVID-19 shutdown. 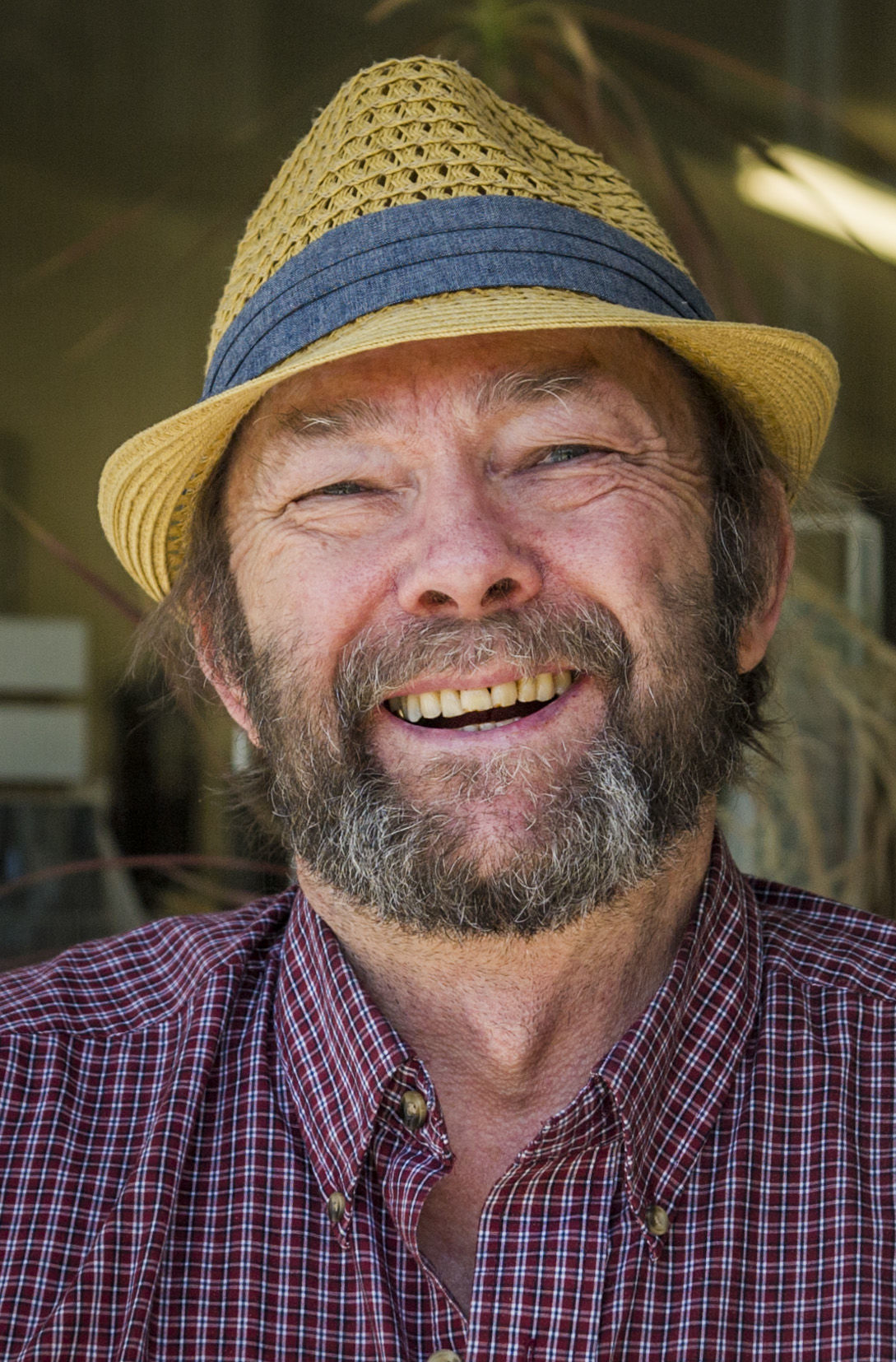 David Cosby at Earthlight Books on East Main Street is the only one who gets to open the door at his business right now.

Earthlight Books in Walla Walla was hit hard by the COVID-19 shutdown.

In the midst of books and shelves and more books, David Cosby looks upon East Main Street in downtown Walla Walla from behind the windows of his shop, Earthlight Books.

Fifteen miles east, over a hill and through the woods is Kooskooskie — a small neighborhood, next to Mill Creek where Cosby has lived 46 years, about the same amount of time he’s owned the bookstore. It is where his son, Sky Cosby, was raised in a tight-knit community slightly off the grid in the rugged beauty of the outskirts.

In February, the second 100-year-old flood of Cosby’s lifetime ripped through Kooskoosie, devastating the cabin to which he has yet to return and is now followed by a pandemic that threatens to do virtually the same to his business.

The book industry has long been moving into a new age. Physical sales at even the larger bookstore chains have dropped dramatically, and more media vie for the attention of consumers.

“The handwriting’s kinda been on the wall for years,” Cosby said. “... There are so many different diversions that people can entertain themselves with ... lots of screens to capture people’s attention.”

But selling page-turners has always been a labor of love more than a revenue stream for Cosby.

Earthlight made the jump into The Digital Age with a website that nets some additional sales.

Cosby has also been able to get involved with promotional events to help foster Earthlight’s position in the community.

For example, he sometimes helps arrange book signings and sales at the Walla Walla Public Library, which is where he was the night that 2020 turned a harrowing new page.

Cosby was not home the night of Feb. 6 when the waters of Mill Creek crested. He was house-sitting for a friend, which gave him a place to stay during the flood. While he avoided getting stranded — or worse — he was also not able to salvage anything from his home.

“It’s not completely wiped out,” Cosby said Thursday. “It’s kind of hard to tell because I haven’t been able to get an inspector to go up there to take a look at it or anything.”

About 12 to 18 inches of water submerged every room in the house. The hot water heater was the only appliance that survived.

“If I had been up there, I don’t even know if I would have been able to get out,” Cosby said. His home sits on the opposite side of a bridge that washed out. Had he driven across, he might have been marooned.

“I was probably fairly fortunate to be in town,” he recalled.

Once residents were allowed to go up the road a few days later to inspect properties, Cosby had to hike in from the opposite side about a half-mile. Reality hit when he arrived.

“It kind of just broke my heart when I looked in the door,” Cosby said. “I saw all of the mud and the mess.”

Cosby’s home had survived the 1996 flood that until this year had been considered one of the most devastating events in contemporary history. It came right up to the edge of his property. It was supposed to be the 100-year flood.

That term, he points out, is misleading. Rather than occurring every 100 years, the name means there is a 1% chance of a flood of that magnitude taking place in any given year, according to the U.S. Geological Survey. The flood of 2020 was also a 100-year flood event by that standard.

Still, Cosby thought he had seen the worst of water damage in 1996. It’s the reason he didn’t look into flood insurance afterward.

“There was a tremendous outpouring of local volunteers,” Cosby said.

“It’s a wonderful community up there,” Cosby said. “Whenever there’s a problem, people come together and work as a unit. It’s really gratifying and kind of restores your faith in humanity.

Local political leaders worked to get monetary relief from the federal government, and both Oregon and Washington declared states of emergency for Umatilla and Walla Walla counties.

Kooskooskie residents were hopeful for relief and recovery. Cosby hoped it wouldn’t sink him financially, so that his bookstore could continue.

On Feb. 29, everything changed again.

The first COVID-19-related death in the U.S. was in Kirkland, Wash., that day, just three days after the first “community transmission” of coronavirus was reported in California.

Within weeks, the world was plunged into the coronavirus pandemic. That was also a crucial time for the recovery at Kooskooskie, which has essentially come to a stop.

A group meeting in mid-March to plan for recovery from the flood was the last of its kind because group gatherings were banned.

Inspectors and contractors, unsure of what they were allowed to do, slowed their work.

FEMA turned its attention elsewhere and the hoped-for funding from that agency never came for private property owners.

“Everything’s been kind of on the back burner,” he said.

Eventually, Earthlight Books fell into the “nonessential business” category and Cosby had to close his doors to in-person sales.

“Book readers seem to think we are an essential business, even though the state doesn’t seem to think so,” he said. “But, oh, well.”

Naturally, his profits took a nosedive.

Chapter 5: The next recovery“I’ve never been one to ask for help much,” Cosby said.

“... But I didn’t have a place a live and with an economy that wasn’t great for books to begin with and now with everybody feeling the pain, it was kind of necessary to try at least get some help.”

Sky Cosby, who owns Last Word Books in Olympia, began a fundraiser for his own bookstore and for Earthlight Books.

In a year that went from normal, to hard, to impossible, the elder Cosby could not have prepared himself for what happened next.

“I haven’t felt this much love from people in years,” he said.

Friends, family, faithful customers and former classmates from Tokyo to Touchet began not only buying more books, but dumping dollars into the online fundraiser.

The generosity has granted Cosby the ability to keep the lights on, even if he’s the only one using them, while customers come by for curbside book pickups.

Cosby is hopeful the funds will float him a little while, and he’s eyeing June 1 as a possible day Gov. Jay Inslee will allow him to open fully again.

He said he supports measures to protect public health, such as social distancing, but he also thinks his store is an easy place to do that.

“I’m really wary especially of the federal insistence to try to open up as fast as possible,” Cosby said. “I think that is not necessarily the wisest move.

“But I know people are suffering and people need to get back to work.”

The Kooskooskie community hasn’t had much of a chance to talk about recovery again. The economy is floundering with unemployment skyrocketing. Book sales on a national level have gone up since the pandemic began, but it might not last once people are out of quarantine.

To top it all off, Cosby isn’t sure if his beloved community is the safest place to be anymore.

“It’s a lovely, wonderful place to live,” Cosby said. “But with the climate changes and odd weather, there’s really no guarantee that we’re not gonna see more floods like this.”

He’ll play the waiting game for now, like many people these days.

For now, he’s focused on keeping the pages turning at Earthlight Books. Without the business, there’s no chance he’ll be able to afford a renovation of his home, if that’s even possible.

The future is fickle for everyone now, he said.

“I don’t know that we’ll ever get to go back to what we had before.”

You can find Sky Cosby’s fundraiser for Earthlight Books at ubne.ws/earthlight.