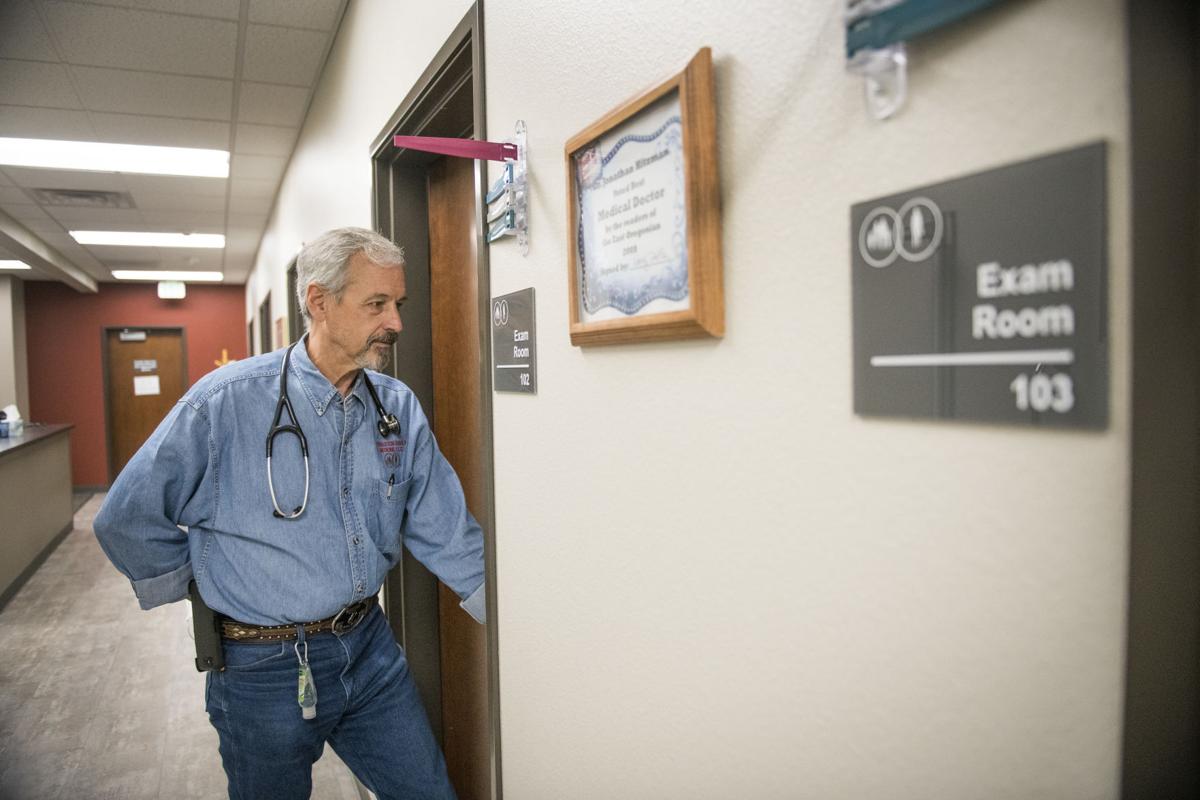 Dr. Jonathan Hitzman enters an exam room at Pendleton Family Medicine in Umatilla County. In his private-practice, he may see patients one-on-one. But as public health officer, his role is for the benefit of all 78,000 county residents. 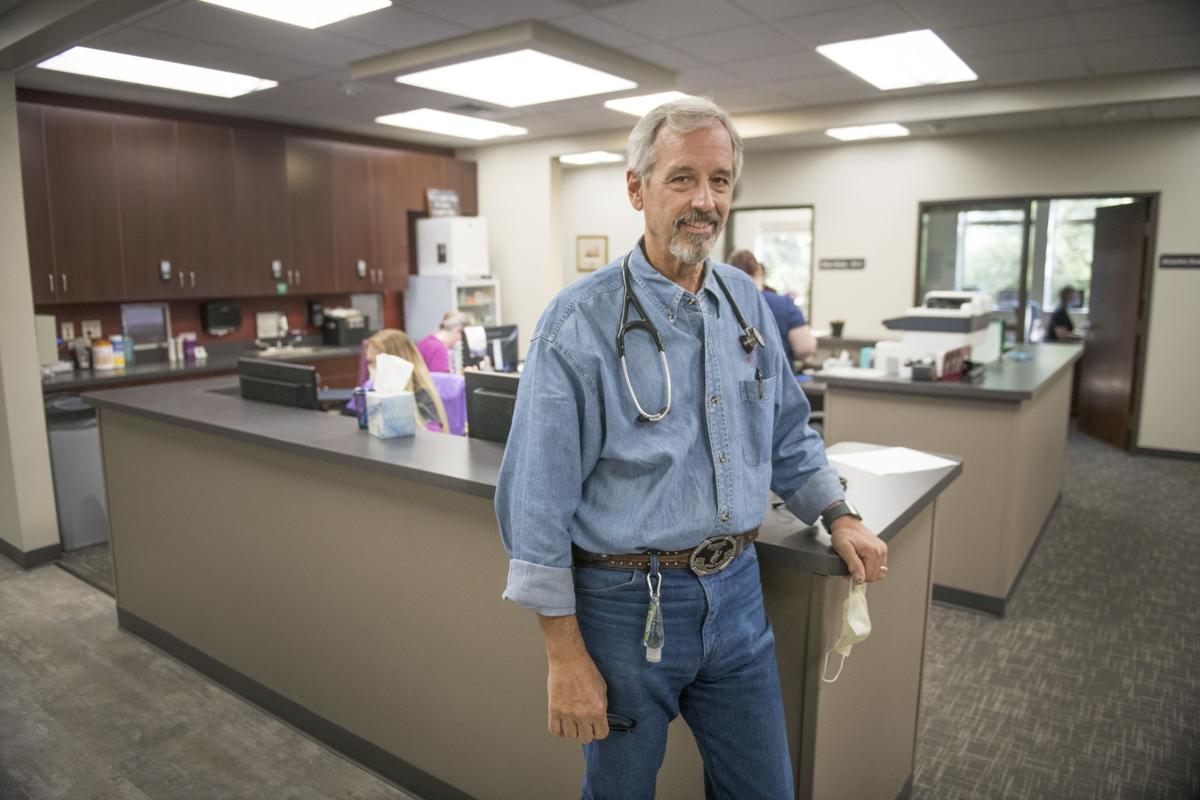 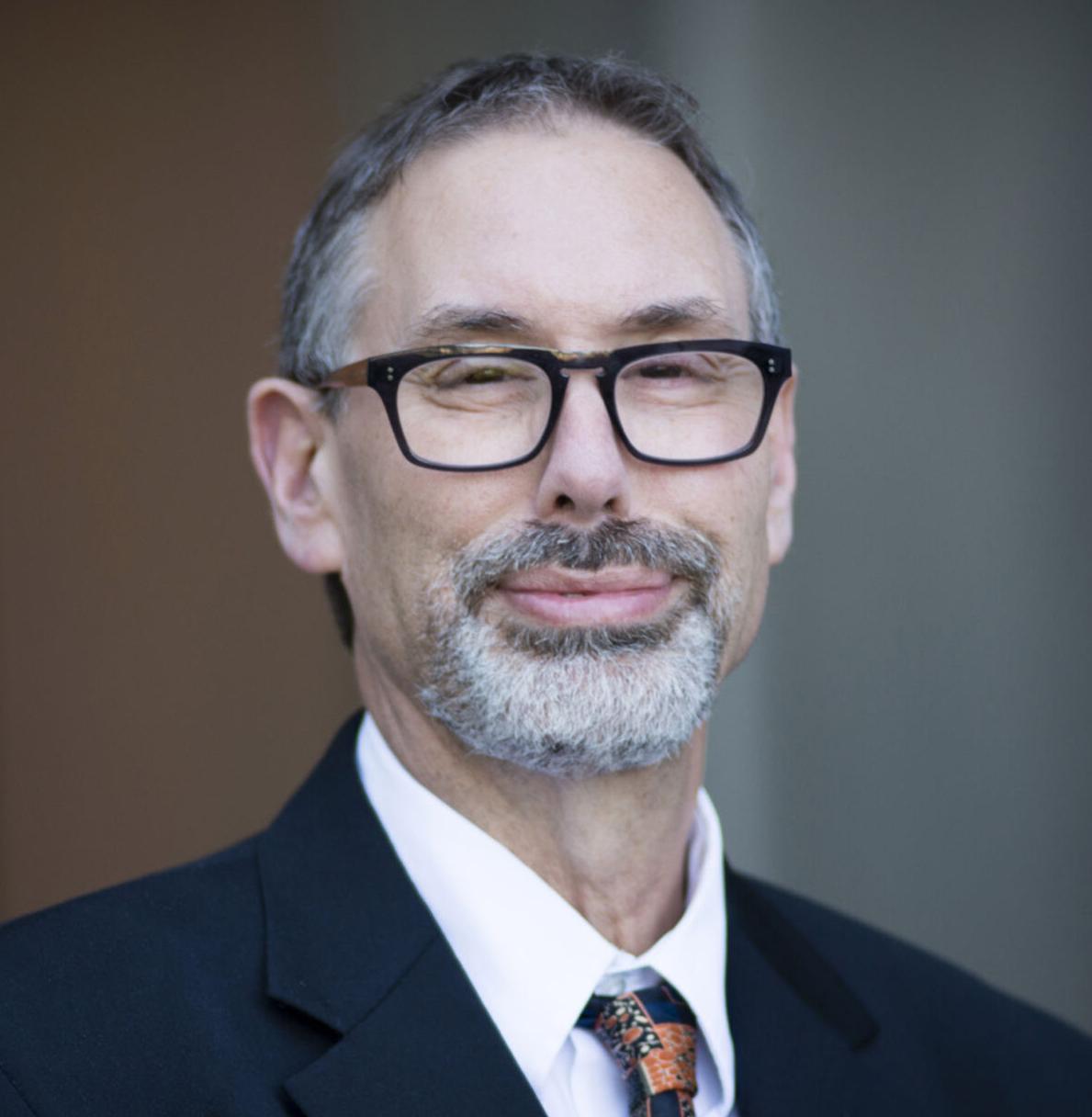 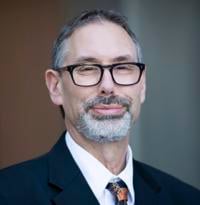 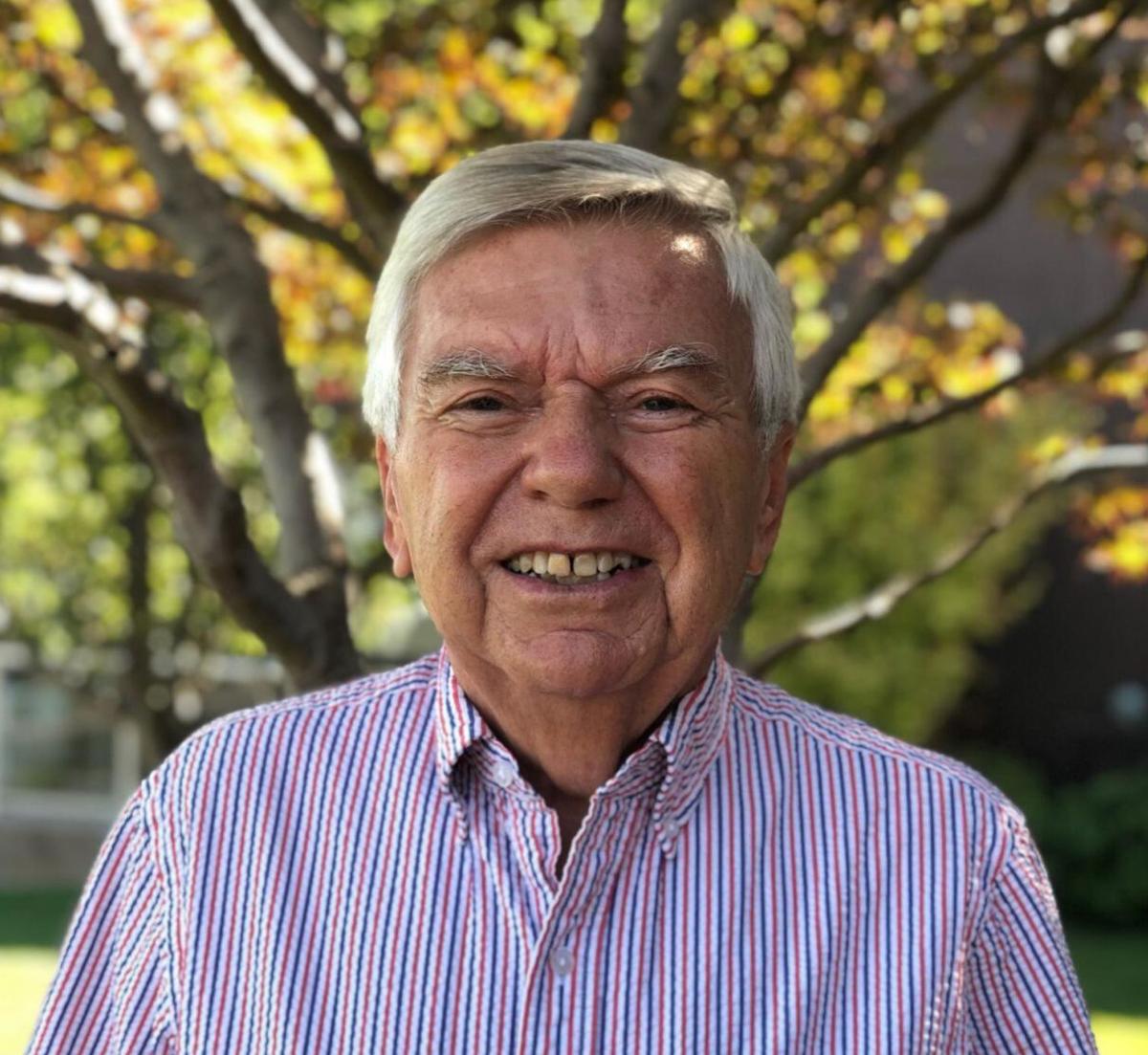 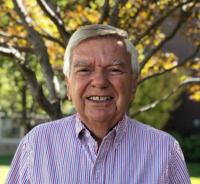 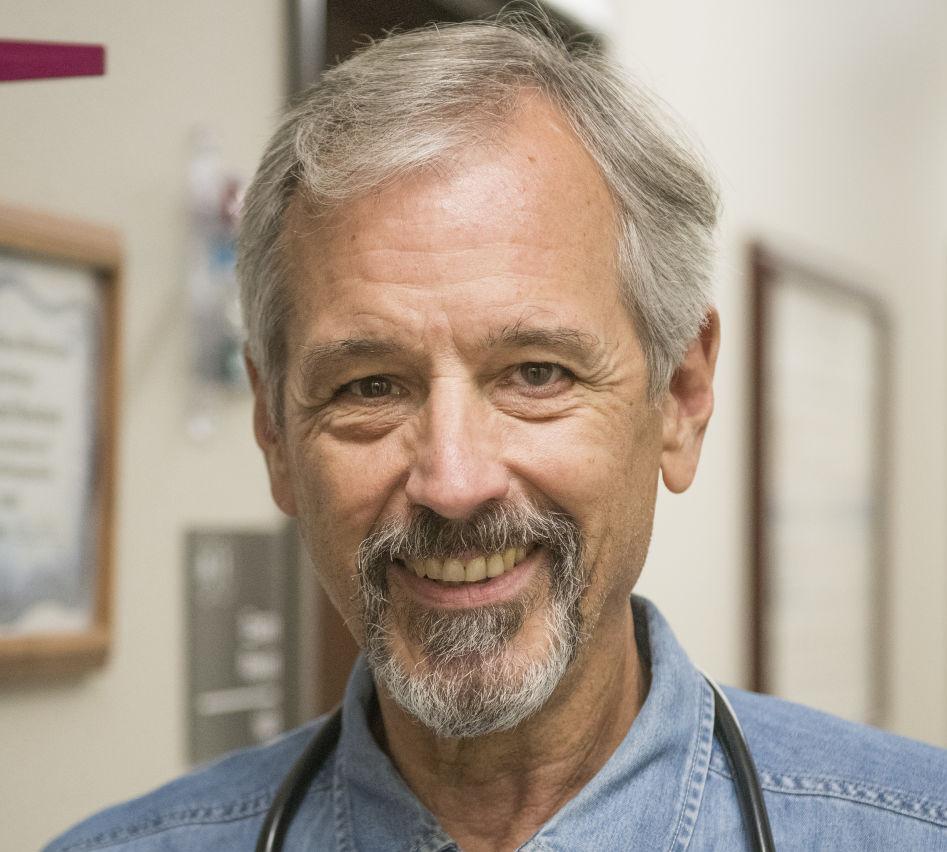 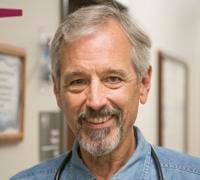 Dr. Jonathan Hitzman enters an exam room at Pendleton Family Medicine in Umatilla County. In his private-practice, he may see patients one-on-one. But as public health officer, his role is for the benefit of all 78,000 county residents.

Pandemics were not in his contract, Dr. Jonathan Hitzman said with a laugh.

Hitzman is Umatilla County’s public health officer, a position that’s historically been nearly invisible in most parts of the country.

And it didn’t usually involve a global crisis like the COVID-19 coronavirus that’s killed at least 905,000 people around the world to date, including 41 Umatilla County and five Walla Walla County residents.

When the pandemic arrived in the United States, it began peeling back the country’s layers of health, economic and societal norms to reveal gaps and inequities.

The process also showed the usually hidden responsibilities, power and flaws of the nation’s public health system, from metropolitan cities to rural counties.

In Umatilla County, which has about 78,000 people spread over 3,200 square miles of agriculture, forest and mountains, health challenges include obesity, alcoholism, smoking, too little exercise, poverty, sexually transmitted infections and limited access to health care.

In every state, city and county, public health departments have worked toward a healthier public. Now, though, these offices have been thrust into the spotlight at a time they were already struggling with pre-pandemic problems — seasonal flu, preventable childhood disease, food borne illness, addictions and suicide, noted the authors of “Trust for America’s Health” report for 2020, which pointed out the United States spends about $3.6 trillion annually on health.

Less than 3% of that goes to public health and prevention, the report said.

“Public health is a safety net — if nothing happens, we’re invisible. We’re doing restaurant inspections, testing water for bacteria and giving vaccinations. That doesn’t get the headlines,” Jecha said.

“But when we get a pandemic? Wow.”

Working out of sight

Further removed from everyday notice are the experts like Hitzman and Jecha who work with health department directors and government officials to shape and guide public health policy within their communities.

Even people in the medical field are largely unaware of the existence of public health officers, Jecha said.

The role is critical in ensuring an effective health system that addresses long-term and emergency needs in environmental, mental and physical health of all residents.

Hitzman, in Umatilla County, puts it this way:

“As a private-practice physician, my interactions with a patient are one-on-one. As the public health officer, I am taking care of 78,000 patients simultaneously.”

The role and duties of public health officers vary from state to state, and Oregon’s system is organized differently than Washington’s, noted Dr. Alan Melnick.

Melnick is both public health director and Clark County Health Officer in Southwestern Washington, a dual role he’s had since 2013.

Melnick said much of the public takes health departments for granted, and pays no attention to the administrative structure.

At least, that was usually the case. Now, however, officers like Melnick are becoming the face of pandemic-caused societal restrictions.

Cody, who said she’s received other threats, has not been shy in advocating for stay-at-home orders, social distancing and wearing masks. But her stance has led to threats and demonstrations at her home, according to CBS news in the San Francisco area.

Melnick has tasted some of the same.

“My department has been picketed. A group threatened to come to my house and picket me at my house,” he said.

Under Washington law public health officers have a lot of authority, similar to police powers. That doesn’t overtly impact communities in normal times — just because you have the power doesn’t mean you should use it, the physician pointed out.

With COVID-19, however, administrators have had to enforce quarantine and isolation rules, Melnick said.

So far Melnick has not received threats of bodily harm, but he has fielded a lot of accusations, he said.

“There’s been a lot of press … I’ve been called all kinds of names.”

The first public county health department in the United States was established in Yakima, Melnick said.

Public health was needed in the country to not only bring science and statistics to fighting disease but to care for entire communities, regardless of city and county boundaries.

A collective response was required to deal with contagious diseases such as cholera, typhoid and yellow fever, tuberculosis and diphtheria.

An accountable system could provide oversight for sanitation, water supplies and sewage disposal.

Smallpox, too, was an issue of the day that needed a community lens, said Harvey Crowder.

Public health officers, such as Jecha, must meet specific requirements in Washington. Many have master’s degrees in public health and all must be doctors, Crowder said.

Public health officers are often contracted by county commissioners. But the officer has to be able to set health rules without interference or bullying from government officials, Crowder said.

“The public health officer’s job is to tell them ‘Here is the problem and here’s what we need to do about it.’ To give them guidance and help set policy.”

In his decades in the field, he found those in the health officer spots to be highly intelligent, competent and independent thinkers, Crowder said.

The job also requires a collaborative approach, never more so than today, he added.

“You can’t address a problem like we have now in isolation.”

State and local officials can ignore the advice of their health officers, Crowder noted. “But they do so at their own peril.”

Leading as a team

Jecha said his career in the aerospace medical service for the U.S. Air Force taught him to recognize good health leadership.

Walla Walla County is fortunate in having Meghan DeBolt at its community health helm during this crisis, Jecha pointed out.

DeBolt and other health staff work in underfunded and understaffed departments, carrying tremendous responsibility for the health of a community without the proper resources, Jecha said.

“Until there is a pandemic,” he noted, likening the cycle of grant funding to “feast or famine.”

Those who make decisions about funding can forget that prevention efforts are constantly needed in communities, the doctor said.

These days, instead of handling a few emails and phone calls every week for Walla Walla County, Jecha finds himself in daily conversation with DeBolt and frequently consulting with the Department of Community Health nursing staff, he said.

“The public health officer job now is like the work is on steroids.”

Jecha said he counts himself lucky to be on the journey with the “fantastic” staff at the Department of Community health, including DeBolt, who also helps shape local and state health policy.

“We bring each other balance and perspective,” the physician said.

Hitzman, too, has found COVID-19 has substantially changed his public health duties.

Before Umatilla County Commissioner George Murdock began beefing up the public health department in 2014 — Murdock hired Meghan DeBolt then to help the cause — the public health officer job was a figurehead position in a part-time job in the county, and a long list of things went undone, Hitzman found.

“Basically, most of the public health officers had not been terribly involved,” he said.

Still, until recently the family practitioner found a once-weekly meeting to be sufficient in fulfilling his Umatilla County contract.

Now? The pandemic has reshaped that and everything else about public health. But busyness has been a lifelong habit, Hitzman said, and his partnership with the county’s commissioners and public health director, Joseph Fiumara, has been rewarding.