Gov. Jay Inslee is itching to see the four-laning of U.S. Highway 12 from Walla Walla to Pasco completed.

And that’s not just because the project, which has been stalled by budget woes and coronavirus-pandemic restrictions, has been a top transportation priority for this region for years.

Inslee sees the completion of Phase 7 of the Highway 12 project — the 11-mile stretch from Frenchtown to Nine Mile Hill — as well as many other construction projects across the state as critical to economic stability.

“We need a big infrastructure package. Highway 12 and a lot more work that needs to be done,” Inslee said a few days ago during a phone interview. “I think we have to do what got us out of the Great Depression, to defeat fascism (in World War II). We need the same scale or some portion of that for our roads. We have those needs just crying out. This is the perfect moment to rescue our economy.”

The state and local governments are cash-strapped now because sales-tax revenue, which is what fuels much of government at all levels in Washington, is in a bigger slump than the Mariners were last season.

It’s not likely to get any better in the next few months even as the stay-at-home-order is slowly lifted.

The city and county of Walla Walla last week, after looking at the projected sales tax collections, have started the process of trimming spending.

Inslee said that’s what needs to be done, at least in the short-term, but it’s his expectation — perhaps hope — that federal assistance will come to Washington state and that the Legislature could then provide financial assistance to city and county governments.

“We will be able to help some if (U.S. Senate Majority Leaders) Mitch McConnell does not force states into bankruptcy,” Inslee said, adding that he ultimately believes local communities will have access to federal funds sent to the states.

“It will help plug the holes for the state, counties and cities. ... The federal government is the one organization that can pump” in the necessary amount of money.

Again, Inslee sees much of the federal help coming in the form of a giant public works project.

Inslee on Friday opened the door to allow home construction and Department of Transportation projects across Washington. The DOT has to come up with ways in which to work safely, but it was Inslee’s expectation that earth could be moving relatively soon on the Highway 12 project.

Inslee was less certain as to when Walla Walla’s big tourism draw, the wine industry, would be open for business.

“This is not the time to drive around the state,” Inslee said, adding that he understands communities that depend on tourism are hurting.

Opening up tourism could be trickier than other industries. Those visiting Walla Walla from Seattle or other areas hit hard by the coronavirus could bring the virus with them.

Inslee said all the ramifications of lifting restrictions must be considered. And, he said, local governments have the power to impose tougher — but not lighter — restrictions than the state. So if the city of Walla Walla wanted to take added precautions in relation to tasting rooms, that might be possible.

That, however, is in the future — which feels like it’s been unfolding at a glacial pace during the shutdown.

At this point, Inslee’s focus was on slowly opening up the state by allowing more and more construction.

But through it all, the governor is trying to keep his sense of humor.

“You are in Walla Walla, so you have to wash your hands twice.” 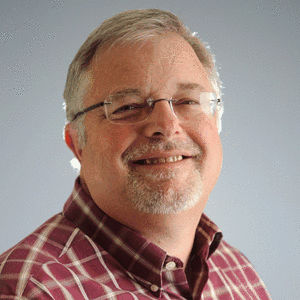 Editorial Page Editor Rick Eskil has been writing editorials for the Union-Bulletin since 1989. He started at the U-B as a reporter on the first day of 1980.