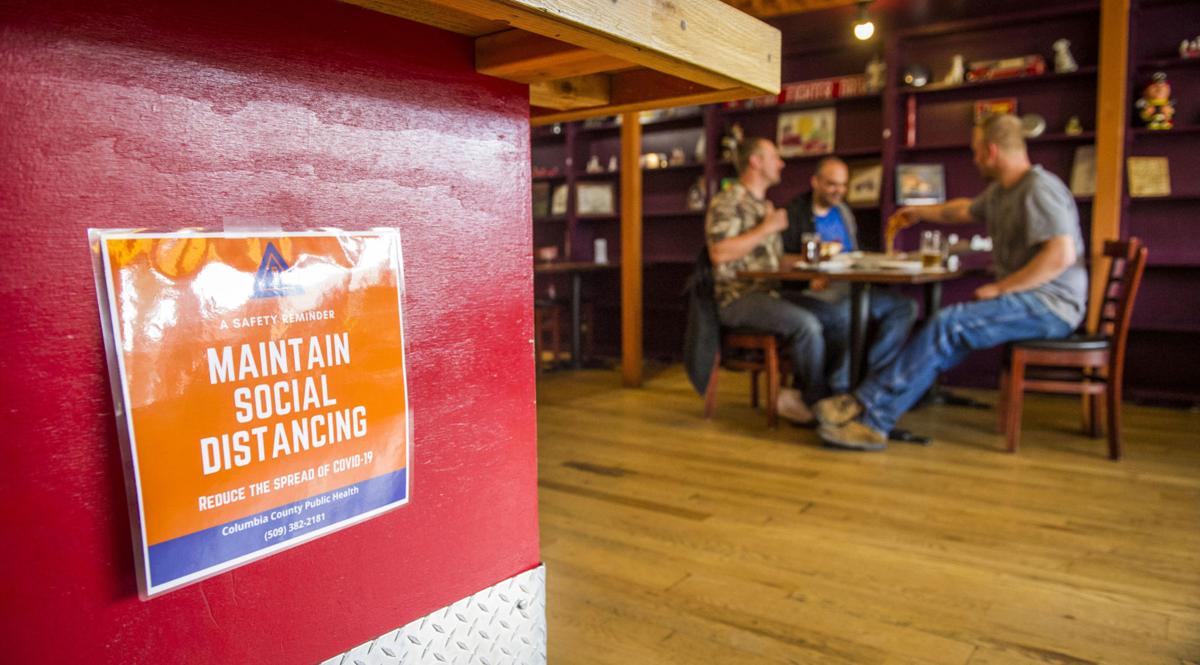 A table of three diners enjoys pizza and beer at Chief Spring’s Fire & Irons Brewpub Pizzeria in Dayton on Wednesday. 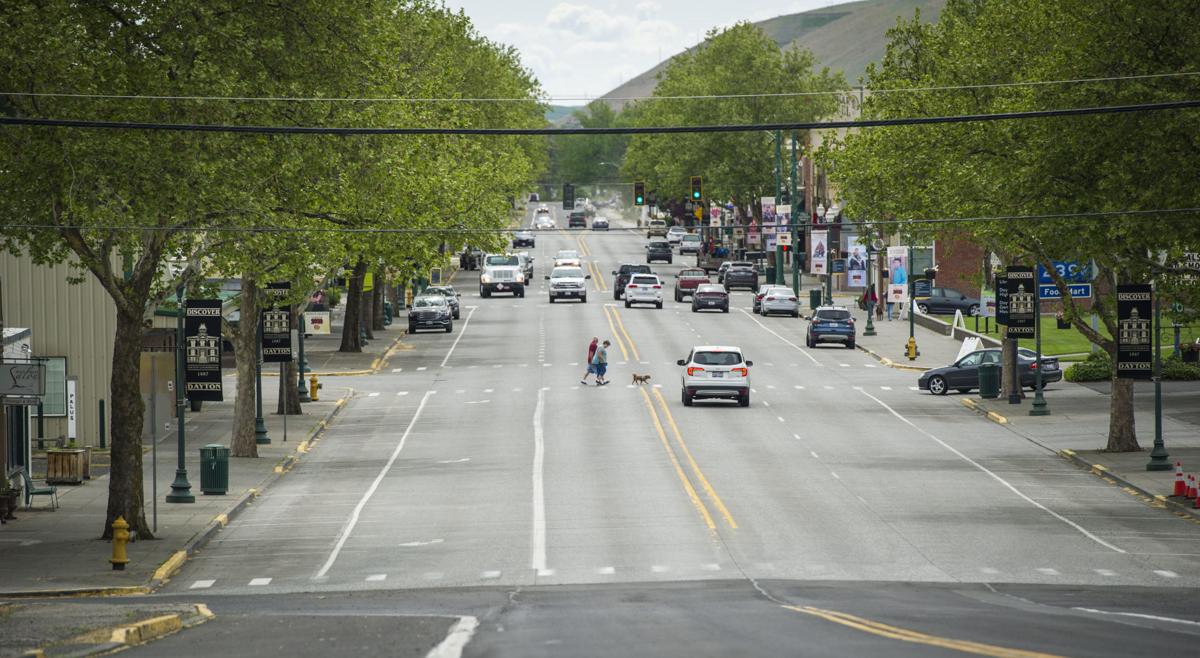 Main Street in Dayton Wednesday afternoon appeared to be its usual self. Columbia County was permitted this week to move to Phase 2 in the governor’s reopening plan. 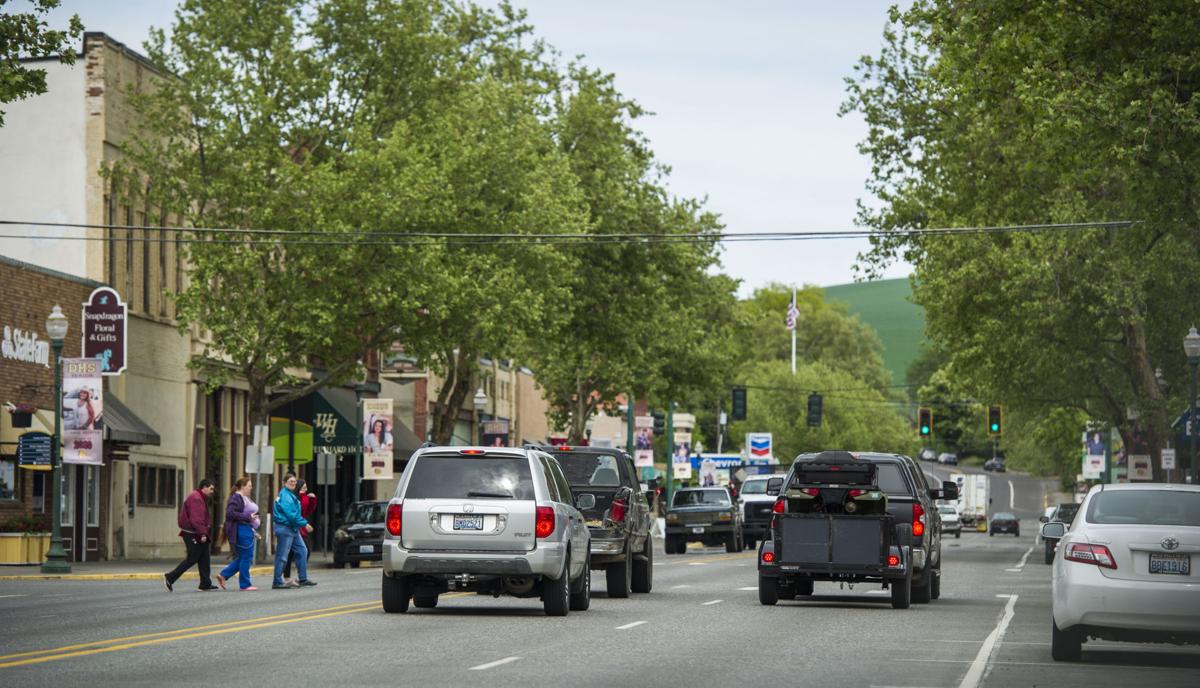 Main Street in downtown Dayton Wednesday afternoon was active with walkers and drivers.

A table of three diners enjoys pizza and beer at Chief Spring’s Fire & Irons Brewpub Pizzeria in Dayton on Wednesday.

Main Street in Dayton Wednesday afternoon appeared to be its usual self. Columbia County was permitted this week to move to Phase 2 in the governor’s reopening plan.

Main Street in downtown Dayton Wednesday afternoon was active with walkers and drivers.

As businesses emerge from seven weeks of state-mandated closure to slow COVID-19 infection, local leaders presented a united front Wednesday, urging businesses to protect the health of the community’s own citizens by closely following guidelines issued by the governor and prioritizing service to those who live in Dayton and Columbia County.

“While we share excitement for our local businesses to see the opportunity to re-open, we must heed caution as we move forward,” the statement said. “Because some of the counties near us have not met the threshold for an early reopening, Columbia County First should be considered when serving customers.”

Columbia and Garfield counties were among eight approved to advance early from Phase 1 to Phase 2 of the four-phase reopening plan. The decision was announced Friday with the caveat to wait for guidance on reopening.

Despite some early confusion about start dates, guidance was issued Monday night for restaurants and bars and was followed Wednesday by direction for office-based services, such as accountants and insurance agents.

A running list of added guidelines also can be found online. (ubne.ws/covidguidance)

For the rest of Washington’s counties, the rollout to Phase 2 is tentatively set for June 1, hinging on the state’s pandemic data at the time.

That’s what makes the retailers, restaurateurs, stylists and business leaders in Columbia County feel like they’re in the middle of an experiment. The early advancement to Phase 2 was directed at communities with fewer than 75,000 residents and no new cases for three weeks.

“I know the governor probably feels a huge risk,” said Mike Spring, owner and operator of Dayton’s Chief Spring’s Fire & Irons Brewpub and Pizzeria. “And I’m guessing we — the little counties — are a little experiment to see if it will work.”

Spring said he accidentally started too early once Phase 2 was announced. Columbia County Public Health called him to let him know.

“They said, ‘what are you doing?’” Spring recalled.

After hearing about being approved for the variance request, Spring sprang into action.

“I said, ‘I was told to wait for guidance,’ well, there’s all sorts of guidance” online, Spring said. “What (the state) needed was somebody to say ‘you will be notified when to open.’”

An email blast that went out from Inslee’s office Monday night with the restaurant guidance said the criteria had gone into effect that day.

“For counties granted variance to move to Phase 2, restaurant operations may resume with limitations after meeting specific criteria,” the email read, with a hyperlink to the criteria.

According to the guidance from Inslee’s office, “no reopening inspections are required prior to a restaurant reopening provided they meet and maintain all requirements” listed in the document.

While Spring said he understands concerns and wants to be cautious, he said the whole thing feels like a race where a gun was fired and off the racers went.

“But then it’s like they stopped the race and said, ‘oh, we’re gonna fire two shots, not one,’” Spring said.

“You read whatever information there was about Phase 2, but then there was one line in bold print at the end,” Ayotte said.

That line told business owners to wait for specific guidelines on their specific business types.

“To me it would seem ... that when he announced Phase 2, they would have had the requirements ready,” Ayotte said. “And not knowing when they were gonna come out was frustrating.”

Ayotte said the requirements seemed daunting at first but mostly come down to common sense practices that are likely what landed Columbia County in Phase 2 to begin with.

“We would like to thank and share our greatest appreciation to the citizens and businesses of Columbia County for doing an exemplary job at limiting the spread of the coronavirus,” the joint Columbia County statement read. “It is because of you that we are not only eligible for this variance opportunity, but also the reason our community remains healthy and safe.”

Spring said the only requirement on the list of 13 wasn’t already part of his own practice: keeping a log of who comes in and out of the restaurant.

That list has been a sticking point in the Phase 2 experiment.

The American Civil Liberties Union of Washington, told The Seattle Times on Tuesday that the rule is problematic for personal rights. The group criticized the governor’s order as too vague and asked restaurants to be responsible in deleting the lists once they serve their purpose.

Ayotte said Wednesday that the list hadn’t been too much of an issue on the first day the seating area opened. One person, however, clearly made up a fake name and listed a phone number spelling out an expletive.

Ayotte said he’s happy to move to Phase 2, because 50% capacity in his restaurant is better than nothing.

“I think it’s gonna be a slow comeback,” Ayotte said. “... I think if we’re all careful in our smaller communities, we should be able to survive this now. I just hope it’s not too late.”

“Obviously, we’re taking this approach (together),” Weatherill-Tate said. “It’s all of us saying, ‘let’s take care of our community first and see how that goes.’”