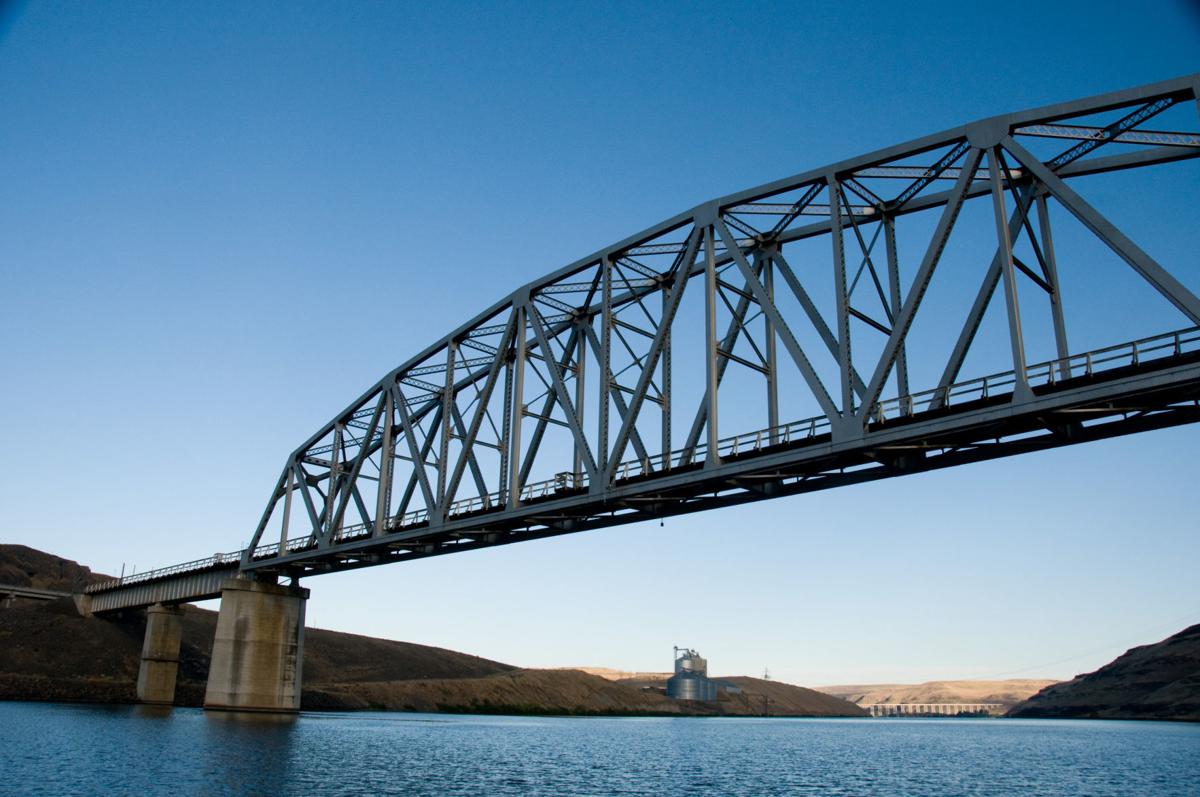 Far up Tucannon Road, tucked in the Blue Mountains between Pomeroy and Dayton lies the Last Resort.

Located on the far eastern edge of Columbia County, right next to the Garfield County line, the name of the RV campground and resort is fitting.

It’s a place you’d likely feel comfortable no matter what kind of pandemic is spreading around the globe. The spaces are wide open, the houses are few and far between and the wilderness of the Inland Northwest beckons at every bend in the Tucannon River, which runs alongside the property.

It’s bound to be a popular spot this week as hunting, fishing and some state parks reopen Tuesday, following a monthlong shutdown.

One might think that it’s the last place the impacts of the COVID-19 pandemic would touch. After all, Garfield County is the only county in the state without a case of the virus and Columbia County has only had one documented case from March 8. That person has since recovered.

But Jason Towery, owner and operator of the Last Resort, knows that even if the virus isn’t actually present, its ripples are felt even out on the Tucannon Lakes in the proverbial middle of nowhere.

In fact, it was places like the Tucannon Lakes that brought about a statewide ban on hunting and fishing in the first place.

“Yeah, that’s right,” Towery said, recalling Gov. Jay Inslee’s ban on fishing back on March 25. “So many people have been sitting at home now, so they’re bursting at the seams to get outdoors.”

Now that Inslee is lifting some restrictions Tuesday, Towery and other business owners are concerned about opening those floodgates.

Towery said the challenges operators of RV Parks and other outdoor areas like his faced in March could return next week. People were stuck indoors, so when the weather turned for the better, they went rushing upriver to the tiny lakes to the south of his resort.

The shorelines were simply too crowded to maintain any semblance of social distancing.

“I think mostly we’ll be OK, but coming up on the weekends is gonna be when it’s quite a bit harder to control the crowds,” Towery said.

Washington Fish & Wildlife will have officers checking in on the lakes and river banks.

“(They) will be out and about,” Towery said. “I’ve talked to them a few times this month. People can expect that law enforcement will be around; they will take pictures and send them back to Olympia.”

“People need to be aware there will be a lot of eyes here at the beginning.”

Towery’s general store at the resort, where fishing licenses are sold, will be limited to 10 customers at a time. He said staff will do everything it can to comply and make sure all of the returning anglers can have a good time at a safe distance.

To the north and west of the Last Resort is Lyons Ferry Marina on the Snake River. The KOA resort, campground, restaurant and marina is also in Columbia County, right on its corner.

Across the river from the marina is Lyons Ferry State Park, another popular recreation site.

Owner and operator Joanne Knouf said fishing on the Snake is much different than the smaller lakes and rivers.

“We didn’t really understand why they would limit fishing in boats,” Knouf said. “I would say we are probably 99% boat fishers here.”

In addition, she said about half of the marina’s business relies on anglers.

“Most of the fishermen have been patiently waiting for it to reopen,” Knouf said. “We’ve already put up a sign to put at the top of (our) entrance so when the boat launch is full people will know that we’re full and not to come down.”

Knouf is particularly worried about long lines forming as boats are dropped in the water, which could lead to lingering groups of people and parking in crowded areas.

“We have to tell people all the time, there’s no gathering, it’s just your family group and we really have to stick to that.

“As a business, (the state) could pull our license, so we’re really making sure people understand it can’t be overcrowded.”

Both Towery and Knouf pointed out that they won’t blame people for coming out in droves.

“Especially for people’s mental health,” Knouf said. “They need to get out and be able to recreate after being stuck in the house for so long.”

For Towery, the flood of people is not the only one that has him concerned.

Damage from flooding in February is still being repaired on the Tucannon.

“At this time, I don’t even know what the access will be like,” Towery said. “With the road being closed, people couldn’t even mushroom hunt and antler hunt.”

For now, Towery said only Spring, Blue, Rainbow, and Deer lakes will be open, as well as day-use picnic areas, but there will be no camping and no gatherings.

Towery has already seen what is usually one of his three biggest months come and go with only about 25% of normal gross sales.

The double blow of the flood and the pandemic has the Last Resort reeling, but he’s hopeful that Tuesday begins to turn things around.

“It was a rough month, but we’re hanging in there,” Towery said.

At Lyons Ferry Marina, Knouf said they’ve had some luck because of longterm campers at the grounds who were working on a nearby gas line the last month. The workers would pick up lunch to go at her restaurant, and that helped float the marina during one of its hardest months.

She said they also had recreational boaters a bit in April, as well as vessels in the water for basic maintenance.

There may even be more hope downriver as Inslee mentioned in a news conference Friday he’s considering Garfield and Columbia counties, among eight others, for reopening at a faster rate, despite extending the state’s stay-at-home order through the end of May.

Regardless, the return of fishing is just around the river bend and local business owners hope it’s smooth sailing from here on out.