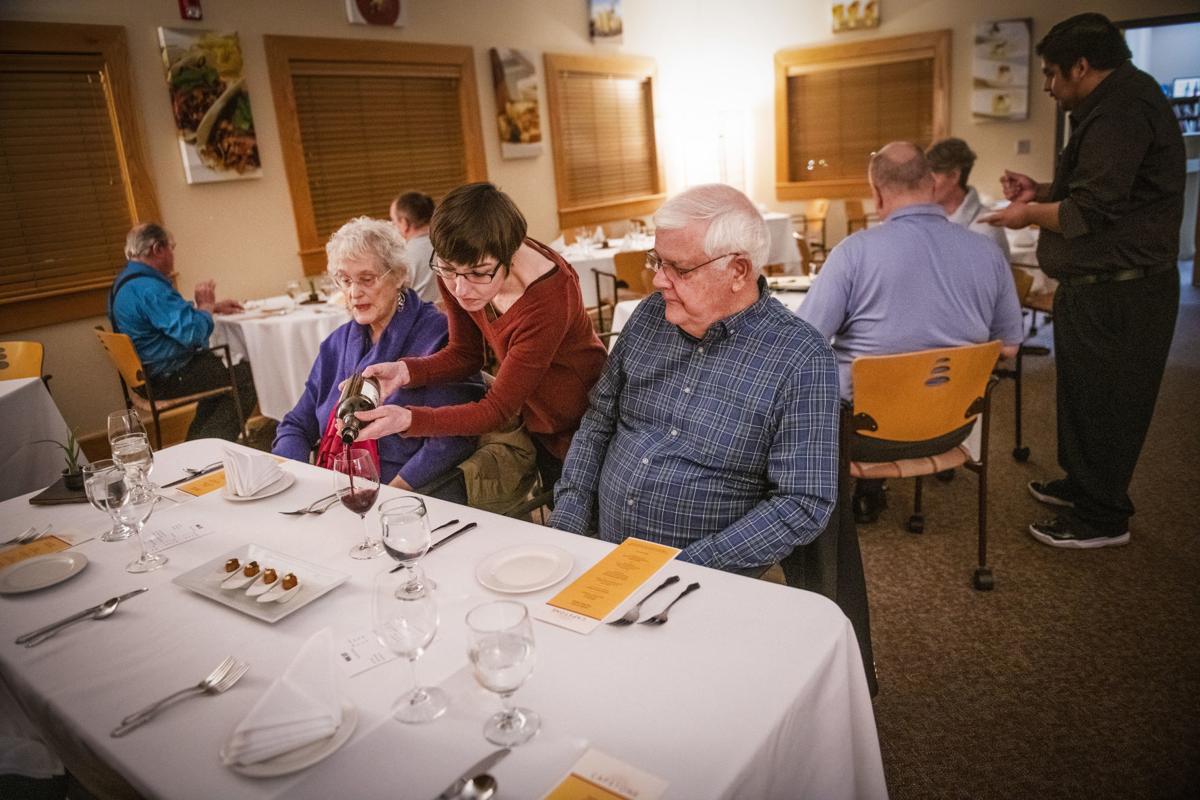 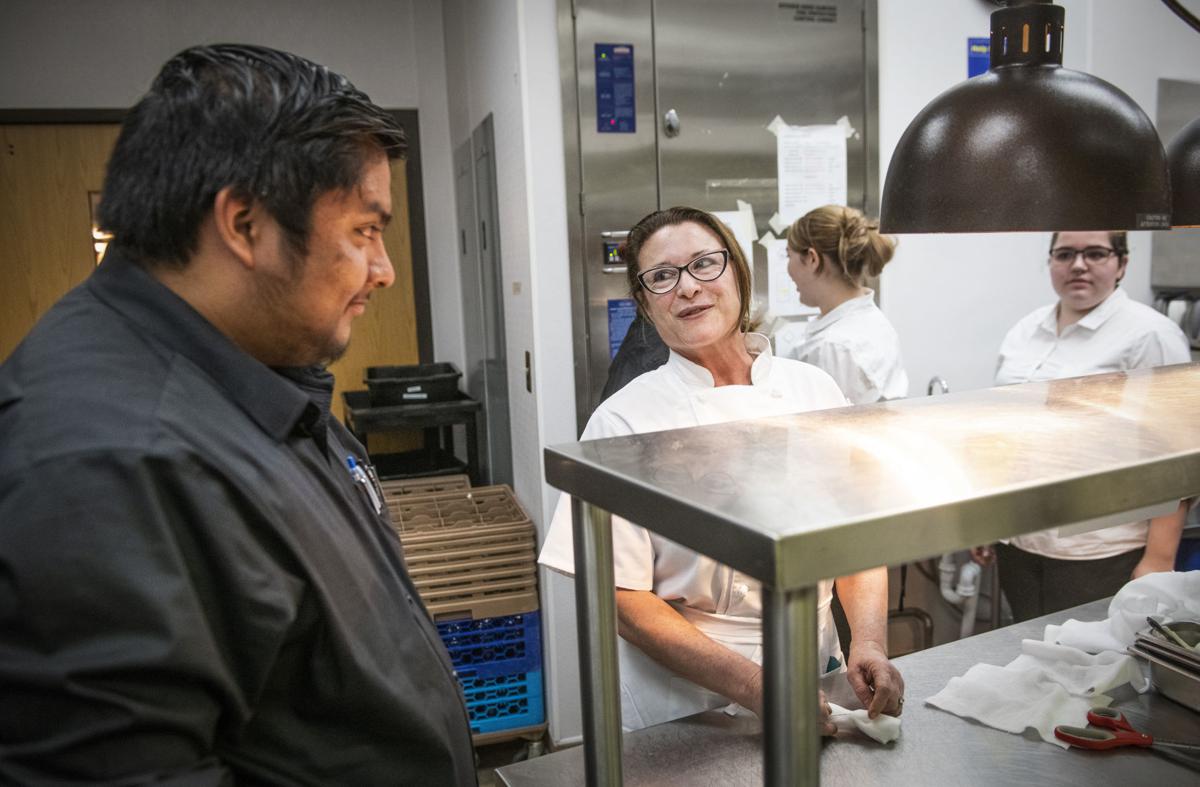 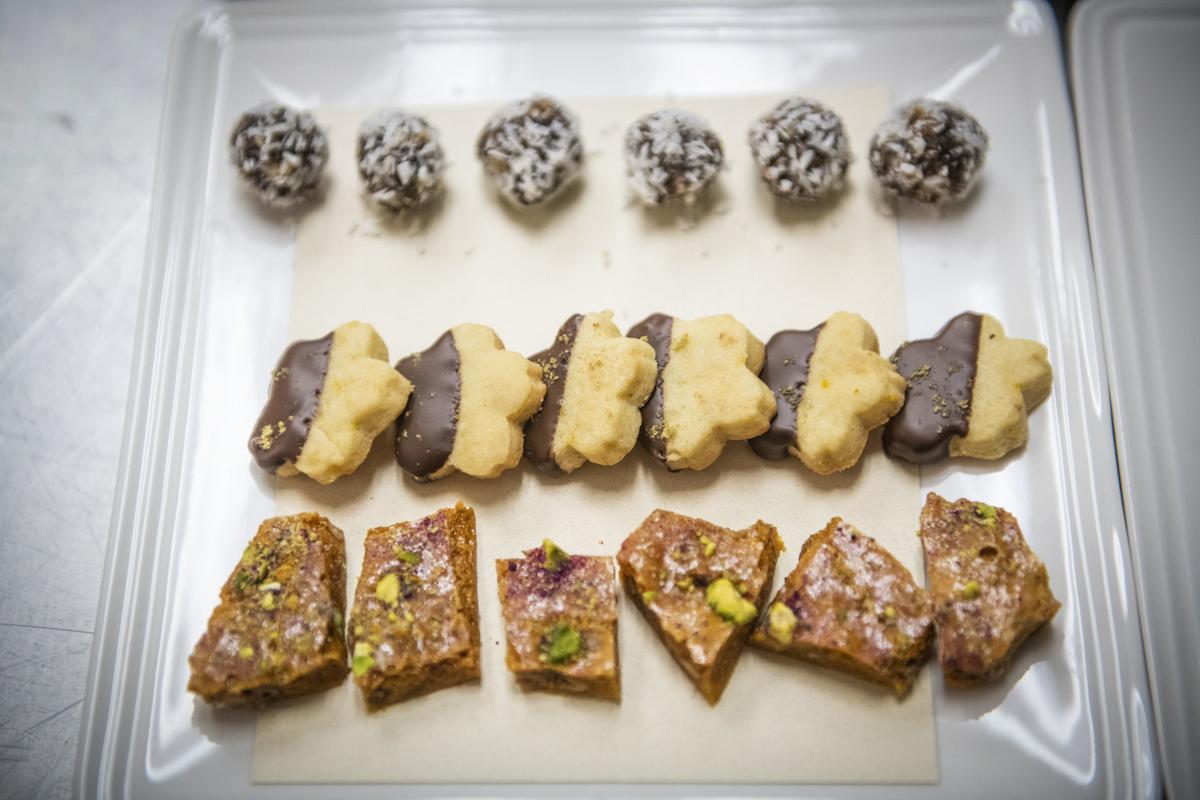 A selection of post-dessert sweets at the Capstone Kitchen by the Wine Country Culinary Institute at Walla Walla Community College. 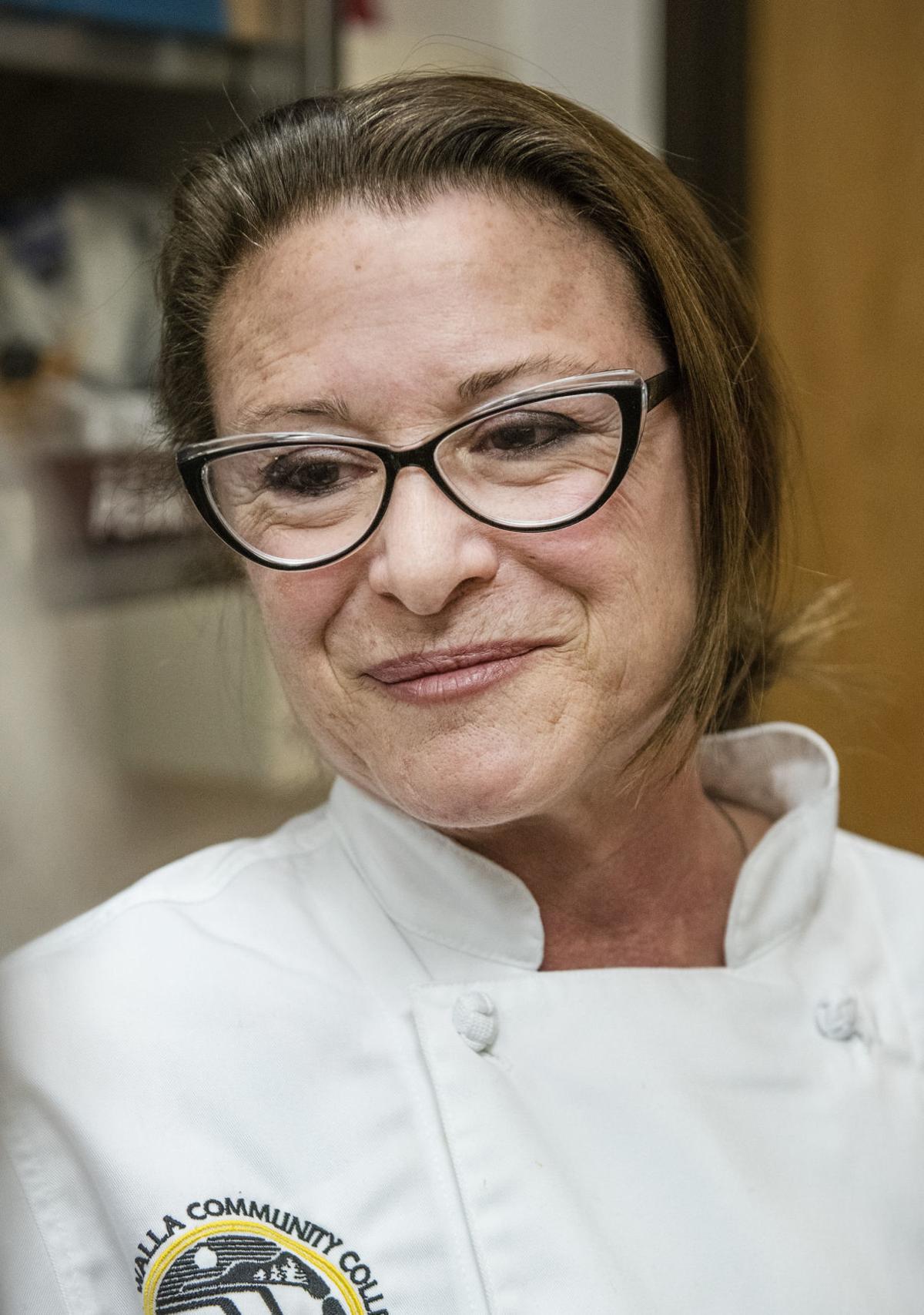 A selection of post-dessert sweets at the Capstone Kitchen by the Wine Country Culinary Institute at Walla Walla Community College.

It’s hard to imagine a richer taste of education than the spoonful of cauliflower puree soup elevated by a seasoning of herbs, nuts and spices and emboldened by the perfect pinch of crushed red Aleppo chiles.

Unless it is the bistro filet, served in three tender slices, paired with a delicate shell of baked red onion cradling a pool of garlicky chermoula sauce and accompanied by eggplant and squash, arranged like vignettes of abstract art.

Or is it the honeyed layers of a walnut-stuffed baklava, nestled on a bed of crushed pistachios — known as pistachio soil in culinary verbiage — crowned with an upright swirl of caramelized sugar, while a sidekick of saffron cardamom ice cream adds a buttery mouthfeel?

This is Capstone Kitchen, the temporary restaurant that signals the culminating chapter for students of the Culinary Arts program at Walla Walla Community College.

For seven years now, aspiring chefs have sharpened their new skills twice a year at the popup eatery, via showcase lunch menus that include appetizers, salads and entrees. The concept was born of a need to have students ready to jump into the booming restaurant industry upon graduation from WWCC.

But when she was tasked to slim the program down from 114 credits to 96, to provide efficiency for students and to adjust to WWCC’s budget realities, Leventhal devised an opportunity to whip up something she saw as lacking.

Elegant, contemporary, multi-coursed, global cuisine offered through pre-set menus and open to the community just as the lunches are.

Instead of learning lunch making — always elegant, but confined to the boundaries of a mid-day meal — as the last educational course, WWCC culinary students will now cap their program completion with fine-dining work.

“With dinners, we’re stepping up the caliber of the food,” Leventhal said, noting the “restaurant” is still a revamped classroom with space for just 10 tables. Of those, only a few are suitable for pairs; in other cases, people are asked to share a table and enjoy the adventure with friends or strangers.

The Capstone dinners began last month, rolling out first with a French menu, then Italian.

On a recent Wednesday, the offerings spoke of the cuisine of the Middle Eastern Arab Levant, with Lebanese, Palestinain, Israeli and Syrian influences.

For Leventhal’s students, such menus put their study of international cooking into application.

“I feel really lucky that, from the beginning, we’ve had a lot of creative freedom,” she said.

For many restaurant patrons, those efforts have brought a happy surprise and a step out of the food comfort zone, she said, reflecting on the comment cards from diners.

“People have been so blown away … I like people to be challenged a little bit. But in Walla Walla, those foods are not always accessible,” Leventhal said.

A crew of 10 was in the Wine Country Culinary Institute’s commercial kitchen, preparing for the single-seating meal of this evening.

The dinner is meant to be leisurely, stretching 90 minutes or more. Customers can augment dinner with a selection from WWCC’s College Cellar Wines.

Don Rolph, retired from 38 years of service in the U.S. Army, was pan grilling couscous cakes, bringing the Morrocan-based grain patties to the perfect brown color. He was also in charge of the grilled rainbow carrots that would be served with ling cod, or falafel for the vegan menu.

“I’ve loved every menu,” Rolph said, watching his grill and explaining his joy of cooking goes back decades.

“My grandchildren love it when I cook for them,” he said.

A few yards away, Jessica Jones and Joven Jano-Edward were working on building the baklava, a Middle Eastern pastry made of layers and layers — 40 to 50, Jano-Edward estimated — of filo dough, filled with chopped nuts and sweetened with honey.

Getting the ratio right is a bit nerve-wracking, the chefs conceded.

“It’s the first week of this menu, and we’re trying to work out the jitters,” Jano-Edward said with a laugh.

In the improvised dining room, complete with dinner music and soft lighting, Tim and Laura Wooster were among the guests who seemed happy to grade students’ efforts.

From the salad — a trio of locally grown, ruby cubes of beets atop a bed of micro greens drizzled with a Meyer lemon vinaigrette — the dinner is one culinary hug after another.

One bite into her dinner, Laura summed it up: “Education never tasted so good.”

The Woosters were not shy with compliments throughout the meal, in wonder of the food and praising the service and the visual artistry.

Leventhal, herself an artist, said flavor must top every dish, “but we really do, truly do, eat with our eyes first.”

Narrowing her program forced Leventhal to prioritize in the best interests of her students, she said.

“I always look at life’s challenges as an opportunity to make you stronger. And our students are absolutely stronger.”