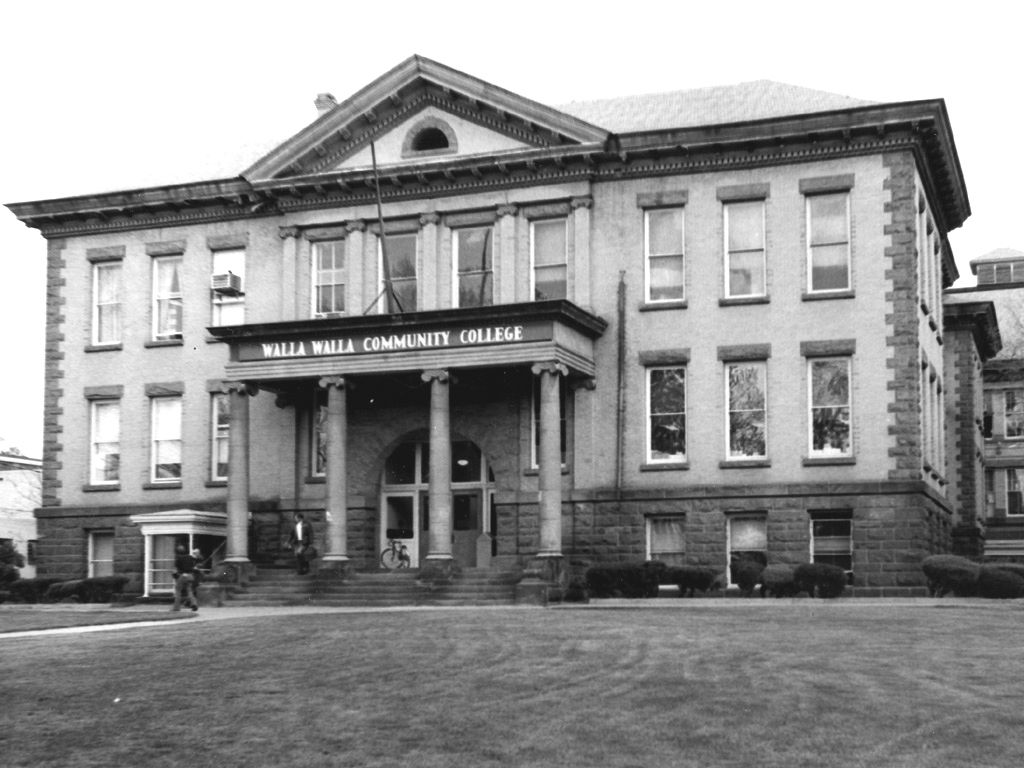 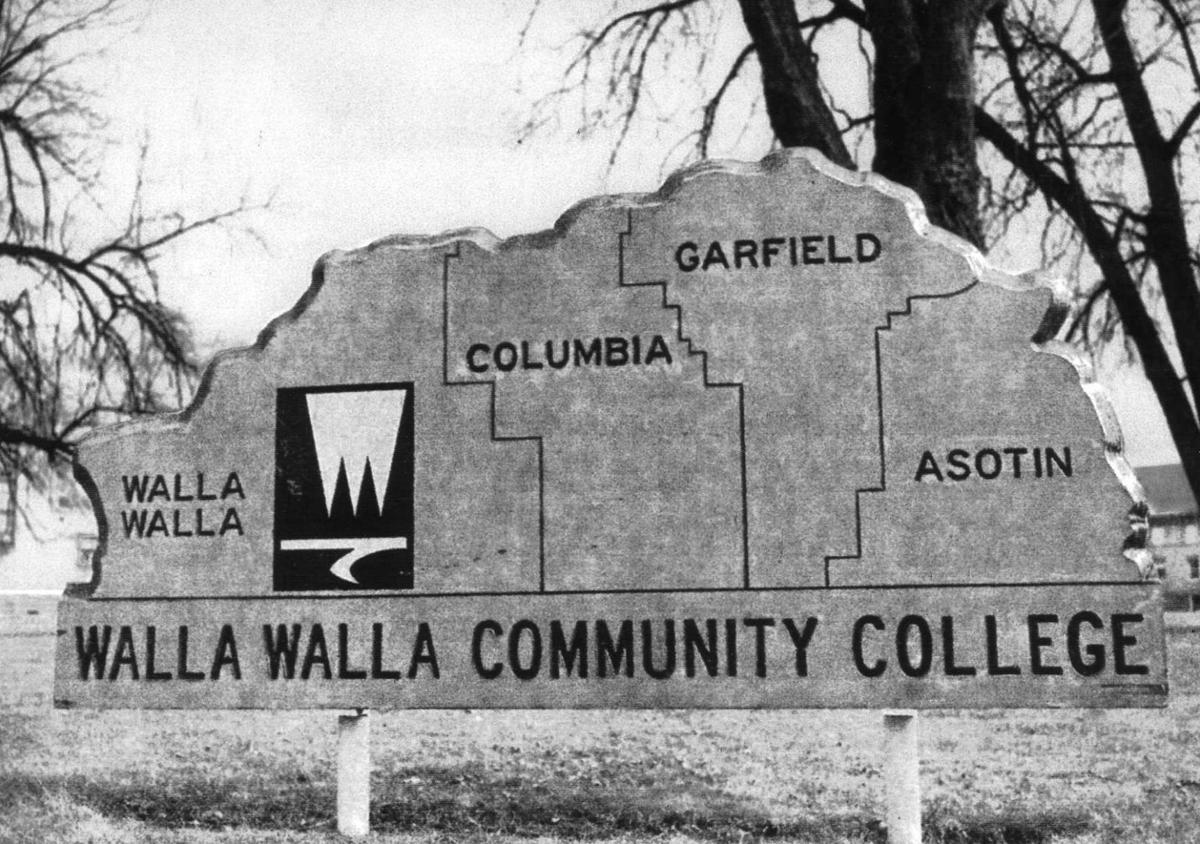 Walla Walla has many sources of pride, but this year its community college rises to the top of the list. Tuesday marks the 50th anniversary of the opening of the school that the Aspen Institute in 2013 named in of the two best community colleges in the nation.

It’s the school about which the National Journal says “earns the rare distinction of being an institution of higher education that is reinventing the regional economy from the bottom up.”

WWCC was initially conceived and developed under the auspices of the Walla Walla School Board. In its statement of objectives, the Board outlined its guiding principles, including:

The push to educate

Under the new legislation the local community was required to provide the capital outlay for buildings and equipment. However, a proposed $1,954,000 districtwide bond for all public schools in Walla Walla — which would have provided WWCC the funds — failed.

Subsequently, the Legislature passed a bill removing community colleges from the jurisdiction of local school boards.

All hands on deck

On Sept. 19, 1967, the new WWCC opened on the old Walla Walla High School campus on South Park Street, where it remained until its current campus was built in the 1970s on Tausick Way.

Eldon “Pete” Dietrich, WWCC’s first president, began his career at the school by digging post holes for a college sign, fixing the plumbing, and ordering supplies for the campus soft drink machine.

Dietrich was a tireless advocate for the college from the very beginning.

“We are not selling second rate education … (W)e won’t have the glamour of the larger four-year colleges; we will start our own traditions.”

That first year the college served 850 students, had 32 faculty members and boasted a catalog offering more than 300 courses.

In addition to nursing, engineering and auto mechanics, which are still offered today, the catalog is also a window into history, revealing such courses as training for airline stewardesses and homemaker’s assistants.

Emphasizing the economic challenges faced by most WWCC students, Wayland DeWitt, the college’s first dean of students, noted that “90 percent of those applying have indicated they intend to work to put themselves through school.”

Blasts from the past

In November of 1967 the newly-minted Warriors played their first basketball game, against Blue Mountain Community College, and went down to defeat.

For the holidays that year the college held its first formal dance in the Bamboo Room of the Marcus Whitman hotel.

And in May of 1968 the college held its first “hootenanny,” a folk and contemporary concert that consisted of 14 acts.

The college initially had not anticipated being able to grant two-year associate’s degrees at the end of the first year. But because many students enrolled with transfer credits, the first commencement was held on June 9, 1968.

WWCC opened as one of six community colleges in central and southeastern Washington to offer a program designed specifically for migratory agricultural workers.

The program offered adult education and a stipend to help support students during the offseason for agricultural employment.

Today, WWCC serves about 10,000 students annually. And as its enrollment has expanded, so has its program offerings and places where students can learn.

In addition to the campus on the northeast edge of Walla Walla, there is a campus in Clarkston that serves 1,300 students, as well as campuses at the Washington State Penitentiary in Walla Walla and Coyote Ridge Corrections Center in Connell. Workplace programs also are offered at Tyson Fine Foods in Burbank and Broetje Orchards in Prescott.

WWCC currently offers 48 degree and 69 certificate programs, and graduated 1,358 students in June of 2017. Twenty-eight percent of students are on the transfer track to a bachelor’s degree, and 40 percent are in workforce programs that culminate in either a certificate or a two-year degree.

Roughly a quarter of enrollees identify themselves as Latino, and 57 percent of students are women.

The faculty consists of 418 instructors, of which 132 are full-time.

Steve VanAusdle, who began a three-decade career as the college’s president in 1984, casts an appreciative backward glance.

“I believe we made a significant difference in the lives of our students and the communities we serve,” he said in a recent email. “We achieved very high levels of student success, with high graduation, transfer, and job placement rates and very good salaries for our graduates.”

When VanAusdle retired in 2016, the mantle of leadership was passed to Derek Brandes.

“WWCC has made so much progress over the past 50 years,” Brandes said. “It’s an honor to have been chosen to lead the school forward toward 50 more years of success.”

Abra Bennett is Walla Walla Community College’s writer in residence. She can be reached at 509-527-3669 or via email at abra.bennett@wwcc.edu.

The Washington State Board for Community and Technical Colleges represents “democracy’s colleges.” They are grounded in the value that everyone deserves the opportunity to move up in the world, regardless of where they are from, what obstacles they face and where they need to start.

Today there are 34 community and technical colleges in the state, serving about 381,000 students per year and operating 77 campuses and centers.

These colleges do not screen out students. Rather, they open the doors to everyone with the drive and determination to pursue higher education. They accept students at any stage in their lives and at any educational level.

Proving that 50 years is only a drop in history’s bucket, her speech reflected themes that continue today. An excerpt:

“World-wide exposure of our shortcomings, it would seem, makes a mockery of such words as ‘America, land of the free, the world’s best hope for peace, the melting pot of all races, creeds, and color.’ The world sees us as a nation beset with violence, an affluent society whose gilt-covered surface attempts to hide the fact that a minimum of one-sixth of our population is impoverished ... (W) e must come to grips here and now with problems of hunger amidst plenty, spiritual bankruptcy amidst material affluence, and racial blindness in an era of evolutionary enlightenment.”