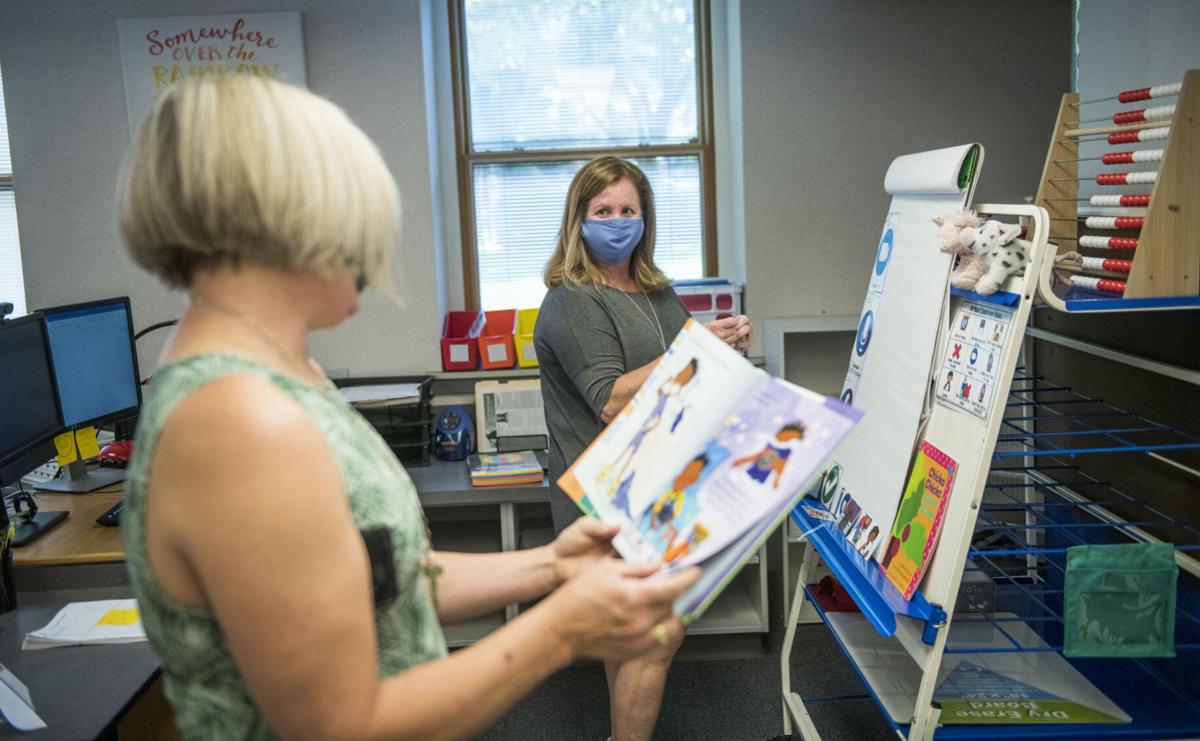 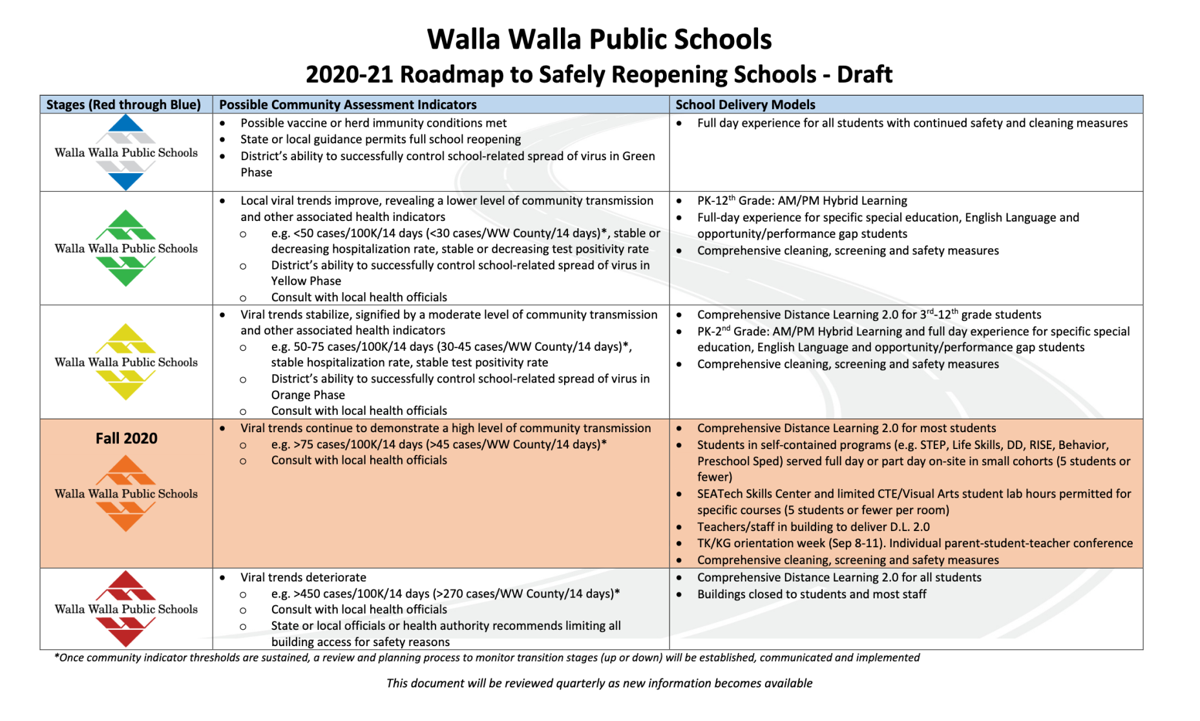 Citing COVID-19 infection numbers that are improving but not yet hitting targets, the Walla Walla School Board opted Tuesday not to bring back students for in-person instruction at this time.

The special meeting was to consider bringing back students in kindergarten through second grade for half days beginning on Oct. 19.

Four letters submitted for public comment were read at the meeting, and each opposed the reopening of schools due to health concerns around the coronavirus pandemic.

Superintendent Wade Smith pointed out that while COVID-19 cases are decreasing, they aren’t low enough, according to the district’s own color-coded reopening plan, to move on to the next level — yellow.

The plan states that when COVID-19 cases drop to 75 per 100,000 residents over a 14-day period, the district can start moving to a hybrid a.m./p.m. schedule, beginning with the youngest students.

This matches the state’s recommendations that schools not begin reopening for face-to-face instruction until those same statistics are met.

According to the latest data from the county Department of Community Health, Walla Walla County is not at this level yet.

The county health department data included statistics for cities and towns listed separately. Some districts, such as Waitsburg and Dixie, are using those numbers — rather than county numbers — to open for in-person instruction.

Smith pointed out, however, that even when looking at the city of Walla Walla alone, the target is still not met. Walla Walla, with a population of 44,650, would need fewer than 35 cases. From Sept. 12 to the 25th, the city had 46 cases.

While this is huge improvement from July 26 to Aug. 8, when the city had 95 cases and the county had 192, it doesn’t meet the state’s or district’s target.

Board member Derek Sarley said that because the numbers are improving, he would like to see the district prepare now to move forward as soon as the target is reached.

“We’re not there,” Sarley said. “But as we continue to improve, I think we will be soon.”

“The truth is the community controls the decision,” Sarley said.

“If the community said, ‘We are all going to do all the things we need to do to keep cases down,’ which is mask wearing, which is social distancing, which is not making terrible choices and instead making good choices … if the community really commits to that, our kids would be back in schools. That’s what needs to happen. B follows A.”

After Smith made his presentation, and each board member made a statement, no motion to move forward with reopening was made.

Students will continue participating in distance learning for the time being.

In keeping with the plan presented Tuesday, however, when the district does move to its yellow stage of reopening, it will still start with younger students.

“First, elementary students are much easier to cohort,” Smith said.“Because unlike secondary students, these students don’t progress from classroom to classroom or period to period…

“The second reason is that by starting with just younger students, it allows us to implement all the safety protocols in smaller cohorts rather than bringing back the entire population. And finally, the data has shown that elementary students, the younger students, are the least likely to be exposed to or maintain COVID-19.”