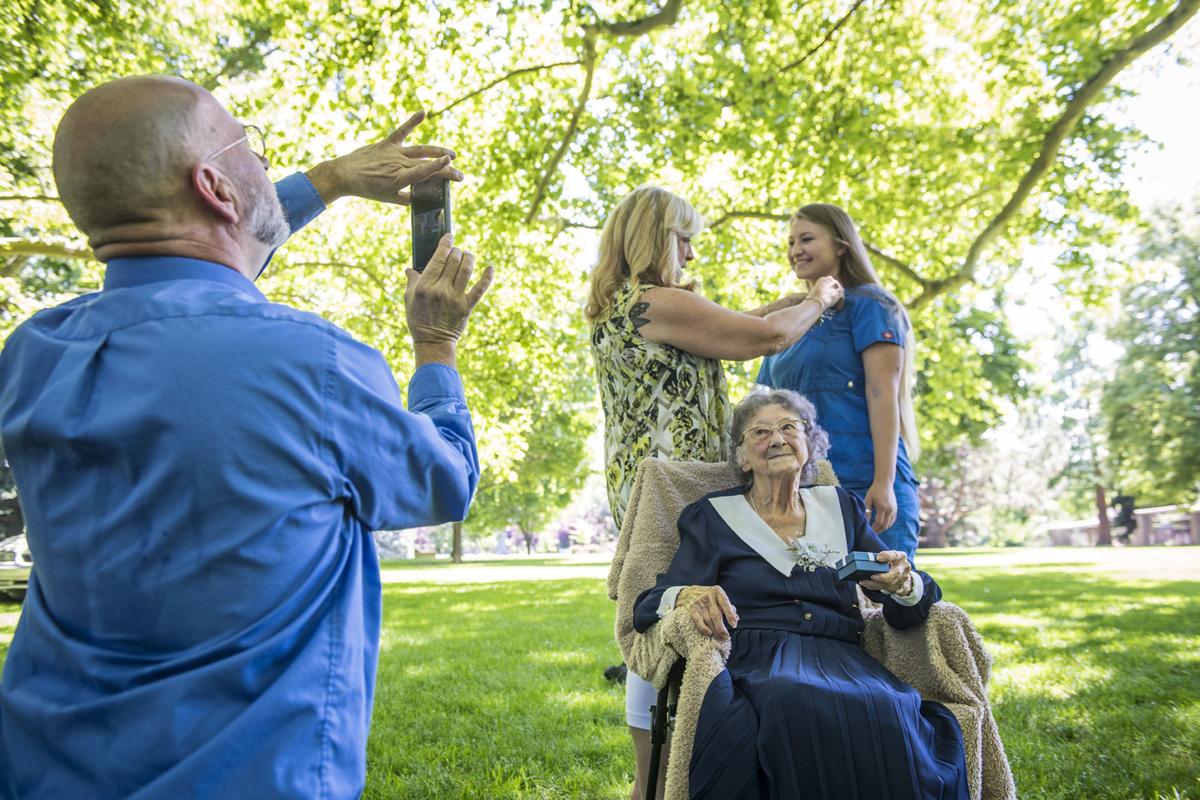 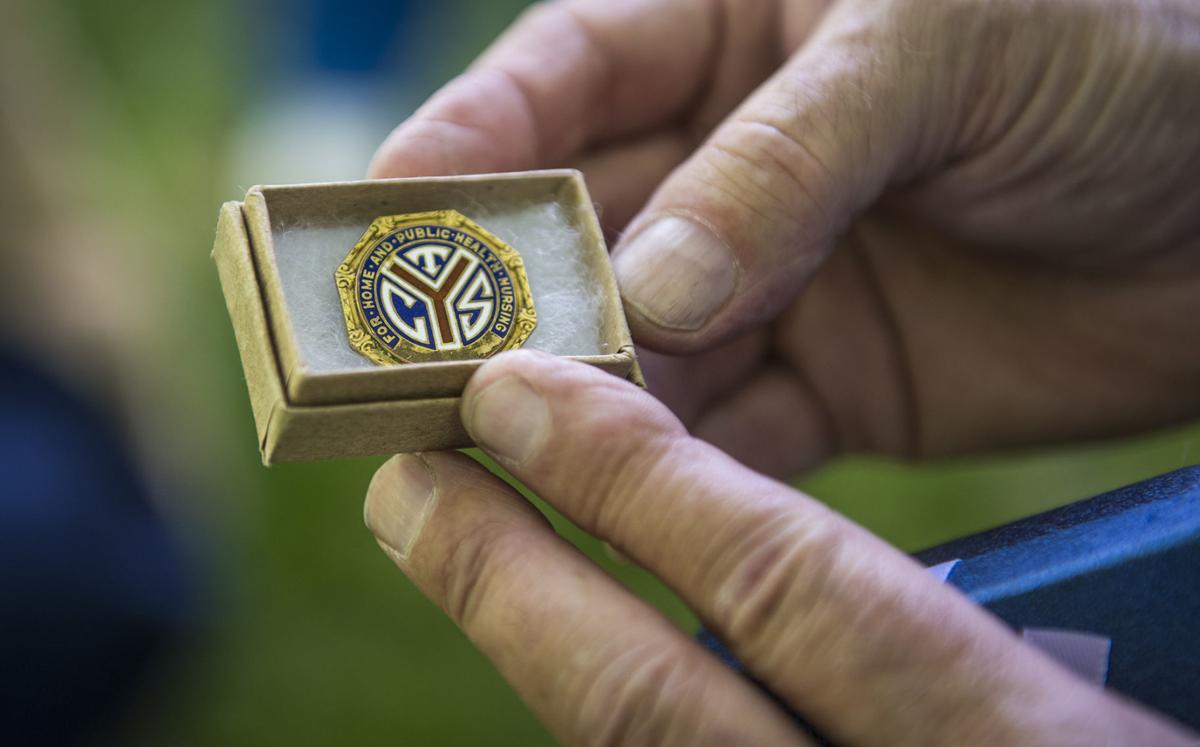 Charlotte Rollenhagen’s 1941 nursing pin went to her great-niece, Katie Keller, who has joined a long line of nurses in the family upon graduating from Walla Walla Community College’s nursing program.

Charlotte Rollenhagen’s 1941 nursing pin went to her great-niece, Katie Keller, who has joined a long line of nurses in the family upon graduating from Walla Walla Community College’s nursing program.

A legacy more than a century old has been bestowed on the next generation.

Katie Keller, 25, is moving into her own nursing career while carrying forward her family’s extensive history of working in medicine.

Keller graduated from Walla Walla Community College’s nursing program and, under normal circumstances, would have participated Saturday in a special tradition known as a pinning ceremony.

The ritual dates to Florence Nightingale, known as the founder of modern nursing.

Nightingale was awarded the Red Cross of St. George in the 1860s and, in turn, passed the medal on to her brightest student, said Kathy Adamski, the community college’s nursing program director.

This year the COVID-19 pandemic canceled the in-person pinning ceremony for the school’s nursing graduates, although a virtual program was offered in its place and available on the community college’s website, Adamski said.

With a history of nursing extending back to 1918, Keller’s family was not letting a virus stop it from honoring its newest nurse.

On May 29, Katie was “pinned” in a private ceremony in Pioneer Park, standing beside her great-aunt, Charlotte Osgood Tillman Rollenhagen, who played a pivotal role in Walla Walla medicine during her own nursing career.

Rollenhagen, 101, arrived in this community after working at Walter Reed Army Medical Center and The Mayo Clinic as a registered and certified nurse anesthetist.

Here, she played an instrumental part in designing the first intensive care unit for Walla Walla General Hospital in the 1970s.

She oversaw the unit until her retirement in the 1980s, Keller said.

Rollenhagen’s sister, Margaret Osgood Trautwein-Cook, was among those who founded the nursing program at Walla Walla Community College, where she then taught for many years.

The Osgood sisters had their own role model in their mother, Margaret Osgood, who received her nursing pin in Chicago in 1918, during the Spanish flu pandemic.

Despite this family tradition, Keller had first settled on becoming an X-ray technician, she said.

Or so she thought.

After completing all but one prerequisite at Walla Walla University, Keller headed to Walla Walla Community College to get the required certified nursing assistant classes finished before going into a radiology technology program.

Instead, she said, “I just fell in love with the campus. And one of the teachers in the CNA program also taught in the nursing program, and she encouraged me to apply to that.”

It was useless to deny the family nursing gene, perhaps, and Keller felt the pull toward the field, realizing nursing was the better fit for her, she said.

Especially after helping to care for her grandfather, Fremont Keller, at the end of his life, Katie added.

“So I pushed on the gas and got all the prerequisites done so I could start the next year.”

Unfortunately, Trautwein-Cook died last year at the age of 97, not living to see Keller graduate from the nursing school she helped create.

When it became obvious the pandemic wasn’t going to allow for the pinning ceremony, Keller didn’t bother to order a pin, her father, Kris Keller, said.

So the family stepped in to ensure a 102-year timeline would keep ticking, he said.

At 1:30 p.m. on that last Friday in May, the Keller family, including Rollenhagen, was joined near the Pioneer Park aviary by some of the newest nurse’s instructors and friends for a homemade pinning ceremony.

Walla Walla Community College nursing instructor Patti Becker — whose husband, Rob Becker, worked at General Hospital under Rollenhagen for years and is now a lead nursing instructor at the community college nursing program founded by Trautwein-Cook — attached to Katie’s uniform scrubs the pin Rollenhagen received at her 1941 graduation, plus Margaret Osgood’s pin from 1918.

It was a moment sweeter than she could have imagined, Katie said.

“I had been sad for my Aunt Charlotte that she wouldn’t see me pinned. So to be able to see how much this meant to her, that was exciting for me.”

Keller is now employed at Kadlec Regional Medical Center, where she spent instructional time as a student.

Someday, she said, she might have children and perhaps the nursing lineage will continue on that way.

She can already see herself following the tradition of the pins, Keller said.

“I can pass this down once again.”