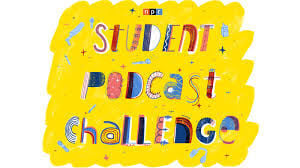 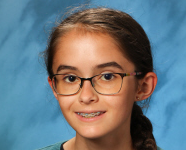 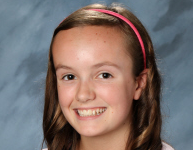 Two students from Garrison Middle School made the finals of a nationwide student podcast competition put on by National Public Radio.

Seventh-graders Ava Hall, 13, and Carley Newton, 13, teamed up for a podcast that finished in the top 25 of more than 2,000 entries from 46 states and the District of Columbia.

Hall and Newton’s podcast, Students vs. Teachers, asks why students must read classics rather than books they pick out themselves.

A love of books brought the girls to this subject.

“We just wanted to talk about books because that is one of our favorite things,” Newton said.

“We both love books,” Hall said. “We were talking about some books that were our favorites and the idea just kind of came up.”

In Students vs. Teachers, Hall and Newton start by asking several of their peers what their favorite books are. They then point out to the listener that only two of the books mentioned are classics and on the reading list at their school.

While Hall and Newton advocate for students to be able to read books they want to read, the podcast isn’t all one-sided. They explore what goes into the selection process for books at school. They both admit to being surprised by the process.

“I went into it thinking teachers just chose any classic,” Hall said. “I came out of it saying, ‘OK, it’s a little more complicated.’”

“I walked into it a bit blind,” Newton said. “I didn’t know at all what the process was. So learning about that was good.”

Both students still hold their original opinion that they should be able to read some of what they want to read.

Hall and Newton wrote, produced, recorded, edited and mixed the podcast themselves in Clearman’s classroom.

The students both say they had no prior knowledge of the technology required to make podcasts and just figured it out as they went. Their project ended up being longer than the eight minutes that rules allowed.

“I had to shave almost half of it,” Hall said.

The contest was divided into two divisions: fifth through eighth grade and ninth through 12th grade. Hall and Newton’s podcast was one of only 10 finalists in the younger age division.

Though the girls still have some time to decide what they want to do as a career, they both already have some ideas.

“I think it would be fun to be a librarian,” Newton said.

“I really want to be a writer or a chef,” Hall said.

Clearman is always looking for different projects to challenge her students. Earlier this school year, students wrote and delivered TED-style talks, modeled after the short presentations online that typically focus on technology, entertainment and/or design. Clearman said the NPR project was a good fit.

“This was a new unit for us this year,” Clearman said. “We do TED Talks, we do film-making, we do mock trials. We try to focus on project-based learning in this class.”