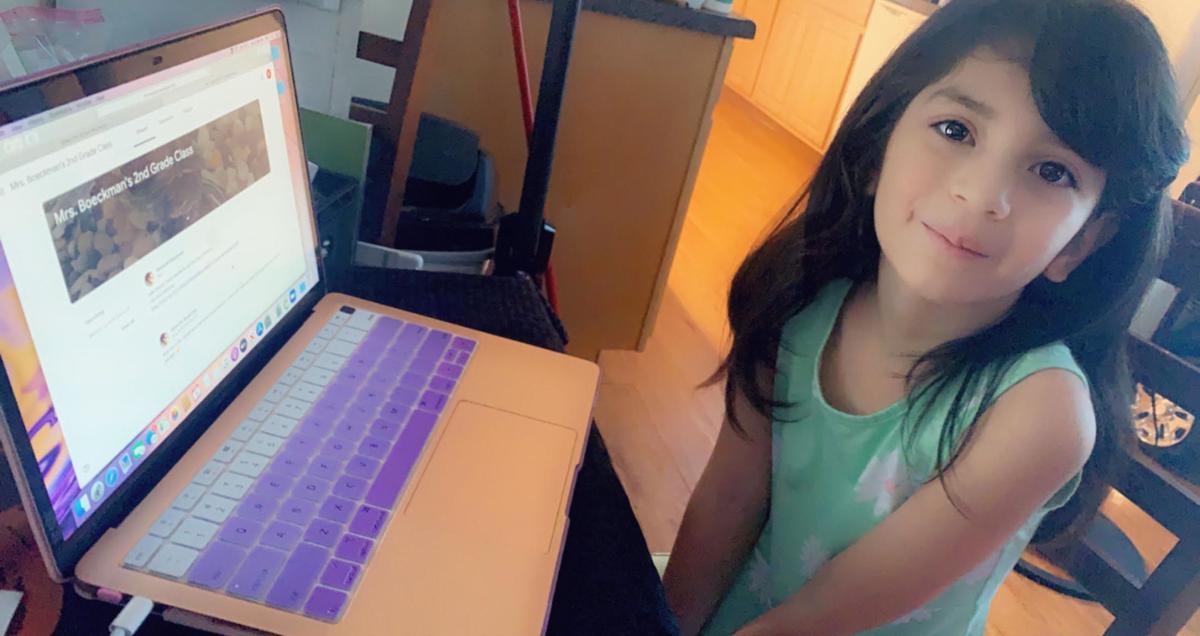 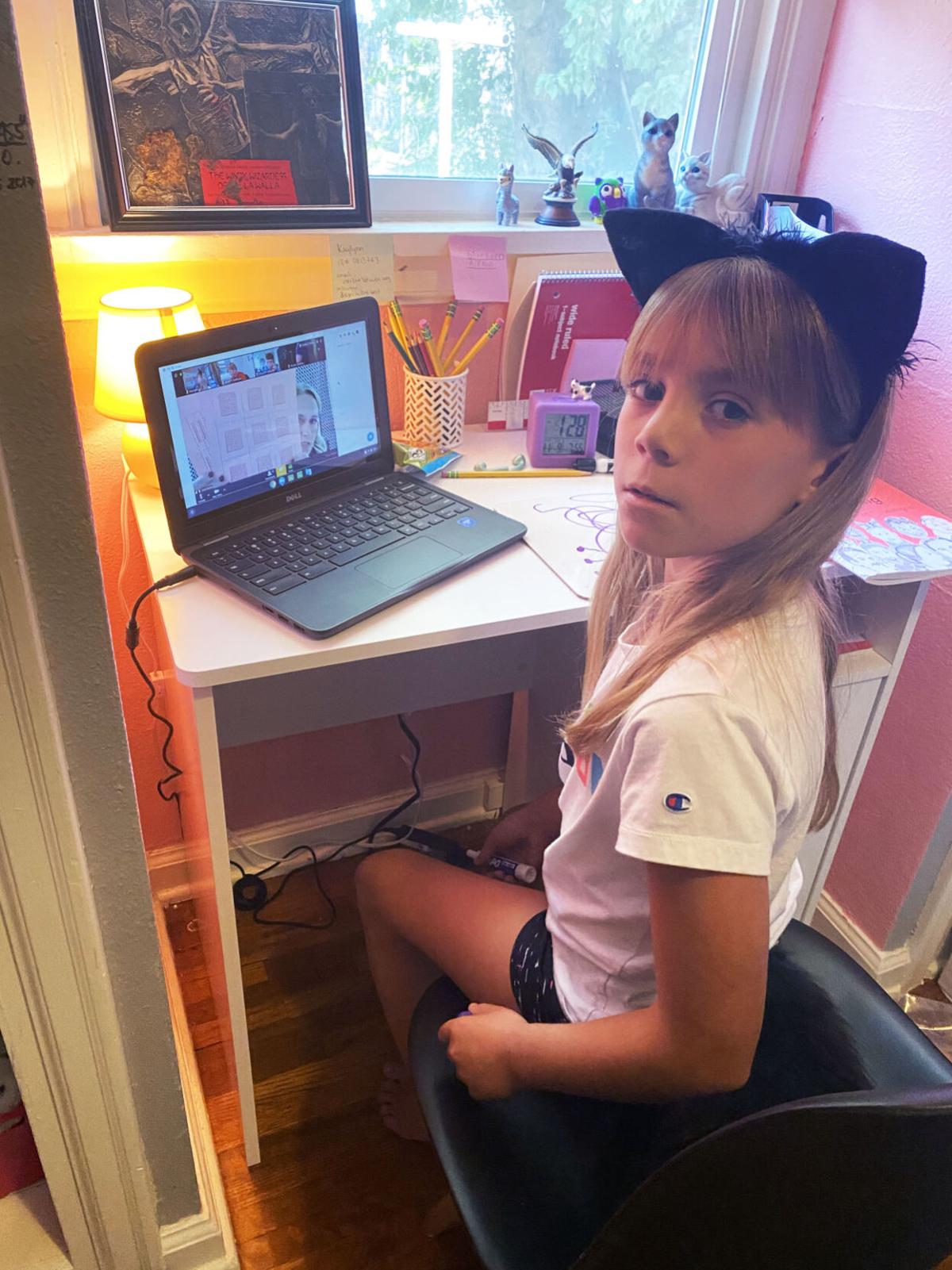 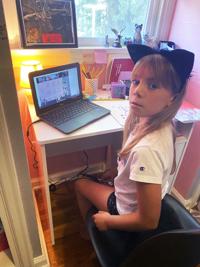 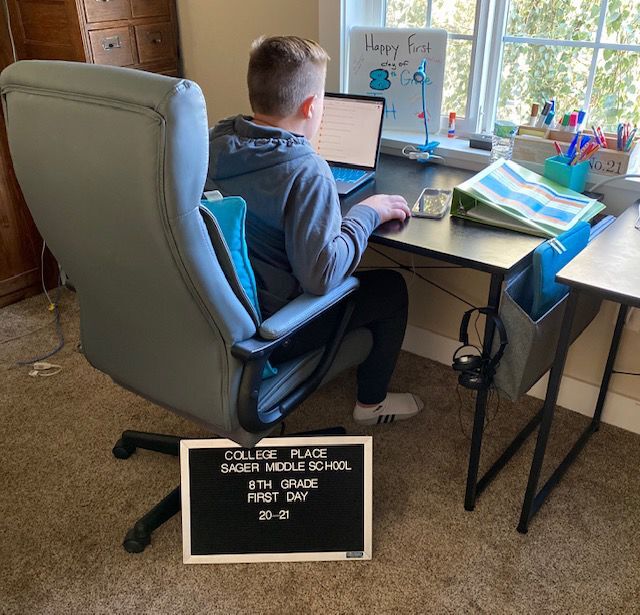 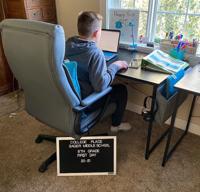 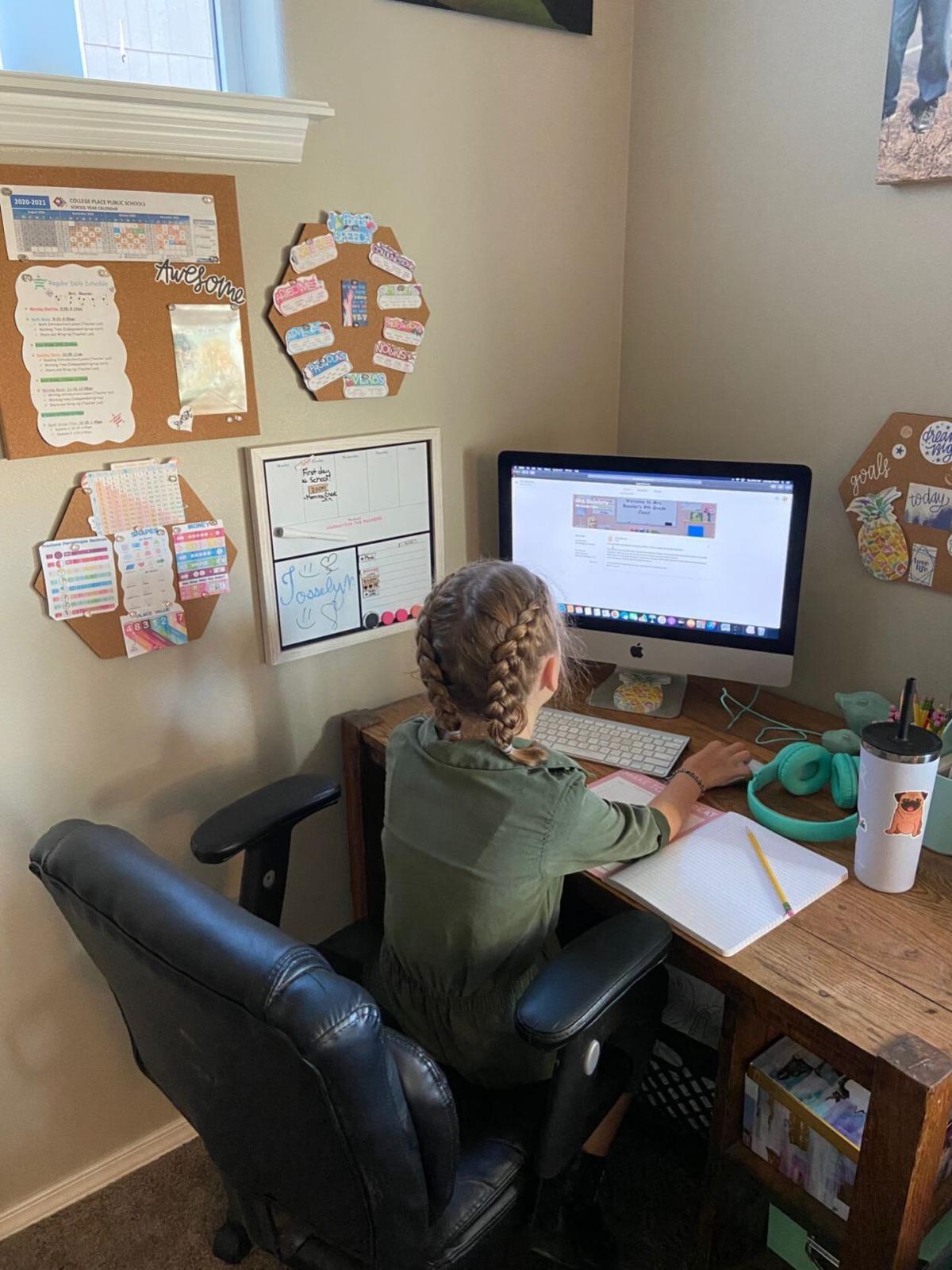 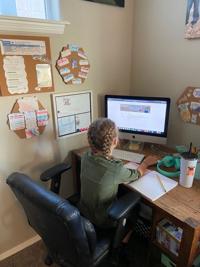 Students in Walla Walla, College Place and other school districts in the Walla Walla Valley resumed their education Tuesday starting a most unusual school year amid the COVID-19 pandemic.

Most local students are participating in a distance learning program — dubbed “Comprehensive Distance Learning 2.0” by the Walla Walla School District.

Students swapped out the normal experience of entering a new classroom and reuniting with their friends with settling into a quiet spot at home to engage in live lessons with their teachers over the internet.

Socializing face-to-face with their friends has been substituted for limited interaction with each other during class over Zoom or Google Classroom.

However, as different as this first day of school may have been, one local principal found it to be very familiar.

Walla Walla High School Principal Ron Higgins, while acknowledging the day was unusual without the 1,000-plus students on campus, said in many ways it felt like just any other first day of school.

“There were a lot of parallels to other starts of the school year,” Higgins said.

“Every year, we have had some students who did connect, or do not attend school (the first day). We have had students who have been at school, but did not get to their first-day class because maybe the campus map didn’t match, or for some other reason. And today we had some parallels. We had about the same number of kids absent today by not attending our zoom meetings than has occurred (in past years).”

Higgins said some of these absences were for similar reasons than in the past.

“So, in the past we had a few students in the building but not in the classroom. This year we had some people in the Zoom waiting room, but they didn’t get into the meeting,” Higgins said. “So as much as it was a different and strange start to a school year, there was a lot of similarities in terms of the challenges we responded to.”

With teachers instructing from their classrooms, Higgins was also able to drop in on some classes like he normally would.

“Normally I would drop in on some classes and wave and kids would be like, ‘Hi, Principal Higgins,’” Higgins said. “Well, I did that in Zoom meetings today. I got a lot of waves back, and some kids even unmuted themselves and said, “Hey, Mr. Higgins.’ It was very familiar.”

Overall, Higgins said the day was a success. He said students engaging with their teachers made it a noticeable improvement over distance learning from the spring when students did not have daily interaction with teachers.

“It’s a totally different animal,” Garcia said. “Just to have the kids right there and to be able to actually interact with them is big. One of the real challenges last (spring) was that families were having to try to be the teachers. Teachers were preparing packets, but you can’t deliver instruction on paper.”

While Higgins and Garcia both said they are seeing teachers going back to being the ones to instruct students, not all parents feel the burden has completely been lifted from their shoulders.

Cortez said while she thinks this distance learning program is an improvement from the spring, not being in the class room is still presenting a challenge to her daughter. She still feels she is left doing the bulk of the teaching.

“I had to sit with her the whole time because she’s not used to using the computer,” Garcia said. “It was hard for her to sit still and listen … It’s better than in the spring because they are able to see their teacher and talk to their teacher. But it’s really the parents who do the — I don’t want to say we do the teaching — but it’s us who helps our children learn.”

Cortez was quick to add that she feels teachers are doing their best and that everyone is doing all they can to make this the best experience they can. She also said she agreed with the decision to start the school year with distance learning.

Davis said Josselyn didn’t have any problems using the technology required to access the learning.

“We didn’t have any technical issues. I am thankful my daughter is technically savvy, and we have used the Google Classroom setup before,” Davis said. “She felt comfortable navigating it, and the teachers were really prepared … I think it went really well.”

Both Davis and Cortez said they feel they are fortunate that they are able to stay home while their children attend school. They said they worry about students whose parents can’t do that.

“I work from home full time, so I’m already home all day long” Davis said. “So it wasn’t really as big an issue for us. But I have friends who have kids at home and have jobs outside of the house. So they are trying to find child care and things like that. I think that would be a challenge.”

“I am thankful that I am able to be a stay at home mom because my husband works,” Cortez said. “But if I was a parent working full time, I don’t think this would be so great.”

This is an issue administrators have wrestled with all summer. Walla Walla schools Superintendent Wade Smith said earlier this year that child care issues were one of the reasons the district attempted a return to in-person instruction.

Garcia said she knows it’s an issue for some parents at her school. However, she said, most parents have been proactive in finding solutions.

“I haven’t heard anyone say, ‘How are we going to do this?’” Garcia said. “I’ve heard people say, ‘We are looking for a solution.’ I’ve heard a lot of problem solving.”

After one day, at least, it does seem most families were able to find a way for their students to log into class, at least in Walla Walla. Smith said that 96% of the district’s students enrolled in the Distance Learning 2.0 program logged into classes Tuesday as scheduled.