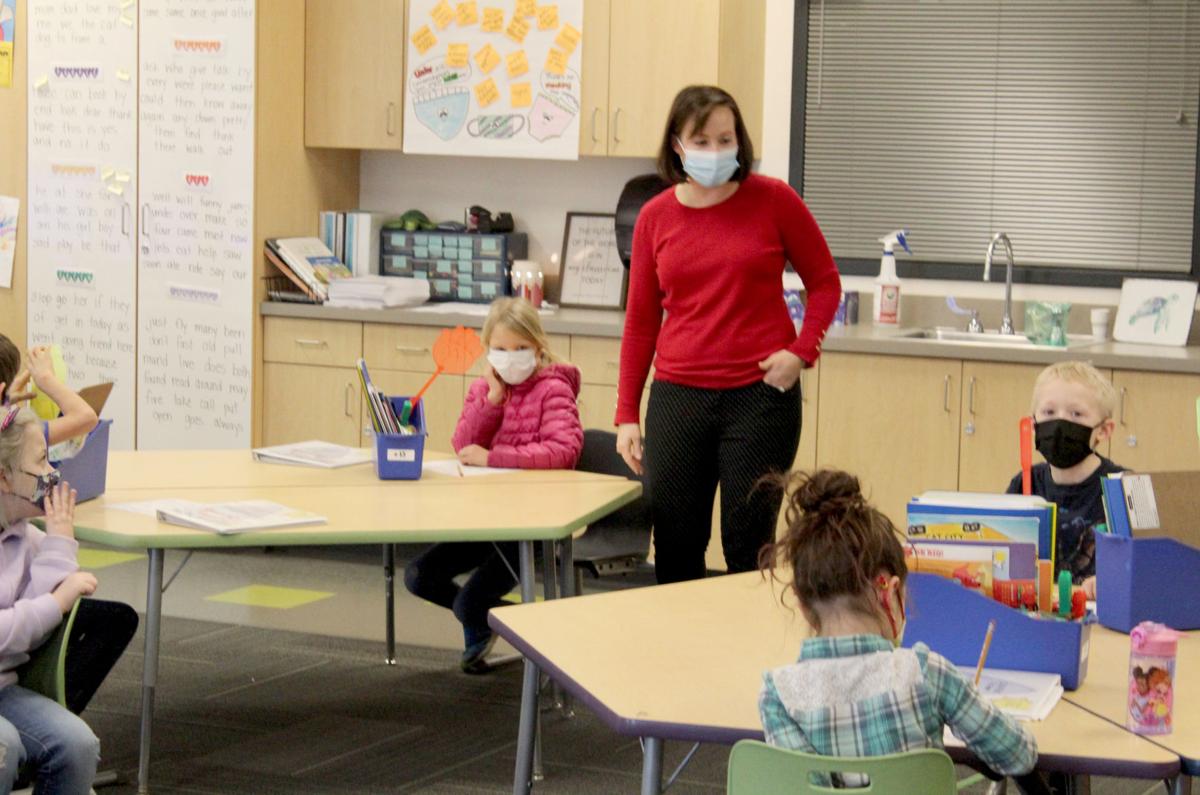 Davis Elementary School first grade teacher Jessica Maher instructs her students during their first day back in an a.m./p.m. hybrid schedule on Monday in College Place. 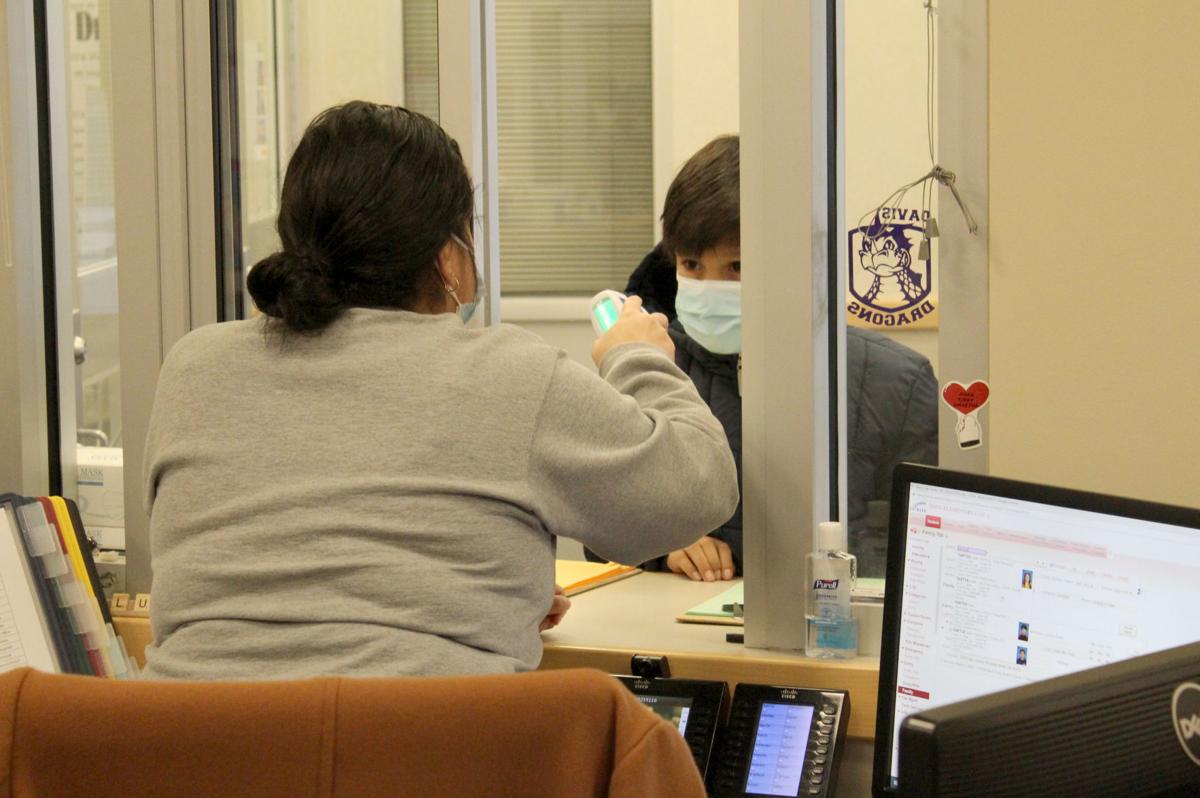 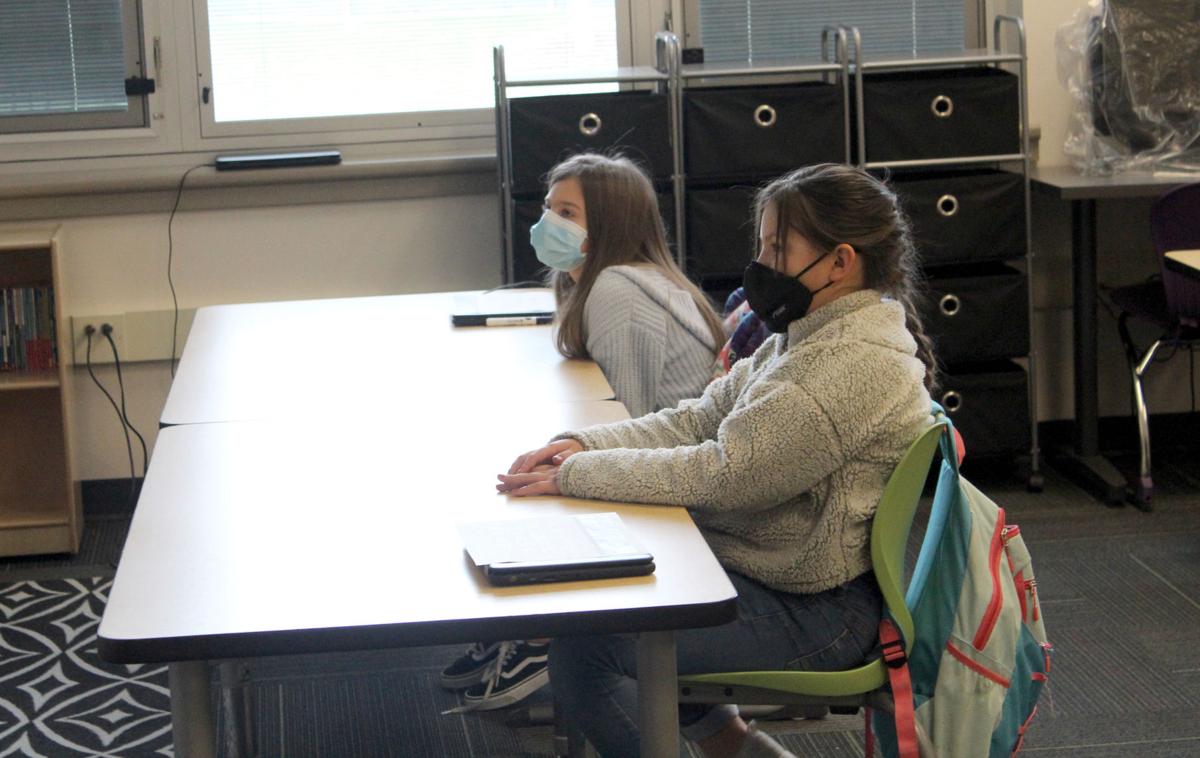 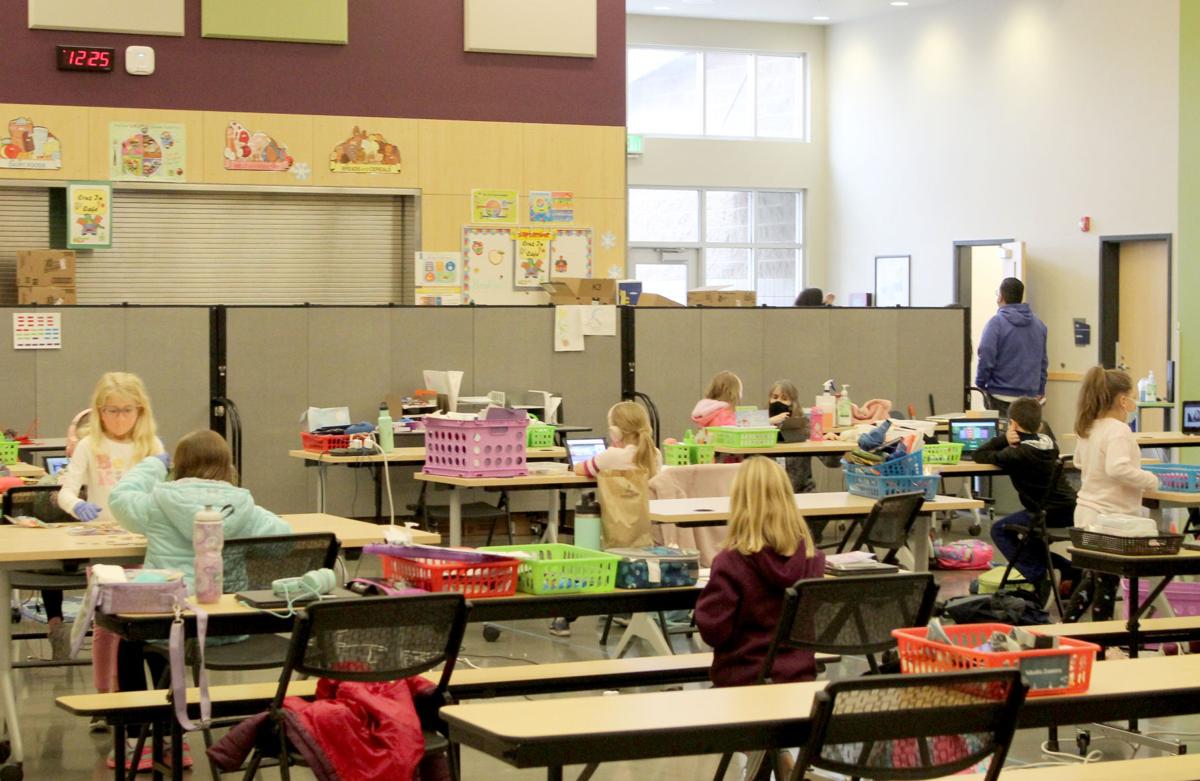 Davis Elementary School students in College Place prepare for their first day back to an a.m./p.m. hybrid schedule Monday.

Davis Elementary School first grade teacher Jessica Maher instructs her students during their first day back in an a.m./p.m. hybrid schedule on Monday in College Place.

Davis Elementary School students in College Place prepare for their first day back to an a.m./p.m. hybrid schedule Monday.

Faces were bright at Davis Elementary School as children expressed excitement to be back on campus.

In Jessica Maher’s first grade class, one student asked her if students were going to “have real school tomorrow?”

“Yes,” replied Maher, to which several kids reacted with big smiles and excited exclamations of “Yay!”

Michelle Monda, mother of third grader Gabriel and kindergartener Samson, said her sons are “thrilled to be back at school.”

“They are ecstatic,” Monda said. “Since we found out it was going to be on the 11th, they have been talking about it all last week. They have been saying, ‘Is tomorrow the day we go back? How many more days?’”

Monda said she’s also glad to have her sons back in school.

“It’s so great,” she said. “We are so happy to have them back. I’m sure a lot of parents feel that way.”

Monda said taking classes online had been a challenge for her children.

“I wouldn’t say they struggled, but it’s been hard on them,” Monda said.

This isn’t the first time College Place schools have moved to a hybrid schedule this school year. In October, the district moved to an a.m./p.m. schedule for all grades. That lasted three weeks before an increased number of COVID-19 cases in the area required the schools to shut down.

Fry said the plan is for that to not happen this time unless an outbreak happens at school.

The district won’t move backward in its reopening because of non-school related cases in the city or county.

“It would take something internal for us to have to pause,” Fry said.

Fry said the schools have several safety measures in place, including mask requirements and social distancing.

That was evident Monday.

Students in all classrooms were seated at least 6 feet apart. And the few times a student was seen without a mask on properly, they were quickly instructed to fix their masks by a school employee.

“We are taking it very seriously,” Fry said.