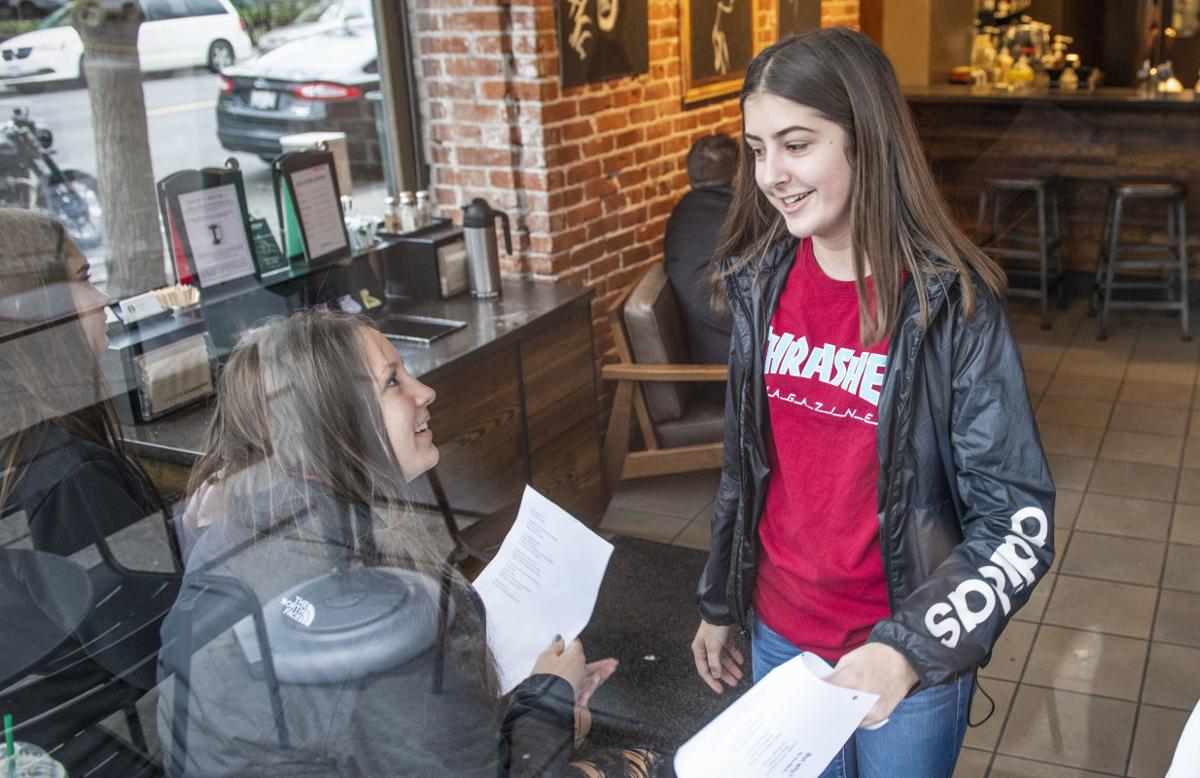 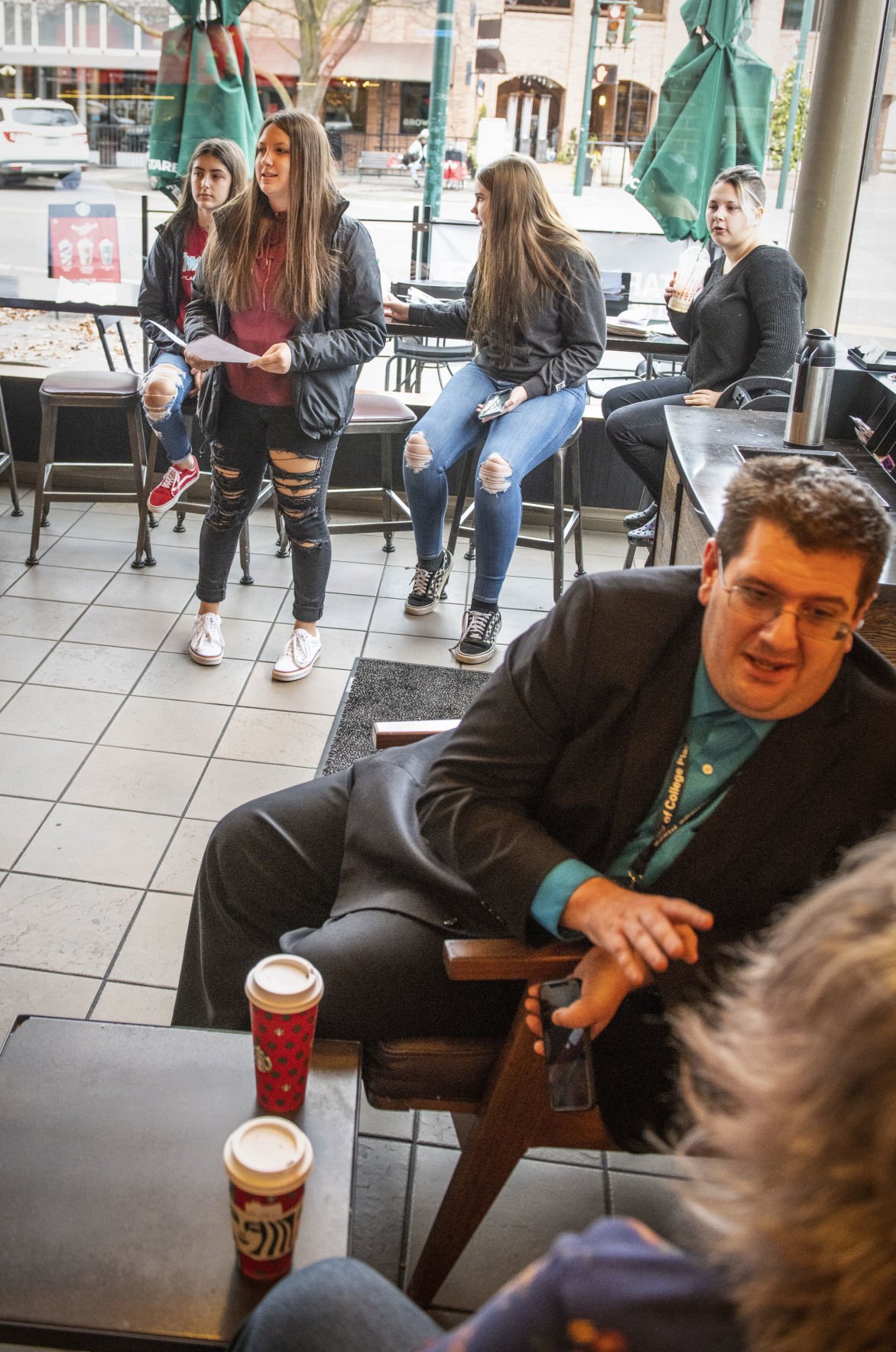 Flanked by poet peers, Evette Ureno of College Place High School reads her original work to a listeners at Starbucks.

Flanked by poet peers, Evette Ureno of College Place High School reads her original work to a listeners at Starbucks.

The downtown Walla Walla Starbucks looked to be business as usual Friday morning.

The aroma of holiday coffee drinks — peppermint mocha and chestnut praline latte — wafted over the room as customers stared at their phones or chatted with friends. Music on the sound system bounced off the shop’s brick walls to compete with the bustle.

This was a first for these freshman, an opportunity to do a reading of their own poetry and a chance to withstand the stress of public speaking.

At other local coffee shops, more College Place students were preparing to do the same — to speak of angst, injustice, sorrow and fear.

The project, named “A Cup of Injustice,” is an outcropping from topics being explored in the school’s freshman humanities class, Kaelyn Nelson explained.

Nelson and Madison Elmenhurst team-teach the subject, which includes English language and history.

Recently the curriculum has been focused on inequality and injustice through the parameters of poetry, Nelson said.

The unit started out with poems that touch on societal and ills and cultural norms around topics like sexism, religion, systemic racism, exploitation and LGBTQ issues.

It’s quite a jump for teens who have thus far been exposed to poetry mostly through the works of Dr. Seuss, Nelson said.

But these social justice poems have found their way into students’ hearts, she added.

“I have so enjoyed watching our students have conversations about matters they care about, and some of the topics hit home for our students,” she said in an email.

A Cup of Injustice, in its debut sessions on Friday, gave the teens a way and a place to express their own ideas of social justice through prose and rhyme, Elmenhurst pointed out.

“What we asked of them is so challenging, but our students jumped head first into this project and have produced some incredible work.”

Taryn Mountain, 14, wrote of the horror of human trafficking.

Giving voice to her poem was a chance to raise awareness, she said.

“I hope people understand this is a silent crime. It’s something no one ever talks about and it’s a sad thing.”

There were many sad things expressed that day. One boy, identifying as a “child of an immigrant,” said in his piece he longs for safety, for freedom, for protection.

“Unknown,” by Eliyana Tamayo, explores sexual assault — “In court he claims it wasn’t rape, she was unheard by the judge … It wasn’t the first time, it won’t be the last. But he was a man, she could not beat that.”

A gay boy, devastated at his parent’s reaction to his coming out, is the subject of Madison Thompson’s “Storm of broken memories” poem.

Still, when spoken “out of the mouths of babes, as they say,” her vision is that tough subjects become approachable lessons through poetry.

At the end of Friday, the teacher had every reason for that hope.

“I feel like today was a huge success. The kids absolutely loved it. They were saying ‘It wasn’t as bad as I thought it would be.’”

A Cup of Injustice was helped along at most of the shops by supportive employees and customers who took the time to stop and listen, Nelson added.

Feedback on the day from parents and others gave the two humanities teachers valuable information on how the project can be improved upon to become a freshman tradition, Nelson said.

Yet all who witnessed this first try got a gift, she noted.

“They got to see these kids be vulnerable and courageous. And that is a total victory.”