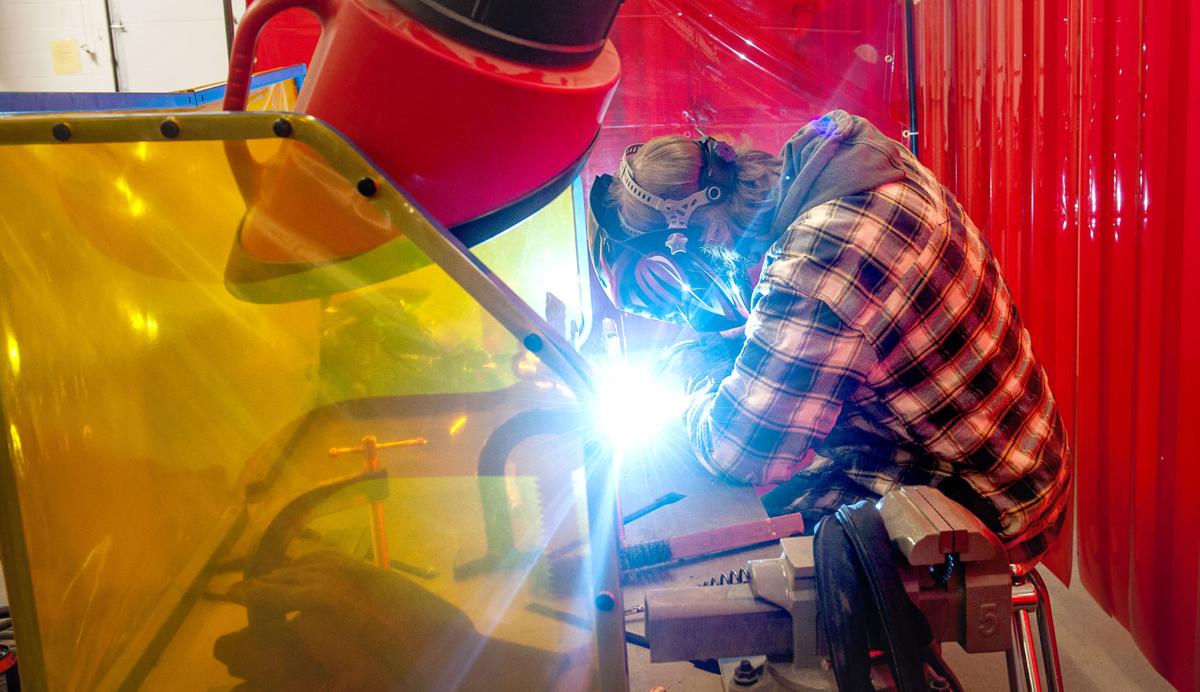 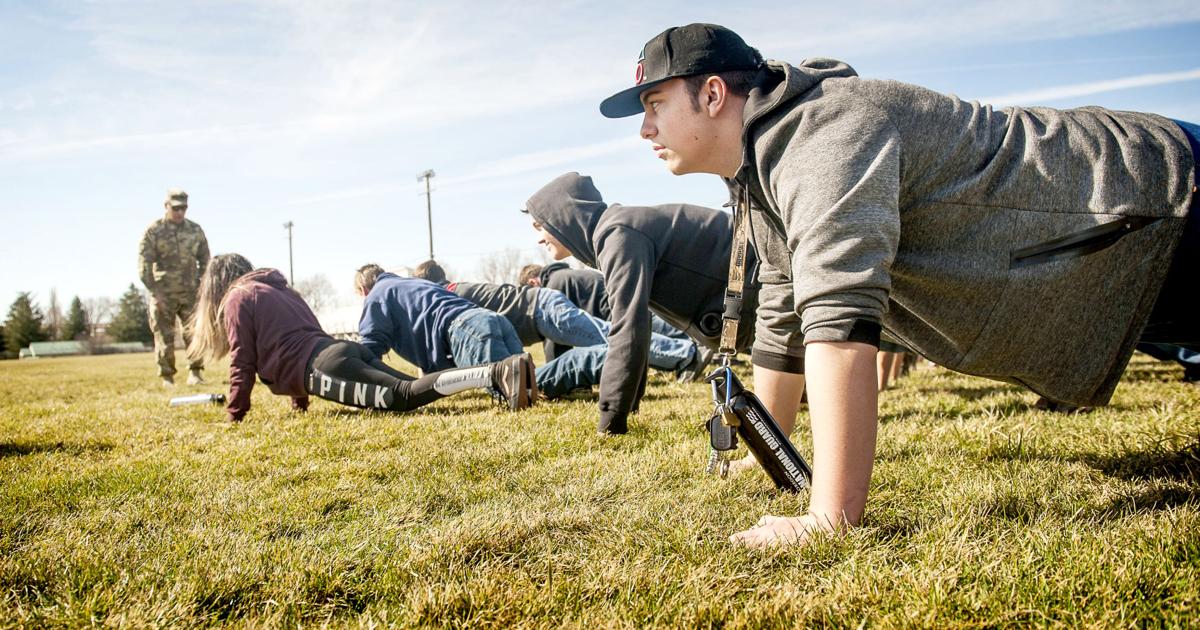 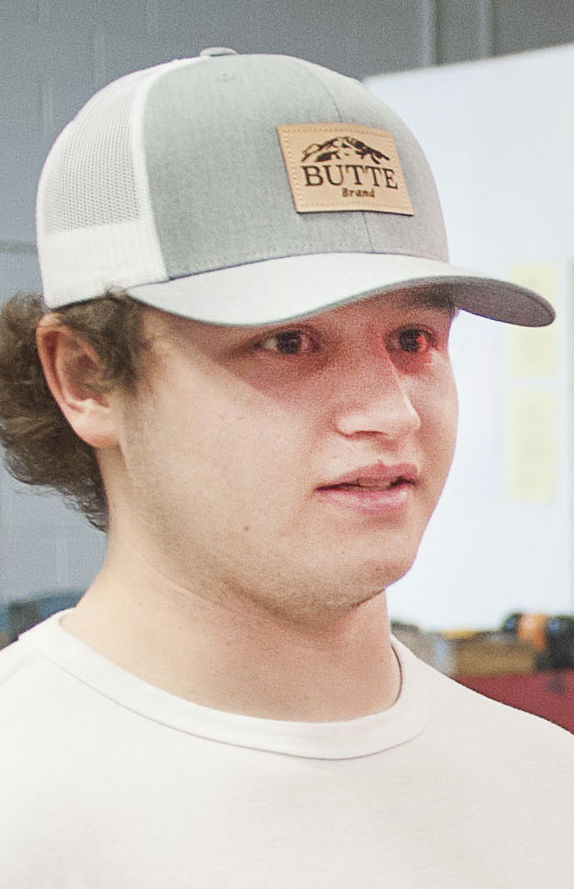 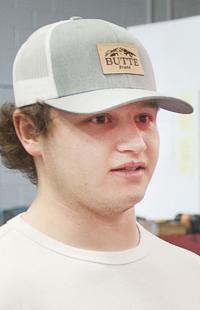 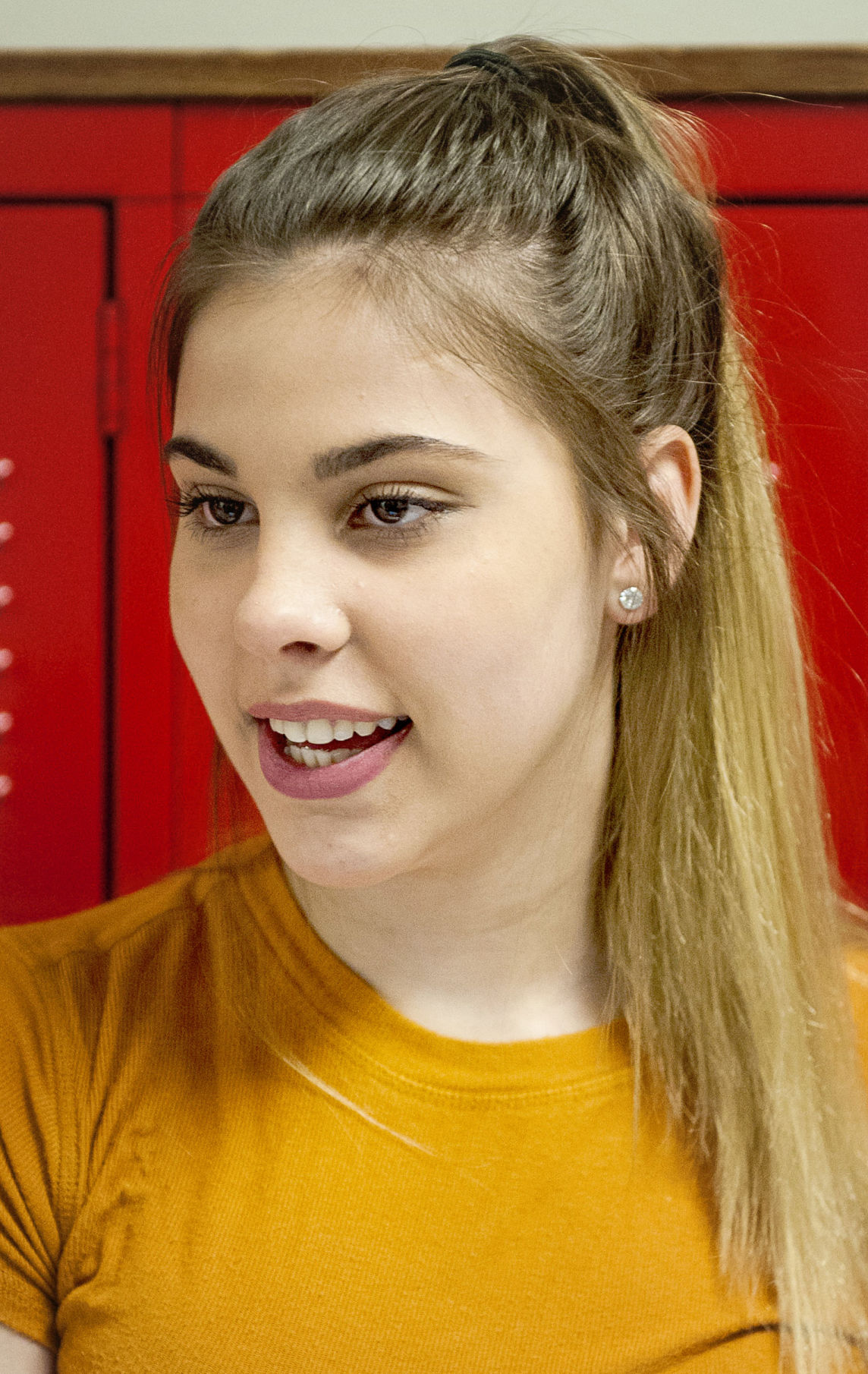 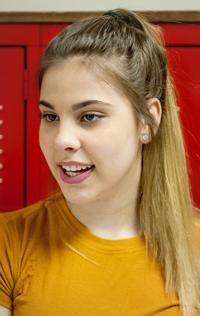 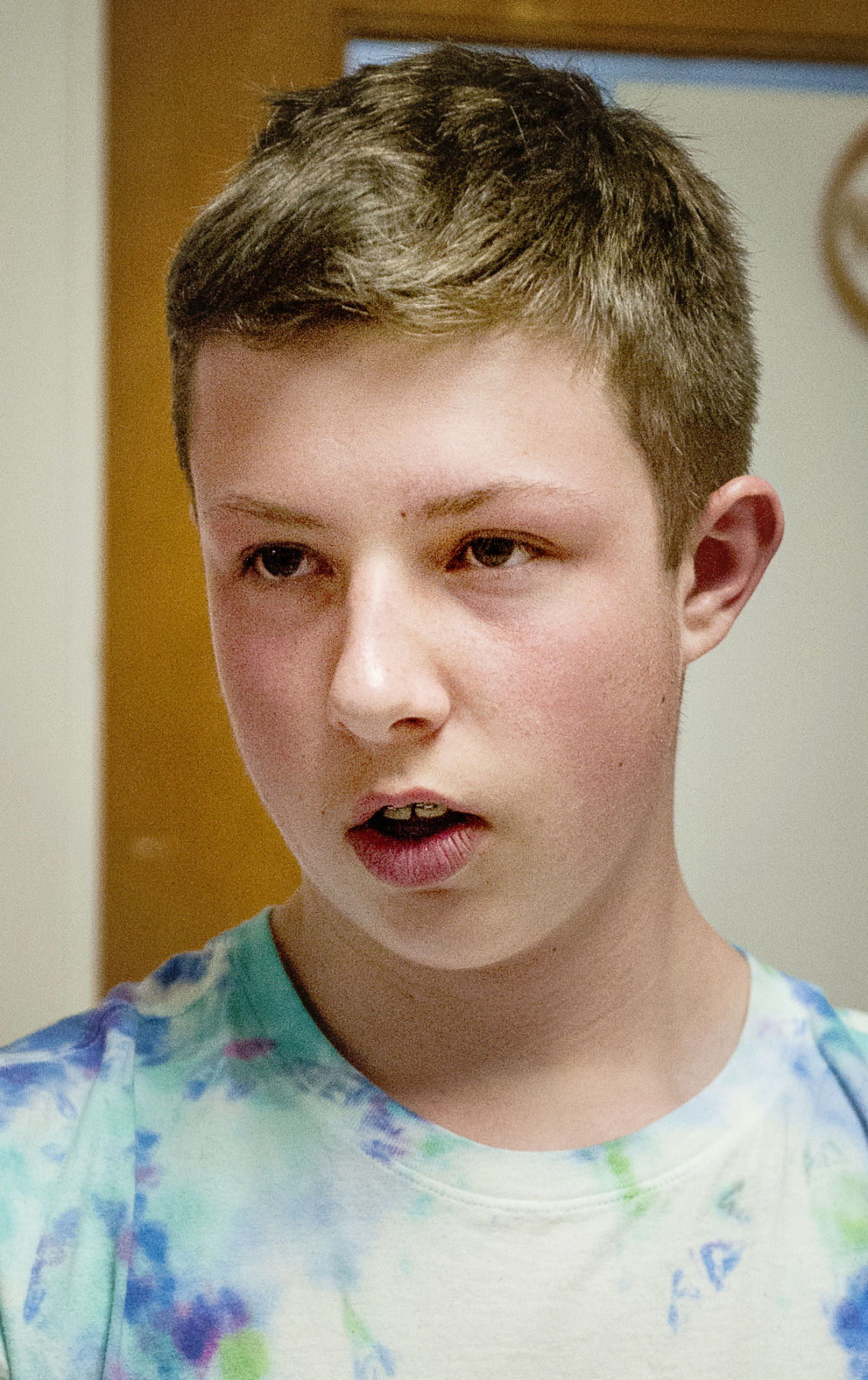 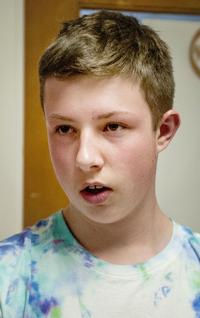 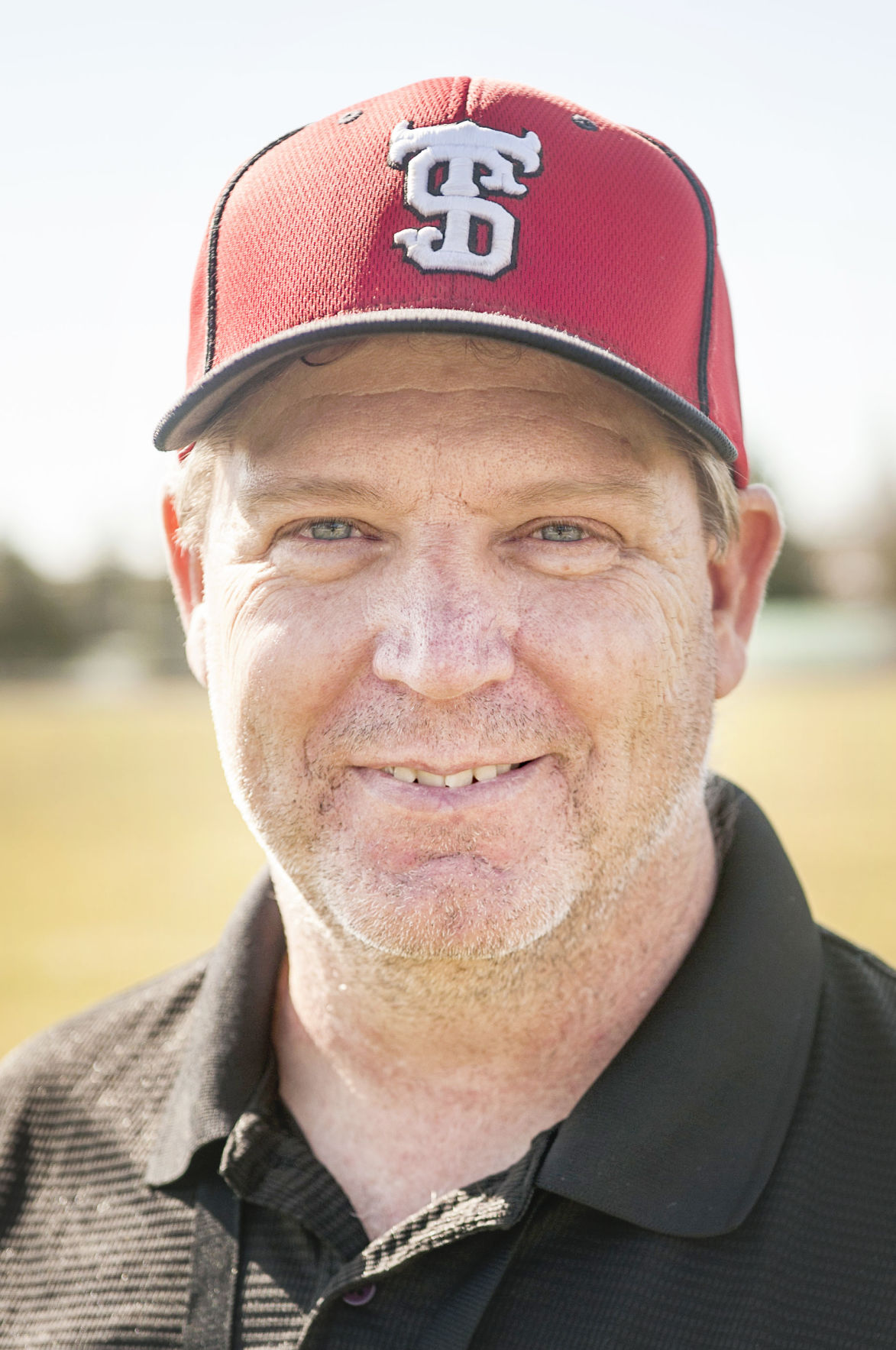 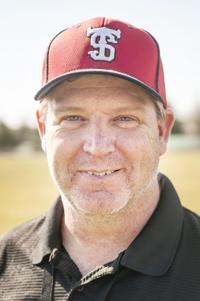 Recently that meant campaigning for strawberry cheesecake chimichangas, in the hope of getting their fellow Culinary Foods classmates to vote to make the dish as a class project.

“See, here it is,” Lilly said, pulling up a mouthwatering image on a laptop. The berry topping and cinnamon sugar glistened in a cyber serving.

She and Harry barely knew each other before landing in Culinary Foods together every Friday, a class both sophomores said they wouldn’t have had time for in a regular school schedule.

However, thanks to a concept informally known as “Friday school,” the two were plotting menu domination.

Friday school came together as a new approach to introducing kids to some life options not covered in core curriculum, Athena-Weston School District officials said.

This came about in two ways, said Superintendent Laure Quaresma.

First came Measure 98. Officially called the High School Graduation and College and Career Readiness Act of 2016, the voter-approved legislation allowed the Oregon Department of Education to disperse $170 million during 2017-2019 to high schools. The act is intended to prevent dropout, promote career and technical education and offer college-level classes in high schools.

Measure 98 is meant to improve graduation rates and get students better prepared to enter college. It’s also meant to expose kids to a bouquet of new and different career paths.

Each school district has been able to decide how to use the grant money to serve its students. At Weston-McEwen, Quaresma and Principal Rob Shell have chosen to use part of the district’s initial Measure 98 grant of $91,000 to devote a day to those goals. Because the school’s Monday-Thursday schedule ensures the state’s “seat time” requirement is met, that opens Friday up to a host of possibilities, Shell said.

Not that the end of the week is a fluff day by any means, the two said. Academics always come first, and anyone needing extra class help or to make up work takes care of those on Fridays. Keeping students’ grades up fits Measure 98’s mission, and dropout prevention is 40 percent of the program’s budget.

What teachers and administrators have found is when struggling students realize academic support is on tap every Friday, they can breathe a little, Quaresma said.

Shell agreed. “That’s helped tremendously. It’s meant fewer people on the ‘F’ list. And we can more quickly identify who needs to get on track.”

The Friday help also benefits kids who are gone during the week on field trips, for sports or family emergencies, he said.

“We have kids who are really, really busy. We’re pushing these kids really hard; then they are adding extra on top of that … the majority are starting to realize it’s OK to ask for help.”

Then there’s the second part — the dessert layer of Friday school. In an effort to compensate for the slimmer menu of electives in a small school district, Quaresma and Shell have found ways to introduce numerous classes the regular week can’t contain.

By using staff and community volunteers, this semester has kids trying out new things in sessions about nine weeks long.

Like “Net Games,” Shell pointed out during a tour around the school.

In the gym, 20 students yelped and raced as badminton birdies flew through the air to be met with a hearty “thwap” of a racket.

The class is a very popular choice, Shell said, staying a safe distance from the enthusiastic players.

The next stop was the school’s welding shop, recently modernized and better-equipped as part of a $272,000 state grant. On Fridays, the state-of-the-art welders are used for a Metal Arts class, mostly by students who never considered holding a welding torch until then, Shell said.

The smaller, basic welders are not intimidating to newcomers and can entice students to try out a welding class, he said.

Four regular welding students were on hand to demonstrate a multitude of possibilities in metal work, including signage and rocket stoves for camping. Getting more students interested with weekly exposure is great use of that welding program grant, said Dylan Cain, 18.

“They are learning on new equipment, and even though it’s expensive, it’s very durable,” the student said.

This was the first outdoor day of the season, and Gomez was demonstrating to a robust batch students the meaning of “coming to attention.” Teens in a variety of dress and attitudes worked to comply with commands of “half left, face” and more from Gomez, a U.S. Army recruiter based at Milton-Freewater’s National Guard Armory.

While 99 percent of high school students won’t end up joining a branch of the military, Gomez likes the idea of the class, he said later.

“I think its definitely a good idea to know all their options out there,” he said. “We understand it’s not for everyone.”

Most importantly, the goal is to make students better informed about military life before signing the dotted line, Principal Shell said.

Measure 98 money is also being used to create community job shadows and student internships, including with the Confederated Tribes of the Umatilla Indian Reservation, Quaresma said, noting that about 17 students have been able to participate in those so far because of good partnerships with businesses and agencies.

She and other officials are pleased with this year’s start in education outside of textbooks, the superintendent said this week.

A look into the future shows tweaking the Friday offerings by grade level, so a student starting with photography as a freshman can achieve a progression of skills by the time senior year arrives.

The community is part of ensuring future success. As people become aware of what’s happening at the school, they are coming forward with offers of help, Quaresma said.

Using Measure 98 funding has meant baby steps and some mistakes, but the students are guiding the way, she said.

“I think it’s really been fun,” she said. “We’re firming up the classes kids are really interested in. We had to dive in and see how it came out.”