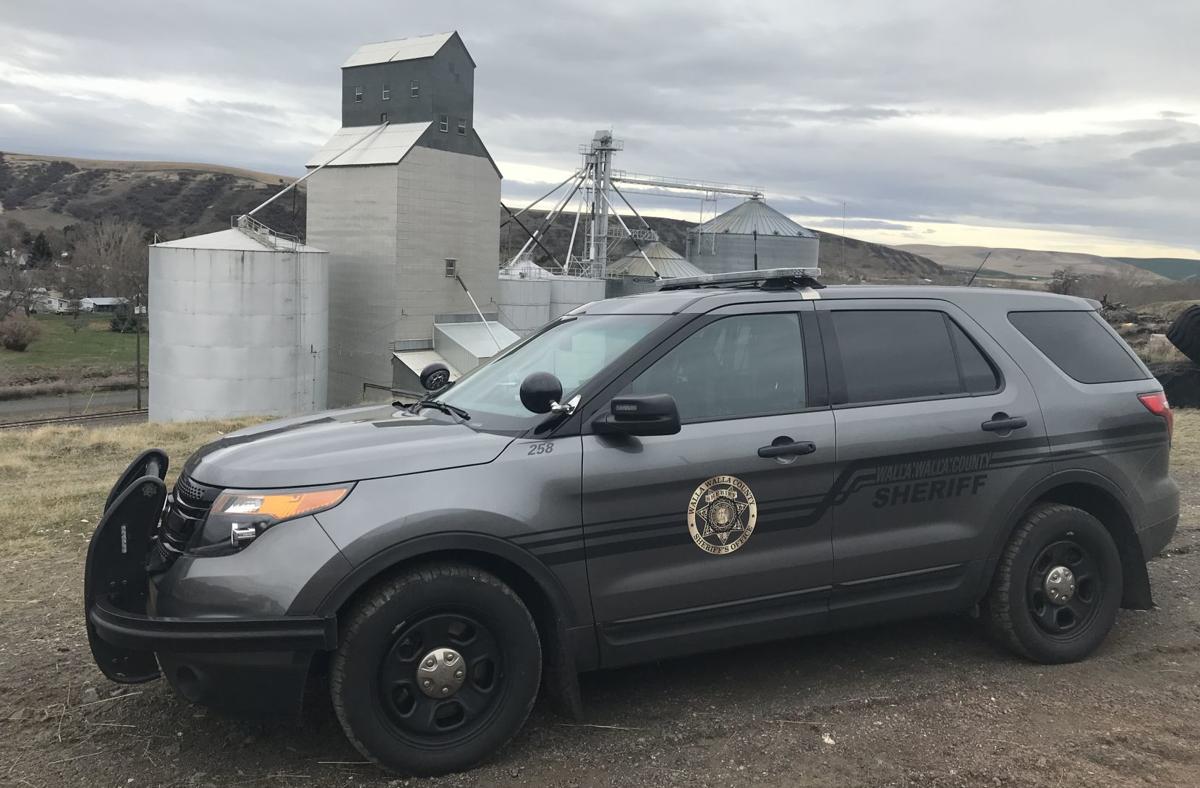 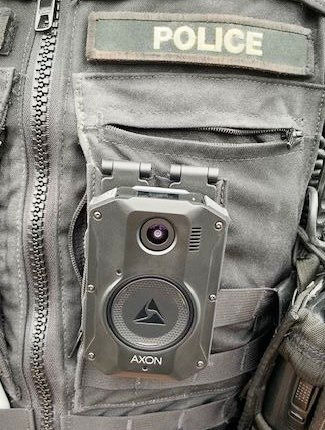 An Axon body camera is equipped on the vest of a College Place police officer.

An Axon body camera is equipped on the vest of a College Place police officer.

The Walla Walla County Sheriff’s Office has been approved for funding for body cameras on deputies, making it the second law enforcement agency in the county to do so, after county commissioners approved the move using money from the American Rescue Plan Act.

The Sheriff’s Office will use the same brand as College Place — Axon, formerly called Taser, after one of the company’s popular less-lethal weapons.

Chief Deputy Richard Schram spearheaded the effort to get the cameras. The Sheriff’s Office had been looking into ways to get funding for the equipment for some time, but Schram said new law enforcement oversight rules from the Legislature this year expedited the process.

In particular, House Bill 1223 was the most worrying to the Sheriff’s Office.

The law requires law enforcement agencies to have policies and procedures in place for collecting and keeping electronic recordings, or have a “justifiable reason” for not having such recordings. If the recording capabilities aren’t ready by Jan. 1, 2022, and the reason for their absence isn’t considered justifiable, the agency could face sanctions.

“When 1223 got passed, that’s when things changed for us,” Schram said. “With what the (county Prosecutor’s Office) was recommending to satisfy the requirements in that bill, there was no way around body cameras.”

A grant the Sheriff’s Office had applied for earlier this year for $50,000 proved to be more trouble than it was worth, Schram said, so they asked commissioners to go a different route.

Schram said he met with Commissioner Jenny Mayberry to let her know this was a serious issue that could provide legal troubles for the county if not addressed soon. He said Mayberry agreed with him and got the ball rolling on adding the item again to the county’s agenda.

Commissioners were then presented with Schram’s plan on Aug. 9 and the budget item was brought up again at the Aug. 16 meeting. The $75,000 from the American Rescue Plan Act was approved to at least fund the cameras funded for the first year of a five-year contract with Axon.

Sheriff Mark Crider told commissioners in the meeting that the goal is to possibly get the money reimbursed by state funding set up by the Legislature, along with future funding — although he wasn’t holding his breath, he said.

Commissioner Todd Kimball said it seemed the right thing to do to use the emergency federal funds to at least set up the first year.

“I think it’s appropriate,” Kimball Said. “I appreciated all the effort the sheriff’s office put in to get those numbers to us. I do think providing funding for the first year is appropriate.”

Schram looked into multiple vendors and selected Axon as the best choice. He said there were multiple benefits in using Axon, including the addition of new Tasers under the same five-year contract.

On top of cloud computer storage for videos and easily accessible software, Schram said the Axon cameras have fail-safes that trigger filming when deputies forget to hit record — such as when a Taser or gun are used or when emergency lights are turned on in a patrol vehicle.

Schram said those fail-safes give peace of mind for deputies and community members.

Since Axon is also used by College Place police, it will make it an easy addition for prosecutors investigating local cases who are familiar with the software, he said.

“It is a big deal,” he said. “We would be in a major tight spot if they hadn’t problem-solved and worked with us to help fix this.”

Although the deadline to implement is January, Schram said they’re hopeful they’ll be able receive all the equipment, complete training and begin activating cameras in November.

Deputies are required to inform people if they’re being recorded.

“The only legal requirement in Washington is to let people know they’re being recorded in a public space,” Schram said.

Armed robbery suspect arrested, another at large in Walla Walla

Suspect drives vehicle through garage door in Burbank, then flees