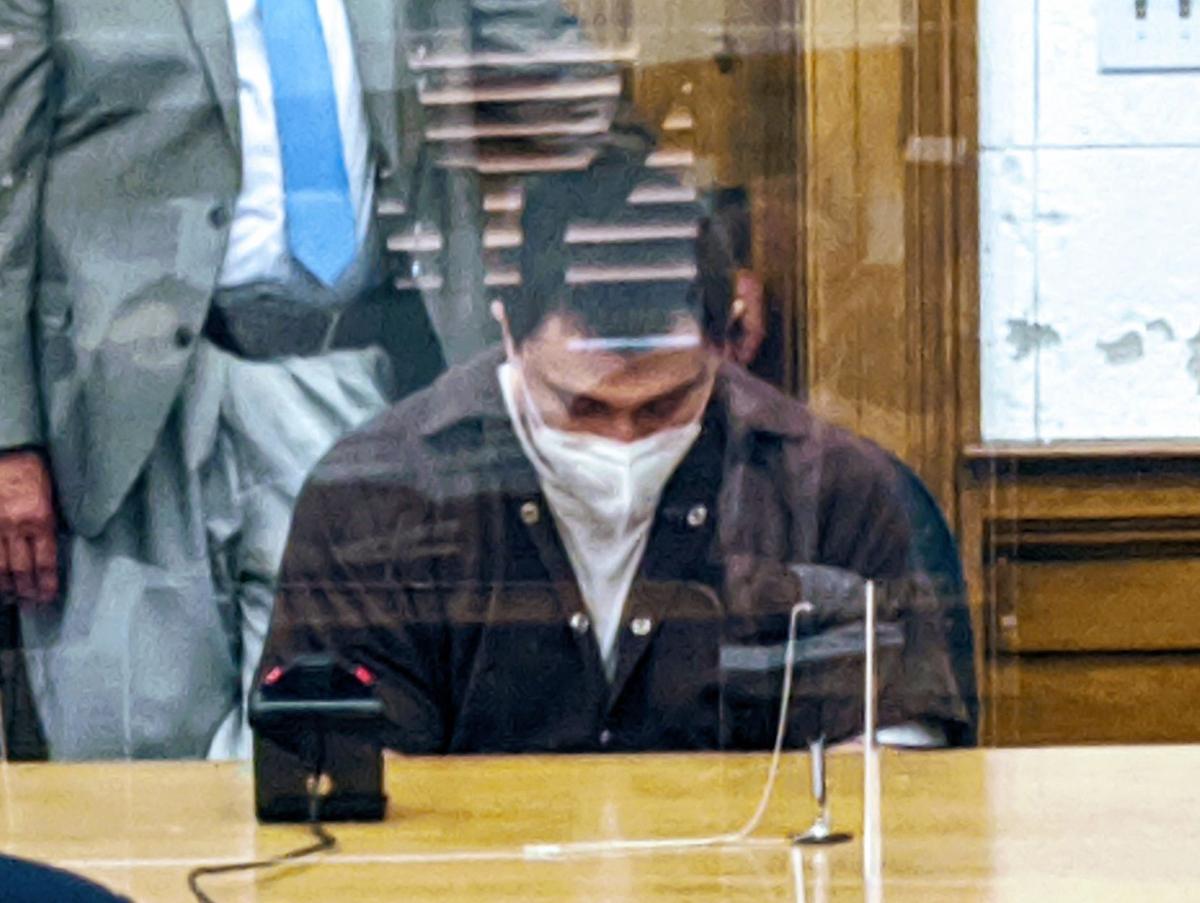 Colby Hedman sits behind plexiglass during his sentencing today in Walla Walla County court for the premeditated murder of Kyle Martz in 2019. 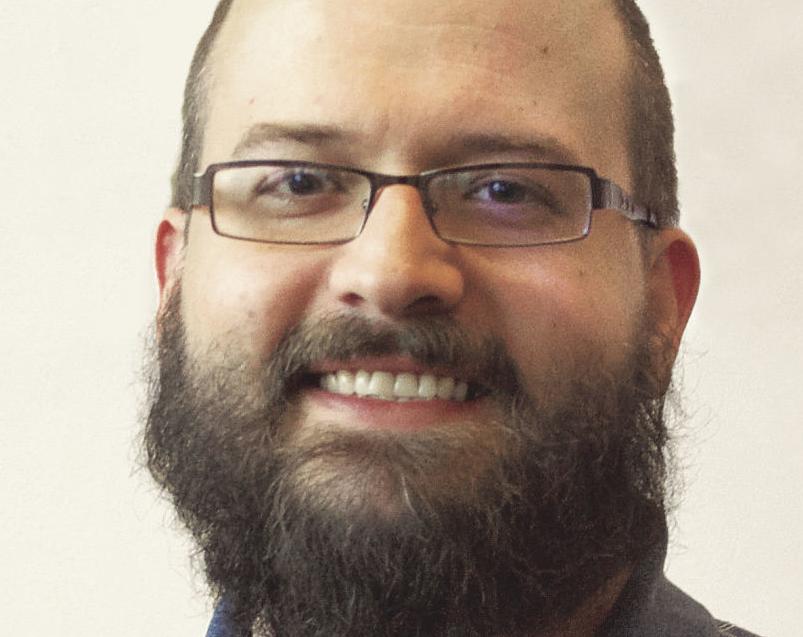 Colby Hedman sits behind plexiglass during his sentencing today in Walla Walla County court for the premeditated murder of Kyle Martz in 2019.

At the end of the long hearing, including testimony from more than a dozen people, Judge John Lohrmann ordered Hedman to 27 ½ years in prison, which was nearly three years more than the original sentence recommended when Hedman pleaded guilty in May to first-degree murder.

Hedman, who had no permanent address at the time of his arrest last year, will also get credit for 322 days already served. As part of the plea agreement, prosecutors agreed to dismiss a charge of vehicle theft and recommend he receive 25 years in prison for the killing.

Hedman admitted to police that he struck Martz with an ax multiple times before stealing the man’s car and fleeing to Oregon, where he was arrested near Baker City after trying to elude police the same day. Investigators suspected that Hedman and Martz didn’t even know each other.

A report from the state Department of Corrections, recommended Hedman be sentenced to 333 months, or 27.75 years in prison, which was the maximum allowed in his sentencing range.

Hedman will also serve 36 months in community custody and pay $1,858.96 in fees and restitution to the city of Walla Walla among other court costs.

The sentencing that began Thursday morning took place in front of about 20 people in the courtroom, including attorneys, family, friends and six courthouse security officers. Many law enforcement officials listened from an adjacent courtroom along with up to 76 people at one point via Zoom for the procedure that ran just over two hours.

Those present were required, per coronavirus safety measures, to don masks and have their temperatures taken before ascending the staircase to the second floor with a numbered sticker indicating they were fever-free.

Before the sentencing, the judge, Walla Walla County Prosecuting Attorney Jim Nagle, Hedman and his defense attorney, Robin Olson spoke. All spoke of their sorrow for people affected by the killing, and Olson and Nagle asked the court to accept the recommended 25-year sentence that was part of Hedman’s guilty plea agreement.

Nagle said it was important to have the case resolved through a guilty plea.

“It was important to get this case resolved,” he said. “Because otherwise it would have been two years before we would have gone to trial, and ultimately we would have to get a jury that doesn’t know anything about the case and get the jury to convict.”

Lohrmann held up a binder with what he said held about 18 victim impact statements.

“It’s very clear that the scope of this tragedy has no bounds,” he said. “The death of Kyle Martz was awful ... it was horrific. It has changed the lives of everybody involved.”

About 16 statements were read aloud, either by people in the courtroom or those on Zoom.

Lohrmann cautioned, at one point, that the court only had so much time to hear statements, after which a victim stated that it was her only time to tell Hedman of her feelings and to have closure. The judge allowed her to continue.

He didn’t refuse anyone who wished to speak or to read other people’s statements.

Hedman also spoke. He spoke about his remorse. It was about the only time during the entire hearing, besides while entering and leaving the room and while listening to the judge read out his sentence, that the man lifted his eyes from the table where he sat.

“To the family and friends of Kyle, I just want to express my deepest regrets for my unforgivable actions that have caused me to become ... the monster that I know. Not a day goes by that my mind and soul isn’t troubled by my actions,” Hedman said.

“There is no doubt in my mind what a wonderful person Kyle truly was. As much as my actions have burdened myself, I can’t even begin to imagine the hurt and pain this has caused the family and friends of Kyle as well. I don’t even know where to begin with my apologies, but I hope that some day all of the people who have been hurt can find it in themselves to forgive me. Not for myself but for themselves, so they aren’t burdened by feeling the hatred that I can only imagine they have for me.”

For Martz’s former housemate, Cat Pond, those feelings of anger and pain were clear in her statement before the court. She was the first person to arrive on the scene of the slaying that took place just over a year ago.

She gave detailed descriptions of the discovery and the images that have remained with her from seeing the murder scene — her home — in different stages of investigation.

She also said she spent thousands of dollars on moving and storage costs and other expenses because she couldn’t live in the house anymore.

“Colby Hedman is a monster — the boogie man that our parents always warned us about as children,” she said. “He has robbed a community and so many people of a caring, giving, selfless soul, who has touched the lives of and brought joy to so many of us, as well as our own senses of safety and security.”

In her statement asking for the maximum sentence possible, Pond also said she was worried about what Hedman would do after being released, if he wasn’t held in prison for long enough.

“My main concern, and I know that this would be Kyle’s main concern as well, is that 25 years does not seem long enough to ensure that he won’t go out and commit an even more heinous crime, or crimes, upon his release … I wouldn’t wish this on anyone,” she said.

Many of the victim statements echoed Pond’s. Friends and family members had trouble describing and talking about how Martz was killed and said they didn’t understand why Hedman was recommended for a 25-year sentence.

But speakers had plenty of descriptions for Martz, whom they loved, calling him a “somewhat gruff, sarcastic person,” known for his “whole-heartedness and self-deprecation,” being “100% authentic” and “strong and resilient.”

After the sentencing, a handful of Martz’s friends who had been at the hearing were outside the courthouse, but only one wished to talk further.

Julia Ireland spoke in and outside the courtroom about how unfair Washington state laws were regarding sentences for murderers.

“I wish to argue that the brutality of Kyle’s murder is not an exception under current law, but an exception that requires the law to be changed,” she said in the courtroom.

Outside, gathered with Martz’s other friends, she said they planned to get together and change laws, specifically for a different category of murder.