A repentant Walla Walla nurse who injured a man when she was drunk and crashed a vehicle into his mobile home in September was sentenced Monday afternoon to three months in the County Jail, the minimum amount of time she faced.

“I’m extremely sorry for my actions,” Groom said through tears. “I’m not the type of person to hurt someone like I did and it’s been devastating to me.”

In encouraging the minimum sentence, her attorney, Richard Wernette, added that since Groom’s arrest, she “has taken every step she possibly could” to make amends and changes in her life.

He said Groom was experiencing a personal crisis and out-of-control drinking the night of the crash. But she soon submitted to an alcohol evaluation and treatment with 100 percent compliance, Wernette said.

Deputy Prosecuting Attorney Kelly Stevenson also strongly urged the 90-day sentence, the low end of Groom’s standard range of three to nine months, pointing out she has no criminal history and has taken the situation seriously.

Before Groom was led to jail, Wolfram gave her credit for four days she served in September before being released on bail, placed her on a year of community custody, a form of probation, and assessed her at least $31,919 in restitution and other legal financial obligations.

She is on unpaid leave from her nursing job at the Washington State Penitentiary and action could be taken against her nursing license.

Wernette said Groom “probably has an uphill battle” to get her job back. However, Wolfram is allowing her to serve her time on partial confinement for work release if she somehow were to become employed while sitting in jail.

Groom pleaded guilty Jan. 19 to the felony charge of vehicular assault by driving under the influence.

Police say she was operating a 2009 Toyota Corolla east on Melrose Street at Link Street about 8:15 p.m. Sept. 4 when the vehicle left the roadway, sped through a field and into the southwest side of the home at 635 Rocky Road.

A police report filed in court says Eduardo Lagunas, 45, “was sitting on his recliner on the south side of the living room area when the suspect vehicle crashed into the house, center punched the recliner, and threw Mr. Lagunas against the north wall of the residence.”

Two other people inside the residence apparently weren’t hurt.

She admitted having drunk six beers, and breath tests revealed her blood-alcohol level was higher than 0.215, nearly three times the legal limit, the police report says.

Lagunas didn’t attend Monday’s sentencing hearing. But in a letter to him and his family in December, Groom said she was deeply sorry.

“I am overwhelmed at how much hurt and suffering I caused you and your family,” Groom wrote.

She added she has accepted her alcoholism and depression, underwent the intensive outpatient treatment and is attending Alcoholics Anonymous sessions.

Groom vowed to pay complete restitution even if she loses her nursing license.

“I hope that one day you may find it in your heart to forgive me for what I have done,” the letter concludes. 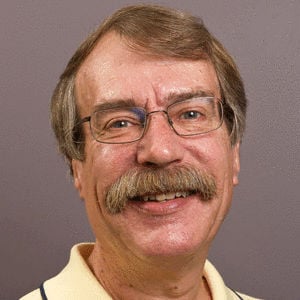