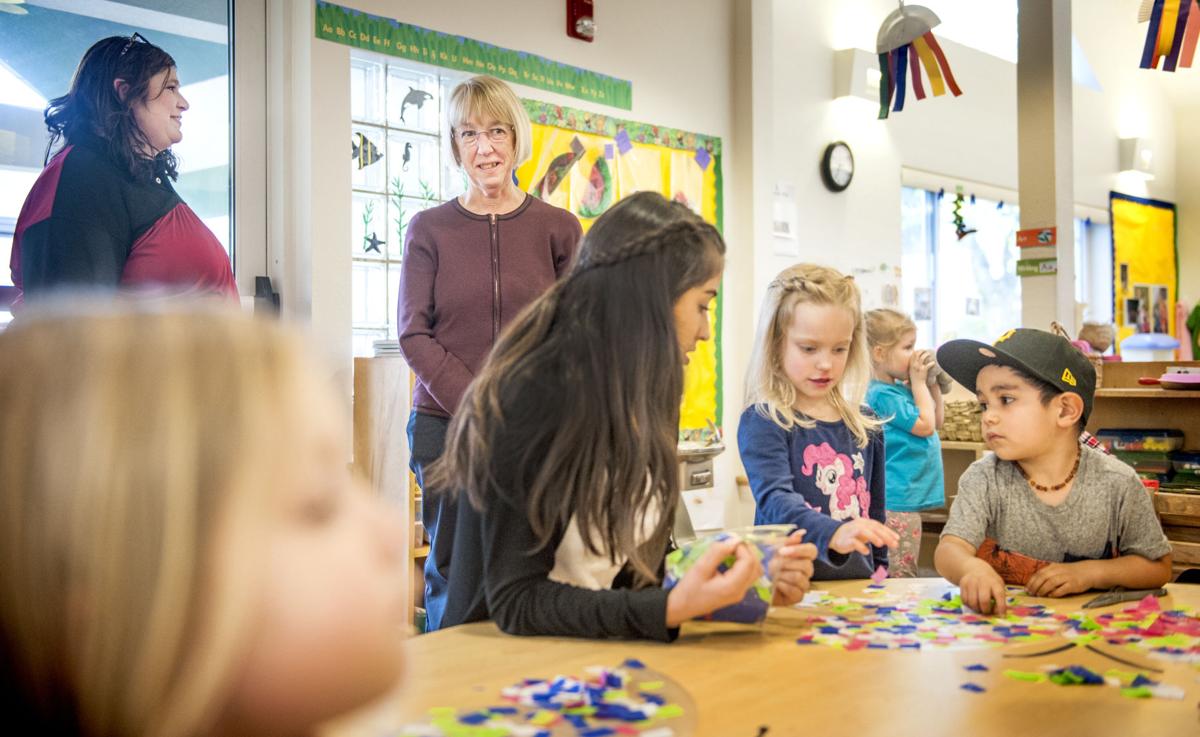 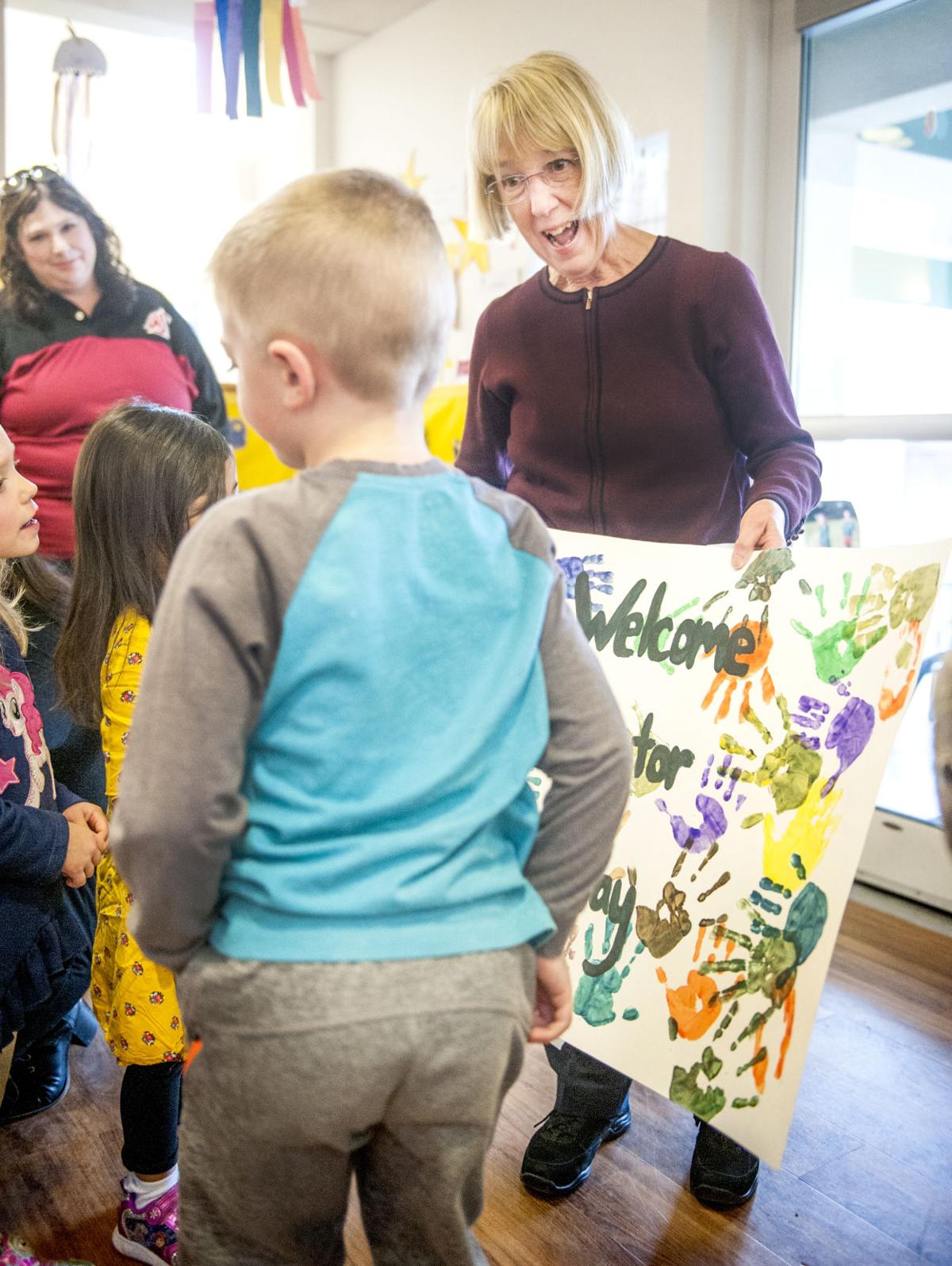 U.S. Sen. Patty Murray, D-Wash., gets a handprint sign from two of the youngsters at the YWCA. 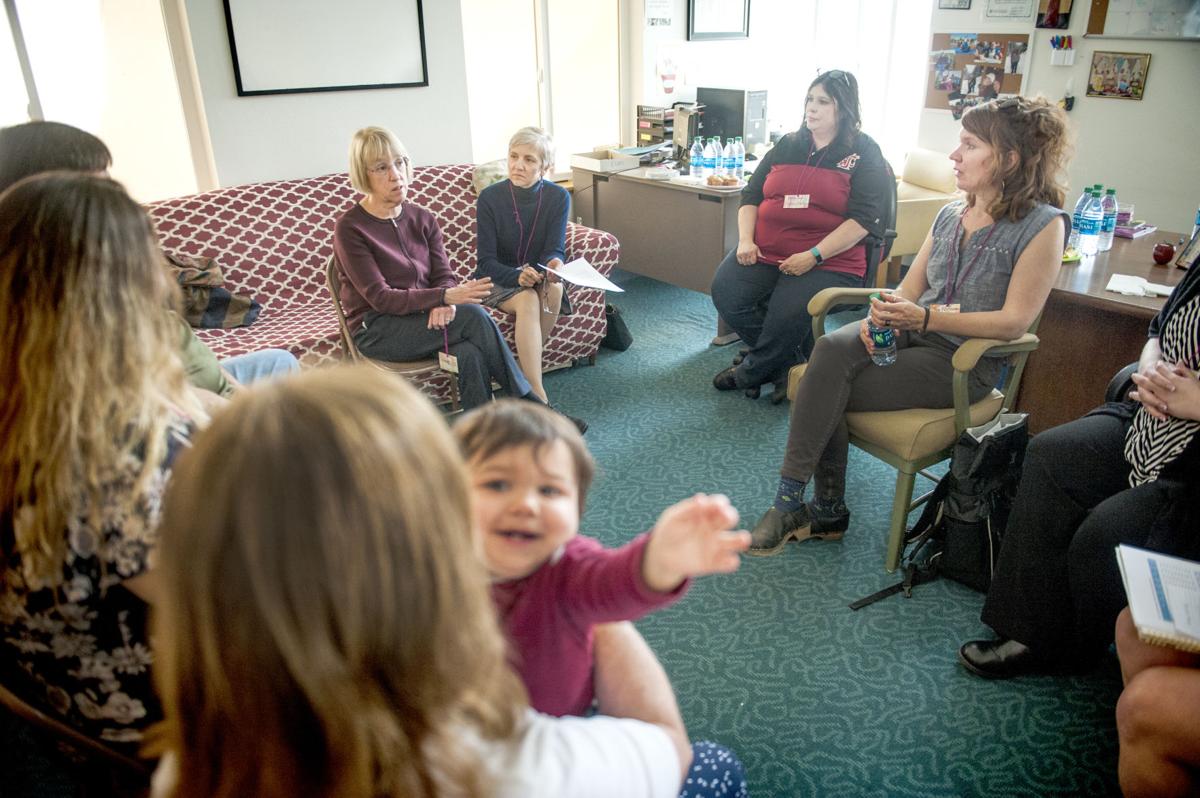 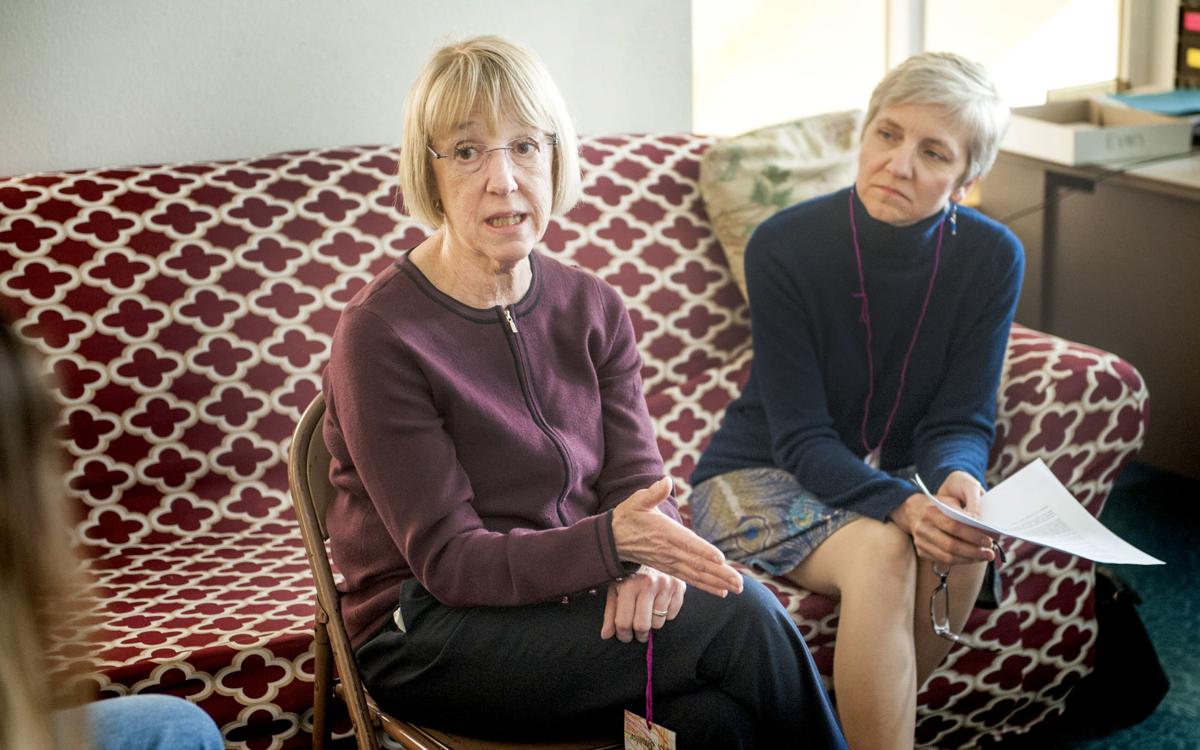 U.S. Sen. Patty Murray, D-Wash., gets a handprint sign from two of the youngsters at the YWCA.

Eva Hoffman isn’t who you’d imagine at the center of the child care crisis.

The Whitman College professor has a doctorate in German Studies and a good job teaching courses at Walla Walla’s liberal arts college.

But, she told Sen. Patty Murray, D-Wash., on Tuesday, the cost of child care for her and her husband is so high she navigates the flexibility in her job so that her daughter’s time at the YWCA child care center, My Friend’s House, is cut in half to reduce their monthly bill.

The exchange was part of a round table discussion on legislation Murray has proposed to lower child care costs for working families.

The Child Care for Working Families Act was first proposed by Murray, a former preschool teacher, in 2017. Murray, the top Democrat on the Senate Education Committee, reintroduced it this year.

The legislation is written to ensure no family under 150 percent of state median income pays more than 7 percent of their income on child care. Families would pay their fair share for care on a sliding scale, regardless of the number of children they have, the legislation says.

The median is the mark at which half of all households make more and half make less. It’s seen as a clearer measuring stick for where households lie than an average.

The state numbers, updated last week, are created from estimates and projections based on a state population survey, Bureau of Census estimates and other sources.

Families under 75 percent of the state median income would not pay anything. The bill would also support universal access to high-quality preschool programs for all 3- and 4-year-olds. It would significantly improve compensation and training for the child care workforce to ensure the nation’s teachers and caregivers have the support they need, as well as the children they are caring for, to thrive, the bill says.

The legislation is expected to create 770,000 new child care jobs and allowing 1.6 million parents, primarily mothers, go back to work, and lift 1 million families out of poverty in the process.

For Hoffmann, the legislation could mean putting her child in full-time care with the comfort of being able to focus on work without the stress of the expense.

Her current setup gives her a luxury many don’t have with their work schedules. But it’s far from easy for Hoffmann. She uses the hours she’s required for her full-time position at Whitman in the classroom for her courses, and takes home the prepping, grading, and student communication that remains each day as she picks up her little one. She manages that work with her child’s nap schedule, late nights and down time at home.

Hers is the primary income, so there is no reducing her workload. But since she’s a visiting assistant professor, her job isn’t permanent. If she wants a permanent job she must also present research that she takes time to work on a little each day starting at 6 a.m.

“So you’re juggling everything in order to maintain your economic value,” Murray observed.

Hoffmann’s situation is as close to best-case-scenario as there might be, but it’s far from ideal.

As child care costs escalate and access to quality care shrinks, working parents find themselves in what Murray refers to as a child care crisis. Tuesday’s visit followed a similar one in Spokane on Monday.

Wherever she goes, she said, the stories are the same.

Parent Katie Langert returned to work six weeks after having her son, she told the senator. But child-care struggles were almost immediate. The friend who was watching her son at an affordable cost found a different job. Since then, she’s gone through a series of hoops that included bringing her baby with her to work as a caregiver during the hours she wasn’t attending classes at Walla Walla Community College.

When she did find another sitter, it was followed almost immediately with problems, including a bout of bloody diaper rash on the second week. Pulling him from that care led her to her current sitter who is working out for the time being but won’t be available permanently.

“And you can’t do your job if you’re worried about your kid,” Murray lamented.

My Friend’s House was a standing example of how the child care situation has changed in Walla Walla.

Started in 1987 in response to a lack of quality licensed care, the center was created as an environment that felt like home to children and gave working parents — especially mothers — peace of mind.

“Women couldn’t go to work if there wasn’t somebody there to take care of the children,” said YWCA Executive Director Anne-Marie Zell Schwerin.

But as costs of child care have changed and subsidies have decreased, many of the women who need help find themselves in a tough spot. A promotion that puts them 50 cents an hour too high for an affordable copay could have the punishment of skyrocketing increases in costs for their kids that aren’t ultimately covered by their raises, Zell Schwerin explained.

“I never thought we’d be charging that 20 years ago, and now we are and I don’t see that changing,” she said.

The facility’s 34 children include half covered by private pay and half by subsidy.

Washington state is among the most expensive, it turns out.

A report released last year by Child Care Aware of America — The U.S. and the High Cost of Child Care — revealed Washington as the sixth least affordable state for center-based infant care at an average of $14,208 per year. For a single-parent family, with a median income of $27,523, that accounts for 51.6 percent of income. It’s 15.4 percent of the median income for a married-couple family bringing in $92,310 per year.

That cost goes up even more under family-based infant care. In that category, Washington is the fourth least affordable state, with an annual cost of $10,812.

But that’s only if you’re lucky enough to find a spot for your child in the first place. Only eight infant positions even exist in local centers.

With increasing costs of operating and state assistance unable to cover the gap between service delivery and copays, the best any center can likely expect is to break even by offering the service, providers say.

My Friend’s House stopped providing infant care about nine years ago, Zell Schwerin said. The operation was losing $9,000 per infant each year to provide the care.

Murray told people gathered for the discussion the problem is one that needs a solution for the long-term success of the economy, as well as families.

“If you can’t find child care and you can’t work, you just get further and further behind,” she said.