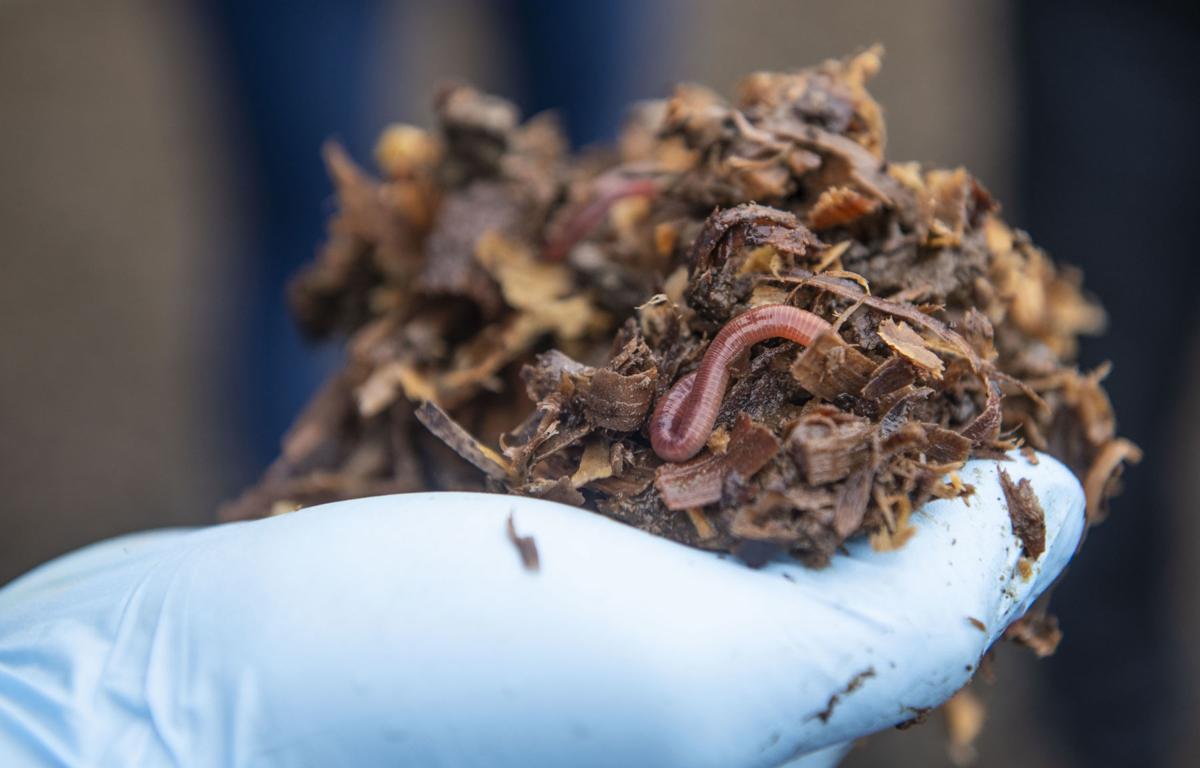 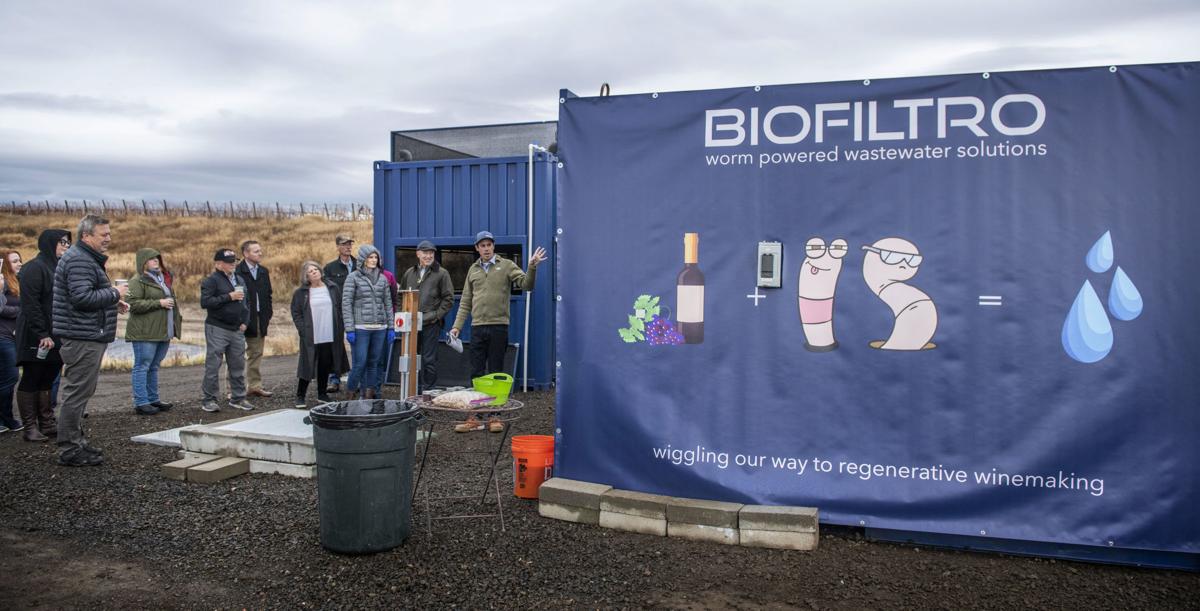 A Walla Walla winery is harnessing worm power for its wastewater treatment.

For the last several weeks, Northstar Winery has been treating its wastewater with BioFiltro’s Biodynamic Aerobic System in a process expected to allow the winery a green solution for treatment and re-use of the water.

BioFiltro, rooted in Chile and with offices in the U.S. and New Zealand, has its systems in 170 plants in eight countries.

Much of its treatment is used in dairy and food processing industries, as well as municipal water systems. In fact, a Washington dairy began using the system about four years ago. But Northstar is the first winery in Washington to use it, the company said.

In a demonstration late last week for other wine industry, municipal and business interests, BioFiltro co-founder Matias Sjogren held up two jars of water — one purple from the grapes, the other a clearer yellowish water after having been treated through the worms.

“All the solids are out,” he said, pouring the water from the clearer jar.

The process is one option as wineries explore ways to discharge wastewater, particularly with changed permitting guidelines through the state Department of Ecology.

DOE spent several years researching and developing a new general permit to monitor the discharge of wastewater from winemaking facilities. The permit was implemented last July and runs through July 1, 2024.

Coverage under the winery general permit applies to wineries that annually produce more than 53,505 gallons of winery process wastewater — the result of about 7,500 cases of wine per year — or discharge process wastewater to irrigation, road dust abatement, a subsurface infiltration system, wastewater treatment plant, lagoon or liquid storage structure, or an infiltration basin.

“It takes a lot (of water) to make wine, unfortunately,” Gasparotti told the crowd last week.

More specifically, winemaking is said to produce about 6 gallons of process water for every gallon of wine made.

The BioFiltro system at Northstar is anticipated to recycle about 283,200 gallons of wastewater each year.

Installation of the system was led by Walla Walla-based Organix Inc., the Northwest distribution partner for BioFiltro.

That includes pumping equipment, stations for monitoring the process and for the container systems where the digestive power of the worms takes place.

A diagram on the side of one of the units explains the process: The water is pumped into a storage tank and is fed into the first pass of the container system where the worms reduce the larger solids into smaller solids while producing microbes.

The microbes form a biofilm throughout the system. The biofilm is aerated by the worms as they burrow. Water flows through the wood shavings, and the biofilm captures and digests up to 99% of organic wastewater contaminants.

This particular system also sends the water through a second container and then into a storage pond, where the treated water can be used for irrigation.

The system is designed to handle 1,000 gallons of water per day and uses 95 percent less energy than a traditional wastewater treatment system. Recycling of the winery wastewater is an eight-hour process.

“We were looking to update our wastewater processing system and BioFiltro offered an innovative and sustainable solution,” Northstar winemaker David Merfeld said in an announcement about the development. “We’re excited to be able to reuse 100% of our filtered wastewater.”

The idea is to be able to use the system year-round. Although winter freezes may come, the system is proven in extreme conditions. It is even used in waste treatment in Antarctica, the company said.

The worms are red wigglers or tiger worms. They are hardy, hungry and reproduce. Their castings also have a major role and purpose in the process.

The compost produced is the major focus of Organix Inc. The Walla Walla operation is an organic residuals management company with a focus on organic-based soil amendments — from management and production to marketing, sales and usage.

President Russ Davis said selling and distributing the compost is another benefit of the model.

“From here the material goes to market,” he said last week. “That’s the end of the story: everything gets utilized, sold, re-used, or recycled.”