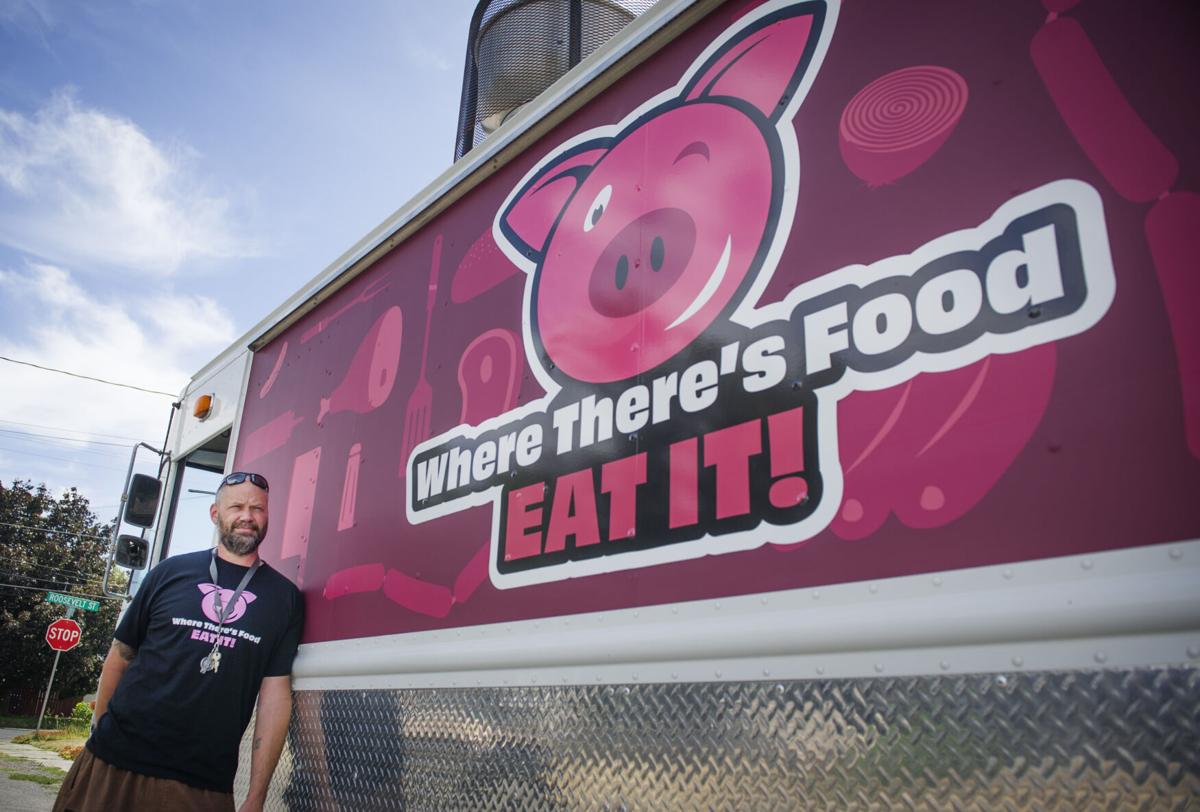 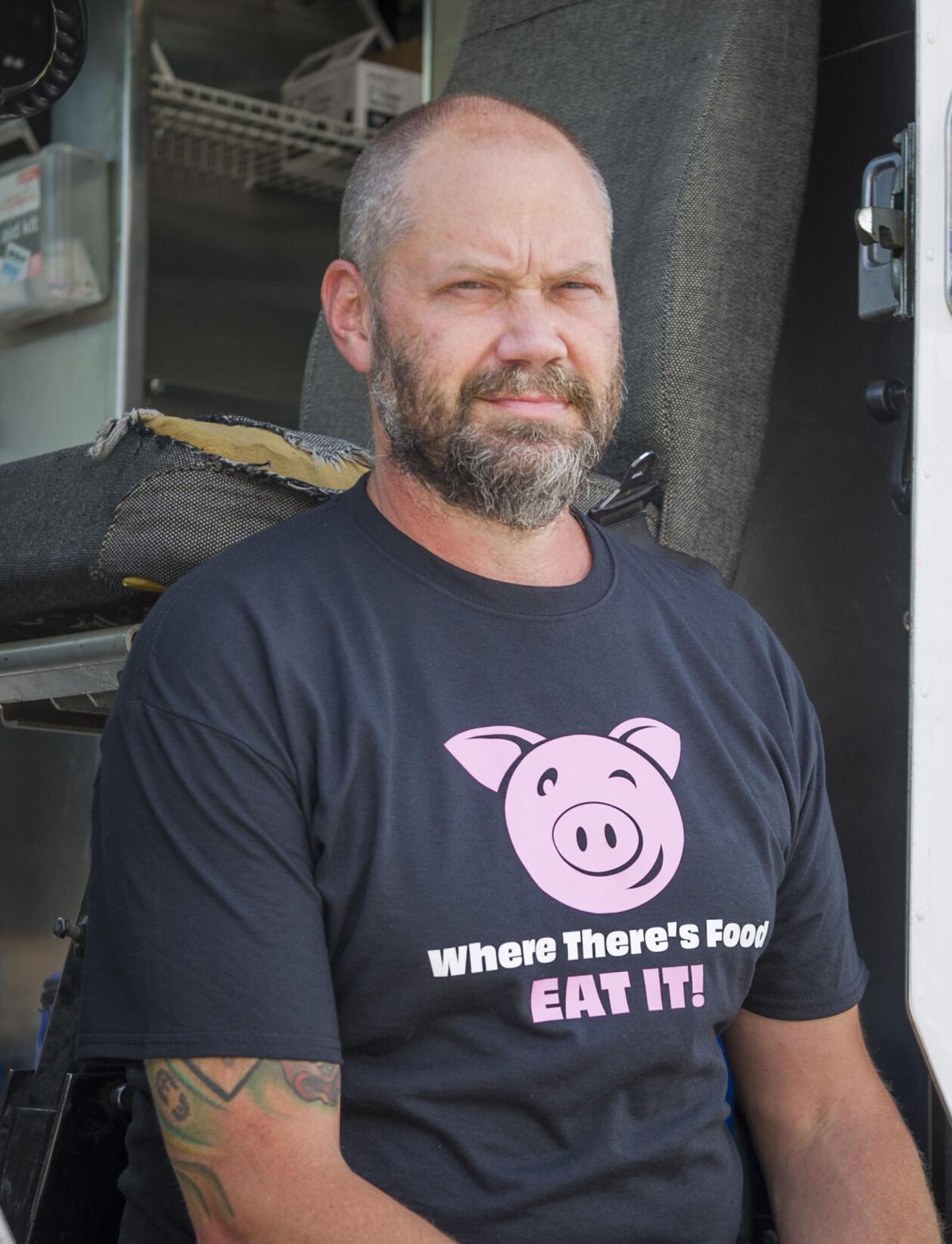 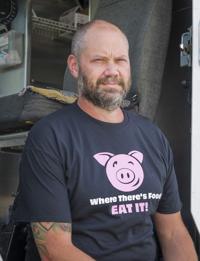 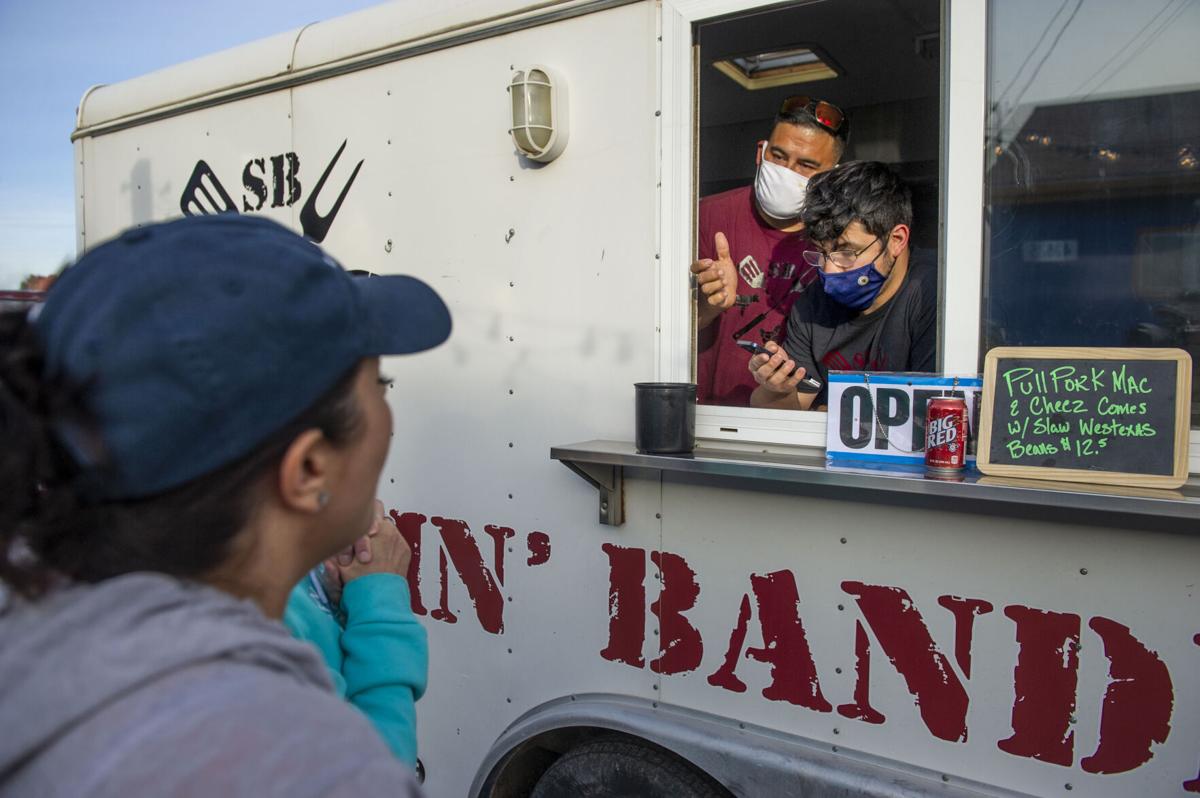 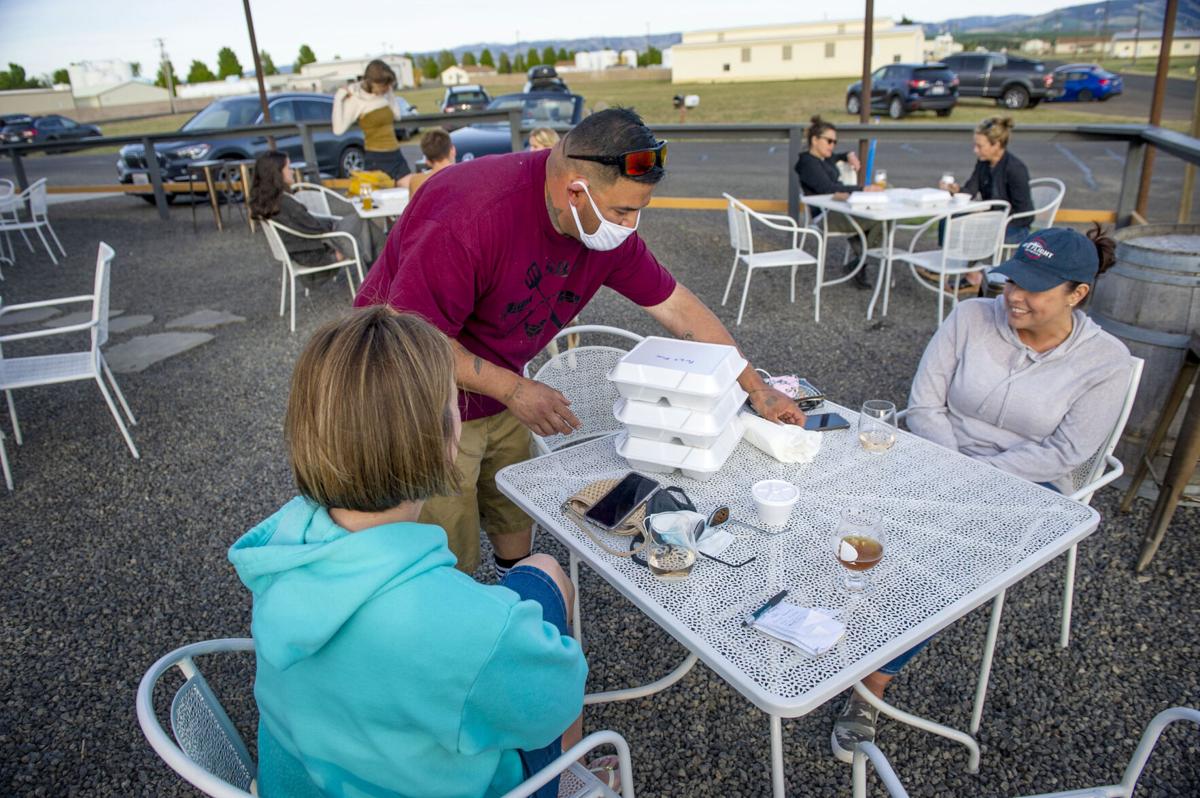 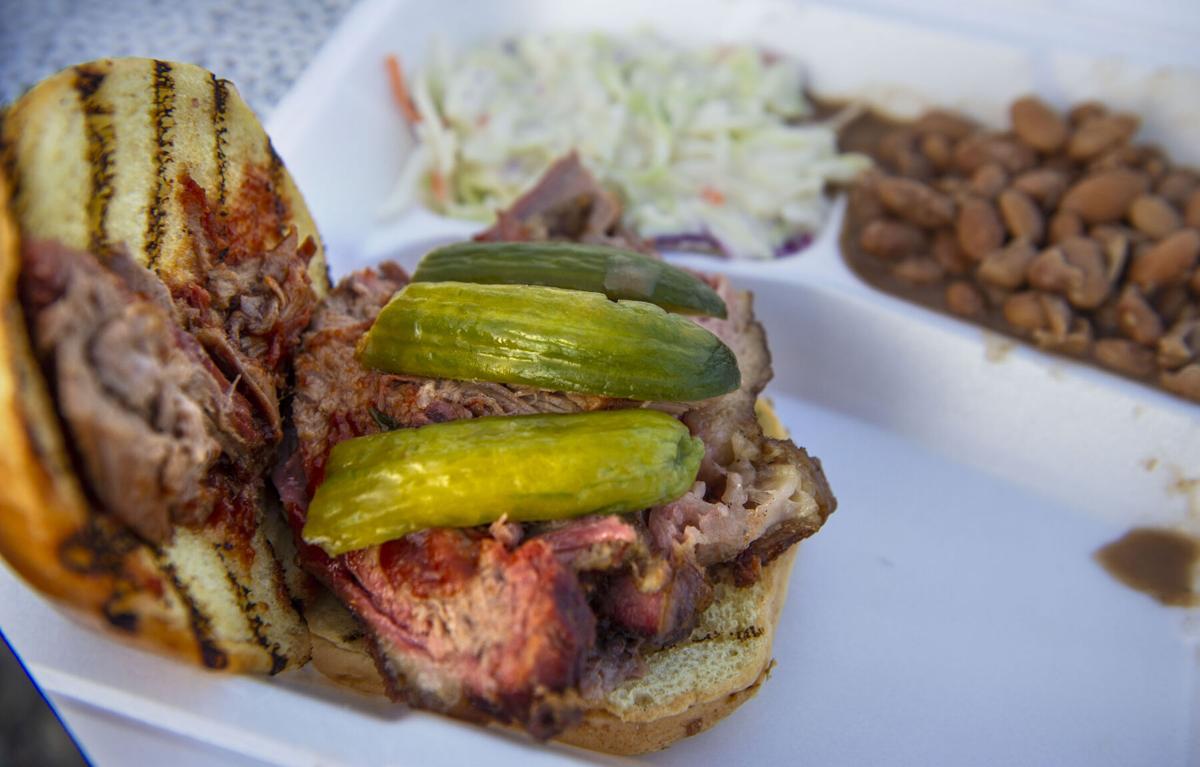 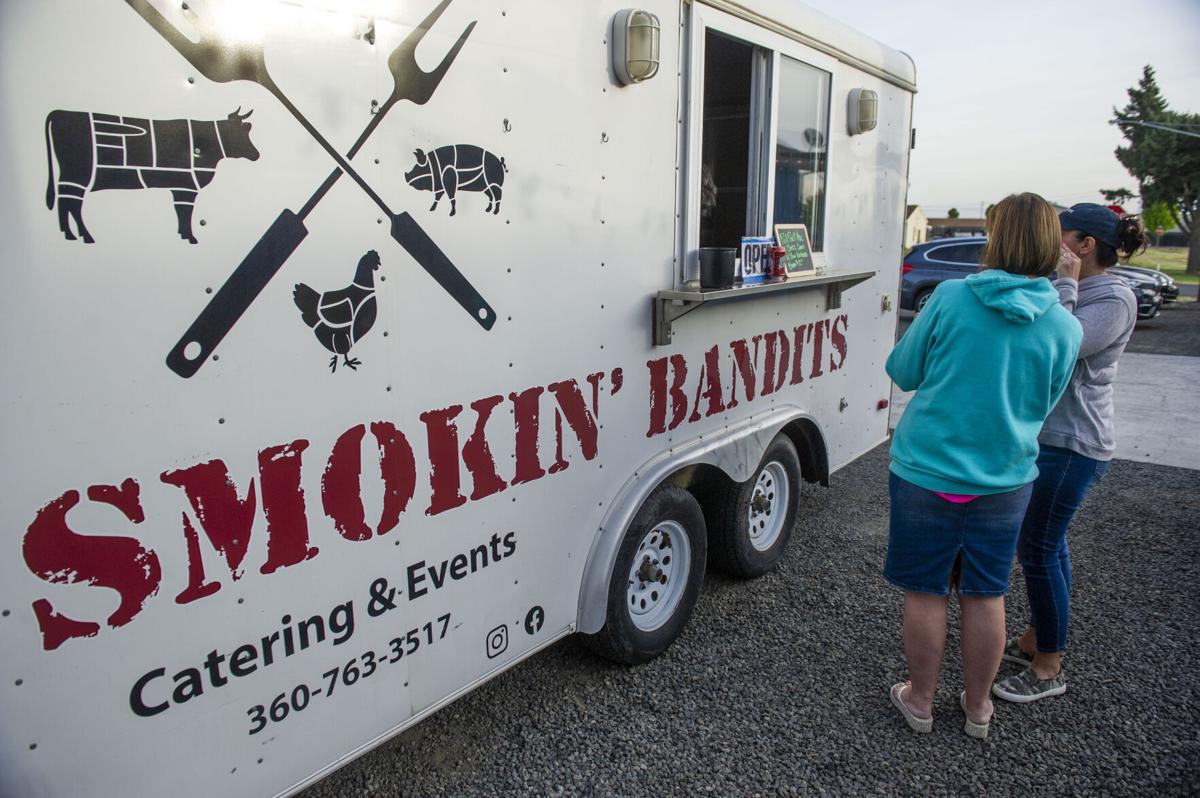 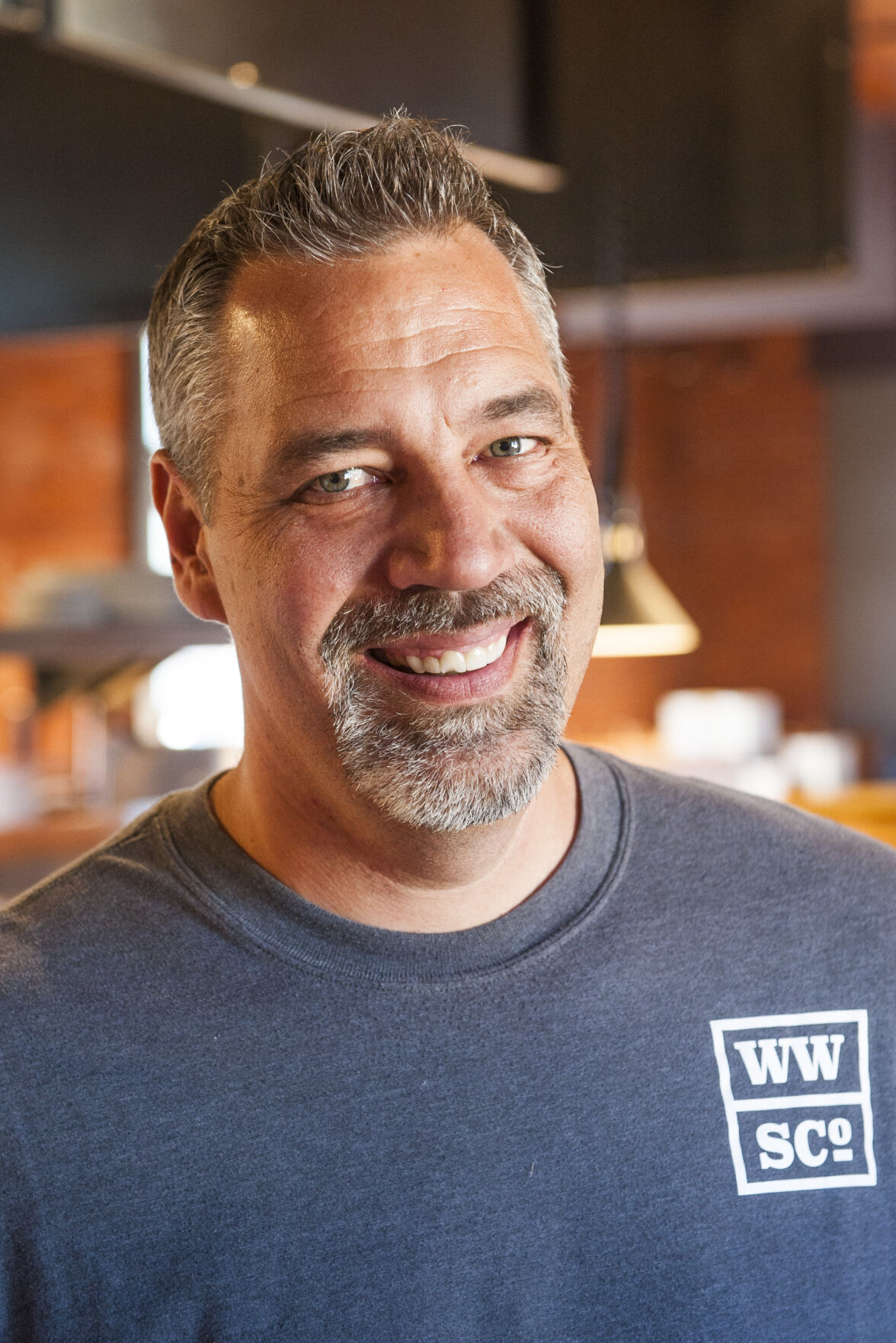 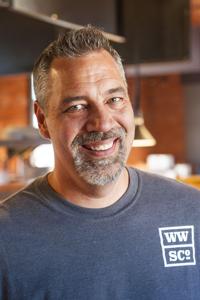 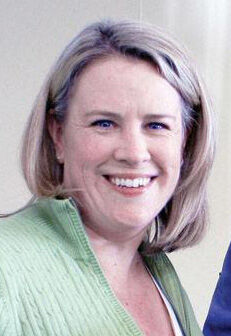 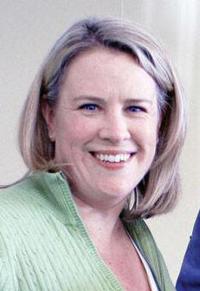 Food trucks are having a sweet moment, despite sour circumstances.

As the COVID-19 pandemic began sweeping around the globe last year and brushing everything with the color of crisis, the food service industry took its share of the hit and then some.

In the Walla Walla Valley, restaurants had to initially cease in-house dining. More than a year later, those businesses still endure the uncertainty of fluctuating virus case rates and what those can mean for dining capacity.

Roll in the food trucks, with adventuresome menus and no indoor seating whatsoever.

In Walla Walla and surrounding communities, offerings can range from Texas barbecue to breakfast pizza to red chicken pozole. And much, much more.

Today’s version of food trucks, at least in the Pacific Northwest, can largely be tied to the story of Skillet, the first non-ethnic food truck to appear on Seattle’s burgeoning

Skillet was launched in 2007 and quickly earned credit for being an early pioneer of the food truck scene, according to the Eater Seattle publication.

It was before the tech boom really boomed in downtown Seattle, and Skillet brought comfort food like burgers, waffles and pork belly to the streets, the Vox Media publication said.

The movement that began there bled out into other communities, including Walla Walla, noted Dan Thiessen, managing partner of Walla Walla Steak Co., Crossbuck Brewing and Basel Cellars.

As a food fan, Maycumber said he approves of the movement.

“I like all food; I think Walla Walla has some great food.”

While getting all the licensing and certification in place takes a big lift, his department is getting a lot of inquiries about what it takes to operate a mobile food business here, he said. That makes him suspect more such eateries are on the way.

Thiessen is happy to see it. Before coming to Walla Walla to serve as executive director of the Wine Country Culinary Institute at Walla Walla Community College, the chef spent more than a decade immersed in Seattle’s culinary scene.

Food trucks with nouveaux menus there came after the mobile trucks at worksites with microwaved burgers and plastic-wrapped sandwiches — and the ubiquitous taco trucks that peppered the streets in large and little cities everywhere, he said.

In Thiessen’s experience, food trucks bloomed into popularity for many reasons, including that buying a mobile kitchen was financially a lower threshold for aspiring restaurateurs.

The movement changed the mindset of foodies, who began appreciating the “what” over the “where,” he said.

“Then the evolution of tasting rooms and events drove the need for food trucks.”

Whip a pandemic into the mix — indoor dining initially closed and then opened under restrictions — and every part of that got sped up.

“If you would have thought of curbside delivery of food, you would think Applebees or Olive Garden. Now it is everything in between,” the chef said.

Food trucks can offer a freshly prepared meal to go in a way that brick-and-mortar establishments cannot, he said.

“Who wants a $60 steak in a brown box? COVID has changed the consumer in a fashion that honestly does benefit us as an industry.”

But food truck owners are doing plenty of gambling, too. The cards can be stacked against success any given day, be it weather that’s too hot, too wet or too cold. A slow location is hard to overcome, and an unpopular menu item requires time to replace.

Or there might, just maybe, be a virus that shuts down events where mobile food is in demand such as weddings, class reunions or Walla Walla’s highly popular Food Truck Night.

Jennifer Marshall, co-owner of Burwood Brewery, knows this more than most people.

Food vendors flocking together started here in the parking lot of the original location of downtown restaurant Bacon & Eggs. Open during summer months, the concept gained traction in the community.

Marshall took on the increasingly popular event about five years years ago, and it continued to grow on the grounds of the brewery located near Walla Walla Regional Airport.

The night, which traditionally happens on the first Monday of each month from April through October, has become a “huge beast” to coordinate and organize, she said.

Partly that’s because the special night has drawn nearly 20 vendors at a time and up to 2,000 diners. And mostly because a lot goes into Food Truck Night that’s invisible to customers, such as cleanup and marketing chores, she said.

Even so, it was with great disappointment that Marshall and food vendors had to call the 2020 season after the opening kept getting postponed due to outside gathering limits.

Now Walla Walla County is in Phase 3 of the state’s “Healthy Washington — Roadmap to Recovery” program. In Burwood’s case, with its outdoor space, that means up to 400 people outside or a ticketed event.

Neither of those sound fun to Marshall.

Marshall said she remains hopeful something will break loose in the pandemic restrictions that allows for a 2021 event at the brewery.

“But no one even knows what Phase 4 looks like.”

For now, she and other business owners are happy to have individual food vendors at their establishments, many on a rotating schedule.

“Business has been great for food trucks during this pandemic, and you’re still supporting local. These people live here,” Marshall said.

“Most of the owners are buying local, too, the best they can.”

Into the pandemic pot

Daniel Juaraz jumped into the historical moment in late March, opening Smokin’ Bandits West Texas barbecue in honor of his home state and his culinary interests.

The Juaraz family landed in Walla Walla from Olympia, where Daniel had a restaurant and food truck operation. He took the executive chef position at Waterbrook Winery, then moved to Walla Walla Steak Co.

There he better learned the business end of feeding people and eventually felt confident in firing up his dream to bring Southern hospitality and barbecue, one plate at a time.

It “took a minute,” Daniel Juarez said with a laugh that comes often.

He went all in on his own, without investors and loans, just a savings account and an excitement to share menu items such as The Brisket Sando and West Texas Baby Back Ribs.

“I’ve been taught by the best.”

As a newbie on the food truck scene here, Juarez said he can’t compare his business now with “the before times.” But the customers are coming and then coming back — he hears a lot of exuberant compliments coming back through the truck window, he said.

Those folks help fuel the other part of Juarez’s plan – teaching his five children the value of running a business, the joy of feeding people and staying flexible in uncontrollable circumstances.

Nathan and Jacki Carlson were also new to the food truck route when they turned the key on their Where There’s Food Eat It venture last summer.

The two weren’t sure what to expect when they introduced specialties such as The Winking Pig pulled pork sandwich, smoked potato salad, black truffle macaroni and cheese, pork belly and brisket.

The No. 1 bestseller is their smashburger, Nathan Carlson said.

The meaty offering has double meat patties, cheese, pickle, lettuce and “Nay Sauce,” a classic saucy topping changed up with spicy brown mustard and bearing his nickname among family and friends.

The truck, too, bears a tongue-in-cheek nickname — “WTF Eat It”— and the business built up a loyal clientele over the winter.

People have been willing to show up wherever the truck is parked, keeping track of locations and daily specials on the Facebook page or website, Nathan Carlson said.

“I’m always trying something new, enticing people, to bring them in.”

The couple knows the value of their food and price it accordingly.

“I get up around 6 a.m., get out in the truck, and I start working. I start the barbecue at night when I get home. I have my meats smoking overnight. I’m prepping, getting enough food together for a busy weekend,” Nathan Carlson said.

So far there’s no push back on menu prices, he said.

“People are really happy. And I give big portions.”

The Carlsons use a hand-held pager system, allowing people to wait in their cars for both physical distancing and inclement weather.

Now, with warmer weather and reduced restrictions at this moment, “people are going a little wild,” he said.

“I think people think the food should be super cheap, but buying the truck is up to $80,000. You have to use a commissary kitchen, so you are paying by the hour to rent that. And they still have to have insurance and a business license.”

While some might still be thinking back to the low-cost fare historically seen at taco and pasta trucks, those foods still take time to create, she said.

Mostly, however, this community has opened itself to the the grand experiment of mobile cuisine, Marshall and others said.

At The FINCH downtown hotel, where various food trucks are parked one at a time all week, Amanda Gilbert gets to “people watch” outside the window from her front desk perch.

About half the hotel’s guests take advantage of the al fresco options, but there is no shortage of local fans, the supervisor said.

“Each truck has their own following, and everybody seems to be really excited ... It does get pretty busy, and there are a lot of people. That’s a nice sight to see.”

Jay Entrikin, chief instructor of the school’s Wine Country Culinary Institute, said the program’s food truck has gone this year from being tied to custom catering to becoming a learning vehicle for real-world experience.

While the loss of events due to COVID-19 shut down the school’s catering opportunities, the pandemic has opened an avenue for students.

With no fair in 2020, last summer’s instruction included manning the food truck in a parking lot along Isaacs Avenue and working at the WWCC’s College Cellars wine tasting events, face to face with customers.

That’s good, he pointed out.

“Food trucks are starting to get very popular, and more are coming on the scene.”

To fully prepare food service students to work in high-end kitchens down to the often-spare quarters of a food truck helps the school push out well-rounded graduates, Entrikin said.

He’s careful to stay competitive with private vendors, and to make sure it’s about education and not profit, he noted, but in the end, it’s the creativity students come up with that’s the frosting on the cake.

The changing menu can include the ever-popular smashburgers and unusual takes, like the Buddha Bowls, brimming with healthy, flavorful ingredients — green garbanzo beans, asparagus, pickled red onions among them.

Customers are eager to try the bowls and other new tastes, the instructor said.

Entrikin said he sees a longevity for food trucks, well beyond the pandemic.