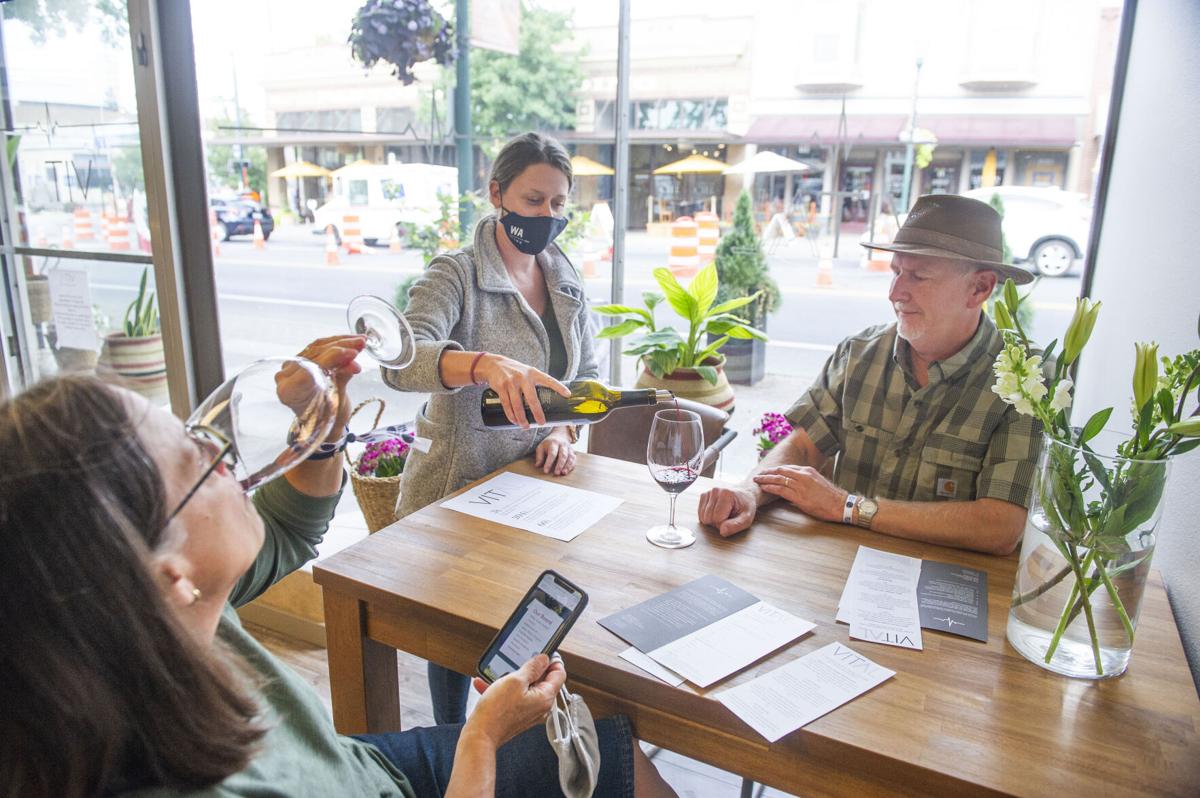 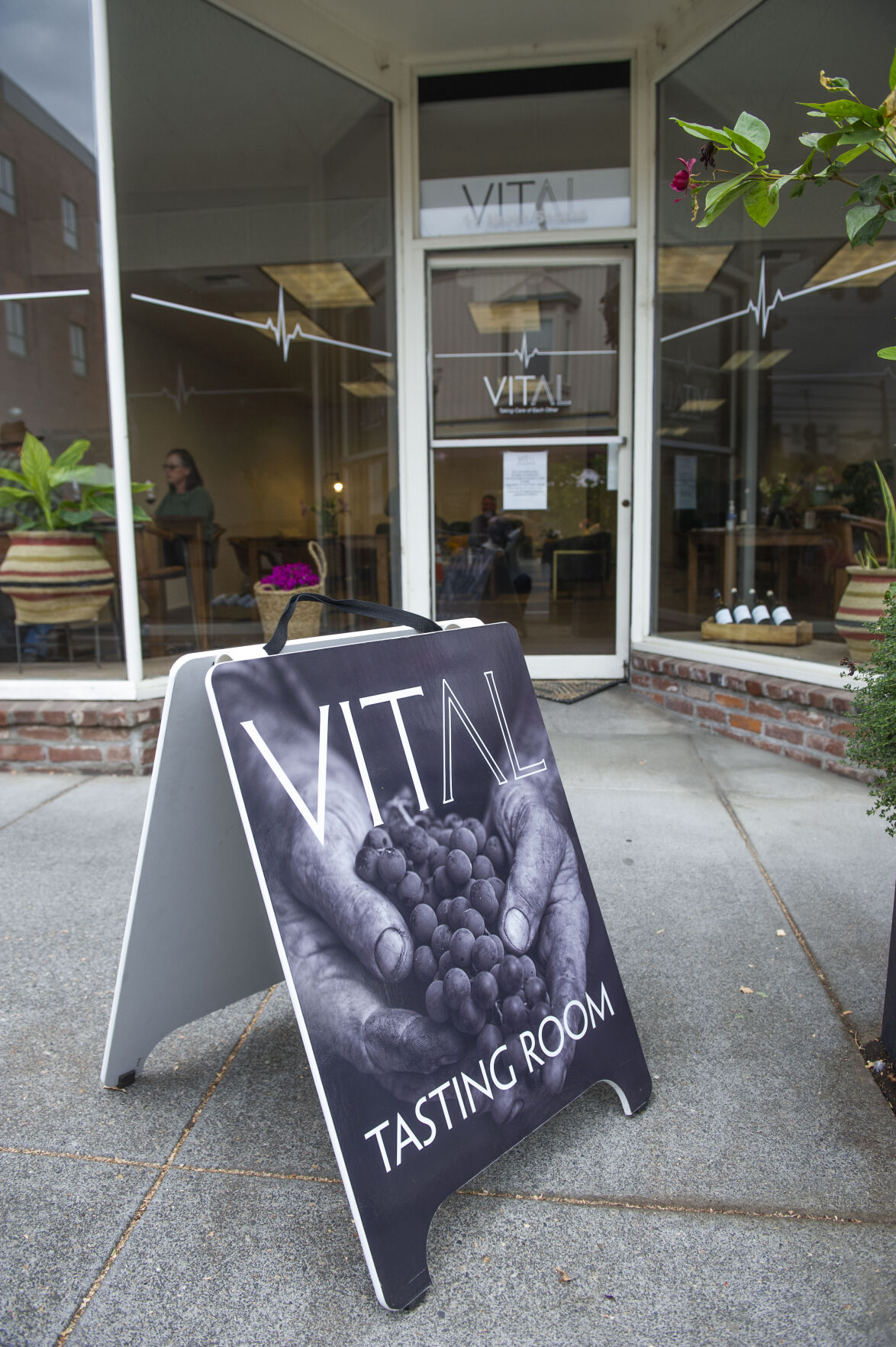 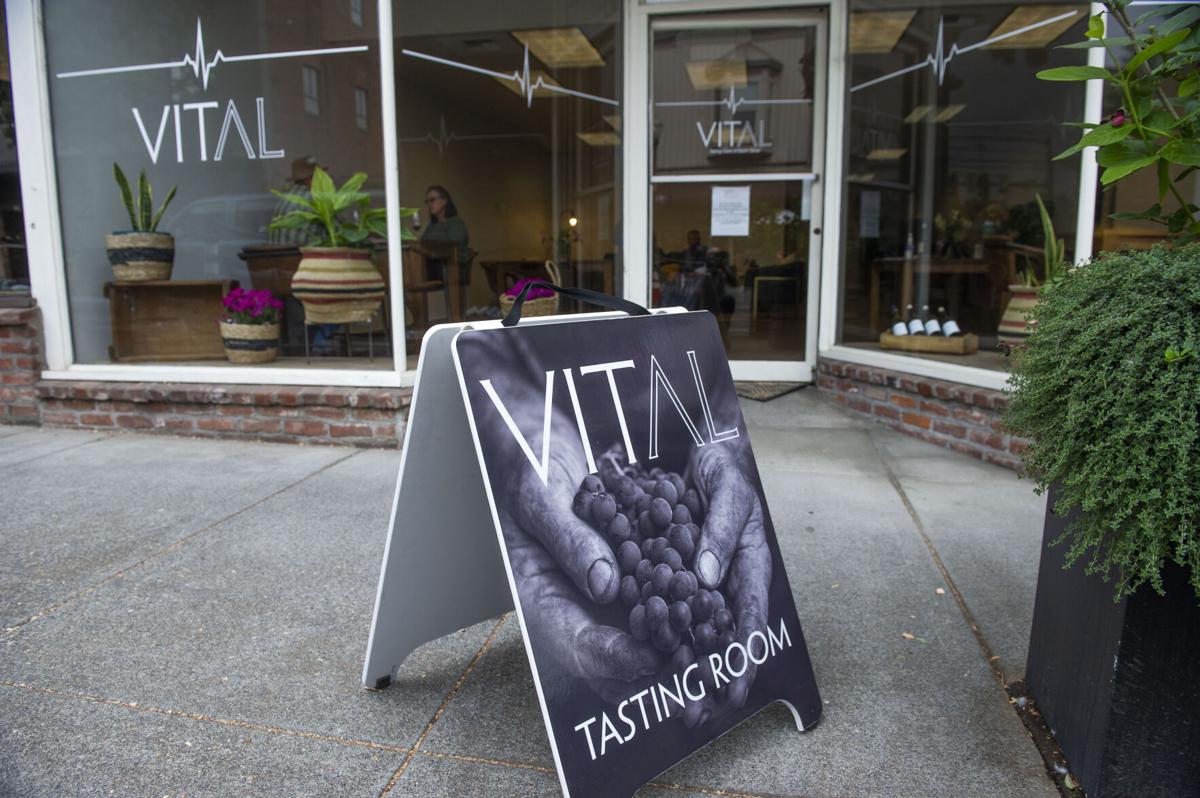 All proceeds at Vital, which has been selling its wine to raise money for the cause since 2016, are donated to SOS Health Services in College Place. It makes healthcare possible at no cost for those, including local vineyard and cellar workers, who can’t afford or aren’t offered adequate insurance plans.

Before the new Vital tasting room, which opened July 9, purchasing of its wines the last six years had been limited to a club mailing list, a few local retail outlets or its sister winery, Brook & Bull, on Lyday Lane.

There remains a variety of ways to support Vital’s mission, from purchasing its wine and joining its club to contributing time or making donations. The tasting just offers a more direct approach.

“People are figuring out that we’re here downtown, instead as part of the Brook & Bull tasting room,” said Maddie Richards, who was recently brought on as the executive director at Vital. “We’re getting some traffic, and (sales) are picking up, which is great.”

Ashley Trout, who is the head winemaker at Vital, started it with a clear grasp of the challenges constantly facing SOS. Having served on its board of directors, she knew operating expenses absorbed a lot of its funding. And that left little to promote its services to those who need them.

She was also well aware of the healthcare quandary facing much of the labor force.

“I worked in the wine industry for eight years without health insurance,” Trout said as she launched Vital in 2016. “That is normal. When you look at winery and vineyard work, it’s physical and seasonal. So you can’t really blame employers for not doing a better job of providing health care for their workers.”

Vital and SOS together try to serve as a bridge.

Little has changed for Vital the last 18 months; if anything, the COVID-19 has only amplified the mission.

“A Day at Home” was an initiative launched by Vital in April 2020, giving vineyard employees a chance to get tested without concern of daily wages.

Meanwhile, accolades have come flowing in — and not just from around the Walla Walla Valley.

The Seattle Times, Sip Magazine, Wine Industry Advisor and several other publications have highlighted the Vital effort over the years. And the 2017 Academy Awards included a pre-banquet gathering at the Millennium Biltmore Hotel in Los Angeles with organizers having selected Vital to be poured.

A year later, the magazine Wine Enthusiast honored Trout on its Top 40 Under 40 Tastemakers. The list features “trailblazers who are shaping the future of wine, spirits, beer and cider in America.”

Vital has been raising as much money as it can with support from much of the Walla Walla Valley wine community. Everything in the wine-making process from grapes to bottles, labels, corks, marketing and shipping is provided by a long list of partnering vineyards and suppliers at no cost.

And the Vital working staff is comprised entirely of volunteers (with the exception of Richards as executive director).

Several other local businesses have been in desperate search of employees who would be paid, but Vital has had no such problem.

“I have a nice list of people who are so generous with their time, which is amazing,” Richards said. “A lot of places are having trouble finding people for paid jobs, so we’re super lucky.”