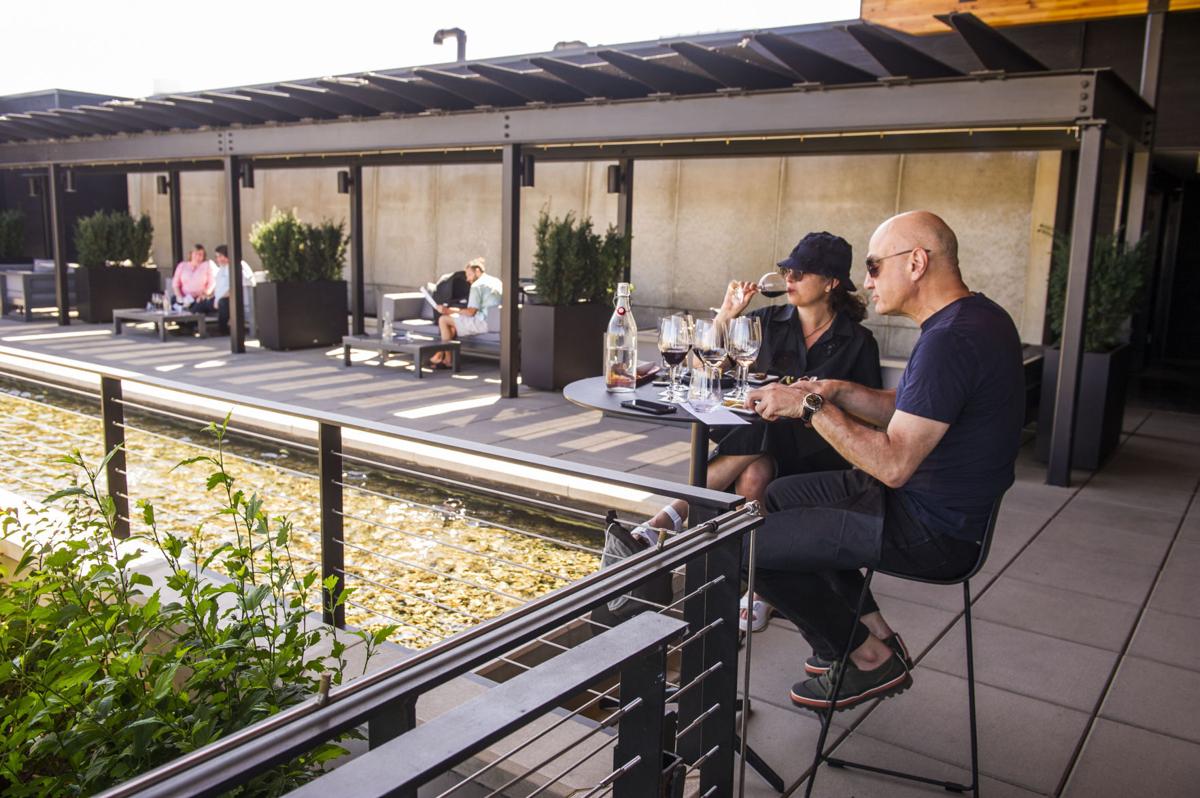 Elif Arkan and her husband Caglayan Arkan enjoy food and wine tasting on the deck at Valdemar Estates on a recent afternoon. The Arkans are originally from Turkey, but currently live in Seattle. 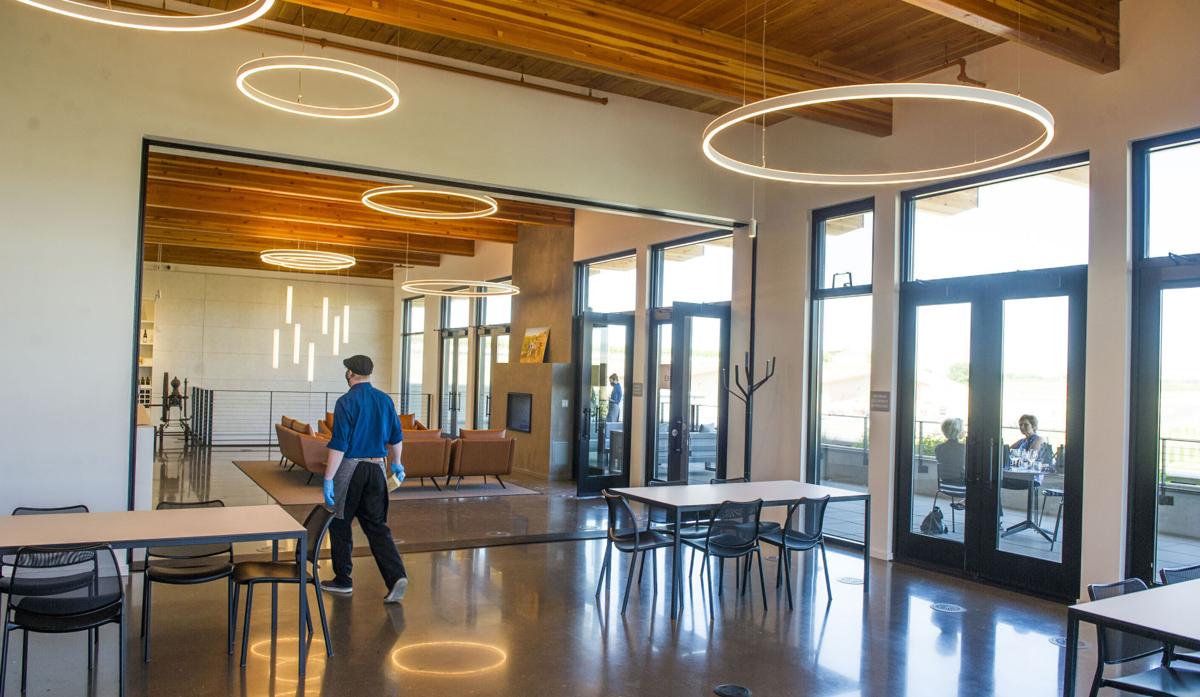 Elif Arkan and her husband Caglayan Arkan enjoy food and wine tasting on the deck at Valdemar Estates on a recent afternoon. The Arkans are originally from Turkey, but currently live in Seattle.

A little more than a year ago, Bodegas Valdemar made history with its first expansion into the U.S. from Spain, as well as the opening of Walla Walla’s first non-American winery, Valdemar Estates. Now it expands as one of a relatively small number of wineries across the country with a full-service restaurant as a companion to its tasting room.

The winery, which opened April 2019, originally offered guests a limited selection of tapas, but after receiving feedback, operators decided to expand the food options.

Bodega Valdemar CEO Jesús Martínez Bujanda said the transition began in winter when the southside winery began offering a few more items. Since the Phase 2 reopening of the Safe Start plan, a full dining menu has been introduced.

“Last year, the food was more tapas-based and featured smaller plates, but this year we’ve introduced more options and bigger plates so people can have a fuller dining experience,” he said.

Hours of operation have also expanded — 11 a.m.-9 p.m. — in order to accommodate diners.

Established in 1889 in Northern Spain by the Bujanda family, Bodega Valdemar has been at the forefront of cutting edge technology in the wine industry for over a century. As the fifth generation to take over the family business, Jesús Bujanda continued the legacy of trailblazing when he moved to Walla Walla full-time in 2018 and developed Valdemar Estates.

Although Bujanda was hesitant at first at the prospect of juggling a winery and restaurant, he said it has been an excellent addition. With the oversight of Valdemar General Manager Kaleigh Vrapi and her own background in food and wine the transition has been a smooth one.

“Tapas was a hole that needed to be filled. There wasn’t really anyone doing authentic, traditional Spanish tapas here,” Vrapi said. “We bring most of our products from Spain, and then all of our produce is local, but all of the meats and cheeses and oils and fish are from Spain. Jesús has really good relationships with purveyors directly from Spain, so we’re able to do that at a price point that allows us to be price-friendly for people.”

Vrapi created the menu with approval of every item cleared by Bujanda to ensure that it is authentically Spanish. Combinations of cured Spanish meats, cheeses, fresh demi-baguettes, and local produce are all featured heavily on the menu.

Bujanda aimed for a simple, casual approach to food that would be accessible to tourists, as well as locals.

Moving forward, Valdemar will be focusing heavily on food and wine pairing, and tapas complement this experience since they are meant to be shared and ordered progressively.

Despite the financial risk of adding a full menu during a global pandemic, Bujanda said the change has been a more fiscally sensible route than a tasting room alone for the operation.

“Last year, from April through December, we saw about 30,000 people in this winery. It was great, but we realized that that concept is not the most profitable or the most efficient, so now we are focusing on less people but with a more curated experience, both in the service and in the food, and I think it’s working so well,” he said. “People enjoy their time here more, they’re more relaxed, they have more time, and I think we get more loyalty from clients and more connection to the brand.”

Other wineries on the southside benefit, too, from having full dining in the neighborhood. Before the expansion, there weren’t many options on for those tasting wine to get food, leading to a trek back into town. Now, people can spend a full day exploring wineries in that area and sit down for a meal.

Vrapi said with ample space the 50% capacity restriction of Phase 2 hasn’t been as difficult there.

“We have the luxury of a lot of space; even with half capacity we can serve 70 people at once, and most tasting rooms are not built that way,” she said.

She predicts more wineries will follow in Valdemar’s footsteps in the next few years.

“Currently we’re just one of a handful of wineries in the U.S. that has a full functioning restaurant along with a tasting room,” Vrapi said. “I think it can be a pretty difficult concept to balance between the two, because restaurants are a lot of work and so are tasting rooms, so having both isn’t a natural move for tasting rooms a lot of the time.

“But people are moving in that direction regardless. People want an experience; they don’t just want to come taste a few things, buy and go out the door. They really want to come and have something they can take home with them, so we’re trying to get ahead of the curve and be able to provide that.”