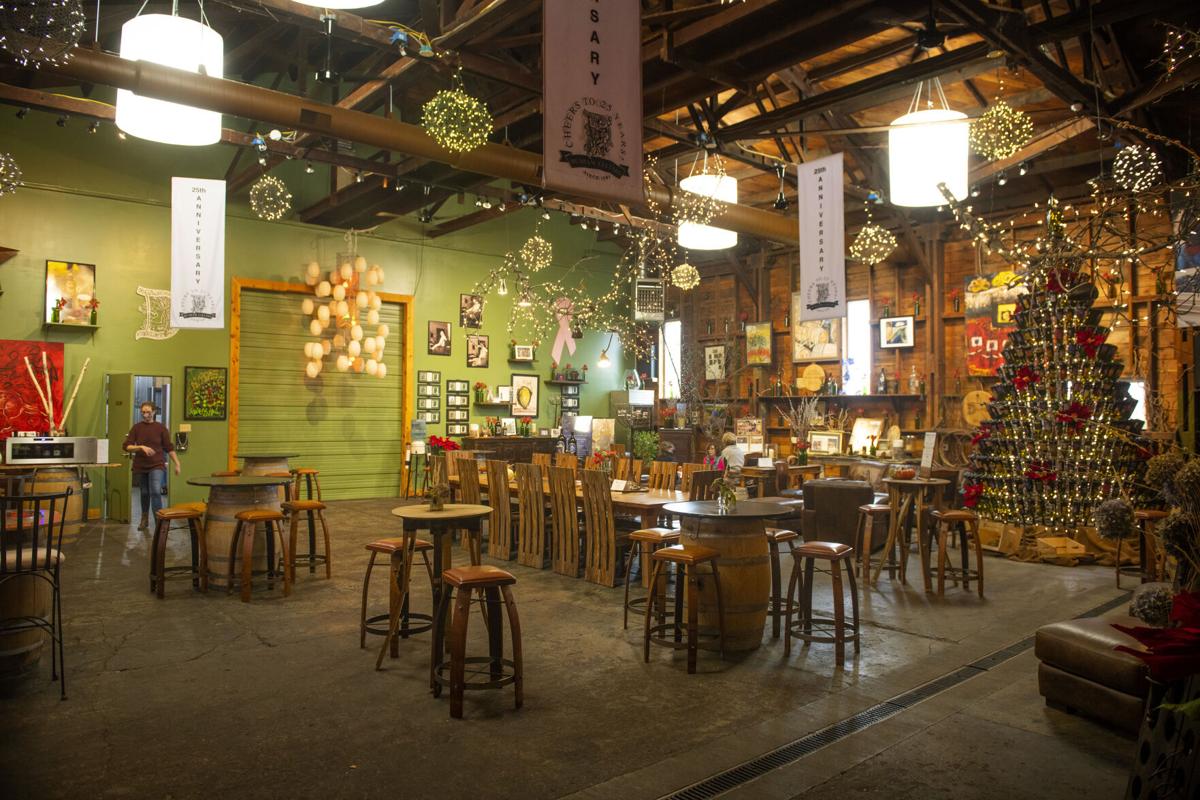 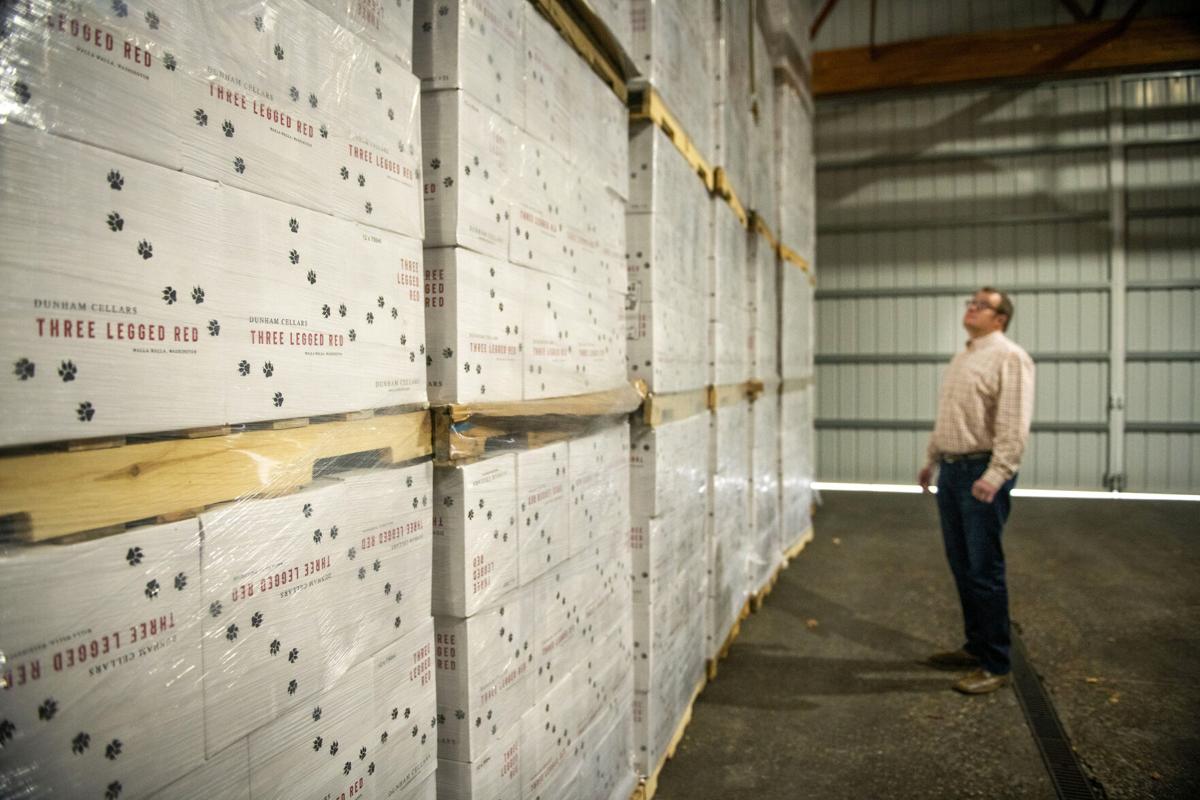 John Blair surveys pallets of bottles that finally arrived this past Monday at Dunham Cellars on Thursday, Nov. 18, 2021. 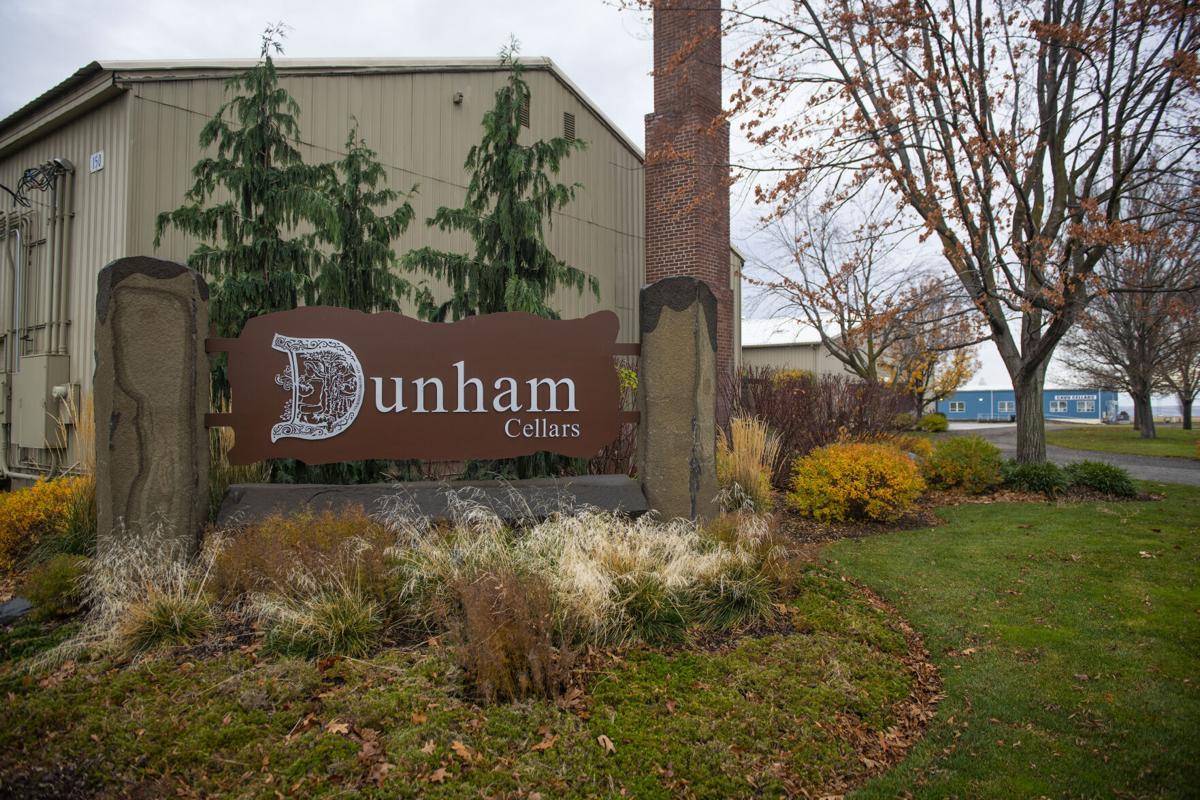 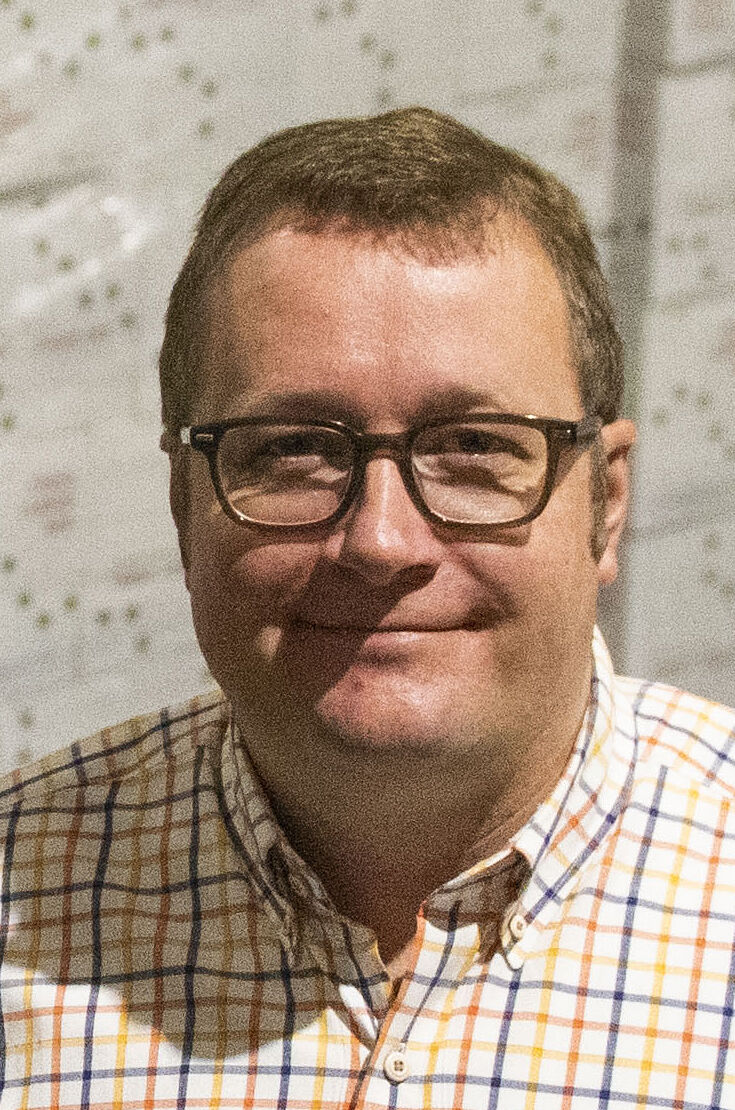 John Blair surveys pallets of bottles that finally arrived this past Monday at Dunham Cellars on Thursday, Nov. 18, 2021.

A lot of the latest vintage being made at Walla Walla Valley wineries this year might still be sitting in tanks or had been delayed for several weeks due to widespread supply shortages that have hit the wine industry everywhere.

The lack of glass, barrels, cork and most everything else during the COVID-19 pandemic has slowed bottling, packaging and shipping.

“There’s all kinds of supply chain issues,” said John Blair, the general manager at Dunham Cellars, on East Boeing Avenue. “The biggest issue for us has been glass. We were able to get glass for some of our wines, but not all of them, on time.”

“They kept delaying it, delaying it, delaying the glass until eventually they were like the glass will not be here until October or November, which creates a big issue for us — not only because we’re not getting it done in our normal schedule, but because it leaves the wine still in our cellar, which creates space constraints for our new vintage,” Blair said. “Normally you’re clearing out all that wine out of the cellar, getting it bottled and moving it off site. Well, now that we can’t bottle it before harvest, it’s still sitting in barrels and tanks in the cellar. And we haven’t made room for the new vintage.

“That was a big logistical nightmare, this harvest for us.”

The waits extend beyond winemaking.

“In the tasting room, I have had extended wait times on customized paper bags for wine bottles and reusable tote bags,” said Lisa Anderson, general manager of Foundry Vineyards on Abadie Street. “What might have typically been a three to four weeks lead time is now taking three to four months.”

Not only are items scarce, but wineries must also contend with unpredictable deliveries.

“As everyone knows, there’s huge delays at the ports,” Blair said. “We got big problems getting our barrels on time this year. We have several barrel vendors that had barrels sitting on ships outside of ports. Barrels that we would normally be filling during the harvest showed up anywhere from a couple weeks late to a few months late.”

College Cellars of Walla Walla, the winery at Walla Walla Community College, has seen its share of delays and supply shortages.

Special glass was ordered from France at the end of May to be etched in British Columbia for a fortified wine made by College Cellars, but they are still waiting.

“It was meant to arrive, I believe, in mid-October,” said Sabrina Lueck, the interim director of winemaking for the Institute of Enology and Viticulture at WWCC. “It just keeps getting delayed, delayed and delayed. Every month we get an update that it’s basically delayed.

“It’s caused us to push back that bottling pretty much indefinitely.”

Barrels, or the lack thereof, have been another problem at College Cellars.

“We’re not the only ones, but we had some high-end 225-liter French oak barrels that we had hoped to use on our Chardonnay,” Lueck said. “They didn’t arrive in time, so we fermented the wines in neutral oak from a previous vintage. Now, after that, we’re going to put the wine in one of those new barrels because they arrived last week. But things that should have arrived in August arrived in November.”

But the WWCC students move forward with what they have.

“What I’ve done as a coping mechanism is if it’s not in front of me, it doesn’t exist,” Lueck said. “There’s no security anymore.”

Bobby Richards, head winemaker at Seven Hills Winery on North Third Avenue, referred to the dilemma as “a perfect storm.”

Fear has spurred wineries to “over-purchase because they think they’ll run out,” Richards said.

But the limited number of delivery drivers has kept things, like barrels, in warehouses.

“We’ve started ordering about 1-2 months earlier from our suppliers to provide them enough leeway to meet our deadlines,” Richards said. “We also bottle in advance of our release date to allow the wine some bottle aging so it is ready for the customer to drink upon release.”

Naturally, supply shortages have driven up expenses in winemaking.

“Pricing has certainly gone up across the board on all products, all the inputs that go into our packaging, whether it’s glass or corks or screw caps or foil (the tin foil that goes on the tops of bottles),” Blair said. “They’ve all gone up in price.”

Customers might at least have a little breathing room before they feel much of an impact.

“Not yet,” Blair said. “We’ll likely see price increases coming in 2022, 2023, when the wine that’s getting bottled now gets released. And that’s for a lot of wine industry.”

The students working at College Cellars face another predicament with their academics.

“Those items I mentioned that are delayed are impactful because sometimes our students don’t get to experience them because they are delayed,” Lueck said. “Our students work a full vintage in our cellar right now, so not having certain barrels changes what we were doing.”

Business at College Cellars is also feeling the pinch.

“We were hoping to bottle that wine a couple weeks ago so that we would have a large amount of it ready for the holiday season,” Lueck said. “It’s sweet wine. It’s really great around Christmas or Hannukah or whenever.

“But we’re finding that we had the equivalent of 13 cases of glass, where we were wanting to have more like 50 or 60.”

Supply shortages are expected to continue for a while longer.

“We’re not out of the wood yet, and that’s the problem,” Blair said. “I think all the issues we’ve had this year we will continue to have supply chain issues next year. Most of the forecasts I’m seeing don’t predict sort of a settling down of these supply chain issues until 2023 so trying to be as proactive as possible on ordering is key right now to get the product on time.”

However, local wineries are prepared to adjust as need be.

“We make it work because we have to,” Blair said. “We don’t have a choice unfortunately. But we’ve got a great team here that’s already been flexible because of COVID. It had us mentally prepared with how to deal with some of these challenges. It’s just one more thing we’ve got to deal with now. Here’s another curveball thrown out way.

“We’re fortunate to have a great team here. Not to say it wasn’t stressful and hard on people. It was, but we’ve found ways to get through it so I’m proud of our team.”

“We now source glass domestically and have luckily avoided issues with glass delay,” Richards said. “We work with Gallo on a rolling bottling schedule, which helps us stay ahead of the curve.

“We’re lucky to work with and have access to a local Walla Walla-based trucking company, Turning Point Transportation, that is able to shuttle for us and move things along more quickly.”

The strategies of Seven Hills have been shared by other wineries in the Crimson Wine Group.

Nicolas Quillé, who is the portfolio operator for Seven Hills, stated they try to stay prepared for anything.

“We have worked hard as a company in the past three years to consolidate and simplify our supply chain by on-shoring a large majority of it,” Quillé said. “One cost we have noticed significantly increasing is with dry goods, including here at Seven Hills Winery. As a team, we are currently working with our suppliers to mitigate these pressures by collaborating with local companies where possible.

“For the time being, we’re continuing on our path of having short supply chains, maintaining our relationships with suppliers and building more buffer stock.”