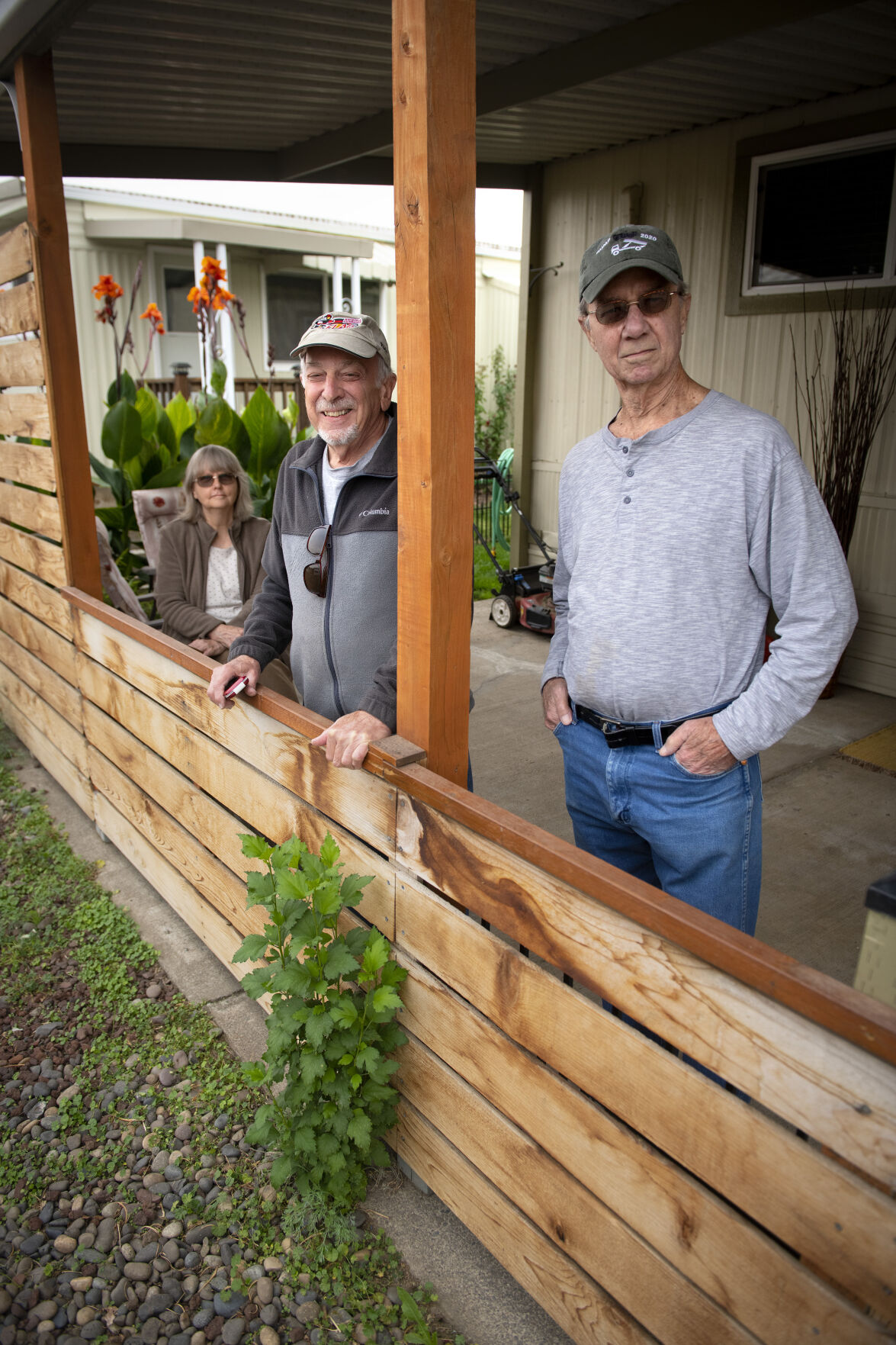 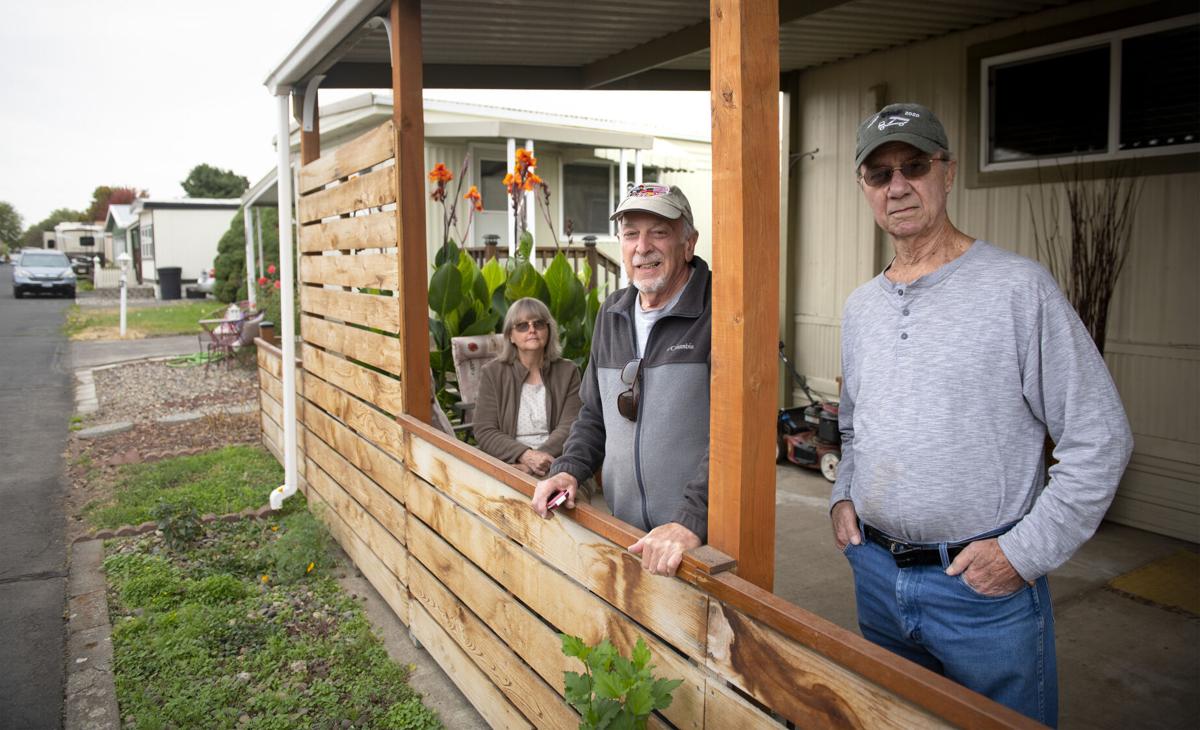 An almost immediate 10% increase in rental fees at the Rancho Villa Manufactured Housing Community came with the recent announcement of new property ownership, and together those have raised concerns among several of the 55-and-older residents who worry they might eventually be priced out of their homes.

Rancho Villa, a quiet neighborhood of about 240 homes here off Dalles Military Road, was sold July 29 to First Commercial Properties, based in Bothell, Wash., for $16.1 million.

Richard Aurili, a Rancho Villa tenant the last three years, said he only learned of the purchase through a notice that was distributed to residents after the sale had been finalized. And later visiting the Rancho Villa web site to try and learn more, he saw new monthly rental fees listed at $320. That’s up $30 from his current rate.

Aurili expects to see the increase when his annual lease must be renewed.

“These leases do terminate,” he explained, discussing the matter last week with a handful of other Rancho Villa residents sharing his concerns. “Certainly, if they are advertising lot rates at $320, you have to assume that we will all be paying at least $320. That’s still low, but the prior owner had indicated to us that there would be no rental increase in 2021. Period. That was his commitment, but he’s no longer in that position.”

As of this week, Rancho Villa’s web site no longer lists rental fees. You’re now asked to call for pricing.

Neither the Rancho Villa office or First Commercial Properties would reply to repeated calls, emails and messages.

Aurili suspects fees might continue escalating until they reach a point that would force many of the current residents to relocate.

“If you start compounding that 10% increase over 5-6 years, you’re in real trouble because Social Security the past three years has given us almost no increase,” he said. “The demographic here is senior citizens largely with limited incomes. If it comes to a point where they can’t afford it here, where do they go?”

In the meantime, Aurili and neighbors want to make the public more conscious of a possible threat facing them.

A manufactured home community south of Colorado Springs, Colo., was reported earlier this week by The Denver Post to have practically doubled its rental fees through the series of increases over three years since it had been purchased by one of the largest such housing companies in the state.

Rancho Villa, an integral part of Walla Walla since its start in 1964, is now one of 20 communities around the northwest owned by First Commercial Properties.

“We’re not sure what’s going to happen,” Aurili said.

The announcement of new ownership came as a surprise to Aurili and each of the residents he spoke with last week, and that has also upset them.

They cited a state law, RCW 59.20.300, which states “the notice of sale must include a statement that the landlord intends to sell the manufactured/mobile home community.”

They were not made aware of an intent to sell, they all said.

Development is another possibility that scares Aurili.

The door is open for Rancho Villa to be replaced by an apartment complex or another residential structure, he believes, because city staff have stated that mobile home parks here in Walla Walla are not under a specific zone.

Parks have been sold and redeveloped into townhouses and apartments across the country, with the Washington State Department of Commerce reporting seven closures last year.

The future of Rancho Villa is up to First Commercial Properties.

“They seem to hold all the cards, and that’s what we’re concerned about,” Aurili said. “They may be the nicest people in the world, and nothing will happen. But I don’t think that’s going to happen. I don’t think they’re going to have concern for the senior citizens here who are all on limited income.”