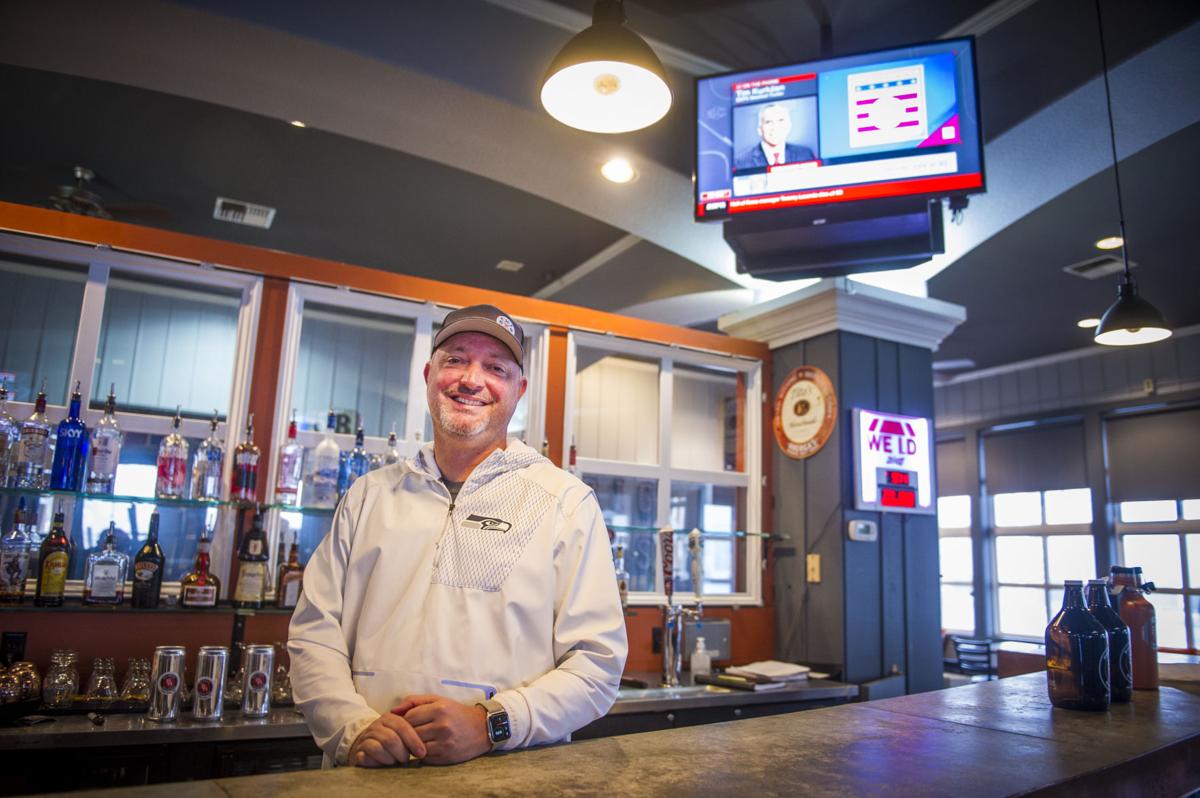 Jason Hutchinson at Big House Brew Pub. The bar and eatery is among many in the Walla Walla area missing big paydays during the NFL playoffs this year amid prohibitions against serving customers indoors during ongoing COVID-19 pandemic. 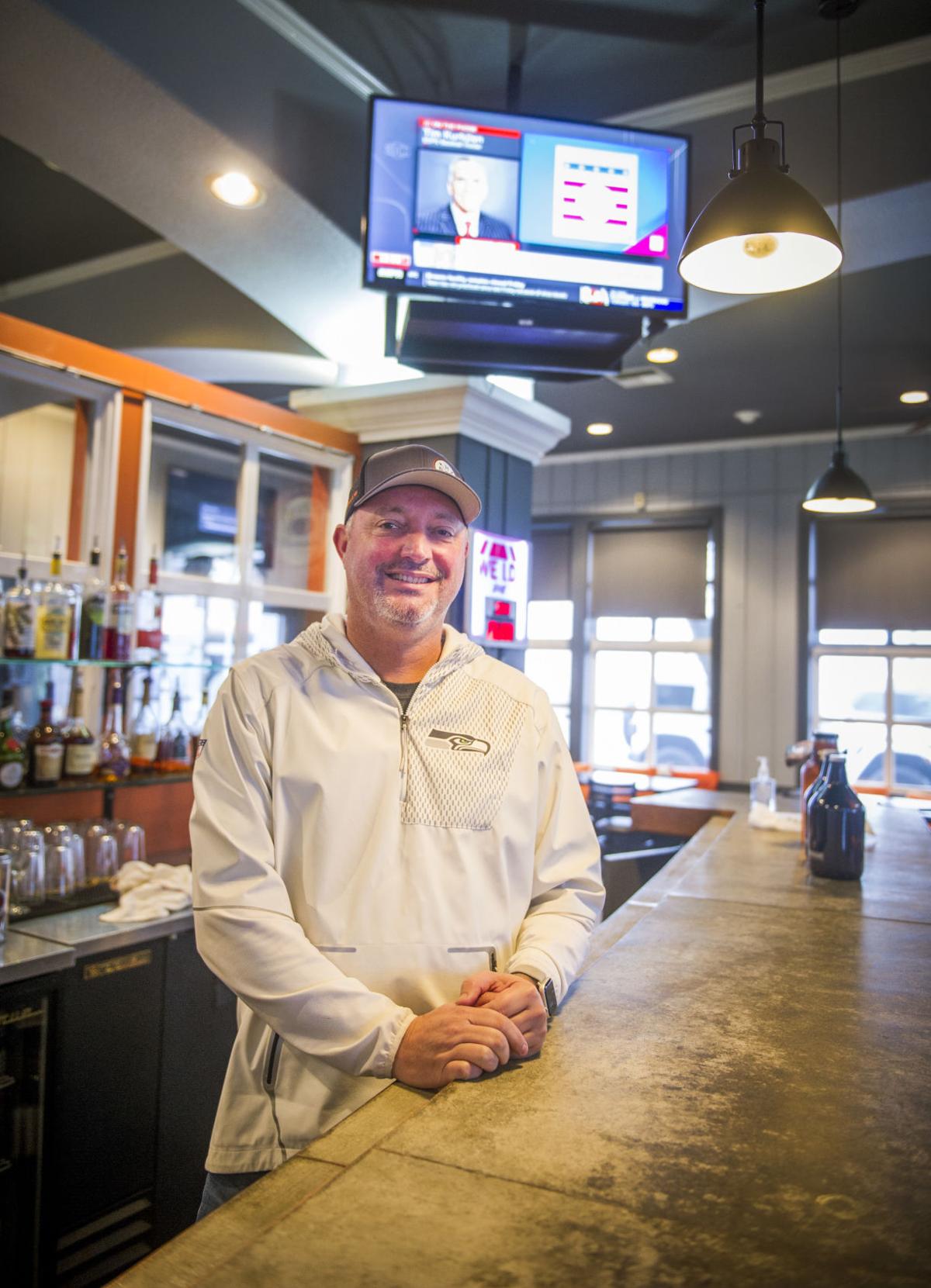 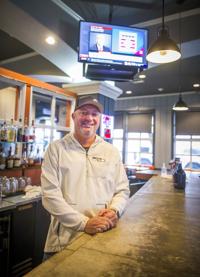 Jason Hutchinson at Big House Brew Pub. The bar and eatery is among many in the Walla Walla area missing big paydays during the NFL playoffs this year amid prohibitions against serving customers indoors during the ongoing COVID-19 pandemic.

Jason Hutchinson at Big House Brew Pub. The bar and eatery is among many in the Walla Walla area missing big paydays during the NFL playoffs this year amid prohibitions against serving customers indoors during ongoing COVID-19 pandemic.

Jason Hutchinson at Big House Brew Pub. The bar and eatery is among many in the Walla Walla area missing big paydays during the NFL playoffs this year amid prohibitions against serving customers indoors during the ongoing COVID-19 pandemic.

The NFL playoffs are underway, but bars and restaurants around the Walla Walla Valley remain nearly empty when ordinarily they’d be packed with hungry, thirsty, energetic fans.

Guests haven’t been permitted inside a bar since Gov. Jay Inslee began ordering a series of shutdowns in mid-November to combat an increased spread of COVID-19.

As a result, places like Big House Brew Pub on South Palouse Street, Wingman Birdz & Brewz across the street, Stone Hut Bar & Grill off Ninth Avenue, Kelly’s Restaurant Lounge in Milton-Freewater, and others are missing out on what has annually been a very profitable time of year.

“I can tell you because I know the numbers like the back of my hand, with primetime games, we’d be up 30-40 percent in revenue,” Big House owner Jason Hutchinson said. “The playoffs? We’d pretty much be full all day, Saturday and Sunday.”

A lot of sports fans love to watch the action at a place that provides at least one good TV along with food, drinks, comfort and companionship. This time of year especially, when the weather is inconsistent but usually lousy, sports bars see good revenue.

Past receipts have proven it.

But sports bars have never been full amid a nearly yearlong pandemic.

Before the interior of bars and restaurants across the state were ruled off limits in mid-November, they could only seat half their respective building capacity.

“Any Sunday in the football season is going to be good for our bars, so this is a big hit,” Downtown Walla Walla executive director Kathryn Witherington said.

Hutchinson says Seahawks, Raiders and Rams fans have packed the Big House on gameday in previous years, but really, Seattle’s team has long been the main draw, and for good reason.

This season has been another great one, despite the pandemic, with the Seahawks having finished the regular season as NFC West division champs.

Now is when local sports bars could really cash in, as they have the past two decades, offering a warm and inviting atmosphere during the inclement winter.

“It’s disheartening, that’s for sure, but really it’s par for the course this year,’ Hutschinson said.

Stone Hut on Thursday reopened its outdoor patio, with heaters to be installed the following week. The space has room for about 24 customers, Irland estimated, and the tables are stationed a safe distance from each other with planters serving as partitions.

More importantly perhaps, the patio has a TV for those lucky 24.

Big House has opened its outdoor patio on occasion, including New Year’s Eve, but for the most part the place has remained closed.

Nevertheless, Hutchinson is far from weeping over lost revenue at this point.

“I’m looking at the bigger picture,” he said. “Having lived on the West side and been a Seahawks season ticket holder, I don’t think about our situation as much as I think about the bar owners on the West side. This is a totally forgotten season for those guys. I can’t feel selfish. They lost their livelihoods over there.”

A lot of businesses here are on the brink of similar devastation, however, so the Downtown Walla Walla Foundation not long ago started using a familiar Seahawks tune in appealing for local support.

The foundation’s ongoing 12th Man (or Woman) promotion intends to strike a chord among Seahawks fans, recognized by the team for decades as the 12th player supporting the 11 on the field.

The foundation says every $12 any person spends at a locally owned Walla Walla business through Feb. 7 will enable them to enter a weekly raffle.

Simply send a picture of the receipt — via text, email or mail — to the Downtown Walla Walla Foundation.

Raffles are held every Sunday at 1 p.m. The final grand prize, a signed Seahawks jersey, will be given away in the Feb. 7 drawing.