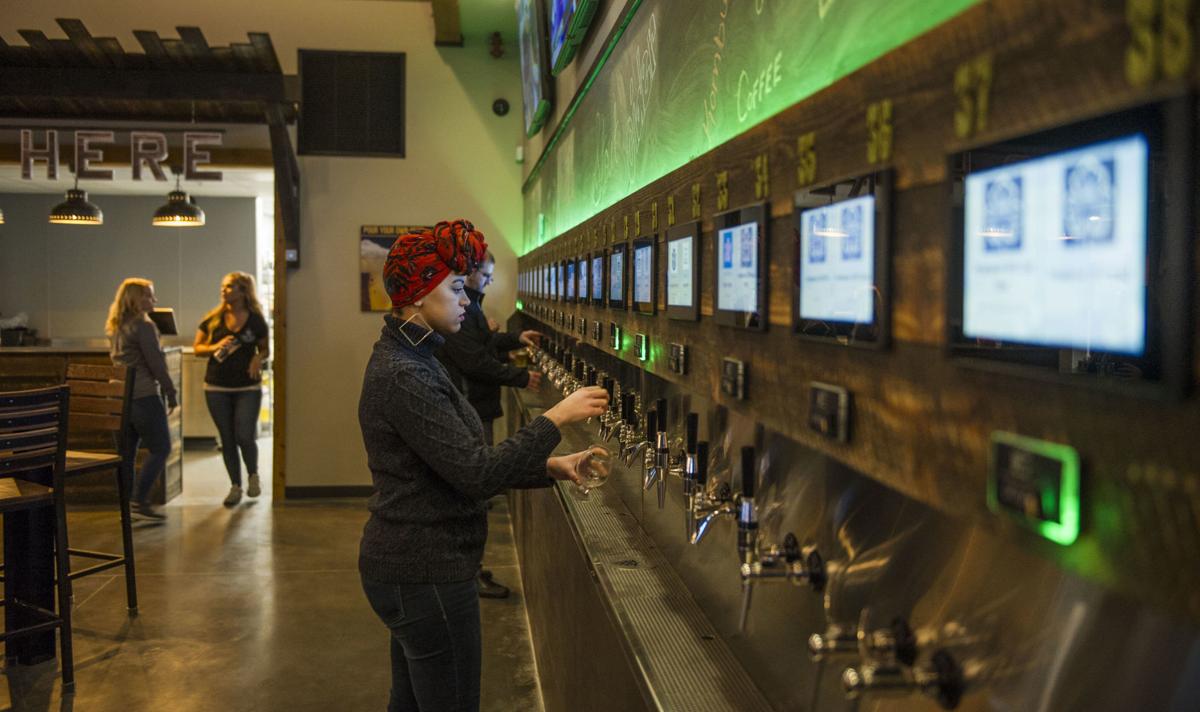 A guest pours at the self-serve wall during a special event for friends and family last week at the Hop Thief Taphouse and Kitchen in College Place. Beer, wine, cider and more is purchased by the ounce.

The lights were on and the parking lot filled for last week’s soft opening of the Hop Thief in College Place. 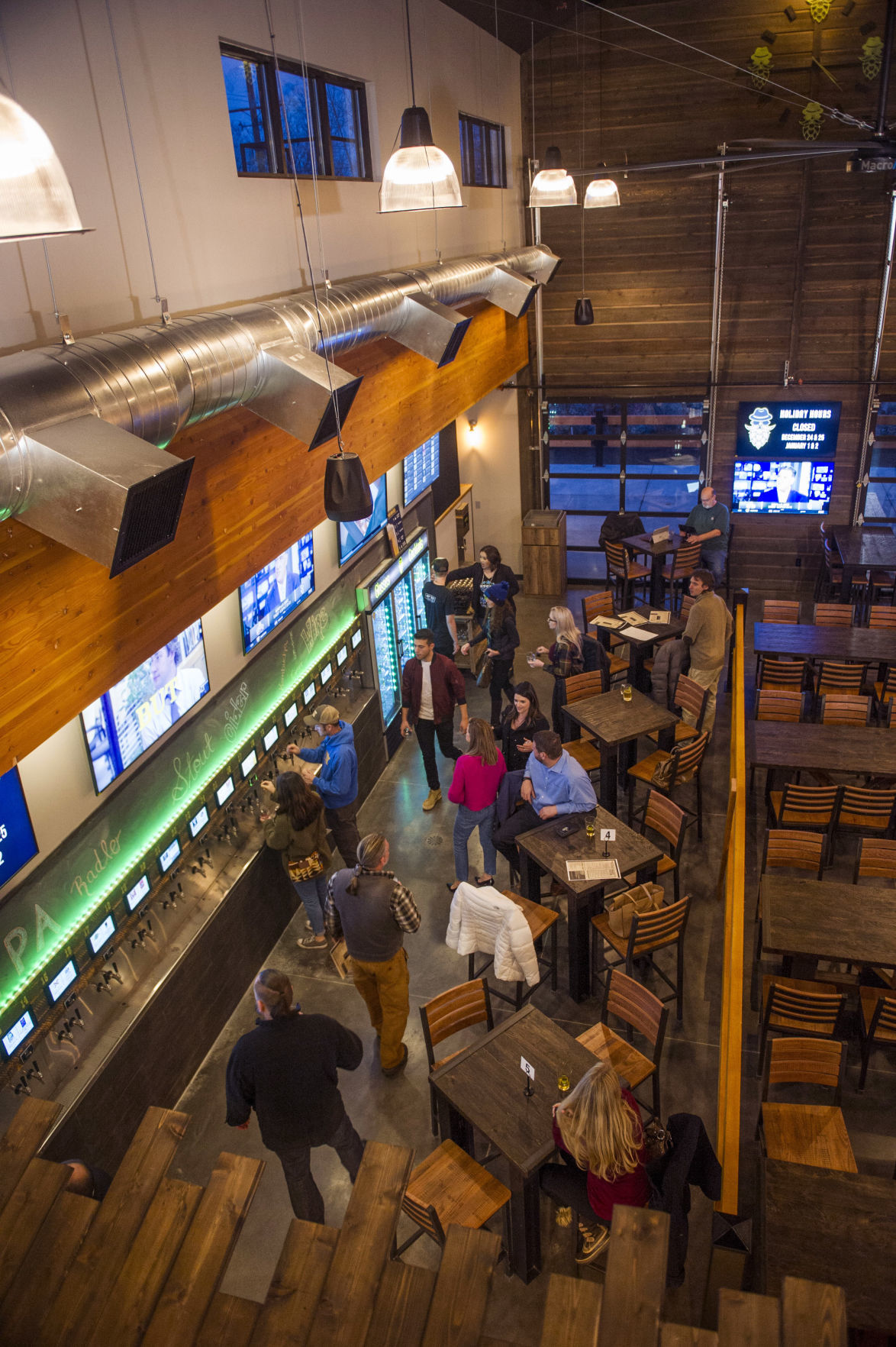 Invited guests look over the self-serve offerings at the Hop Thief in College Place. 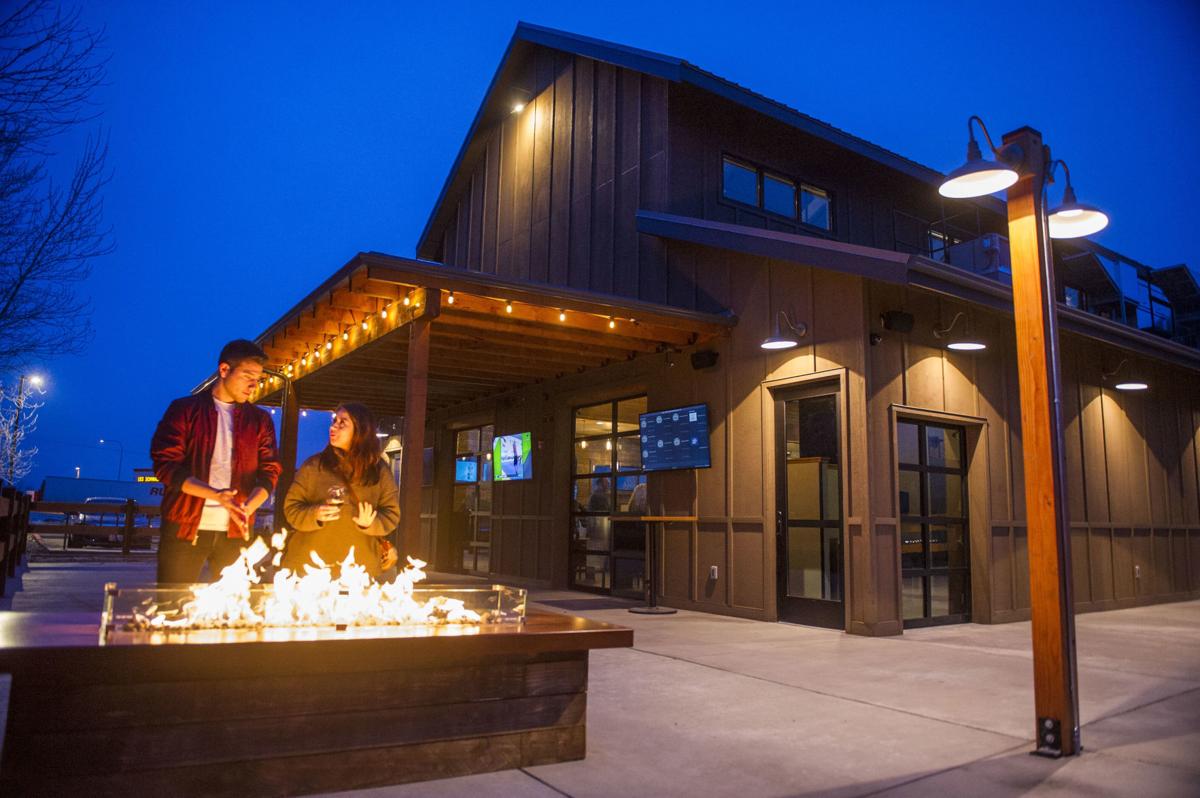 Above: The Hop Thief Taphouse and Kitchen patio seating area features a gas fire pit. Below: Invited guests look over the self-serve offerings at the Hop Thief in College Place.

A guest pours at the self-serve wall during a special event for friends and family last week at the Hop Thief Taphouse and Kitchen in College Place. Beer, wine, cider and more is purchased by the ounce.

The lights were on and the parking lot filled for last week’s soft opening of the Hop Thief in College Place.

Invited guests look over the self-serve offerings at the Hop Thief in College Place.

Above: The Hop Thief Taphouse and Kitchen patio seating area features a gas fire pit. Below: Invited guests look over the self-serve offerings at the Hop Thief in College Place.

COLLEGE PLACE — Hop Thief Taphouse and Kitchen made twice the history in one shot with its opening last week.

The taproom is the first in College Place and just the third self-serve establishment of its kind to open in Washington, bringing the cutting edge concept to the Walla Walla Valley.

The business came in an incredible seven-month time frame from land surveying to soft opening under the lead of Definitive Design and Construction LLC. Ground was broken on the project in May.

The quiet opening on Thursday followed two days of private events with a celebratory soiree for contractors and crews and another for friends and family.

Hop Thief joins the family of bar businesses owned by Juston Watson that includes Stone Hut Bar & Grill and Red Monkey Downtown Lounge. But this one, Watson said, reframes the concept that draws guests for drinks and dining.

So much of the business is computerized that it’s more like a tech company that sells beer and food, he said.

Since the idea involves a do-it-yourself approach for guests, the draw for them will be selection, quality and atmosphere.

In warmer weather, he plans to offer cornhole tournaments outside. He also envisions walking challenges, given the proximity to about 5,000 homes in a 2-mile radius, he said. The business is decked out with 17 screens for catching games and entertainment. Three of those are outside.

At Hop Thief, guests check in, show their IDs and are provided a chipped card that gives them access to the 40-foot wall of taps for craft beer, wine, cider, kombucha and cold brew.

A chalkboard sign overhead shows the areas where taps are dedicated to lagers pilsners, pales, sours, IPAs, radlers, ales, stouts, and the other drinks, including Proletariat wines, Locust Cider, and Nitro coffee from Walla Walla Roastery.

To pour, guests slide their cards into a card reader that allows them to proceed. A refrigerated case provides cold glasses in 10-ounce sizes. Beer pours range in price from about 35 cents to 45 cents per ounce.

If customers want to try something new, they don’t have to fill a whole glass. They can change up their pours, mix, or stick with nonalcoholic drinks, too.

Lest anyone fear that means endless alcohol pours, the system cuts guests off after 28 ounces and requires a member of the Hop Thief team to check in with the guest before the card can be used again. The ounce limitation is less than the equivalent of two pints in a traditional bar.

The concept not only changes up how customers engage in their food and drink experience, it also drastically changes flow.

Without dedicated servers, there are no table assignments, so guests can freely move from table to table or from the 85-seat main floor to the 35-seat upstairs mezzanine, where Golden Tee 2020 and Buck Hunter beckon gamers.

Another 85 or so seats will be available on the patio outside in nice weather. In the meantime, a fireplace there warms outdoor revelers on the edge of the creek that borders the business at Southeast Lamperti Street and Southeast Larch Avenue.

Speaking of not having servers, one anticipated upshot of the self-serve system is that it could mean a reduction in labor costs for a business of its size.

“I hope it does,” Watson said.

Rising labor costs with the the increasing minimum wage, sick leave, and the cost of offering health care and retirement plans to remain competitive in Walla Walla’s hospitality scene are huge investments outside of the capital costs of construction.

Rather than servers, front-of-the-house employees are “hosts” who help guests navigate pouring and ordering at a large walk-up window.

Tips are welcome and split among the staff, including the kitchen where former Marcus Whitman Hotel & Conference Center chef Erik Johnson leads the creation of pizzas, sandwiches and burgers.

With staffing at Hop Thief, employment numbers among Watson’s three establishments hover around 70 to 75 people.

A business model like this is possible after the Washington State Liquor and Cannabis Board adopted permanent rules for self-dispensing wine machines and self-service beer taps short of two years ago.

Watson said the rollout of self-serve establishments has been slow since then, likely because of the massive expense of a retrofit for existing businesses.

Nevertheless, the opportunity to be part of the new one here drew employment applications from all over the region and even outside of the state as excitement for innovation in the Walla Walla Valley continues.

“Whenever something new like this does come, you know it’s going to be unique and usually owner-driven,” he said.