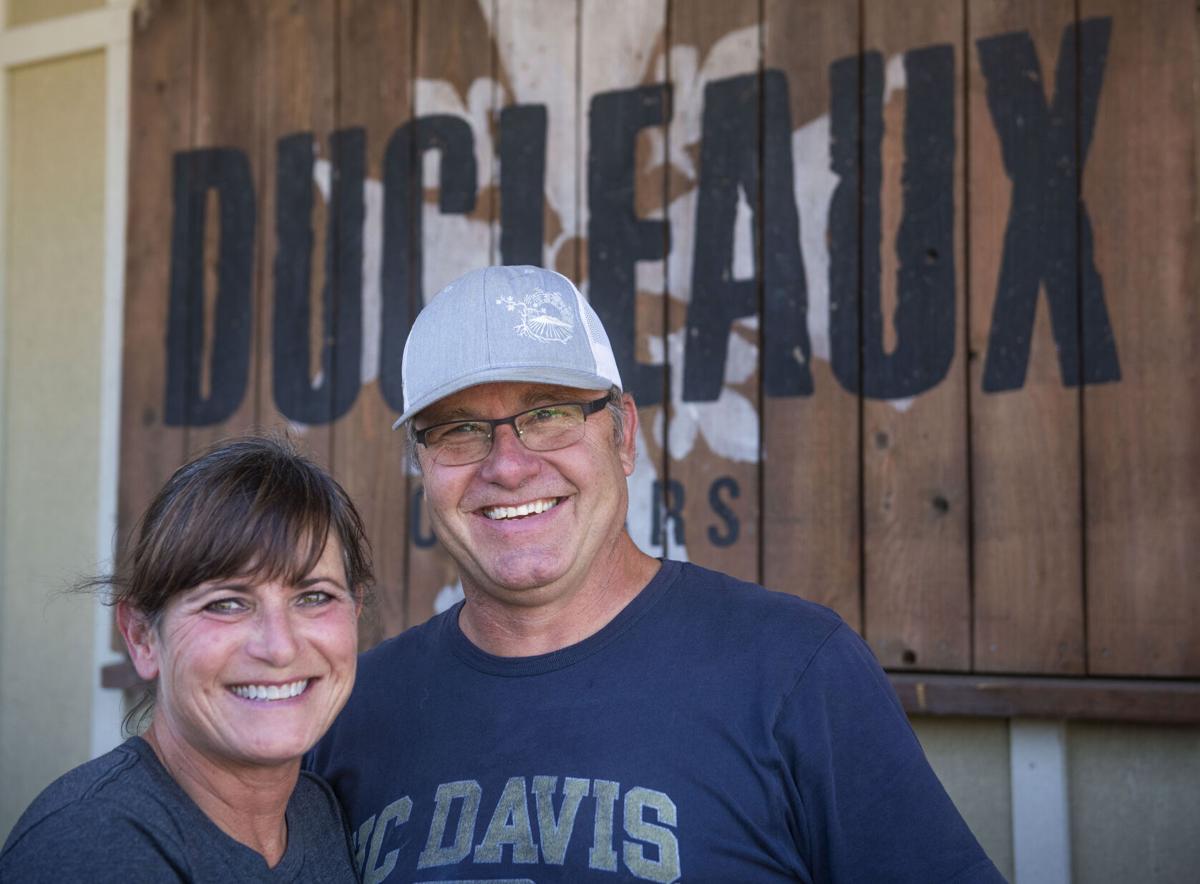 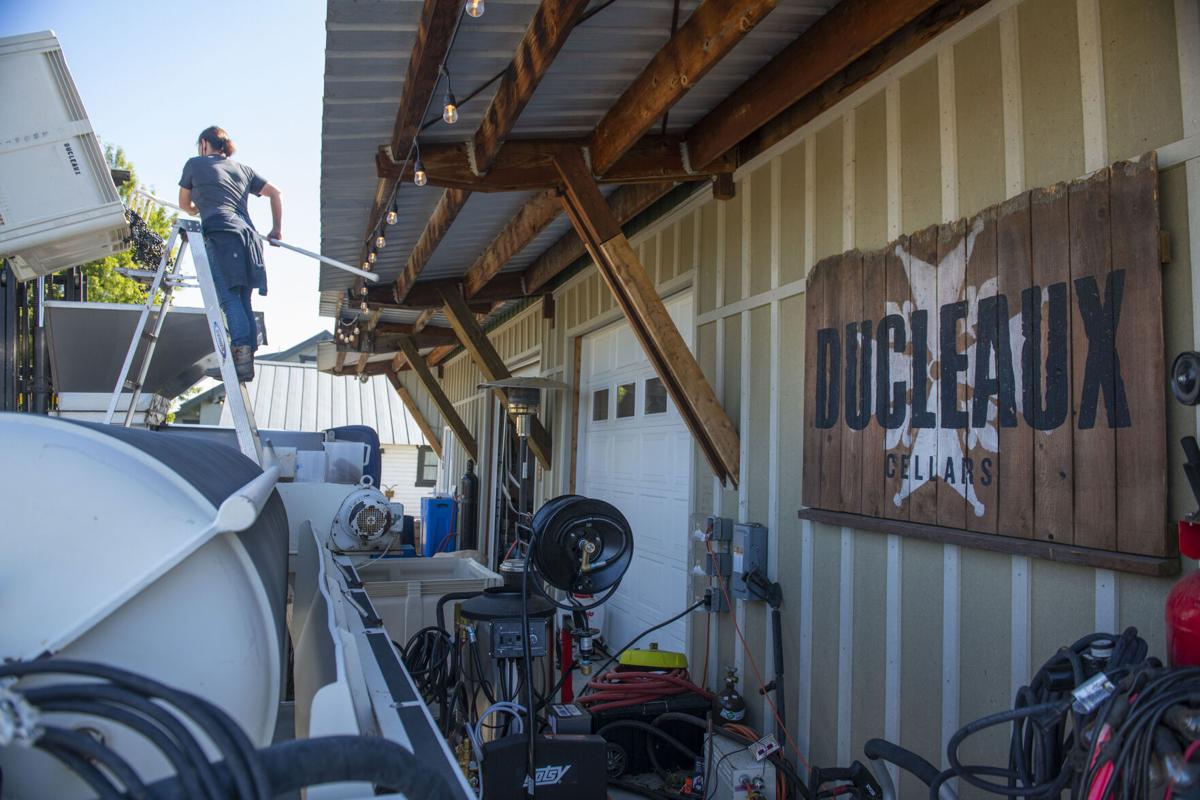 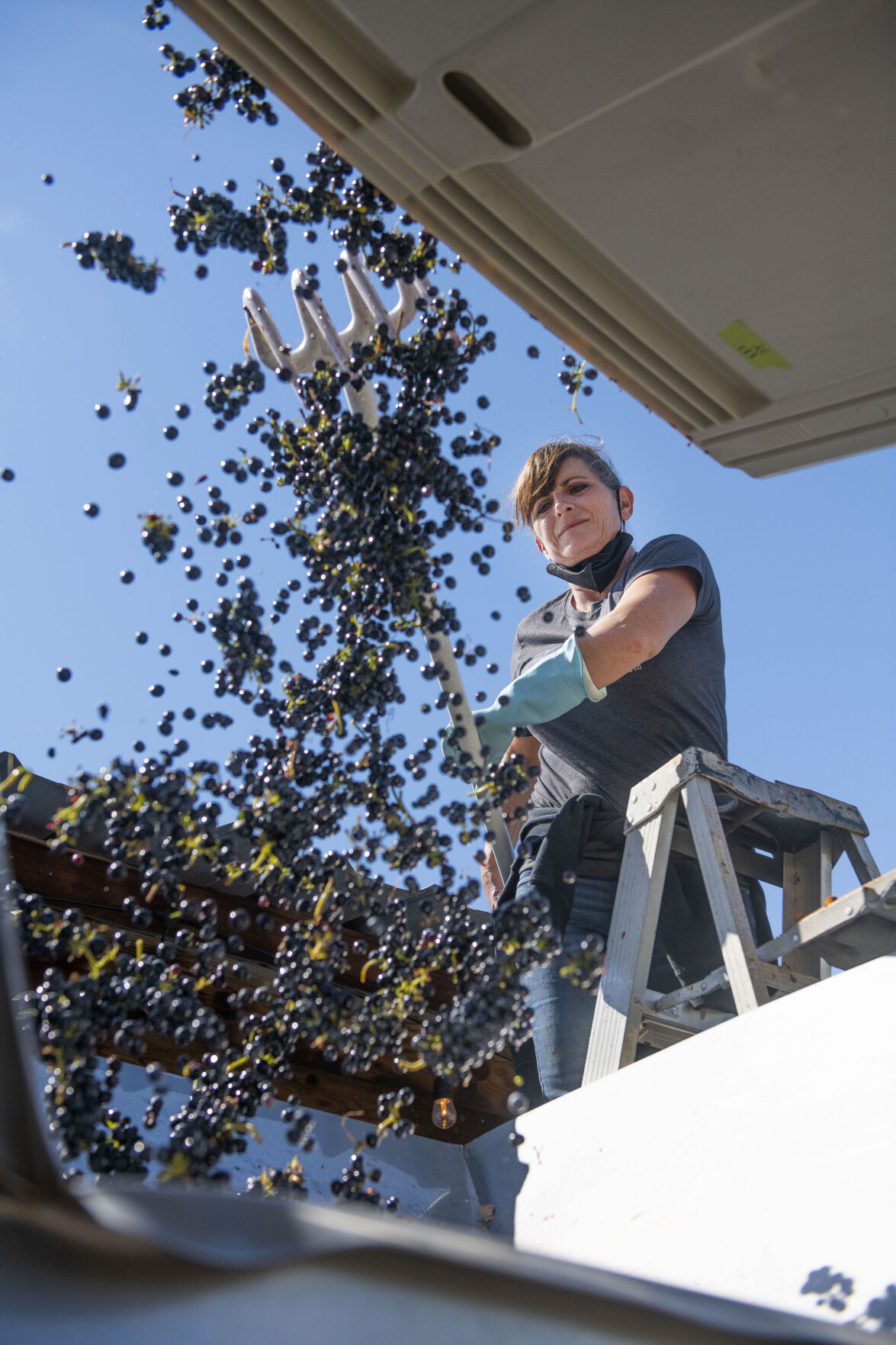 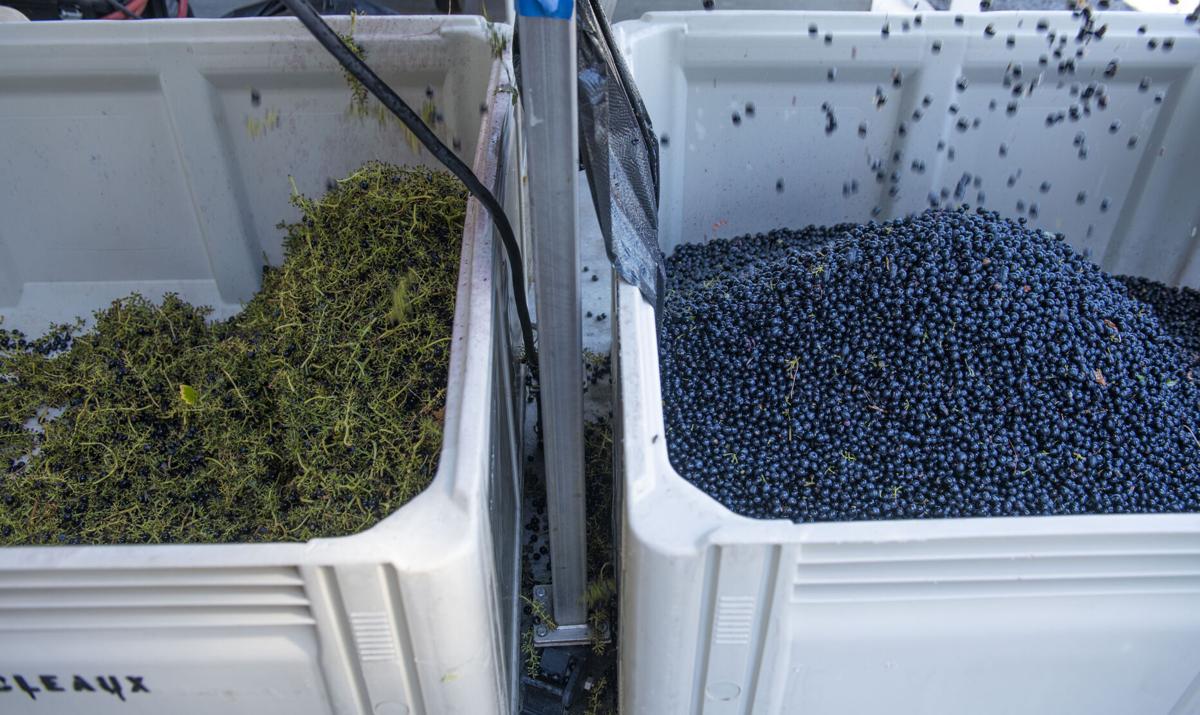 Berries and stems are separated during a syrah crush session at Ducleaux Cellars, Friday, Sept. 3, 2021.

Berries and stems are separated during a syrah crush session at Ducleaux Cellars, Friday, Sept. 3, 2021.

When Toby Turlay and Chris Dukelow decided to open a winery and tasting room in Milton-Freewater three years ago, they may have assumed the most difficult part would be making wine worth buying.

Navigating a global pandemic that has gripped the country and their home for the last 19 months was not part of the business plan.

This year, with the COVID-19 delta variant surging and hospital systems strained across the country, Turlay and Dukelow made a painful decision: Ducleaux Cellars is canceling in-person tastings.

Though the couple are fully vaccinated and are not likely to be hospitalized, the risk that a breakthrough case could impact their sense of taste and smell, a common side effect of COVID-19, is too great, they said.

“We have a family member who got COVID a year ago; she still doesn’t have her sense of smell back,” Dukelow said in an interview. “The worst thing that could happen to us right now during harvest is to lose our taste and smell.”

Passion and a hopeful start

It all started with a really bad cabernet.

Dukelow grew up in Richland, and as an adult he would often go wine tasting with his parents, where he developed a love for the art of fermenting grapes. Dukelow and Turlay drank a lot of wine, the pair said in an interview, and decided to try making a home brew for the fun of it.

The first batch was terrible.

But the experience was intoxicating enough for the duo. Dukelow went to a night school in Seattle to study grape-growing and winemaking, known by those in the industry as viticulture and enology.

In 2013, they produced their first commercial batch, and though the business was still largely a hobby, they weren’t producing bad cab anymore.

“You’re investing money in grapes, and so you better not screw it up,” Dukelow said.

After their kids moved away for college, the pair considered moving to wine country and found a beautiful piece of property in Milton-Freewater three years ago. They named it Ducleaux, a French-sounding play on Dukelow’s family name.

The first year, 2019, was dedicated to setting up the business. The next, 2020, was supposed to be about opening Ducleaux’s doors.

Turlay, wanting to be able to help more with the business, studied with the Walla Walla Community College’s Institute of Enology and Viticulture, finishing that program in June 2020. By then the pandemic had already hit, but the class had moved from hands-on work to studying models and memorizing charts, and her education was relatively unaffected.

But the business was hit hard from the start.

“The first year was about getting things ready to open up, then, about when we were ready, the pandemic hit,” Turlay said. “It’s been starts and stops.”

Umatilla County, where their business is located, has often had relatively high COVID-19 transmission rates for the state and region. But for a brief moment in 2021, it seemed like things were beginning to return to some sense of normalcy.

This year is a big one for Ducleaux Cellars. They currently source their grapes from the Walla Walla and Columbia valleys, but the plan had always been to turn Ducleaux into primarily an estate winery, making wine from grapes they grow rather than relying on another vineyard’s product. Now in their third year, vines planted in 2019 are being harvested for the first time.

The business owners had planned to have year-round tastings, and as vaccinations rose and case counts dropped this spring, Ducleaux opened its doors again for Friday and Saturday tastings.

“Our tasting room is in the winery, and we always had the big bay doors open,” Turlay said. “But that was before the delta variant took off.”

As hospitalizations began to skyrocket again, paralleling or surpassing the worst moments in the pandemic before that point, the couple decided to reverse course. Vaccination rates lagged behind the rest of Oregon and the U.S., and Turlay and Dukelow didn’t want to be in a position where they had to ask customers for proof of vaccination.

So they canceled tastings altogether. It was not a decision they made lightly.

“It certainly impacts the business plan and reduces revenue and our ability to sell wine,” Dukelow said.

But the risk, both to themselves and to their community, was too great, they decided. The senses of smell and taste are fundamental to a winemaker, helping them ensure fermentation is working the way it should and that the final product will be worth a premium.

“If you can’t smell that something’s going wrong, then you can’t fix it,” Dukelow said. “You could ruin your whole lot of wine.”

Turlay added: “I didn’t feel that sense of safety that we thought we had. I also didn’t want to be the source of spreading COVID, either. I would feel horrible.”

To try to recoup some of their lost revenue, the couple has tried to lean on virtual tasting events, an option that has proven popular with some businesses leading team building meetings and the like. And, Dukelow noted, they produce a commodity uniquely suited to sitting and waiting for a better day.

“We are fortunate in that most wine made well does better with aging,” Dukelow said. “So it just means we’ll have more inventory we’ll need to sell when the pandemic’s over.”