Allegro Cyclery on Main Street is one of 16 venues that will host nearly twice as many breweries for downtown’s first ever BrewFest this month. 1-31-20 Lehman Photo 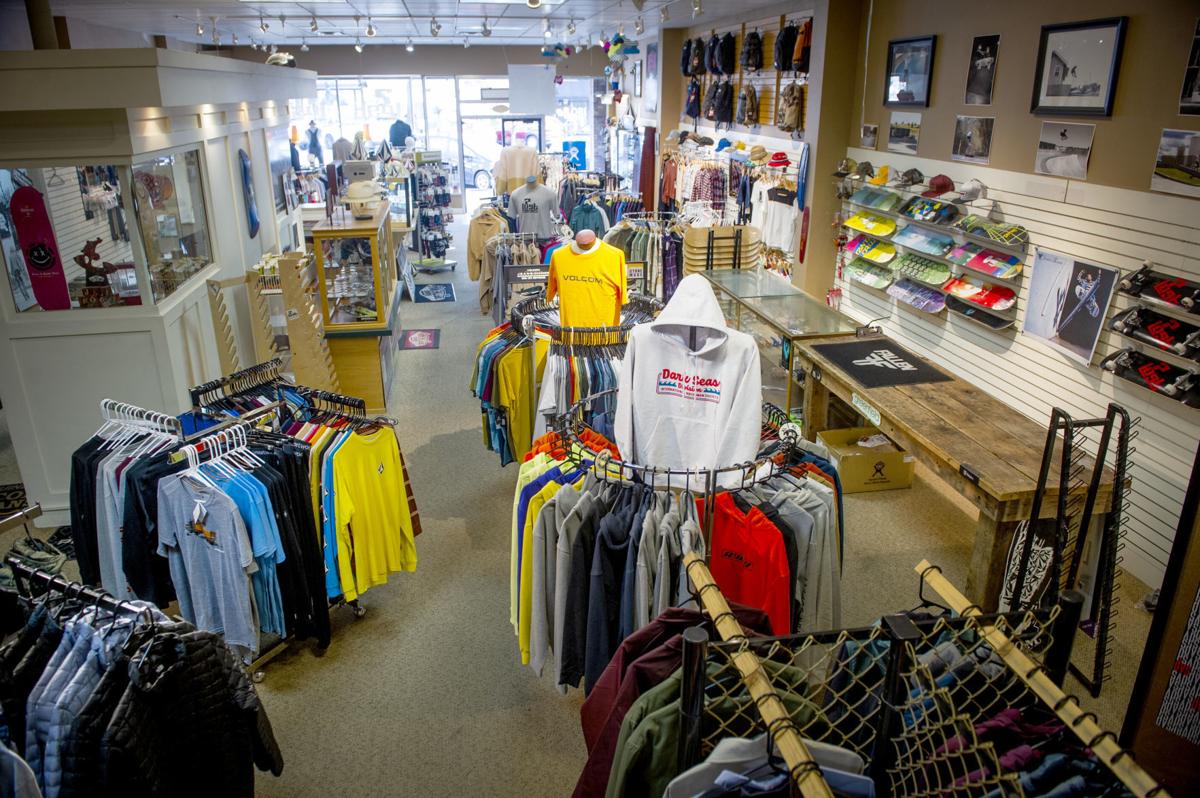 The long counter along the side wall will, right, host The Prodigal Son and Burwood Brewing Co. at Lost, one venue for this month’s BrewFest.

Allegro Cyclery on Main Street is one of 16 venues that will host nearly twice as many breweries for downtown’s first ever BrewFest this month. 1-31-20 Lehman Photo

The long counter along the side wall will, right, host The Prodigal Son and Burwood Brewing Co. at Lost, one venue for this month’s BrewFest.

What do you get when you set up craft breweries at downtown retail and other businesses?

Besides tasty beverages, of course, the hope is for a shot of activity at a traditionally slower time of year for sales.

Walla Walla BrewFest, the brand new event created by the Downtown Walla Walla Foundation, offers something for beer-lovers with 29 breweries expected to pour Feb. 8. But if you want to get to them, you also have to meander into a bookstore, a coffee shop, clothing boutiques, and even a natural pet care center.

That part has captured the excitement of local merchants.

At D’Olivo Tasting Bar, the Main Street shop that specializes in olive oils, vinegars and kitchenware, owner Roni Hosfeld said a pair of breweries will be set up in the back portion of the store.

“It will give people a chance to walk through and see all that we have to offer,” Hosfeld said.

Hosfeld said the shop at 10 E. Main St. often gets an influx of shoppers near Valentine’s Day, but February overall is typically a slower time of year.

With the incentive of beer tasting — including from breweries locally and from across the region — she believes she’ll be able to introduce her business to potential new customers.

“I’m hoping it brings some people into the store who haven’t been there before,” she said.

BrewFest, coordinated by downtown foundation Events and Public Relations Manager Cindy Frost, is modeled after the Ellensburg Winterhop Brewfest, where sold-out crowds of about 1,700 people travel deep through local businesses on their way to sample beer.

In the case of Walla Walla’s event, it also includes four cideries.

“This was the whole idea of doing the BrewFest and doing it in February — to give the downtown merchants a shoulder event,” downtown foundation Executive Director Bonnie Bowton said.

More than 250 presale tickets had been sold by the middle of last week, she said. The number is a good start for the inaugural event with a week left before its launch.

At Allegro Cyclery, 200 E. Main St., the relationship between the business and breweries is an ongoing one. The shop partners with Quirk Brewery in early September for the Walla Walla Grit event. So co-owner Kathryn Austin said the business jumped at the chance to support local breweries for this event, too.

“Anything that is going to potentially bring in extra folk during the ‘off-season’ is always welcome,” she said.

With a downtown known for tasting rooms, the infusion of craft beer could draw a whole new audience to Main Street.

“The beer culture seems to be a bit more laid back than wine, so we expect to have a lot of cheer and happy people walking around town,” she said.

One thing they won’t be able to do is walk downtown with beer in hand, Bowton clarified. For this event, the $40 pre-sale tickets ($50 tickets will be sold the day of) will get participants five sample pours from breweries of their choosing in the provided souvenir glasses. Participants can also pay for additional tastings either in advance or the day of.

Each merchant will have a special section designated in-store for the guest breweries. The beers must be consumed inside the businesses. Volunteers will help make sure alcohol doesn’t leave the businesses or is consumed on the streets.

The event is a chance for merchants, too, to offer their own attractions, sales and incentives.

At Lost Boardroom, owner Mike Donnelly has rearranged the skateboard bench that typically serves as a work station for the area where The Prodigal Son and Burwood Brewing Co. will pour.

“It gives us exposure in a transition month between winter and spring,” Donnelly said.

With snow on the mountain, sales of winter gear have mostly run their course. But it’s also not quite time for spring sales to begin moving, he said.

Whether BrewFest results in more in-store transactions that day remains to be seen. Donnelly, though, thinks the event could have a bigger impact in the long run than on that one day.

“I think people will find businesses they’ve never been to before,” he said.

We’ve been here since ’05, and we still get people who say, ‘I never knew you were here, and I didn’t know you carried this.’”

Participants will all start the event in the same spot: between Macy’s and Book & Game Co.

There Bowton said participants will check in and pick up their bracelets and maps of downtown.

BrewFest doubles as a fundraiser for the downtown foundation. All of the beer will have been purchased by the membership nonprofit in advance, so breweries will have sold their product.

While beer-lovers may see it as a chance to tap their favorite drinks, the long-term benefit could be showing off all that the downtown has to offer, Bowton said.

“May the weather gods shine on us, please,” she quipped.

The Showroom on Colville

*According to data listed on the downtown foundation website.