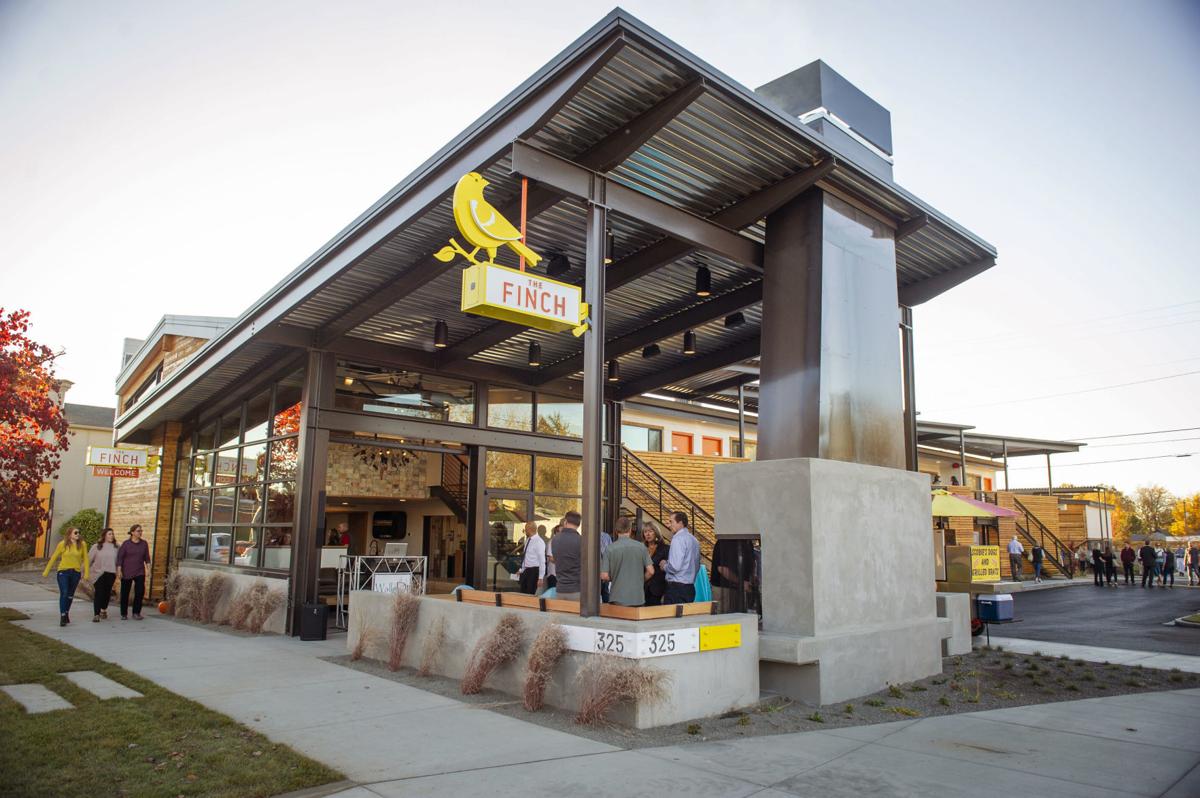 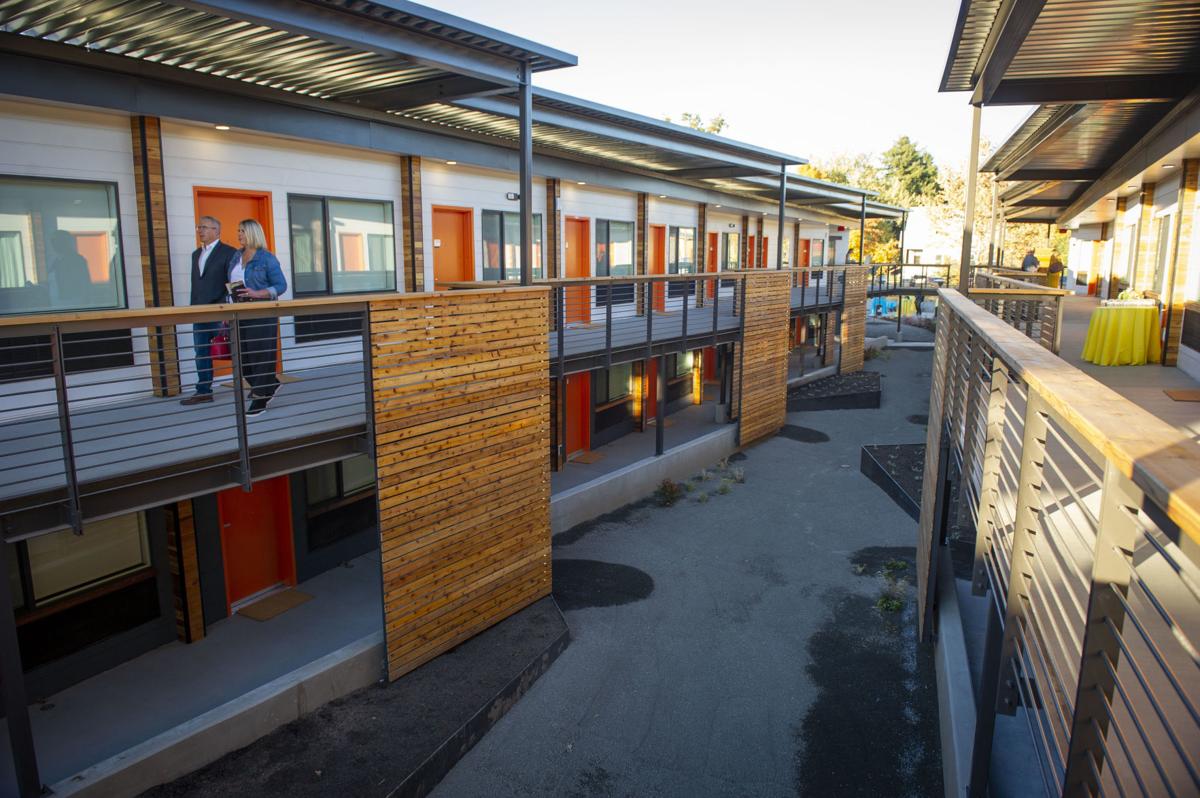 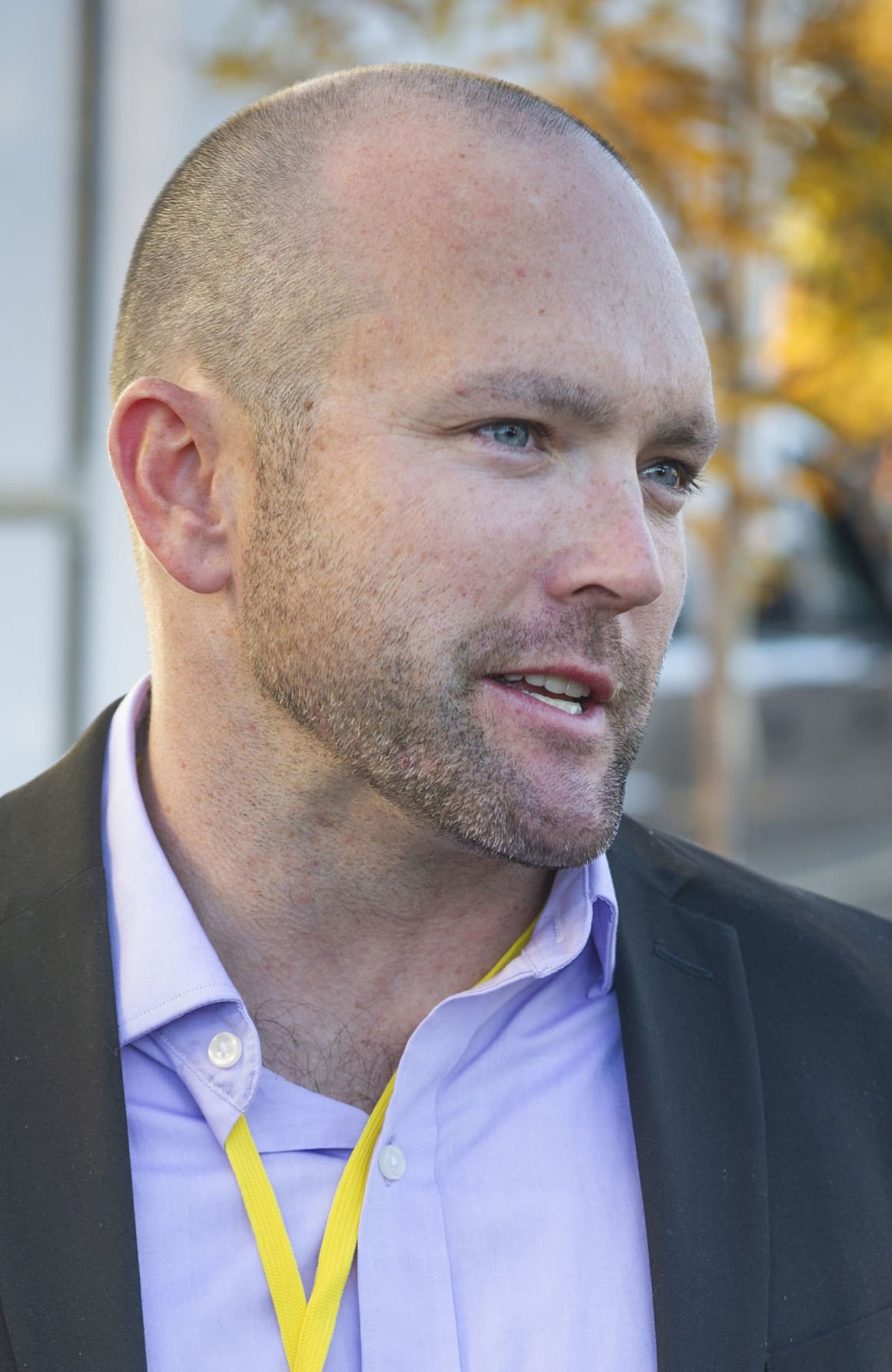 The opening last week of downtown Walla Walla hotel The FINCH made it easy to see how owners have embraced a bird theme in the names of their lodging properties.

The Main Street hotel is intended as a place, after all, for those making a landing here. But it’s also marketed as a launchpad for them.

“Our big goal here is to create a base camp,” said Matt Skaletsky, The FINCH’s general manager. “We want to push everyone out into the community to explore.”

There to witness the opening and check out the more than yearlong renovation of the former Red Lion Inn & Suites (also formerly known as Walla Walla Vineyard Inn, Howard Johnson, and Pony Soldier Motor Inn) were crowds of restaurateurs, hoteliers, winemakers, elected and appointed leaders and other business owners and residents. Essentially, people who may have a hand in driving visitor traffic.

The opening at 325 E. Main St. is significant in a number of ways, attendees at the open house pointed out. It returns 80 guest rooms to the inventory after more than a year’s absence in a market that during peak times is at full capacity. In doing so, it turned what had been a history of franchise operations of national chains and converted it into an independent boutique customized to highlight Walla Walla assets. And behind it was a development and ownership group with a history in building and hospitality that sees a strong future for the market.

The FINCH property was bought by a group made of investors who are the ownership behind The Lark in Bozeman, Mont. The group is registered as the Imperial Five Hundred LLC. Although most of the partners wish to remain anonymous, they collectively have backgrounds in architecture, general contracting and venture capital. The president of the company is Jon Evans, founding partner of Bozeman-based North Fork Builders.

This investment follows the one by Fire & Vine Hospitality in its partnership and operation of Walla Walla Steak Co. and Crossbuck Brewing, along with Eritage Resort. Composed of the team behind El Gaucho Hospitality , plus chef Jason Wilson, the Fire & Vine investment was part of an affirmation in the community’s future as a destination for food and drink.

“These aren’t chains coming in,” Thiessen said. “These are regional, boutique and highly successful hospitality groups.”

Visit Walla Walla CEO Ron Williams echoed the inevitability of outside interest and investment. This project, he said, means downtown is anchored at each end with lodging attractions: the historic Marcus Whitman Hotel & Conference Center on one side and the transformed mid-century modern motor lodge now known as The FINCH at the other. He said Columbia Hospitality’s reputation for restoration and reboot has come to life here.

“They are really good at this, and it is exciting to see The FINCH property transform into something fresh, young and attractive within the context of the original building,” Williams said.

The FINCH took the motel that had been originally constructed in the 1960s and renovated it with modern details and amenities. The concept was designed by THINKTANK and Fernau + Hartman architecture firms. General contractor Elements Hospitality carried out the vision.

The revitalization is the hallmark of the architects, said Skaletsky, who moved with his wife, Grace, from Maui for the job here.

“They really like to take these older motel-style buildings and redesign them without tearing them down to the bones,” he said.

The minimalist design belies the meticulous work on the property. Skywalks that didn’t exist before connect the individual buildings in the sleek open-air design. An outdoor fireplace at the entrance of the common area serves as a gathering spot.

For the open house last Thursday a DJ played music at the entryway on the Main Street end of the property while live music from Diego and the Detonators was entertained guests on the Rose Street end. Scobies Dogs and Brats served food from a mobile cart near the fireplace while tables of food from Walla Walla Steak Co.’s catering operation were set up throughout the property.

“It’s those relationships we want in this town,” Skaletsky emphasized.

Partnerships such as those will help the front desk operators — referred to as “guides” at The FINCH — know where to send guests out for exploration. The hotel, which capitalizes on the community’s recreational and competitive bicycling draw, offers a tune-up station and storage units for bikes, in addition to cruisers that can be used by guests.

“Go out and enjoy,” Skaletsky said. “Then come back. We’ll have the fireplace ready.”